Belize Gangs: Map and Breakdown of the Belize Slums

Tour and Breakdown of Belize Slums

In the heart of the Belize slums are Belize gangs that have become aligned with the Los Angeles affiliations of Bloods and Crips within the country’s largest city, Belize City.

With the lack of opportunities and only access to a few resources, thousands of Belizeans have been migrating towards the United States since the mid-1900s, especially into places like Los Angeles. The idea of better opportunities through gainful employment and being able to provide for one’s family, whether establishing a home in the United States, sending money back to loved ones in Belize, or saving enough before making the journey back to their native country, has driven migration from Belize into the U.S. 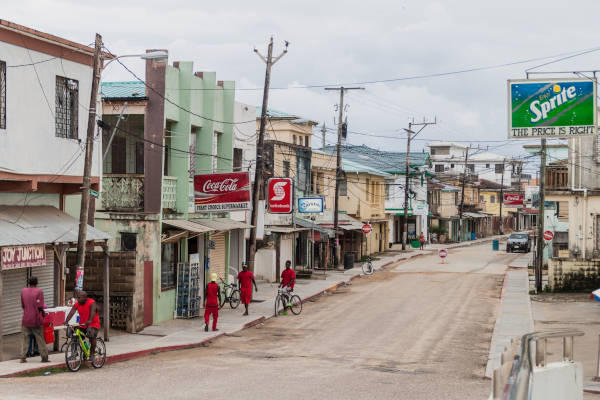 As people were relocating into the United States hundreds were simultaneously moving back to Belize. While making their journey back, many brought with them newly found cultures from the United States. After settling into sections of South Central, a number of Belizeans embraced the Los Angeles gang culture of Bloods and Crips. The arrival of Bloods and Crips in Belize has been occurring since the 1980s.

Since the arrival of Bloods and Crips, activity in certain sections of Belize City, outside of the tourist districts, has caused a rise in the homicide rate that has at times been much higher than most cities in the United States. Due to ties that many had with Los Angeles, Belize gangs within Belize City have created their own sets of Blood and Crip gangs, identifying with their own culture and communities.

**Map of Belize Gangs. Not created by KultureVulturez.com**

A country about the size of Massachusetts, with a population barely reaching over 400,000 and an economy that is based around tourism and a few exports of local goods, has had its share of difficulties over the years.

In the very beginning of Belize’s existence, Belize was the only country in Latin America, outside of the Caribbean and Brazil, to not be colonized by the Spanish. The arrival of the British led to the colonization and control of a region that was formerly known as the British Honduras. 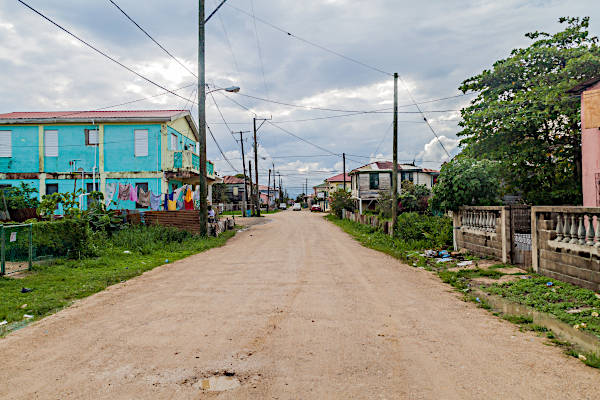 During the British rule, numerous African slaves were imported into the territory to work on the sugar plantations, which is the reason for today’s large population of Creole or Afro-Belizean. Not until the early 1980s did the people of Belize gained their true rights and independence from the once colonizers of Great Britain, meaning Belize only has been an independent nation for close to 40 years.