A young artist out of Trotwood, a small neighborhood on the West Side of Dayton, has all the talents in the world to become the next star out of Ohio.  A short interview breaks down his path into becoming the artist he is today together with his upbringing in Dayton, Ohio.

Already with a following online, from over 6k followers on Instagram to over 10,000 monthly listeners on Spotify, as well a hit song in the making “Chosen One” that has gained thousands of views in one month, Boogie Woods’ talents has all the abilities to reach the top of the rap game. 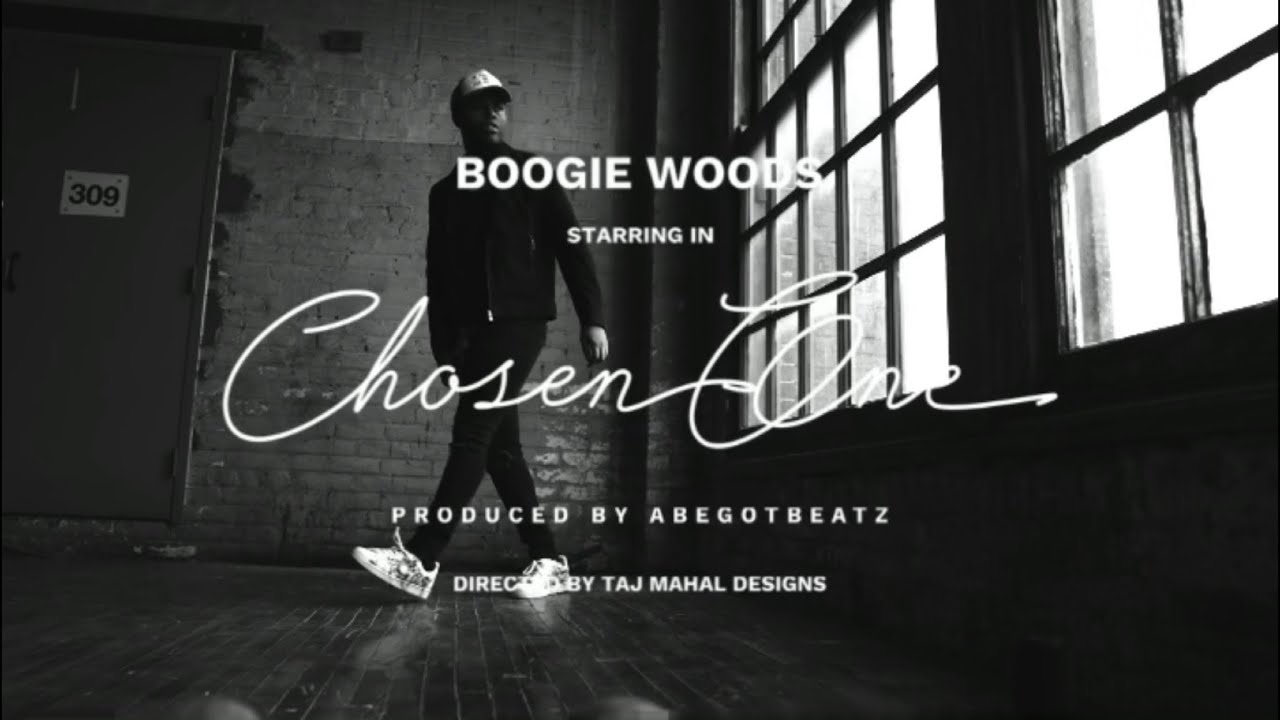 Meet and Get To Know Boogie Woods

Kulture Vulturez: What is the music scene like in the city of Dayton, Ohio?

Boogie Woods: Dayton, for sure has a music history.  A lot of people do not give us our credit, but we are the originators of funk music, like Zapp and the Ohio Players, a lot of legends and a lot GOATs came out of here.

The music scene right now, it’s a good little buzz growing in the city on the music side as I keep my ears to the ground and to the streets.  The music scene for sure is growing.

Kulture Vulturez: How has growing up in Dayton mold you as an artist?

Boogie Woods: Well, Dayton, if you ask anybody from Dayton they would say they hate it here, but it is not that bad.  There is not too much going on, it’s pretty boring.  So, growing up in Dayton you pretty much have to make your own fun, make your own events, and make your own experiences.  That all comes from who you surround yourself by and who you are surrounded by.

It really molds you depending on what part of Dayton grew up in.  I grew up in the ‘Wood, Trotwood, the West Side of Dayton.  So, I grew up with a lot of good people, my boys Chop, DP, Swayve, my sister Zee.  It is what you make it, you are your environment when you grow up around it.

Kulture Vulturez: Is the West Side the main side for urban and black people?

Kulture Vulturez: What is the history, or the culture like in Dayton, OH?

Boogie Woods: It is a showboat city, low key.  People are going to pull out their cars with their 24s and their old schools, while the old heads with their old Cadillacs and Coupe Deville’s and drop them with some Daytons [rims].

Kulture Vulturez: What are some of your best memories growing in Dayton that standout?

You coming home from school and get you some chili cheese fries, get you a little soda can out of the vending machine, and that’s going to be your after school snack.  So, that’s the best memory I have.  Just that commute back and forth from school with your homies growing up.

Kulture Vulturez: When listening to your music can they get a sense of Dayton culture?

Boogie Woods: Oh yeah, for sure.  A lot of people be listening to my stuff and they hear the words, and they be like what does that mean.  Because I throw a lot of Dayton slang in there.  Slang here in Dayton is way different from anywhere else.  So, you are going to get a real taste of that Dayton talk when you listen to me.

Kulture Vulturez: How long have you been writing music?

Boogie Woods: Personally, writing and recording my songs I have been doing that for 11 years, starting at eleven.  I started to take it serious at 14.  14 is when I got a computer and started recording myself.

Kulture Vulturez: What made you to begin recording music?

Boogie Woods: I always been influenced by music and really moved by it.  I came from a musical family.  I knew it was something I always wanted to do, so taking it seriously was something that was inevitable.

Kulture Vulturez: What did you grow up listening to, what type of influences did you have?

Boogie Woods: On the influence side, it was all over the place because everybody in my family is kind of different.  So, I’m listening to Marvin Gaye, Earth Wind and Fire with my grandfather, I’m with my Aunt I’m listening to John Legend, my mom is a real down to earth type of person, so with her I’m listening to Lauryn Hill, and my sister likes the hood stuff.

Kulture Vulturez: For someone listening to your music for the first time, how would you explain your style or sound?

Boogie Woods: I would really tell them that I talk through my music.  So, your going to get a little taste of Chicago, Atlanta, and West Coast inspired sounds interwoven in between it, but I’m talking that reality side of it.  If you actually want a story, if you want to hear somebody talk about their life experiences then that is what you are going to get from me.

Boogie Woods: What makes me standout is my love for the craft.  I’m not doing this for the clout or the fame, or anything like that.  I’m doing this because I genuinely love music.  So, if you want somebody that actually puts the time into the craft, because it is something that they love and not something that someone is doing for a little ten seconds of fame off some Tik Tok person dancing to their songs, then come listen to me.

Kulture Vulturez: What are your favorite songs that you have personally released?

Boogie Woods: My favorite project that I put out is Colours, just because I had the chance to expand on my personal style and find myself.  Favorite song, I probably will say “Understand”.  That was off that project [Colours], I felt like I really got a chance to introduce my self as a person.  I got to mix my personal life and who I was as an artist together perfectly with that song

Kulture Vulturez: What do you think your legacy is going to be when it is all said and done?

Boogie Woods: Legacy wise, I just want people to recognize the hustle, the hustle and the faith.  Since day one I ain’t never gave up and it’s going to pay off.  So, I want that to be my legacy.  People talking about how a kid from the West Side of Dayton, who nobody expected to do nothing, kept at it and put his head down really grinding and made it to where he wanted to be.

Kulture Vulturez: What is next for Boogie Woods?

Boogie Woods: I just dropped my recent single The Warm Up, that’s out everywhere right now.  That is my last single before my next tape comes out, which is called No Losses Just Lessons, so be on the lookout for that.

Music Available on All Platforms