Back from a brief hiatus arrives a mixture of pop music, rhythm and blues, and soul in the form of gifted singer and songwriter Brandyn Burnette as the talented artist has blessed the listeners with new hit songs, “Swish,” “Punching Bag.” and “Addicted.”

Being inspired by a wide range of artists and coming from a family that has an accomplished background in music, as well accomplishments of his own that include being a top contestant on American Idol, co-writing for Keith Urban, Rich the Kid, and Backstreet Boys, and gaining close to 1 million monthly listeners on Spotify along with over 4 million views on YouTube, Brandyn Burnette is an artist that should not be overlooked.

With the opportunity to interview and get to know Brandyn Burnette we were able to learn his musical roots from the history of music in his family to what initially led him to begin a career in music, his proudest moments as an artist, his love and passion for songwriting, his most cherished song, future plans and expectations, and much more. 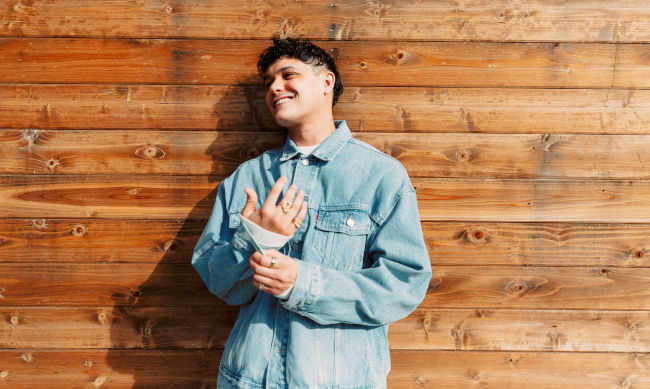 Meet and Get to Know Brandyn Burnette

Kulture Vulturez: What inspired you to begin a career in music?

Brandyn Burnette: I was inspired to do music full-time after a talent show I did while at New York University. Before that, I was always writing music as a hobby to express myself. But winning that talent show at an extremely talented school like NYU gave me validation that I had something special to offer as an artist.

I also met a producer who was studying at the Clive Davis School of Recorded Music who started co-producing music with me which gave me a chance to take my early songs to the next level.

Kulture Vulturez: Does your family have a background in music?

Brandyn Burnette: My sister LaRaisha is an extremely talented singer & performer. My great grandfather & great uncle had a legendary Ska group called the Folkes Brothers. They wrote a #1 hit in Jamaica in the 1960s called “Oh Carolina”. My step dad O’Bryan was also a recording artist in the late 80s on Capitol Records. He also wrote & performed the theme song for Soul Train.

Kulture Vulturez: What are some of your most proudest moments as an artist, or your most cherished accomplishments?

Brandyn Burnette: My proudest moment as an artist was the first time I heard one of my songs on the radio. Back in 2014 when I was signed to Warner Bros, my single “Thanks For Nothing” started getting early radio tests at KIIS FM, and I’ll never forget when my family called me telling me they heard it. Another huge moment in my career was having my first #1 song as a songwriter. I wrote a song for a Canadian band that got nominated for a Juno award & played all over the radio, landing at #1.

Recently, I had a song called “All Time” with two Canadian artists Jamie Fine & Takis that broke top 30 on Canadian radio. Seeing that people were hearing me on the radio almost everyday over there was a really special feeling. And probably my most proud accomplishment was having the Backstreet Boys release & perform a song I wrote. They were my very first concert & my song was a part of their comeback album almost 20 years later to the date.

Kulture Vulturez: What do you love the most about songwriting?

Brandyn Burnette: My favorite thing about songwriting is the ability to put emotions into words & melody that can help other people. Songwriting is therapy for me, but it’s even more special when a song I write can be therapy for somebody else. Songs can help articulate a feeling that is hard to put into words. Music is such a powerful medium that can help songwriters be a voice to the voiceless.

Kulture Vulturez:  What’s your favorite song that you’ve made?

Brandyn Burnette:  One of my favorite songs I’ve ever written is a song called “Lost”. I wrote it for 2 fans that had recently lost a friend of theirs to suicide. It was a cathartic experience because the day I wrote it, I was at a complete loss for words.

So, instead of trying to tell them it would be okay through the song, I wanted to write an honest song about how confusing losing somebody can be. To date, that song has connected with so many people across the world who have lost something in their lives, whether that is a job, a pet, themselves, a friend or a loved one.

Kulture Vulturez: Can you briefly explain to the readers about your two latest songs ‘Punching Bag’ and ‘Addicted’?

Brandyn Burnette: “Punching Bag” & “Addicted” are polar opposite emotions. The former was written in a really dark, confusing time of my life where I was deciding to leave a relationship that had become toxic & unhealthy. The latter, “Addicted”, was written after I spent some time healing & opened myself back up to falling in love.

“Punching Bag” is a deep dive into the emotions that came from leaving something I was afraid to leave. And “Addicted” was about me being open to love again. And feeling helpless to when love comes knocking.

Kulture Vulturez: What can people expect from you in the future?

Brandyn Burnette: People can expect a lot more music. I’m releasing a new single every month for the rest of 2021. I also plan to start touring & playing more shows beginning of 2022. There’s some exciting collaborations coming up as well as some incredible new music I’m working on. Eventually I want to release my ‘debut’ album, which I’ve been slowly creating & writing new songs for.