Full Breakdown and Story of the St Louis Hoods

In a city known to the locals as Hustle City with a reputation that may make some people afraid, the city of St. Louis, as well the urban areas of St. Louis County, have much history within the streets of the St Louis ghetto.

Just north of the Arch, Busch Stadium, and other downtown St. Louis attractions was the once heart of the St. Louis ghetto, a small section along Cass Avenue on the city’s North Side, but known locally as Downtown.

The community centered around Cass Avenue was once the home to a half of dozen public housing complexes that were first constructed during the 1940s and 1950s as a replacement to the former so-called slums of Mill Creek Valley and Desoto Carr, which were some of the city’s first black communities.

The multiple housing projects that were built in the area included Carr Square, Cochran, Blumeyer, Pruitt-Igoe, George Vaughn, and Laclede Town, which was a mile away in the former Mill Creek Valley community.

Pruitt Igoe, which was one of the country’s largest housing complexes with 33 high rise buildings, was segregated with one half for white families and the other half for black families.  Eventually, the large complex was demolished during the late 1970s due to the large amount of vacancies, which led to massive poverty and crime. 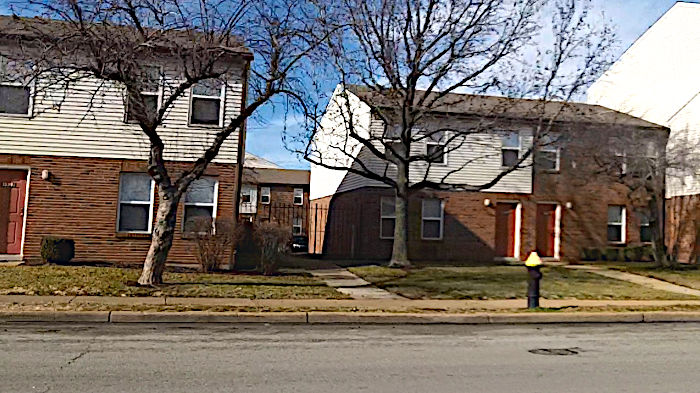 Before popular culture and individuals from Los Angeles introduced Bloods and Crips into the urban neighborhoods of St. Louis, the city was divided with homegrown St Louis gangs and cliques, especially in the Downtown area with JVL Posse, VTO (Vaughn Takin’ Over), and the Thunderkats of Laclede Town.

After Pruitt Igoe’s demolishing, the focus of the community would be in the George Vaughn complex, home to VTO, Laclede Town, the Blumeyer, known as 33Blu for its location around the 3300 block of Delmar, and the Cochran Mob (or DTACC) around 8th Street.

Today, the Downtown community mostly consists of the Ofallon Place apartments (OPz), as well the small rebuilt section of Cochran.  The majority of the area, from the old housing projects like Blumeyer and George Vaughn to the old blocks like Helen Street have been completely transformed by either being rebuilt or demolished.

The Ville, another famous historic black community of St Louis, was home to some of the country’s first all-black public institutions while also having residents like Tina Turner, activist and comedian Dick Gregory, Arthur Ashe, the creator of Rock music Chuck Berry, and many other famous and prominent African Americans to once reside in the neighborhood.

After desegregation, with Taylor Blvd. being the once racial dividing line, many decided to leave the community, at least the ones who had the finances.  This would later lead to the decline of the Ville, a large neighborhood that expands from the North Side to the West Side.

Expanding from Natural Bridge to Martin Luther King, or from Lexington to Aldine, and sitting between Marcus and Vandeventer, the Ville neighborhood is at times unnoticeable compared to its glory days as the community is the prime example of the current state of many inner city St Louis ghetto communities. 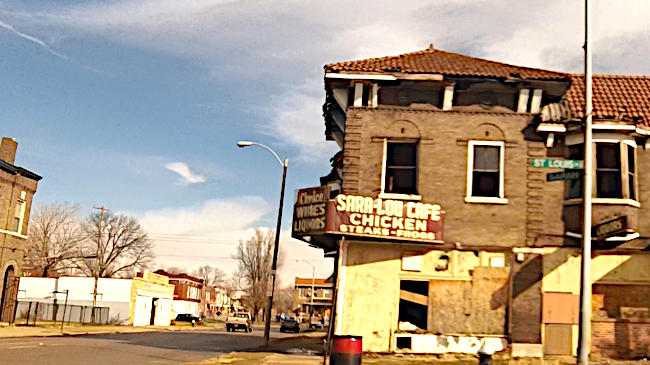 The vacancy of homes and empty lots, especially south of St. Louis Avenue, almost plagues the entire community, despite the efforts to rebuild a few blocks in the community, which could be a sign of gentrification.

Starting in the late 1950s and early 1960s, and increasing during the 1970s and 1980s, black families began to move into the city’s North Side as white flight led white families into the North St. Louis County.

Before white flight, neighborhoods like Jeff Vander Lou (JVL) were segregated communities with designated sections for black families.  But during the 1950s and 1960s, white flight gave the black community opportunities to expand further north along Grand Blvd. into the Ofallon Park and College Hill neighborhoods. 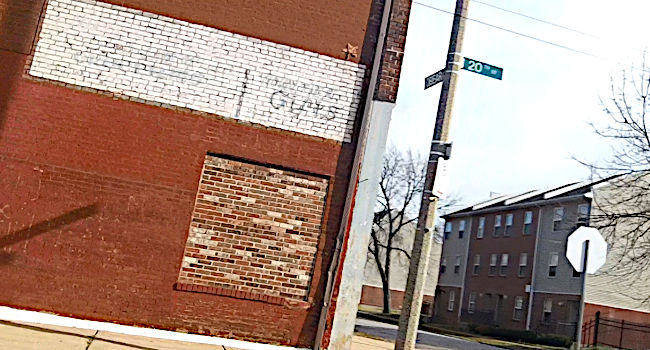 Not until the 1970s and 1980s, after the destruction of the large Pruitt Igoe housing complex, did the North Side become predominantly African American as hundreds of families relocated into areas like Walnut Park and eventually Baden.

The reputation of St. Louis’ North Side began soon after, with each block adopting their own set, from along Broadway to around Grand Blvd.  St Louis hoods like the OPAC (O’fallon Park Associate) home to Adelaide and 44Bud, Walnut Park’s BAD blocks (Beacon Alcott Davidson), College Hill’s DUB DST (20th & Desoto) and DUB JMV (20th & John), College N Carter and many more.

From St. Louis City, between Natural Bridge and Delmar, to St. Louis County, communities south of Interstate 70 and west of Kienlen Avenue, the West Side has proven to be the heart of the St. Louis ghetto.

Before the arrival of the Bloods and Crips, St Louis gangs were already somewhat established, like the Westside Rockers, Hardy Boys, Boys of Destruction, and many more.  As the movie “Colors” brought the lifestyle of South Central into the spotlight, many people were fascinated by Los Angeles’ gang culture of Bloods and Crips, which in turn led to many neighborhoods to begin to identify with either of the two.

Numerous St Louis hoods of the West Side would adopt the Blood moniker, like the Horseshoe, which was the first official set in St Louis, Hodiamont, Wellston, and numerous other West Side neighborhoods.  While rival areas would often adopt the Crip moniker, primarily Rollin 60s, in areas like 59Wabada, 13BOD (Boys of Destruction) or 51Skan. 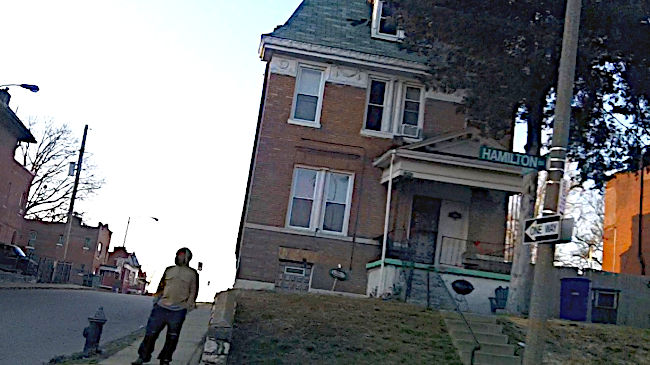 In St. Louis County, the St Louis gangs of the Bloods and Crips expanded into the numerous of neighborhoods along Natural Bridge and Page Avenue. Neighborhoods within the St Louis ghetto of Pagedale, Hillsdale, Pine Lawn, and the small city of Wellston.

Before the vast majority of the West Side neighborhoods became predominantly African American, Taylor Boulevard served as the racial dividing line with neighborhoods like the Ville and Finney Avenue being the only areas designated for black families.

By the 1960s, black families were beginning to move into these once segregated communities starting in neighborhoods like the West End, along Goodfellow Boulevard, or into St. Louis County communities like Pagedale or Wellston. 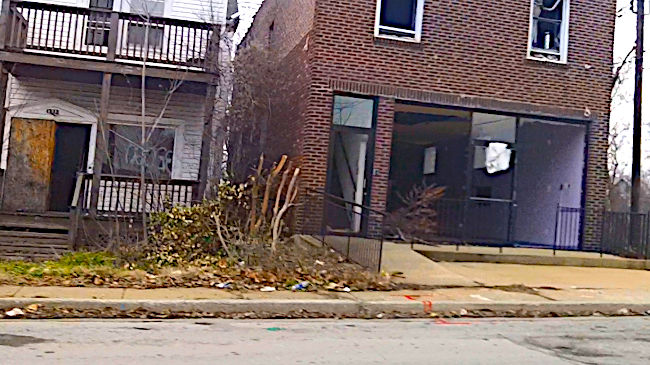 The city of Wellston, right outside of the West Side.

By the 1980s, expanding all the way towards Interstate 170 the entire West Side became a key part to St. Louis’ black population as the majority resided in these urban areas of the St Louis ghetto.

Currently, gentrification is affecting many communities and sections of the West Side, especially neighborhoods around Delmar Blvd., which is the modern day racial dividing line.

With the West Side being filled with vacant lots and abandoned homes and neighborhoods neighboring the Central West End, Delmar Loop and other iconic areas are slowly being gentrified, the West Side’s population is moving further west along St. Charles Rock Road and as far as Maryland Heights.

The South Side has traditionally always been predominantly white, especially west of Grand Boulevard and around Hampton Avenue, but there have been certain sections like Park Avenue that have been within St Louis’ urban and black community for generations. 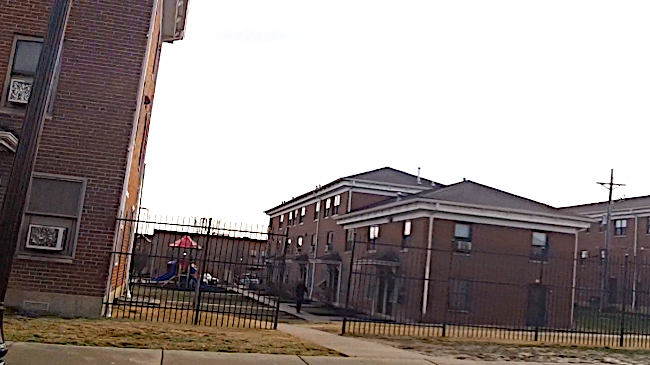 The heart of the South St Louis ghetto, the Peabody projects.

Further along Park Avenue, on the other side of Lafayette Park, is the most known section of the South Side, an area by the name of the Clinton Peabody housing complex, or  known locally as The Projects, along with the former Darst Webbe housing project, which were built during the 1950s and 1960s and demolished by the 2000s.

On the other side of Grand Blvd. are two separate neighborhoods the have been the heart of the South St Louis ghetto, Mcree Town, known as the Darkside, and Manchester Avenue, a once historic black community that was demolished and became home to the the blocks of 4300 Gibson and 4500 Oakland. 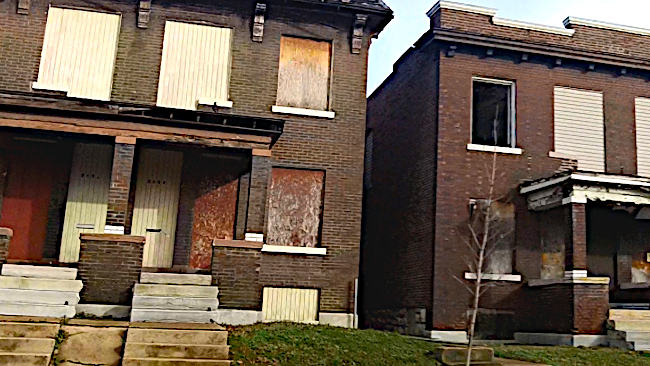 With their close locations to downtown, St Louis University, the Botanical Gardens, and the South Side’s middle-class neighborhoods these two communities have drastically changed due to be one of St Louis’ most gentrified areas.

South of Interstate 44 is the other side of South St Louis, a section that has been constantly growing as people from North City, as well the older communities of South City, have been relocating into the South Side’s “State Streets”, which started during the 1980s and 1990s, and now includes various St Louis hoods.

Before the 1970s, African Americans only lived in Kinloch and Robertson, two former historic thriving black communities that were demolished for an expansion to Lambert International Airport that never occurred. During the 1970s the black population expanded into the isolated areas of Berkeley and Hathaway North in the Black Jack area.

From the 1980s and well into the 2000s, apartment complexes helped changed the racial makeup of North County as most were designed for lower income and working class black families and constructed in areas between Parker Road and Lucas-Hunt. 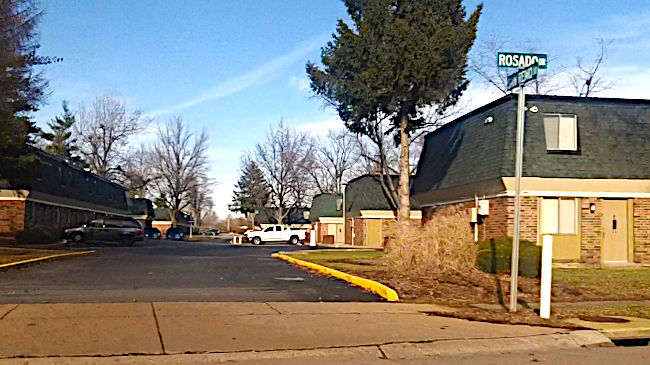 The Countryside apartments in Spanish Lake.

The apartment complexes led white families to move into different sections of the St. Louis Metropolitan, sections like West County or St. Charles County.  By the 2000s, North County, which was predominantly white before the 1980s, became predominantly African-American with exception to the cities of Florissant, Hazelwood, and certain parts of Ferguson. 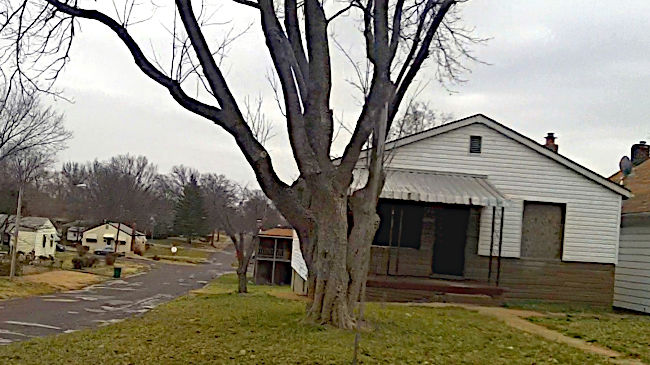 The Jennings community of North County.

With the city of St. Louis changing, mainly due to gentrification and the lack of rebuilding, North St. Louis County is slowly declining.

Most of the shopping areas, restaurants, and other businesses have either gone elsewhere or completely went out of business.  While, numerous neighborhoods are becoming more and more dilapidated and apartment complexes along West Florissant and in Spanish Lake are becoming more of the modern-day housing projects.

2 The Streets of East St Louis

3 Legends of the Streets: City to City Top Kingpins