Kentucky’s Top Up and Coming Artist

Only being involved in music for the past couple of years, E The Profit is on his way to doing something major in the rap game. The up and coming Kentuckian is hands down one of the most lyrical rappers to come out of the state in recent time and if you are a true fan of the art of hip hop you would say the comparison is not even close.  The combination of dope lyrics with creative and unique visuals, in which are not just your average rap video, and a great selection of beats gives E The Profit a clear advantage.

While a bulk of the population of Kentucky rappers coming from Louisville, as well a small batch of artists from Lexington, E The Profit claims northern Kentucky as his stumping ground. Though not a major separation between the small communities of northern Kentucky and the state’s largest cities, with the consistency of releasing quality music and visuals E The Profit is on the verge of separating himself from the rest of the roster of top Kentucky rappers. 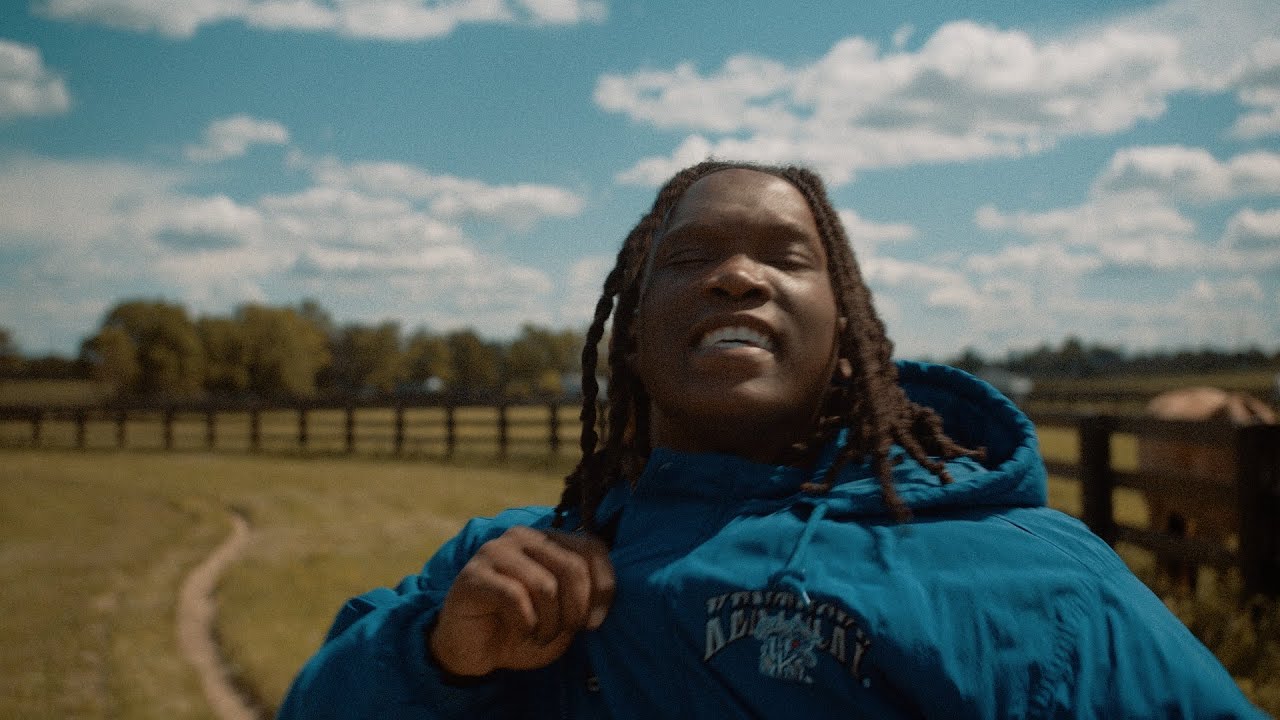 Kulture Vulturez: What part of Kentucky are you from?

E The Profit: I’m from Elsmere. That’s Northern Kentucky. I’m like ten minutes out from Cincinnati.

Kulture Vulturez: What was it like growing up there?

E The Profit:  I mean, it’s weird. It’s like a weird dynamic. Being in Kentucky obviously, you know how Kentucky is, but we’re that close to the city (Cincinnati).  So, we definitely have a weird mixture of people, vibes, and stuff like that. It’s been pretty cool, definitely a lot of things that influence the way I became the person I am.

Kulture Vulturez: Anything about Kentucky inspired you to rap and/or get involved in music?

E The Profit:  Honestly, I’ve always been a fan of music. When I finally gotten the opportunity to do it, I was a little hesitant at first.  I was like maybe this is not for me. I wasn’t taken it too serious. But I got in the studio the first time and that really changed everything for me.

So, it’s a different place.  That’s really where I get most of my influence from. Sounding different, being different, it’s because Kentucky is an untapped place, untapped region, with untapped potential. It’s cool to be one of the frontrunners to come out of the state.

Kulture Vulturez: How did you originally get introduced into rapping?

E The Profit:  My dude had got a studio session three years ago, he told me to come thru. I was like “nah man I’m not really trying to spend any money on a couple hours in the booth, it’s not that serious”. I went through, I heard myself back and I kind of just fell in love with it.   To be honest, I started making music when I was maybe six.  I had a tape recorder and a toy piano.  I use to spit to the piece off of that and just recorded on the tape.

Kulture Vulturez: Growing up did you ever see yourself getting involved in music?

E The Profit:  Yeah, I did. Music was my first love honestly. Then I got into high school and started playing sports, then that became a little more important to me for a little bit. But it is cool because music is coming back into my life. So, it’s like a full circle moment.

Kulture Vulturez: Since starting how has the feedback been towards your music?

E The Profit:  It’s great, people love it. I have people trying to find comparisons of who I sound like.  So, it’s cool to see people opinions based on that. But it’s also really cool to see people love my music, because when I drop something I’m like, ‘Oh yeah, this is hard, but I just hope it gets received well.’  So far, its been received well. 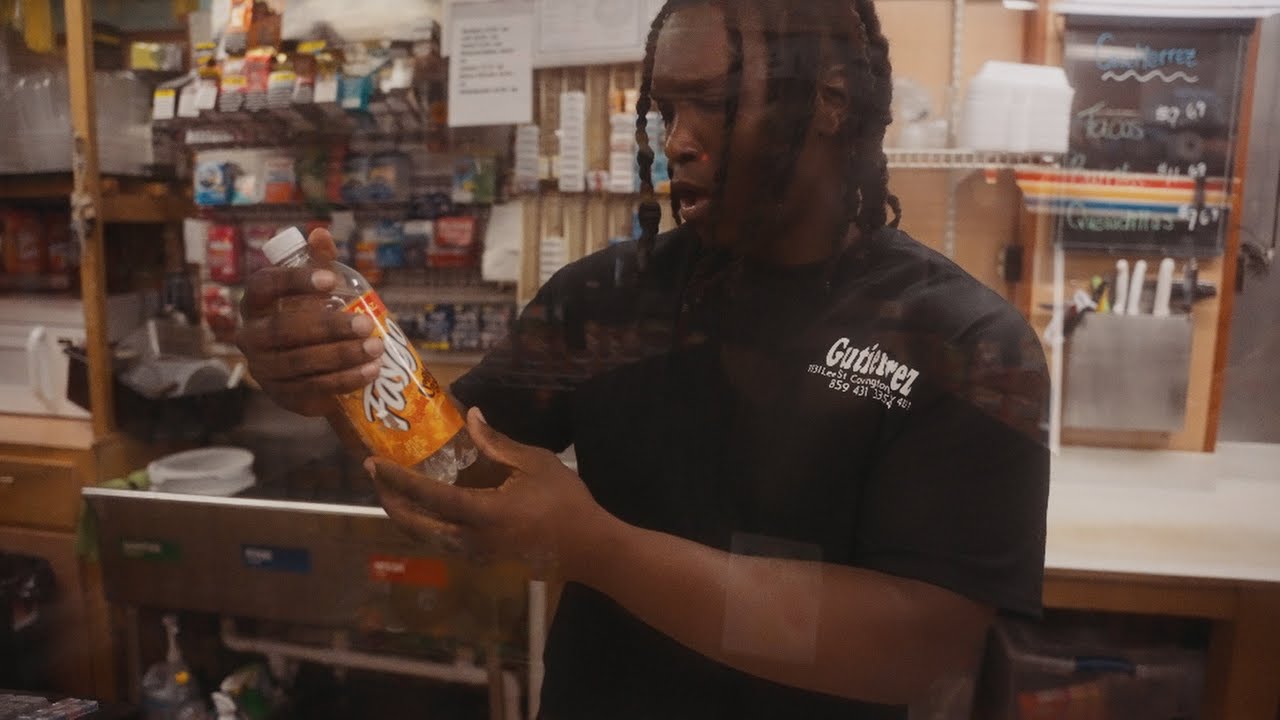 Kulture Vulturez: Has the feedback surprised you?

E The Profit:  Nah, I wouldn’t say it’s surprising. More so, it’s encouraging, you know. It’s like validation, for real. It’s proof that people think I’m as hot as I think I am. So, it’s cool.

Kulture Vulturez: How did you come by the name E The Profit?

E The Profit:  So, my name is Elijah.  It’s a bible prophet, a biblical name. I took the prophet, changed it up and put a little play on words. That’s how I got my name.

Kulture Vulturez: What are some of your biggest songs that people like the most?

E The Profit:  A couple of songs people like the most from me are “Aquarius”, then “Bluegrass”, and “Cheat Sheet”, which is actually the newest song I just dropped with Roadrunner TB, he’s in Cincinnati too. Those are probably my three fan favorites right now, but I got a whole bunch more in the vault and I got a tape coming on the way. So, I can’t wait for everybody to hear that too.

E The Profit – In My Sleep (Official Music Video)

Kulture Vulturez: What are some of the songs that mean the most to you?

E The Profit: That mean the most to me, I would definitely say “Bluegrass”. That probably means the most to me, just because the mind state I was in when I wrote it. I was alone, I was on quarantine, I couldn’t do much.  So, it was literally just me and my thoughts. I started writing about what I see, what I am going through, what’s going on in my life at the time. It’s kind of like a reflection of the moment. It’s pretty cool it captured Kentucky in the way it did with that, because it’s like getting my little slice of reality out there.

Kulture Vulturez: What should be the people be on the lookout from you in the future?

E The Profit: Just more music, for real. I want to make sure people stay engage and stay up to date with everything I am dropping, because my visuals I feel like are one of the main things as an artist that help me standout. Hope people can follow my YouTube, catch up on staying up to date with those, and I think my next video is going to be pretty crazy.

Kulture Vulturez: Anything else you want the people to know?

E The Profit: I just want people to stay engage. Make sure they follow me, talk to me, let me know what’s up.  I’m always down to hear.