The East Cleveland ghetto lies on the border of the East Side of Cleveland.  This impoverish city by the name of East Cleveland, or known locally as E.C., has a long reputation in Cleveland’s metropolitan as this small community has had its ups and downs over the years.

With a population of less than 20,000, and constantly declining, the city is a complete shell of itself as poverty reaches 40% and a total of $16,000 is the average income for East Cleveland’s residents and East Cleveland gangs run rampant.

While East Cleveland is a small city, it can be considered as a large community with multiple sections that include Euclid Avenue, Superior, Shaw and Hayden, Noble Road, or the more affluent section around Lee and Forest Hills. 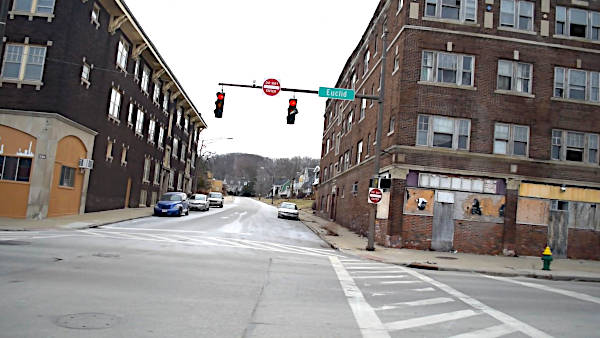 Along Euclid Avenue, expanding from Lakeview to Noble Road, is the heart of East Cleveland as Shaw High School and the city hall are both located on Euclid, along with old vacant buildings that can give people an idea of what the city once looked like. 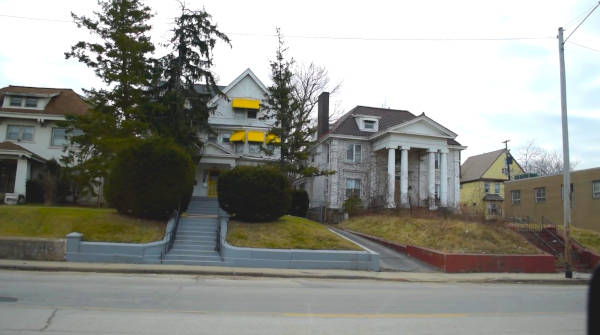 Long before white flight of the 1960s, Euclid Avenue during the 1800s and the early 1900s was once considered as Millionaires Row, due to some of Cleveland’s most successful elite owning homes in the area during a time when the entire region of Cleveland was one of the wealthiest cities in the country. 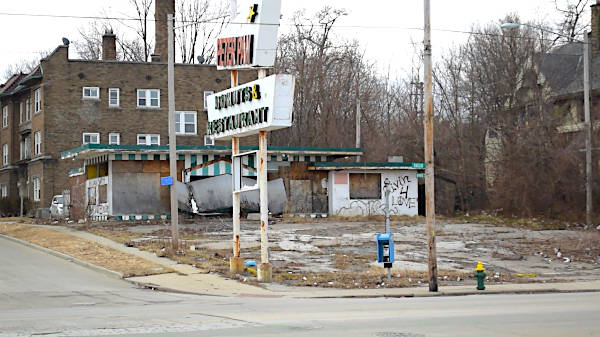 By the 1970s there was a dramatic change in the area as the days of a thriving Cleveland were over with a transformation in many of the communities, especially East Cleveland where in present it is obvious how Euclid Avenue went from Millionaires Row to one of the poorest communities in the country. 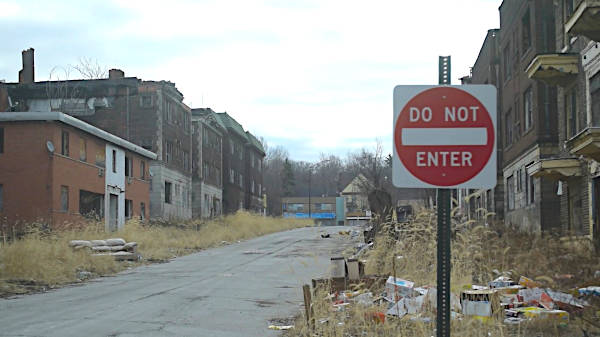 A notorious section of Cleveland is East Cleveland’s Euclid Avenue when blocks and ‘hoods like Brightwood/Wadena, Knowles, Chapman, or Taylor Road, areas that have been reputable for years despite having numerous of vacant properties. 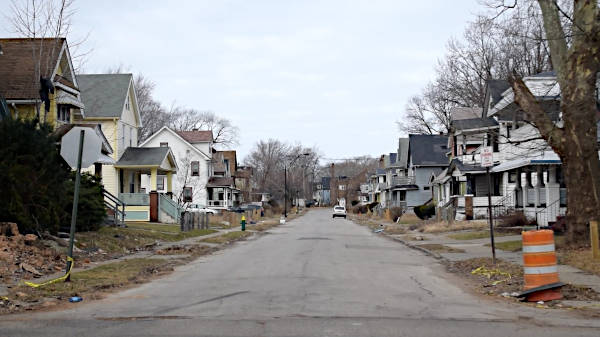 Shaw and Hayden, rather you stay on the numerous blocks of Shaw and Allegheny, off Woodworth, or between 133rd and Hayden Avenue this section of the East Cleveland ghetto is where the bulk of the community reside, is a large area that was once known for its Valley Low and Sauce Boyz days. 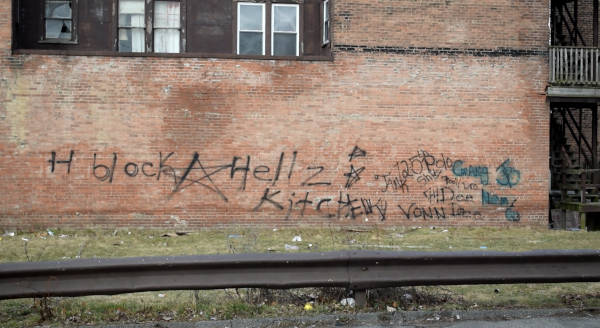 Other smaller sections include Superior, which is home to the East Cleveland gangs area of Hellz Kitchen, from 125th to Hayden, and the Superior Hill neighborhood between Coventry and Mayfield, the Nela Park area of Noble Road, and East Cleveland’s only neighborhood that has some promise centered around Northvale, across from Forest Hills Park.

As stated above, East Cleveland, when founded during the 1800s, was a thriving community home to Cleveland’s elite, especially along Euclid Avenue’s former Millionaires Row where the rich built mansions just minutes away from Euclid Avenue’s once famous shopping district.

The heart of Cleveland was Euclid Avenue, but as white flight beginning during the 1950s and 1960s left the community a major financial loss as years and years of a loss tax base that has crippled the city’s services, while also leading to corruption.

With the city failing to generate enough revenue problems have occurred, everything from police being used as tools to generate revenue with excessive traffic tickets, corrupted public officials and police officers who often commit unethical offenses, or the recent attempt to join the city of Cleveland for better services but the officials of East Cleveland refused because they wanted to keep their jobs.

Despite corruption within the East Cleveland ghetto and the witness of poverty at a rate that has never been seen, there are bright spots in the community and just because the actual city of East Cleveland, meaning the administration, does not necessarily mean that all of the citizens of East Cleveland are poor.