East Los Angeles is one of the city’s most urban and conglomerated area and also one of the most densest gang regions in the United States with numerous gangs every square mile as there are well over 30 East Los Angeles gangs alone, not mention going further east into Montbello or Pico Rivera or into Northeast Los Angeles.

The Surenos, or Sur 13, led by the Mexican Mafia are the basis of the streets for the East Los Angeles ghetto and all the local East Los Angeles gangs activity within the communities. Although the name is Mexican Mafia, it did not originate in the country named Mexico rather in the California prison system during the 1960s as an ambition to protect other Mexican Americans in prison, while becoming one of the most ruthless.

The gang has true individual leader and most members of this gang run operations from prison. The Mexican Mafia, or La Eme, controls virtually all of the Surenos gangs within Southern California with orders ranging from payments through illicit activities to committing murders. 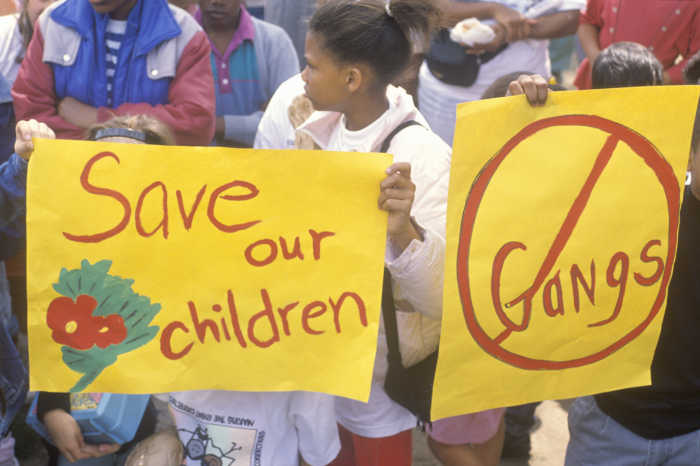 East Los Angeles gangs have for the longest consisted of gangs like White Fence, located around Whittier Boulevard, Primera Flats, who once occupied the Aliso Village housing project, or the many MaraVilla gangs, which was named after a neighborhood in East L.A. and are not aligned with the Surenos or Mexican Mafia, all being some of the oldest and largest gangs of East Los Angeles.

Whether its gangs along Olympic Street like Varrio Nuevo Estrada of the Estrada Courts or the sets of 1st Street expanding from Cuatro Flats to the Evergreen neighborhood just about every section of East L.A. is claimed by a Sureno gang.

North of Interstate 10, which expands well into Northeast Los Angeles as far as Atwater Village, is another section that could be considered as an extension of East L.A. with the likes of the historic Lincoln Heights neighborhood or housing complexes like William Mead or Romona Gardens.

Some of the East Los Angeles gangs have been around since the 1930s, while some others were established later during the 1970 and 1980s as some have had generations of family members to be part and affiliated of a specific gang.

*Not Created by KultureVulturez.com.  Some boundaries may be inaccurate and some East Los Angeles gangs may be missing.

East Los Angeles is a well-known area that is generally encompassing the land east of the Los Angeles River as the area for many years has been anchored by communities like Boyle Heights, Maravilla, or Lincoln Heights.

Here, the Gabrielino Indians lived for more than two thousand years and after that, they lost their homeland to the Spanish in the late 18th century who took the control of the land for much of the 19th century with the help of Mexican and American ranchers.

The place has been home to waves of immigration where a lot of different ethnic and cultural groups have settled, lived, and moved at one time or another, including the once influx of African-Americans, Asians and European immigrants in the area due to the city’s early days of racism towards non-Americans.

Today the vast majority of East Los Angeles’ population is Hispanic, primarily of Mexican descent, as sometime around the late 1940s and 1950s the community slowly began predominantly Hispanic when each race of Los Angeles began to establish their own separate neighborhoods. 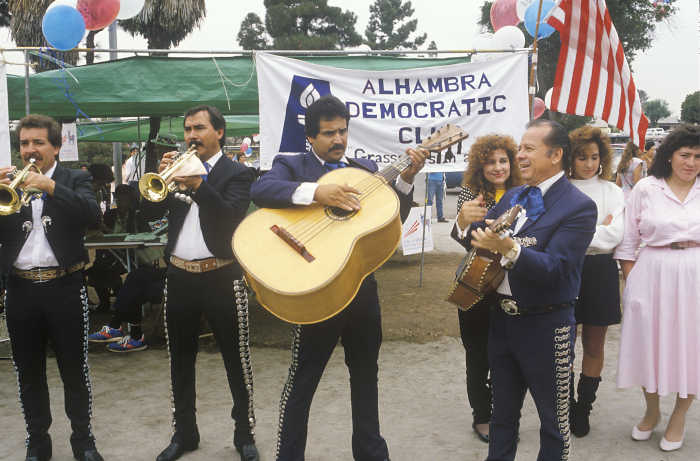 East Los Angeles has become not only the single largest Chicano community in Los Angeles, but it is also became one of the largest Hispanic communities in the United States.

The number of Hispanics increased as the Mexican immigrants and US-born Mexicans from the Southwest states started to come to the area because of the booming industrial economy, which begun during a timeframe between the late 1800s and early 1900s.

In the beginning, Hispanics faced many obstacles of discrimination and racism, which was witness with the Zoot Suit Riots as a battle between young Latinos and other members of Los Angeles’ society.

Despite the obstacles, East Los Angeles has upheld the basic character of taking in a Mexican heritage and culture throughout the last seventy years, if not more.

The land of East Los Angeles was primarily agricultural land until the 1920s, and later it started to turn into a developed area and now became able to form its strong cultural city. At present, East Los Angeles remains an influential, perhaps the most influential Latino neighborhood in the country.

East Los Angeles is continuing to create unique and important contributions to the culture of Southern California and beyond, be it- the visual arts, the music, the written word, or the realm of the political thought.