On the South Side of Columbus, Ohio along the notorious Livingston is the block that birthed the city’s top brand in hip hop, EBN, also known as Every Buck Needed. Already well established and well respected in the streets of Columbus, Ohio, within the EBN movement is one of the city’s next top rap artist, EBN SOS.

Posted on Miller and Livingston, EBN SOS breaks down what has life been like growing up in Columbus, the start of EBN, the death of his brother and top Columbus rap artist EBN Roo, all while just getting his career started as EBN SOS has emerged quickly in the ranking of being among the top rap artists in Columbus. 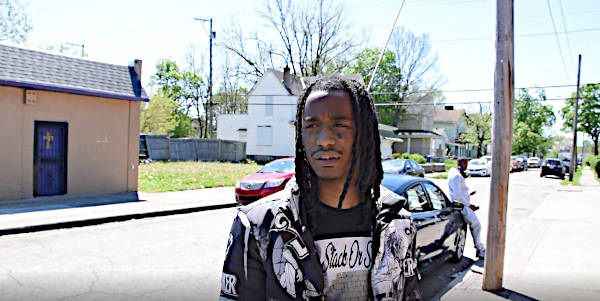 Located in EBN SOS’ neighborhood, Livingston and Miller on the city’s South Side.

Meet and Get To Know EBN SOS

Kulture Vulturez: What was growing up in the city of Columbus, Ohio like for you?

EBN SOS: The hood the same everywhere, but it was like n***** had to hustle. N***** didn’t grow up f***ed up, my mom made a way to do the little shit she could, but a n**** like me wanted to be grown so fast and get that shit on my own. I jumped off the porch kind of early, like 15 or 16 [years old]. I was going to get some bread, I wasn’t on no dumb shit just wanting to be out here hot or anything like that.

Kulture Vulturez: What can you say is an average day in the life for someone from Columbus?

EBN SOS: Getting money. It is not really too much to do in Columbus. It’s shit to do, as far as fun, [but overall] it’s not really shit to do out here. We have a couple things, but it’s not anything major. N**** be going out of town to have fun. Me personally, I rather be down here getting to the cheese and go have my fun somewhere else. 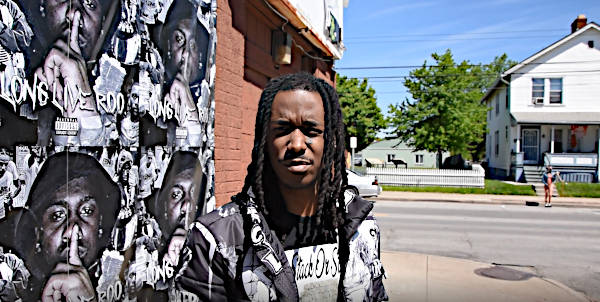 Standing in front of a mural of late EBN Roo, on the corner of Livingston and Miller.

Kulture Vulturez: What does EBN stand for?

EBN SOS: EBN, that’s Every Buck Needed, Every Boss N****, EveryBody’s N****, shit like that. It really stands for Every Buck Needed, that’s what we are standing on. It’s really self-explanatory, every buck is needed. Some get money shit. Some boss n**** shit.

My n**** EBN Roo and EBN Tre made it back when they was in high school. It started out as some playing shit. It was EveryBody’s N****, because they had all the b*****.  That’s where it started from. When n***** got older and more polish, n***** turned it into Every Buck Needed and that’s what made it a brand.

Kulture Vulturez: When did the music start taking off for EBN?

EBN SOS: EBN Roo has been rapping since he was a young n****. He really started to take it seriously when he was about 14 [years old]. Me, I just started rapping last year (2020). When my n**** passed away that’s what made me start rapping.

It’s a bunch of us rapping now. Only ones that was rapping at first was EBN Roo and EBN Tre. Like I said, last year when EBN Roo got killed that made a couple of us come out of our shell, because I was never rapping. I use to play with it back in the day. It is always something I wanted to do, but I never really put my mind to it until last year. Keep my n**** legacy going.

Kulture Vulturez: How can you explain your music, your sound, and your whole approach to hip hop?

EBN SOS: My shit real life. The shit I experienced. The shit a n***** go through. When I first started making music, I was just doing shit based on what I thought was hot. Then I started to get more organic with it, so I can make shit others will feel. Everything is just about growing up in Columbus. The type of shit I see, the type of shit I go through, and some party shit also. I can make all types of shit, I just try to keep it real. I do not try to get besides myself or nothing like that.

Kulture Vulturez: How can you explain the overall sound of Columbus’ rap and hip hop scene?

EBN SOS: Some n***** be sounding like Detroit n*****, then some n***** can do a little melody shit. Like me, I’m versatile. I can rap and I can sing a little bit with a melody. It’s not a certain sound here. Columbus does not have its own sound. If you hear some New York shit, you can hear their genre, like that is some New York drill music. If you hear some Chicago music, then you know it is drill off the rip. Detroit has their own shit. Columbus does not have their own shit, though.

I know I sound like myself. I don’t sound like nobody else, so I guess you can say I come with my own sound. Columbus does not have its own type of sound where everybody sounds one certain type of way, it’s mix because you have to think we are the Midwest. We are in the middle of a whole bunch of different cities, so it’s like all combined. You are going to hear different shit from Detroit, to NBA YoungBoy type shit. It’s just mixed, for real. 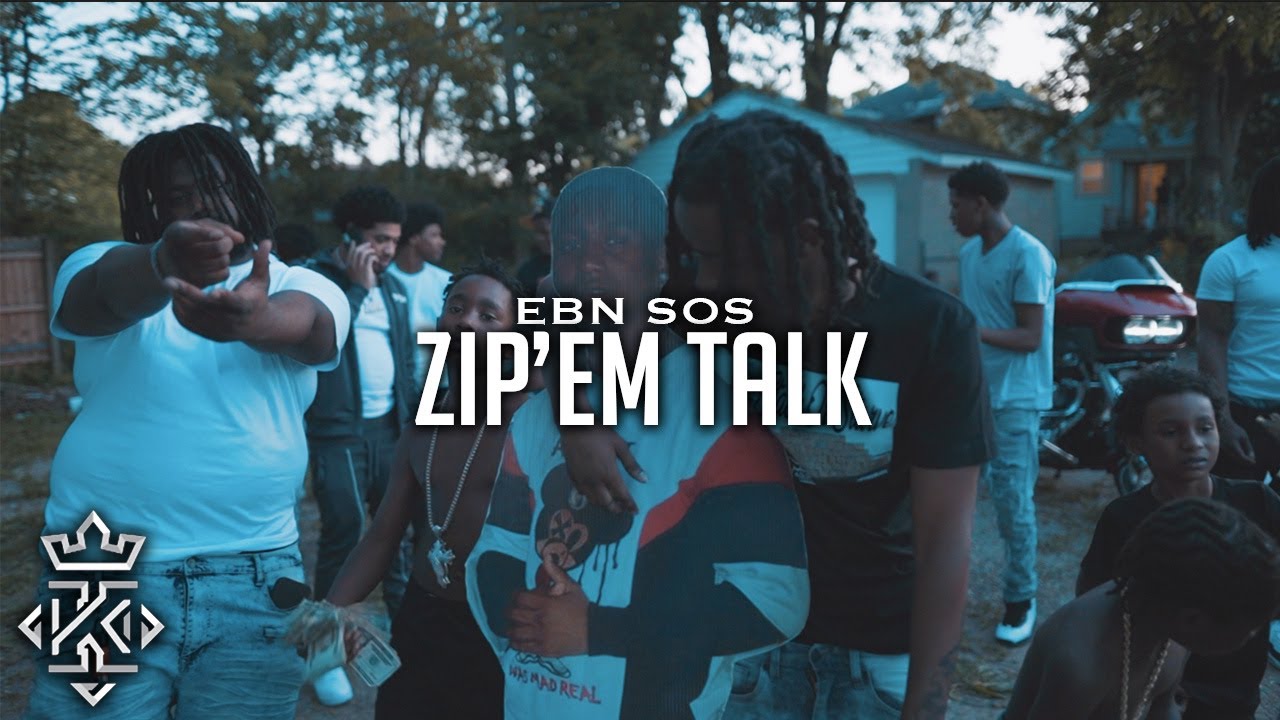 Kulture Vulturez: What has been your top song, or a song that fans love the most from you?

EBN SOS: I have to say my song called “Zip’em Talk.” I had that shit on the radio a couple of times in Columbus, Atlanta, and in Pennsylvania. A lot of people f*** with that, but I feel like I have harder shit than “Zip’em Talk.” “Zip’em Talk” was my first song that I ever put out. That shit is not even a year old, but people like that shit, they say its catchy.

Kulture Vulturez: Do you feel its going to be hard to get in the industry coming from a place like Columbus?

EBN SOS: I feel like I just have not made that right song that would really bring the spotlight onto me. I haven’t made that hot enough song yet. I do not think it is going to be hard at all because of everything I make. I get better every time I drop a song.

I haven’t dropped no weak shit, nobody never told me ‘you know what bro, I don’t think this shit is for you. Should probably try something else.’ I get better every time I drop something, so a n**** is going to have to make that one hot ass song to get the world to follow through. 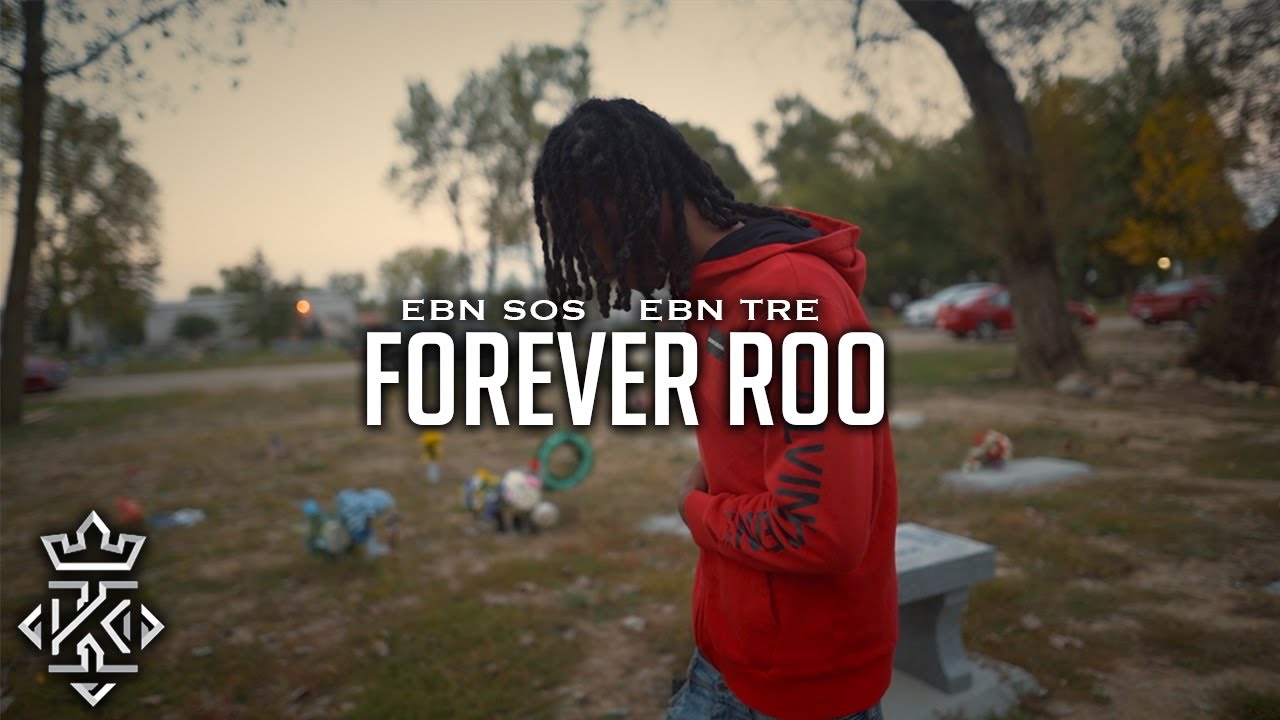 Kulture Vulturez: What’s next for you and the whole EBN movement?

EBN SOS: N***** trying to elevate and get to that next level. Start doing more shows out of the city, we have already done a couple shows in the city and turned them bitches up.

I really see our potential, so I try to really keep this shit going, for real. Try to keep everybody’s mind on not getting stuck right here. Expanding and shit like that, because the world so much bigger and we can really make it anywhere. They say once you can make it in your city then you can make it wherever, for real. I just know that.

I really be traveling, so I know the world is so much bigger than Livingston and Miller. I be trying to keep everybody’s mind on that. We got to expand because we have a whole legacy to keep going. We cannot just stop right here and get satisfied with this shit. We can’t get trick out of our spot out here; we have to stay focus and keep going.

Kulture Vulturez: What is your overall goal that you would like to accomplish in music, or just in general?

EBN SOS: My overall goal, I probably say I just want to get my family out of this shit. I’m not trying to fall victim to this shit. Trying to get to the next level and be a boss n****, for real. Have all my n***** on that boss shit, and take care of our family.

Kulture Vulturez: Anything people should check out or be on the lookout for?

EBN SOS: My mixtape “Zip’em Talk” is out now on all platforms. ENR Roo’s mixtape is out now on all platforms, called Long Live Roo. Just look us up.  Look us up on YouTube.  Get hip to us now before we blow up and are going to have to start paying for shit. Have to start paying for that footage. Be on the lookout for us, though.