Already with thousands of views on Youtube, and counting, all together with multiple projects, not just singles, but full length albums and EPs, after being released from prison after 12 years Goldmouf Kev has hit the ground running and has not looked back.

With Goldmouf Kev having the street credibility and the respect from the community that most rappers imitate and pretend to have, while paying dues that most established artists portray in their music, the process of starting from the ground up in the rap game should come with much ease for the Dayton, Ohio rapper.

With his constant drive of working towards a greater goal that is bigger than just being a rapper, which is explained in the interview, Goldmouth Kev’s work ethic plus his background equals a great chance to becoming one of the next top rap artists. 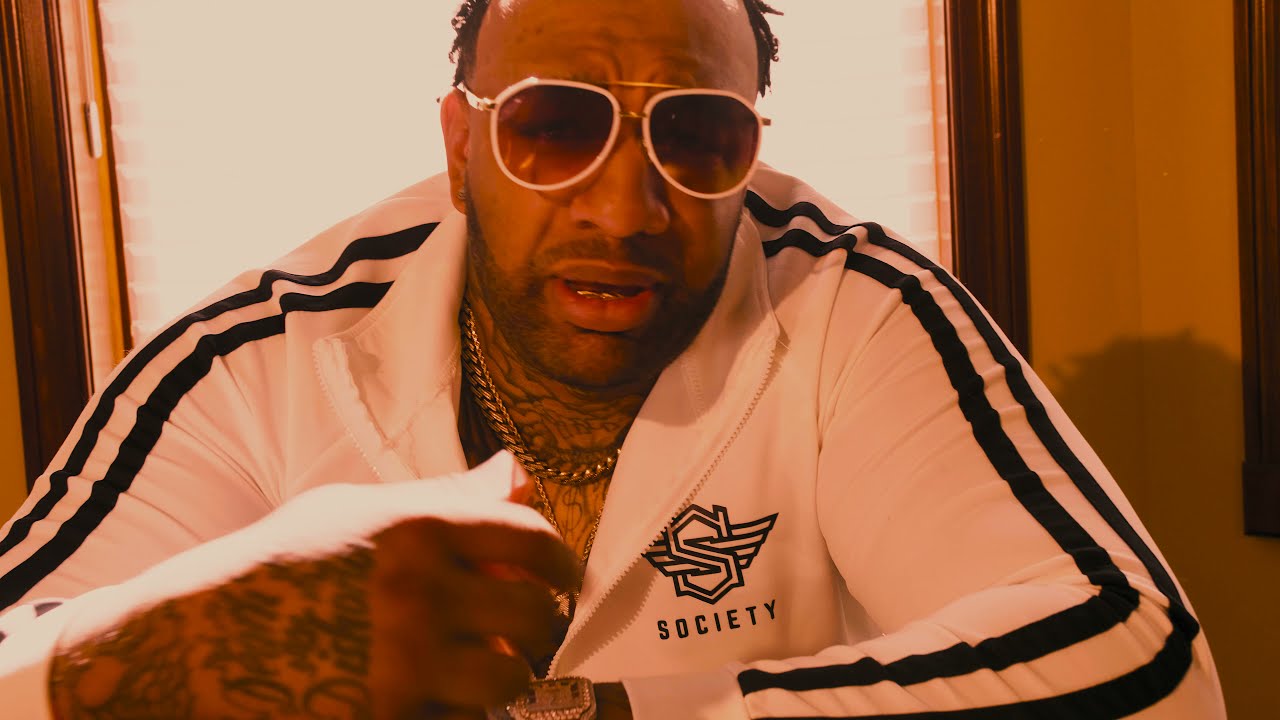 Meet and Get To Know Goldmouf Kev

Kulture Vulturez: What is the culture like in Dayton, Ohio?

Goldmouf Kev: It’s like everywhere else. Stay fresh as hell, fresh everyday and keep yourself nice. Getting money, turning up, and doing the best thing you can do to turn up. Doing whatever you can do. The rap game is to the max. We trying to get everybody turned up, and everybody on. There are a lot of good rappers in the city.

Kulture Vulturez: What was it like for you growing up in the city of Dayton?

Goldmouf Kev: Being from where I’m from, Greenwich Village, I guess a terrible neighborhood if you want to say, but growing up was fun for me. I had my mom, grandmother, and my cousins to raise me.

I was known to play basketball, things like that sports wise. Then, you know, a product of my environment I went to dip and dab in drugs and started doing robberies. Once I mastered something so crazy, once the basketball shit did not take me nowhere, I went to a life of crime.

Kulture Vulturez: Were things different when you came home from prison?

Goldmouf Kev: A whole lot different. The way everybody dressing, the way everybody talking, the morals people have, you know things like that. Buildings gone, places I have robbed no longer in business, a whole lot has changed.

Kulture Vulturez: That change did not affect anything for you adjusting?

Goldmouf Kev: Nah. The reason why it didn’t affect me because I stayed on the phone in the joint all day. My family sent me pictures and kept me updated. I read every rap magazine they got out and had them sent in to me. So, I came like I never left. The only thing I missed was the action, the physicality of it, walking round, after all that it was nothing.

Kulture Vulturez: You were incarcerated for 12 years in prison?

Kulture Vulturez: Were you focus on music during your time in prison?

Goldmouf Kev: I wrote three to four songs a day. If the music changed in that timeframe, I changed. That’s why I came home with no bicker. You can ask anyone in my city, I came home you wouldn’t think I did twelve, they think I was on a college campus somewhere or moved to another city, but I was behind them gates. 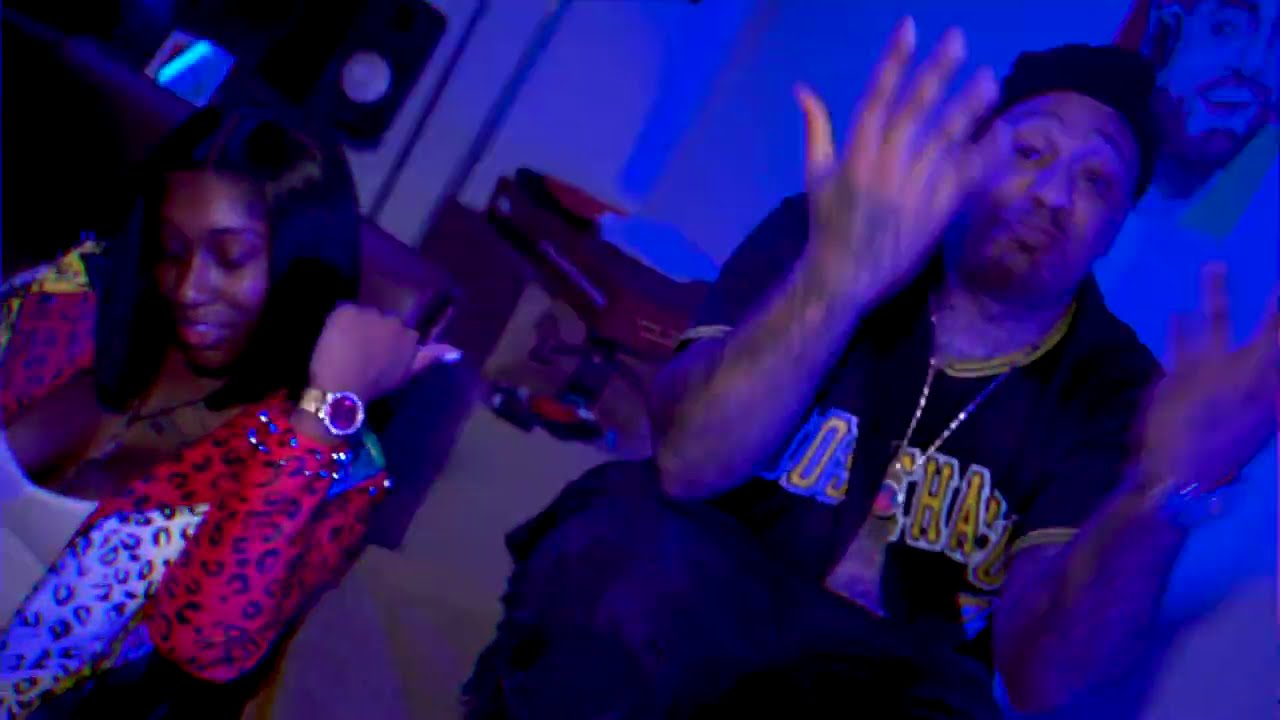 Kulture Vulturez: Once when you got out, you started to take your pursue of a career in music serious?

Goldmouf Kev: I see the game ain’t change, it turned into a streaming and viral situation. I feel like I got the look, I’m already there, I got the streets behind me, there is nothing flaw about me, and you can check my records, so why not. Everyone else is doing it. It is real money behind it, and you don’t need a record label behind you, so that’s what is going on.

Kulture Vulturez: What got you started into rapping?

Goldmouf Kev: My mom, she recorded me freestyling old tracks for her, and kept going back and forth. I just played basketball and rapped. I took a sting and went to prison for twelve years for being a robbery king and organized crime leader. I was going to give up on music, but my family continued to keep me going, which is Hard Bottom Entertainment. I came out and step foot right back where I left off at, and just turned it up.

Kulture Vulturez: If someone is checking out your music for the first time, what can they expect?

Kulture Vulturez: What do you think is going to be the biggest obstacle for you to get around?

Goldmouf Kev: The biggest right now is getting people outside my city, bigger cities like Atlanta, Miami, and in California, to recognize me. I feel like it is too much flaw in the game and not enough realness. I feel like once they realize I’m one of the realest and I’m bringing out great quality of music, I feel like they should f*** with me.

Kulture Vulturez: What are some of your biggest songs and your favorite songs?

Goldmouf Kev: My biggest song right now, on the views, is my “Freestyle L.O.P,” which has over 100,000 views. My favorite song that I have up right now, I have so many favorite songs, just for me, like “They Mad,” “Disrespectful,” and “Burn Em Up.:

Right now, I done switched up the style and dropped another banger, a EP, called Golden Hearts and I’m just talking to the women. Songs like “No Mirror,” “Miss Calls,” “Ride.” Now, I’m about to come up with this Extra Anejo with my brother Byrdies, we are going to turn the city up and have everybody drinking red bottles and patron.

Kulture Vulturez: What are your overall goals?

Goldmouf Kev: My goal is to be bigger than life. I want to bigger than I ever been. The biggest out of my family. I want to touch 200 million and turn into a billion if I can. It’s not even about rap, I use rap as my stepping stone and try to build a whole empire. I got a whole family behind me of youngins and will put money behind any dream they got, that’s what this rap shit is about, it’s not even about me.

Kulture Vulturez: What do you want your legacy to be?

Goldmouf Kev: I did it, I did twelve years and did not let it break me. I came home and got straight to it. Put your mind to it you can do whatever you want.

Goldmouf Kev: Next thing I’m about to drop is “Lonley Roads,” that’s a new single, “Throw That Ass in a Circle” with my brother Byrdies, and then I’m going to drop Dark Hearts. So, stay in tune and lock in with me. If anybody wants to do features, hit me up, want to do a video, hit me up, whatever you want to do, hit me up, not even taxing I just want to work.

For more on Goldmouf Kev follow on all platforms: