J-Oats: Meet The Up and Coming Chicago Rapper, Telling His Story

Meet Up and Coming Chicago Rapper

A Chicago Native Hip Hop artist who meticulously captivates audiences with raw, unapologetic, and real-life storytelling lyrics, consistently transforms his intertwined passions into his music. His gifted writing and natural ability for performing has transcended from a simple hobby into an advancing career.

His lyrics encompass the complex journey into manhood from the perspective of an African American male growing up in Chicago, attending an HBCU, becoming a father and “figuring it all out”. The road has been paved with intriguing and compelling scenarios which he has woven into a tapestry that is showcased & shared in his debut release.

As a performing artist, he has an undeniable electrifying stage presence some have said is reminiscent of a young T.I., which many experienced during a performance at the renowned House of Blues in Chicago. The extremely focused, hardworking, and dedicated talent he presents, alongside his charismatic charm and fresh musical delivery keeps his fans wanting to know what’s next and wanting more.

And in such, he continuously strives at perfecting his craft. His drive and passion for his music equaled self-determination, and has him constantly in the studio writing, and producing new material… Remember the name; J-Oats because the sky’s the limit for where he is destined to go, and success is inevitable for this emerging entertainer! 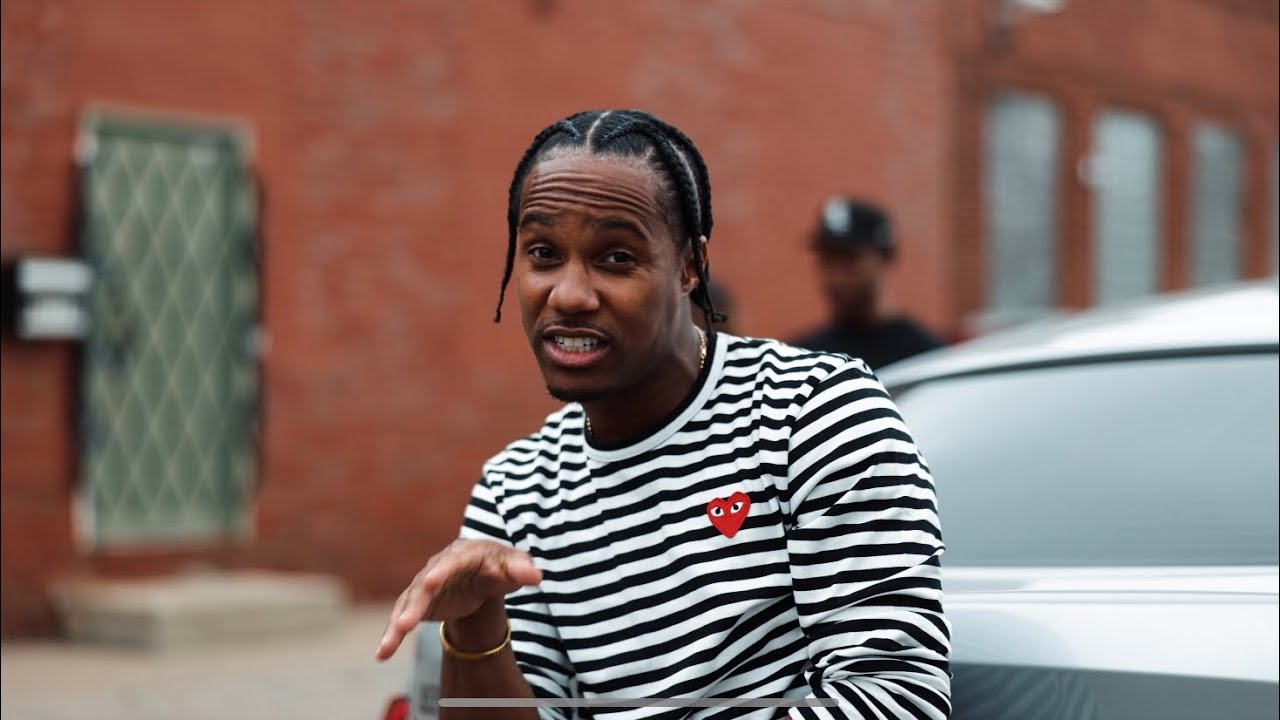 Meet and Get To Know J-Oats

Kulture Vulturez: Alright, lets get started. So, you grew up in Chicago?

J-Oats: Yep. Technically, the city of Maywood, Illinois, which is just a west suburb. Probably 5 minutes outside the city, but it is not really a suburb at all.

Kulture Vulturez: Can you breakdown what was life like for you growing up?

J-Oats: I feel like I had a unique experience. Had the best of both worlds. I wasn’t really sheltered, but I wouldn’t say I really came up with struggling parents. Both was working properly. Pops a successful entrepreneur, and mom still punching the clock. It kind of showed me both ends, the safety net versus just going out there and getting it.

I was an athlete, I played everything. I guess the sport I’m known for playing was actually high school wrestling, started from seven years old. So very athletic, did everything. Had a nice core group of friends, pretty popular, you know, just regular growing up. My family definitely exposed me to the business and hustle versus, you know, just 9 to 5.

Kulture Vulturez: Did that kind of inspire you to start doing your own thing, and also to become an artist and independent as well?

J-Oats: Absolutely. I definitely get this drive from my pops. Just being exposed and seeing how he turned a little house into a shoe store, or shoe store to a big time store downtown. Just constantly evolving and changing the hustle. Him being in the circle he was in from his business ventures kind of exposed me to the industry and being able to see the different cool things I wanted to do. I actually started off really not wanting to be an artist.

I wanted to really be what I what I learned to be was probably an A&R of somewhat. I honestly just was fortunate enough to have an opportunity to meet with who the world knows is World Wide West now. Not really knowing what he’s doing, but just hearing stories from my pops just kind of put me like, that’s what I want to do. So I kind of took that approach and kind of grab artists and tried to expose them to other people. Those very artists I was reaching for were like, “Hey, you need to do this.” I kind of just saw something I wrote before and was like I need to record that. So that was where the push came from to be an artist.

Kulture Vulturez: Before you became involved in music, were you just play around with it or had a hobby before you officially started?

J-Oats: Oh no, I was just a super fan. I was definitely just a fan of the art. I never played an instrument or nothing like that. No bands, I probably did school choir as a shorty people, but nothing crazy. 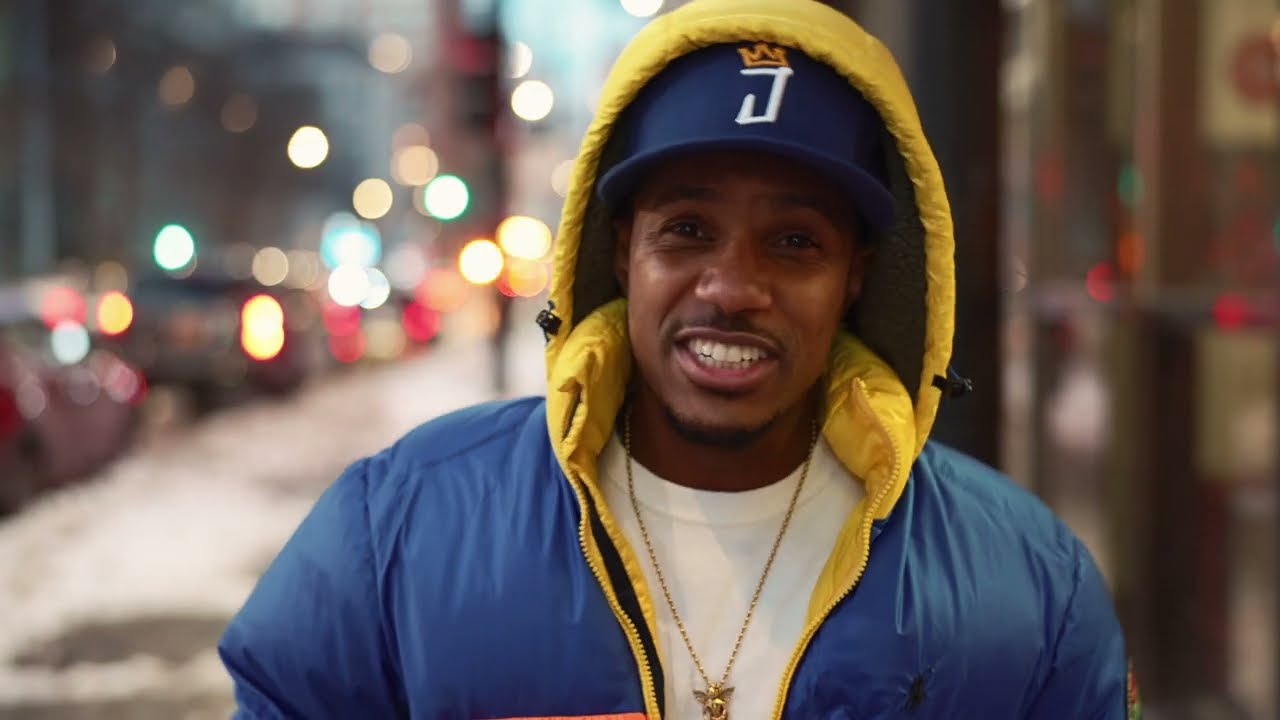 Kulture Vulturez: From high school, you went to a HBCU. Did your experience there have any life changing moments or led you to view things differently?

J-Oats: I went to Tennessee State. Really being surrounded by a community of people that cared about your development. I know situations occurred, that had it occurred at a PWI, it probably would have led you being kicked out of school, removal of scholarships, and all type of stuff. Those people have gone and graduated and done amazing things.

Really knowing that they cared and you were not alone in certain things. Sometimes you just kind of feel like I did not know anybody else felt like this, but just so many people coming into that space. I always say you learn more from the experiences and just being on campus more than you do in the classroom sometimes. There are real life lessons.

Kulture Vulturez: For your music, can you say you showcase another side of Chicago in your music, outside of the mainstream media?

J-Oats: I say it’s partially true. I don’t feel like I really fit with what is known to be the Chicago style. But it’s definitely more or less for me is really my experiences. So some of these experiences that definitely have occurred in Chicago. I mean, it’s not intentional, it’s just honest.

Kulture Vulturez: Can you explain and breakdown your latest song “Chill”?

J-Oats: A real dope record featuring J. Ivy, the poet known for also working with Kanye West and co-writer of [Jeen-yuhs: A Kanye Trilogy]. Super talented guy. I just had an idea, I wanted to kind of do an updated story. I’ve always been a fan of the art. It gave me the Slick Rick “Children’s Story.” It was definitely influenced by how I love how “Children’s Story” was. You could just visual the video just listening to the record. Just created two stories and cautionary tales that kind of show people that things aren’t always what they seem to be, or certain things can even be avoided.

Kulture Vulturez: When you first started, did you have any ideas of where you wanted to go with your career, as far as your style?

J-Oats: It kind of depends. Sometimes, if I’m going through something and I really want to write about it, that could be the driving force of where my thoughts are when I hear the track. Sometimes it could be the track sounds like something, so I create that way. I have so many different processes.

Sometimes I don’t hear nothing, but I like the track. So I asked the producer, What did you hear when you made this? What were you thinking? What did you want to say? Then do that in my way. I don’t really have a true process, but it just kind of depends on moods and so much coming into play.

J-Oats – Round of Applause [Official Video]

Kulture Vulturez: Have you felt like you developed and progressed as an artist since when you first started?

J-Oats: Absolutely. If you’re not getting better all the time, then you probably shouldn’t be doing what you’re doing. I definitely developed certain skills, understandings, trying new things, andcomfortable enough to try stuff. I know I came a long way. I know some people that still talk to me about when I first started. It wasn’t this.

Kulture Vulturez: Talk about some other songs of yours that stand out to you the most and possibly showcase you the best as an artist?

J-Oats: Honestly, it’s been this whole year. I’ve had a goal this whole year to drop. I really take time with stuff. So, dropping a single with a visual every other month has been a real big thing for me this year. All year, all of the odd months, I dropped records.

The first one was “Buckets,” then I came out with “F.O.U.L,” “Ain’t Me” and “Round of Applause.” They just all are very different records. I don’t feel like they could cohesively live on an album together because they are showcasing all my different range. I think this year it’s just showcasing what I’ve grown to, and I’m just enjoying it.

Kulture Vulturez: Do you feel like you are on the right direction as far as your career?

J-Oats: I mean, yeah. It’s definitely a tough business, but it’s definitely trending up for me and I’m excited about that. I know when it starts to get hard you got temporary doubts, but you just gotta regroup, regather, and figure it out. That’s the name of the game. Figure it out

Kulture Vulturez: What is next for you following this release?

J-Oats: My last one is going to wrap up the year. This record “First Love,” produced by Excuse My French and featuring K Fox. I’m excited about this one. I’ve been kind of holding it. It’s one of those ones that I feel like its time. I’ve had this one and it’s really time to let the world have it.

Kulture Vulturez: Looking into 2023, anything special that you have lined up?

Kulture Vulturez: Alright, that’s about it. Anything else we’d like to know?

J-Oats: Yeah, just check me out. Check out all J-Oats music, merch, all available at joats.onuniverse.com. You can get everything about me, my bio, contact, and merch on their with hats, shirts, and hoodies. Just check out the music, all the videos and everything.