Originally hailing from New York City and eventually making his way to San Diego, Joey Trap has risen over the past few years to becoming one of the country’s top rap artists.  Releasing over 10 albums between 2017 and 2021, with five in 2020 alone, it should come to no surprise that the work ethic of Joey Trap combined with his unique talent has led him to 1 million monthly listeners on Spotify, over 200k followers on Instagram, and over 350k subscribers on Youtube.

Fresh off his new release of his 13th album, Professional is an album that consists of 26 songs with the liveliness and persona of Joey Trap over the modern day trap sound combined with heavy 808 bass.  From the very first song to the very last song Professional is easily an album to just leave on play with not one skippable track.

In this brief interview Joey Trap breaks down his introduction into rap music, what separates him from other artists, East Coast vs West Coast influence, what motivates and inspires him as an artist, and most importantly his latest album, Professional. 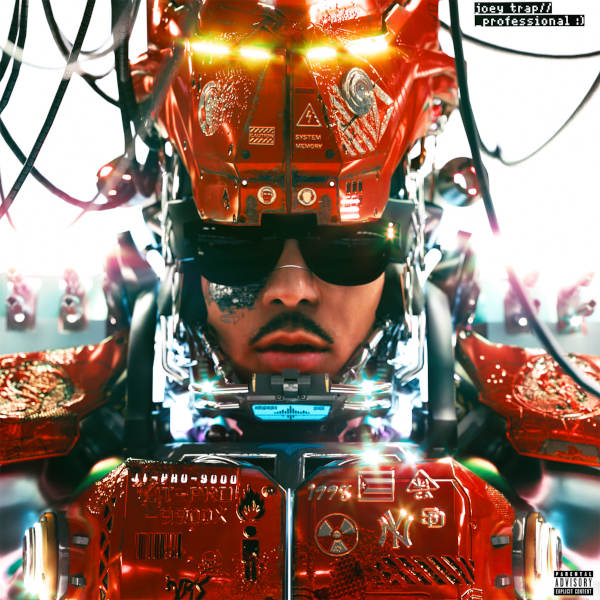 Kulture Vulturez: What or who introduced you into rap music?

Joey Trap: I’ve always been passionate about music, when I was 8 years old I taught myself how to play piano by ear and that’s the same ear I’ve developed to producing most of my beats now

Kulture Vulturez: With some many people rapping what’s your solution to standout and separate yourself from the crowd?

Joey Trap: I don’t need to try and stand out I just do my own thing and be myself 100% and I’m so different than these other people trying so hard to be something they’re not.

Kulture Vulturez: You’ve released a lot of music, where do you feel your drive and work ethic comes from?

Joey Trap: It’s passion, it’s a true gift from god being able to consistently make music and never run out of songs. I can’t tell you more than when I sit down in the studio and hear a beat play I’m ready always. Doesn’t matter what emotion or mood or circumstances, I will use those things to my advantage and put those energies into my writing / recording.

Kulture Vulturez: What do you feel has a bigger influence on you as an artist the East Coast or the West coast?

Joey Trap: East coast definitely as far as my character goes I grew up in public schools in New York it’s a lot different than Cali for sure but both influence me and I’m not limited to influence from one coast or the other. It’s the combination of influence and experienced that makes me unique.

Kulture Vulturez:  Your new album professional what’s the concept behind it and what can listeners expect?

Kulture Vulturez: What are your favorite songs on the project?

Joey Trap: Every song on there is worth a listen I couldn’t tell you to listen to only one that’s why I put so many songs on there it’s a complete feeling, story, and roller coaster ride. I begin the album with PROFESSIONAL “I lost my new rollie in the wraith” & I end the album with BRAIN FROZE: OUTRO “ Hop in a Rolls Royce, n**** I got a new Rolex” so it’s a story & experience you know, I go through things with the listener here.

Kulture Vulturez: What separates this album from your previous releases?

Joey Trap: This in my opinion is my first of many UP TO PAR mainstream professional albums hence the title and also it’s ONLY auto tune which is a first for me being most of my releases in the past only contained one or 2 auto tune songs. This has 26.

Kulture Vulturez:  Finally, for somebody listening to you for the first time any previous projects or songs they should check out to get them caught up?

Joey Trap: Yeah I mean I put out so much work its discouraging for new fans to jump right in bc they’re so many options. But my favorite I have out right now are songs off my most recent project LOYALTY, TACKLE, LICKED, LIGHTS, and when u get into that there’s plenty more albums before that lead up to the development of that character. It’s been a gradual progression for me with the quality of my music and I’m finally on a professional level.

To find out more about Joey Trap, go to: