JSTNBNKS: Talks Music and Life & Hip Hop In the Philippines

A Filipino artist currently residing in New Zealand that may not have a large following but with the right platforms, opportunities, or any chance to have someone listen to JSTNBNKS will almost guarantee a likening to the smooth and laidback sounds of an artist who seems to be truly passionate about his craft. With great quality music that is well presented there should be no disappointments when tuning in to JSTNBNKS, as the music he creates is easily relatable, from intimate relationships to the day to day activities of the average person. 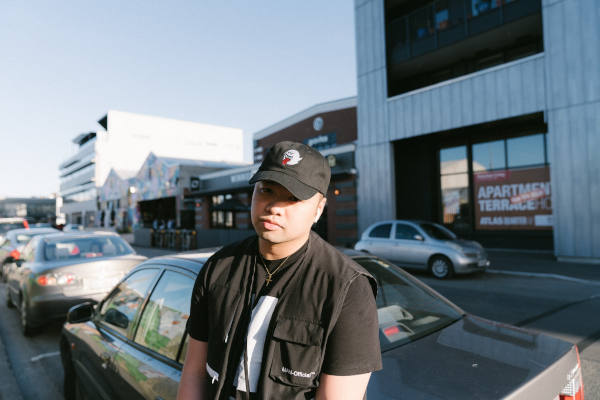 Meet and Get To Know JSTNBNKS

Kulture Vulturez: Where did you grow up at?

JSTNBNKS: I grew up in Manila and Nueva Ecija in the Philippines then migrated here in New Zealand when I was 12.

Kulture Vulturez: What are some of your favorite memories growing up where you grew up at?

JSTNBNKS: Definitely just being around my relatives and friends that have passed away. Time flies so much to the point where we take things for granted a lot. We worry so much about the future that we forget to enjoy what we currently have.

Kulture Vulturez: Is there anything iconic or well known about the community that you are from?

JSTNBNKS: Well , there are so many iconic spots where I grew up at. Manila is filled with them but I do remember when I was about 7 or 8 where we had a nice walk in Luneta Park and in Baywalk after eating in Jollibee. There was also a time when I was in kindergarten, where I went on a trip to Intramuros. This dumbass kid told me he saw a ghost during the trip. Mind you that particular district has been in the Philippines since the late 1500’s.  Obviously, a lot of eerie shit happened there in the past.

Kulture Vulturez: How did you get introduced to R&B and Hip Hop and how long have you been making music?

JSTNBNKS: This TV channel back home had a program called “RapPublic of the Philippines” where groups had to perform their original rap song. That made me really want to become a rapper. It’s funny because some of the groups/members that joined the contest are already iconic such as Stick Figgas , Crazy As Pinoy and 3YO Dorobo.

My mom loves ballads so that kinda made me adore R&B too. I just remember her buying me a Westlife , BackStreet Boys and NSYNC cd’s when I was young. She told me that I used to perform their songs while standing on the couch as a stage when I was young.

JSTNBNKS: Growing up , I always felt like Hip Hop have always been a prominent music genre in the Philippines. Correct me if i’m wrong but I remember Studio 23 or MYX used to play a lot of mainstream Hip Hop joints in the past. They had Jarule , 50 Cent and Nelly playing.A Filipino rap group called “Salbakuta ” had songs that the streets was always playing when I was growing up. Don’t forget Andrew E too because before I was born , he already had been making rap hits and definitely made some controversial joints too.

I also think that R&B has always been around in the Philippines , you got legendary Filipino R&B icons such as Jay R , Janno Gibbs , Jaya and South Border but in today’s time you got artists like Just Hush , Skusta Clee , Michael Pangalinan and more who made the genre even bigger in the Philippines.

Kulture Vulturez: In your music what type of subject matter and topics do you touch on?

JSTNBNKS: I definitely touch on mostly making love songs. 70 percent of the songs I have written are mostly about the individuals who I have had a relationship with in the past. Either I write about the positive or the negative memories. It makes the songwriting process really easier because I have definitely been through and experienced it.

The 30 percent would definitely be about the everyday struggles as an underground artists. The doubts, what if scenarios and the typical comparison that Filipino parents make towards their children. Being an artist in a Filipino household still mostly looked down because of the uncertainty in the future. It is not considered a safe route because you never really know if you’re really going to make it. In my case, I do believe that I’m going to make it. You gotta believe in yourself too and stop all the doubts.

Kulture Vulturez: What should people expect listening to your music?

JSTNBNKS: I expect listeners to hear more melodies in my future releases. Definitely more touchy subjects about my everyday life too. Melodies don’t always have to be associated with R&B , it can also be a good tool for just any subjects too.

Kulture Vulturez: Your latest release, Memorya, what is the concept behind that song?

JSTNBNKS: Memorya is about me talking about what I could’ve done in the past to fix my mistakes. I did not keep it solid with this individual and now she is constantly running through my head as just another memory.Which is what you called “Memorya” in Filipino.

Kulture Vulturez: Your song Seloso seems to have the most views, what’s the concept and meaning behind that song?

JSTNBNKS: I find it very funny because a lot of people seem to like that song so much. It’s not a favourite song of mine but hey, if the people love it then they love it. That song was mostly inspired by Power Trip by J Cole , which was about a guy who fell in love with a person that’s already in a relationship. He wanted to have the girl so much that he would take another notch to get rid of her partner. When I took songwriting seriously again, I was inspired by storytelling and did not focus on what I’m feeling as an artist and “Seloso” became this song that the people love.

Kulture Vulturez: What’s your favorite songs that you’ve made?

JSTNBNKS: I have so much unreleased songs that I really love but “Desisyon Interlude” would be one of my favorites. It had so many dynamics and flows that made the song not boring too. Mind you that it was only 2 minutes and yet I was on the booth spitting bars about love and shit hahahaha.”Memorya” is one of my favorites as well because I felt like I finally made what I really wanted to do which was combining melodies and bars at the same time.

Kulture Vulturez: As an artist what do you want to be known for and remember as?

JSTNBNKS: I want to be known for being a legendary songwriter like Babyface and be known as an all around artist too. Whether it’s performing or songwriting. I don’t mind not being in the limelight for the rest of my career. I could just be in the back helping artists during the songwriting process. I want people to react like “Oh shit? He wrote that song?!” type of artist and at the same time ,I also want to have that Lebron James present during my career. Adapting and not being stuck in one style at all. In short words “Longevity”

Kulture Vulturez: What are your future plans and goals?

JSTNBNKS: My future plans would be going back home in the Philippines to work on my music and immerse myself in the scene. Obviously , it’s kind of hard right now because of covid but it can’t be forever. I am also planning to release a collaborative rap album with LeagueOfPaul who is a known artist in the Philippines too. Got some joints with CHEESE! As well who is a known artist too back home. If the perfect opportunity is given in the future, I would want to get into acting. Some netflix/independent type of shit too. So if the bag is right , Banco there every night.