Next Up West Coast Rap Artist

One of the top rising artists of Southern California, known as Kay Nine Tha Boss, has been making noise in the region for sometime now and is currently on the path to becoming one of the top West Coast rap artists.  In a crowded market where new artists are constantly emerging and new music is always being release, Kay Nine has not only enough talent, but also the persona unlike any other artist to standout and break through the crowd.

Debuting in 2010, Kay Nine Tha Boss has accomplishments that range from working with rap legends like Mozzy, Spice 1, Sugar Free, X-Raided, Spider Loc, and others to being feature on all the top hip hop blogs and platforms to performing with West Coast pioneers like Snoop Dogg, E-40, Ice Cube, and even the late Nipsey Hussle.

Fresh off his latest release of Clarity, in this interview Kay Nine Tha Boss breaks down his introduction into hip hop, growing up in the streets of Santa Ana, the difficulties of being an artist, what is it like working with Spice 1, his latest album Clarity, and much more. 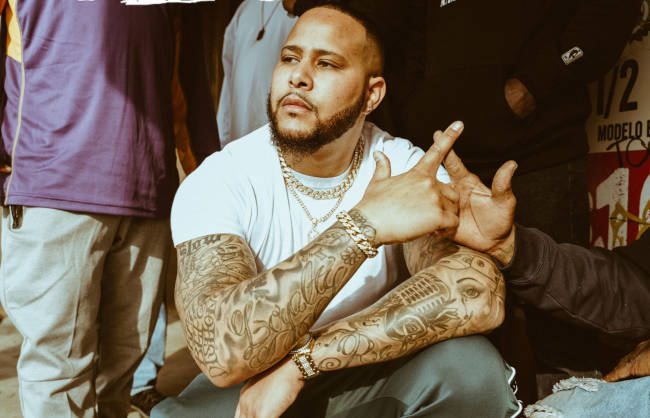 Meet and Get To Know Kay Nine Tha Boss

Kulture Vulturez: What got you started in hip hop and how long have you been seriously making music?

Kay Nine Tha Boss: I’ve been in love with Hip Hop as long as I can remember. My family would play music all day long. I got exposed to many different genres growing up from Soul, to R&B to Gangsta Rap to Hardcore Hip Hop. You name it, I’ve probably heard that style, if not that exact artist.

I started off breakdancing in grade school and doing graffiti in middle school. My drawing skills where trash and I gave it up quickly. A few people in middle school use to freestyle during our breaks but it was just something I would hear as I was passing. My passion really boomed due to my older Brother who would have house parties regularly. One of his close friends and a few other people would freestyle at the parties and it really caught my attention. They were a lot more seasoned with their flow than the kids at school and showed me different ways to take the music.

I thought it was dope how they could flip words and make them rhyme while at the same time tell a story. I was never good at expressing myself as an adolescent and I quickly leaned to make music my outlet. The more I got into it, the more my passion grew. Eventually, music just became part of my lifestyle. I’ve come a long way since I began rapping and my music has grown with me. 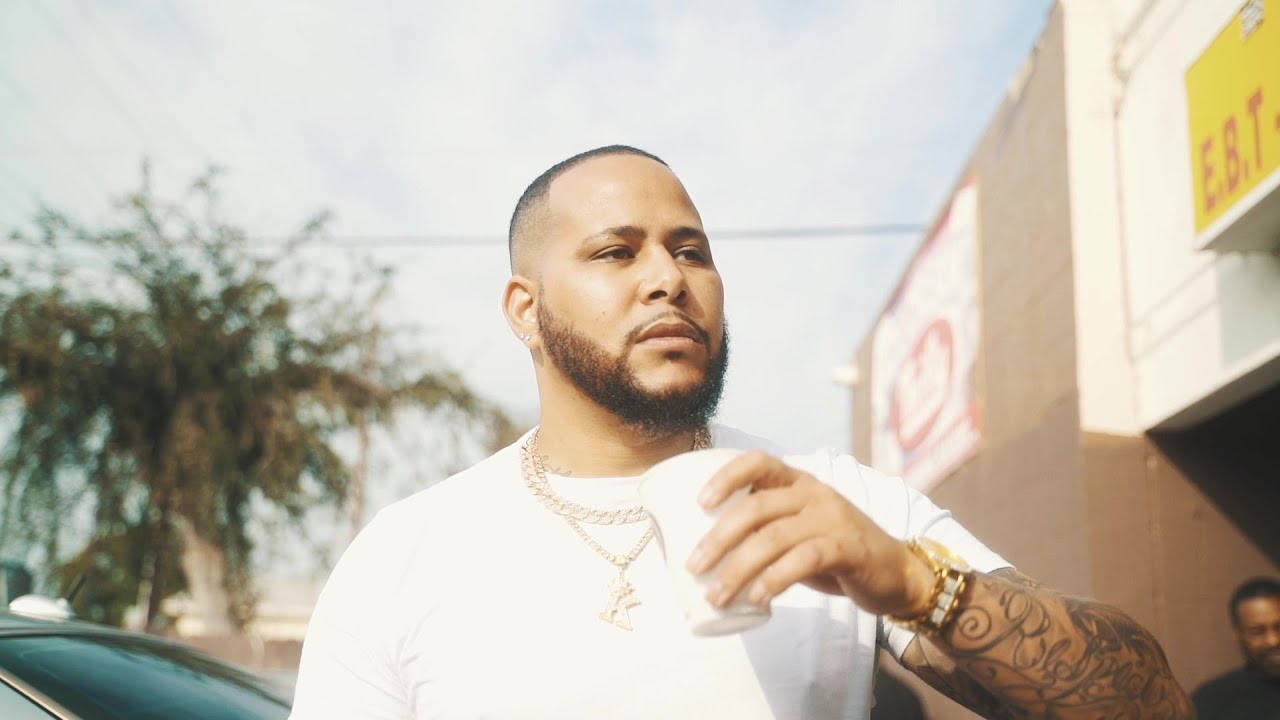 Kulture Vulturez: What is life like growing up in Santa Ana and how different from other parts of the L.A. southern Cali region?

Kay Nine Tha Boss: Santa Ana is a small city about 20 minutes from LA and gets overlooked a lot. Santa Ana doesn’t have major attraction to many people outside of the community. I grew up in Santa Ana and the surrounding cities. Life wasn’t easy. Some of my life choices led me to jail. One of my best friends was shot while standing right next to me.

We inherited a similar lifestyle to LA. There are of course gangs, lowrider’s, drugs, and prostitution that goes on. A lot of people from out of town come out here and get beat up and robbed for thinking its soft. However, Santa Ana is also a beautiful historic area with a lot of rich history, huge buildings, great food and a strong supportive community. And we are minutes from some of the most beautiful beaches California has to offer.

Kulture Vulturez: What are some of your favorite songs that you’ve made over the course of your career?

Kulture Vulturez: How do you feel your music stands out from other artists?

Kay Nine Tha Boss: I Rap about my real-life experiences, there is no bullshit in my music. I try to show my growth as an artist in my music.  At one point in my life my mind didn’t think outside of my hood. As I kept creating music I also continued to evolve as a person.

I believe in making “timeless music”, something that you can play 10 years from now. Music that has substance to it and you feel it emotionally. From hood music to party music to an R&B flow, I have something everyone can feel.

Kulture Vulturez: What do you dislike or find difficult about being an artist?

Kay Nine Tha Boss: A lot of people in this industry act like they are friends, but for some of them, it’s all a stunt for viewers. I understand no one is truly altruistic and I must operate on that understanding. People lie or BS to get what they want. It’s my job to see through that and make sure I cover my bases when working with anyone. Luckily, I believe in loyalty and having a code of conduct. Other Artists and Producers know I stand behind what I say and what I put out. 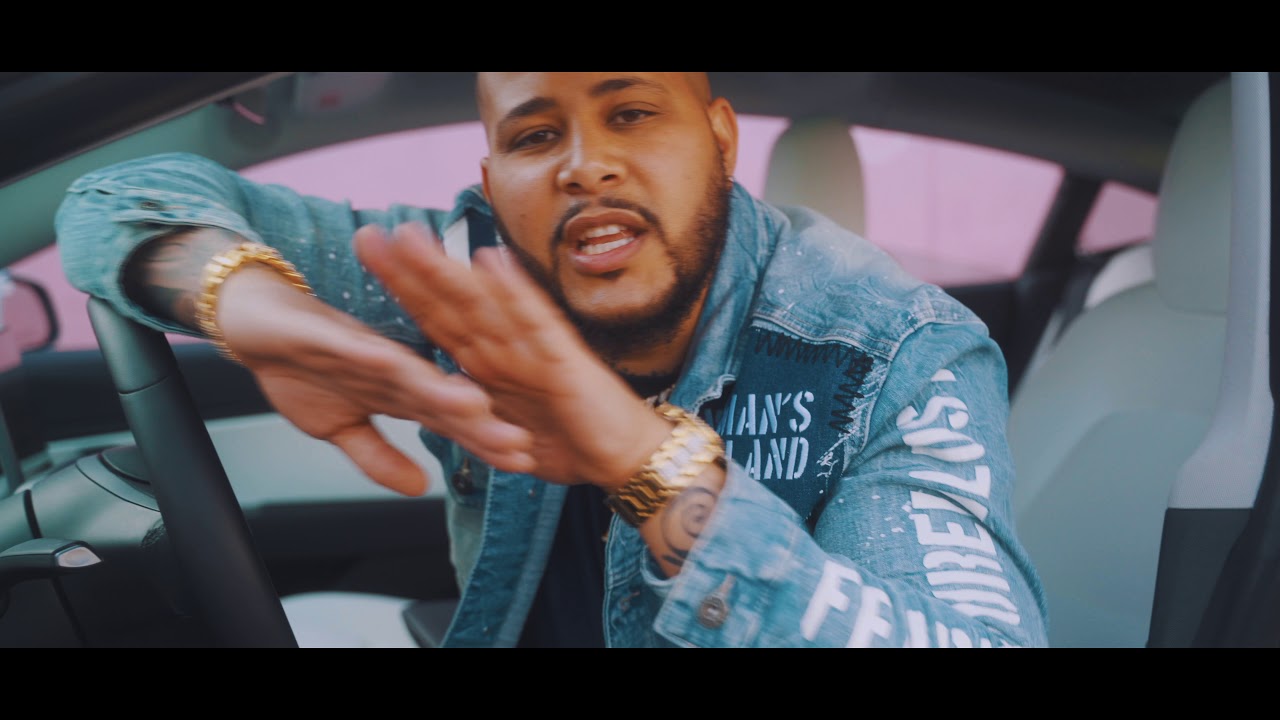 Kay Nine Tha Boss – Back Then

Kulture Vulturez: What is it like working with Spice1?

Kay Nine Tha Boss: It’s like being back in school lol. He has taught me so much and helped my game grow. Spice 1 is a legend with a lot of knowledge and an all-around good Dude. I grew up listening to his music and it’s an honor being signed to his label.

Kulture Vulturez: Explain your latest album Clarity, what is the meaning behind it, what should listeners expect, etc.?

Kay Nine Tha Boss: The purpose of the project was to show my evolution as an artist while sharing more about my struggles and successes. I hadn’t put out an album in a while and this brought everything full circle. My loyal fans will still see and hear the Kay Nine that they love bumping. But the album has new highs that will attract new listeners to my brand.

Once you start listening, you’re going to want to play the whole album over and over. My first single off the album is Clarity. Which is the title track, but it sets the tone for the whole album. I made it my mission to put out quality music and videos that match that level.

Kulture Vulturez: What are some of your previous projects/songs that people should check out?

Kay Nine Tha Boss: Definitely have to check out “Nuttin” feat. Mozzy, “Drinks Is Gone” feat. Suga Free, Lil Bihh” feat. X-Raided, and “King Me” remix feat. Spice 1. I’m currently working on a new song with Snoop Dogg that’s about to kill the club this summer. It’s a banger and when you have Kay Nine and Snoop on a track you know it’s going to be fire! Everyone can check me out on Apple Music, Pandora and all major music platforms. All of my videos, and some behind the scenes content, are on YouTube and my fan page. I’m of course on IG at @kayninethaboss.