A Versatile and Accomplished Artist of Reggae, Dancehall, and R&B

K’Coneil is a Jamaican-American male vocalist who draws inspiration from all facets of his life, while the singer effortlessly stands firm at the intersection of multiple music genres including Pop, Reggae, R&B, Dancehall, Soul, Jazz and even Rock. For as early as he can remember, K’Coneil always had an affection and aptitude for music. Taking inspiration from the likes of Usher, Bob Marley, Sean Paul, Michael Jackson, Diddy, Lionel Richie and so many others.

Born in Montego Bay Jamaica, K’Coneil was instilled with a work ethic that led him to working as an accountant for several years, but never being able to fully commit as his life had another calling. After a series of life changing events, it was only then that destiny had finally broken through and in 2016 K’Coneil released his debut EP Love/Lust, which peaked at #10 on the iTunes Reggae Chart and #20 on the Billboard Reggae Charts. 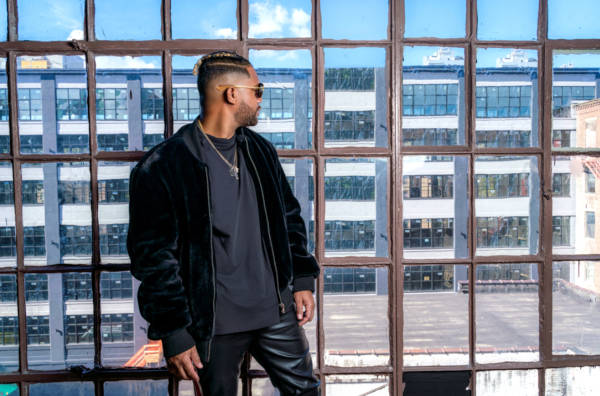 As he continued to record new music and discover producers that would complement his style, it was in 2017 that K’Coneil would receive a JUNO award nomination for Best Reggae Song for his collaboration “Love How You Whine” featuring Canadian singer/actress Kreesha Turner. In that same year he also received a nomination for “Best New Artist” at the International Reggae World Music Awards (IRWMA) in Chicago.

K’Coneil then followed up with a string of hit releases including three #1 videos on Tempo Caribbean Network, as well the 2018 hit “Balance,” a collaboration with Afrobeat star Stonebwoy. Furthering his success, in 2019 K’Coneil premiered his latest single “BODI” on BET, but it would be his next single “Finesse n Style” that would be his biggest song to date. The single debuted at #5 on the iTunes Reggae charts, eventually making its way all the way to #1, while also peaking at #14 on the Billboard Reggae charts.

In other words, K’Coneil is an artist that knows who he is and plans on making sure that the world knows who he is as well. From Reggae and Dancehall to R&B and even a healthy dash of modern Pop, anything goes! He’s carving out his own lane within the music industry and has no plans on slowing down anytime soon.

Meet and Get To Know K’Coneil

Kulture Vulturez: How do you feel growing up in Jamaica prepared you for the work that must be put in as an artist, as well the ups and downs of an artist?

K’Coneil: Growing up in Jamaica was definitely very important in my preparation for the work that’s needed to be an artist. I grew up in a poverty stricken neighborhood in a very humble household where all that was available was the necessities for day to day life. I had no fancy games, minimal toys, no cable, my radio was my best friend as it kept my company most of the time as I am an only child.

Not having much allowed me to develop a mindset that if I wanted things to change I had to work hard which is what I did. I studied my books so I could do well in school and I trained hard for soccer so I could be one of the best players which led me to receive scholarship.

Growing up poor helps you build character, it helps you build patience as things are not readily available whenever you want it. I love music but being an independent artist definitely has its ups and downs.

Kulture Vulturez: What are some of your earliest memories of being introduced to and surrounded by music growing up?

K’Coneil: I grew up in a household with my uncles who were all amazing singers therefore music was always playing; so it was only natural that I developed a love for singing. The first time they put me on stage in front of an auditorium of 3,000 people and I killed it! Ever since then I have never looked back.

Kulture Vulturez: As you got older, what events led you to pursue a career in music?

K’Coneil: After college I worked as an accountant for 12 years. I made a great salary but  I realized that I wasn’t getting the satisfaction I thought money would provide. I realized the only thing that would give me real happiness was pursuing my passion for music therefore I said bye to accounting and hello to a full time life of music.

Kulture Vulturez: Through all your styles, Reggae, Dancehall, R&B, which one do you gravitate towards or enjoy the most?

K’Coneil: I definitely love all genres however R&B is definitely my favorite . The smooth sounds of R&B were always go to when I had to study for an exam etc. It helped put my mind at ease and put me to sleep as a kid. I then realized that girls loved when I sang to them so once I discovered that it was solidified as my favorite lol

Kulture Vulturez: With a long list of achievements, how do you make sure to not stay complacent and stay hungry?

K’Coneil: I like to be the best at whatever I do. I know that no matter how high you go there’s always another level therefore I intend to go as high as God will allow me and the only way to do that is to stay hungry and humble which is exactly what I plan to no matter what.

K’Coneil: Money Dance is a song that talks about me spoiling an already hardworking independent lover who’s making her money and doing her thing however it doesn’t stop me from making sure she is taken care of and embracing her fly. It’s a fun song you can drive around in the car to or you can drop it low to in the club to.

Kulture Vulturez: What’s to follow this release or next from you that listeners should be on the lookout?

K’Coneil: 2022 is a year of music for me; the last few years have been very sporadic and minimal when it comes to singles; let’s just say this year I break that cycle and flood your ears! Stay tuned I promise to not disappoint.