Meet southern rap royalty, one of the main hip hop pioneers of a city that has taken rap and hip hop globally to new levels. Khujo Goodie is one of the building blocks of the foundation of not only Atlanta hip hop, but also southern hip hop, during a time where it was just the Geto Boys and booty shaking music being represented in the South.

Get a chance to listen and hear Khujo’s latest projects while he breaks down the start of the Goodie Mob, the introduction of the Dungeon Family, the creation of Atlanta hip hop music, how the city of Atlanta changed, and much more as we sit down with the southern legend. 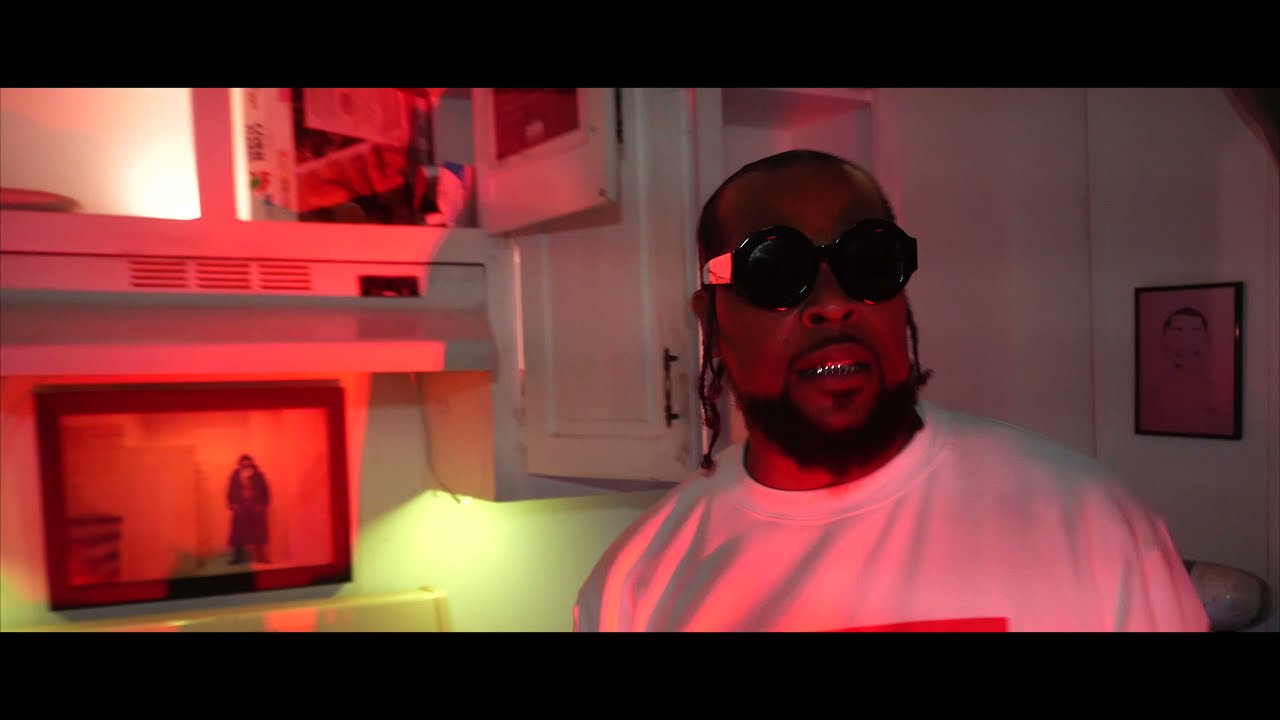 Khujo Goodie – Still In Me

Meet and Get To Know Khujo Goodie

Kulture Vulturez: Can you breakdown how Goodie Mob formed?

Khujo Goodie: Goodie Mob formed back in the back in the early 1990s in one of my partners trap houses. In one of my partner trap houses we came up with the name Goodie Mob, but we weren’t rapping then. We were doing other stuff. All four of us we would come under the umbrella of music. That was one thing that we all had in common. We all agreed at one point of time that the good was dying mostly over bullshit, and then we believe that if you took one O away from that, that was God and every man of blackness. So, it definitely had a developmental stage.

Kulture Vulturez: How did you guy get introduced to the Dungeon Family?

Khujo Goodie: Well, Ray Murray and Big Gipp, they were real close friends. They stayed in the same neighborhood. We just happened to meet up with everybody in high school. As a matter of fact, because [Big] Gipp and T-Mo and myself, we went to a high school in Atlanta called Benjamin Elijah Mays High School. Cee Lo also went there, too. So, I would go as far to say that we hooked up with Organized Noise through Big Gipp.

Kulture Vulturez: What was the whole environment and vibe like during that time?

Khujo Goodie: Man, it was an infant time down in Atlanta when we was doing music because at one point hip hop was dominated in damn near every big region except Atlanta, Georgia. So, that was our main goal was to put that flag up for Atlanta, Georgia. 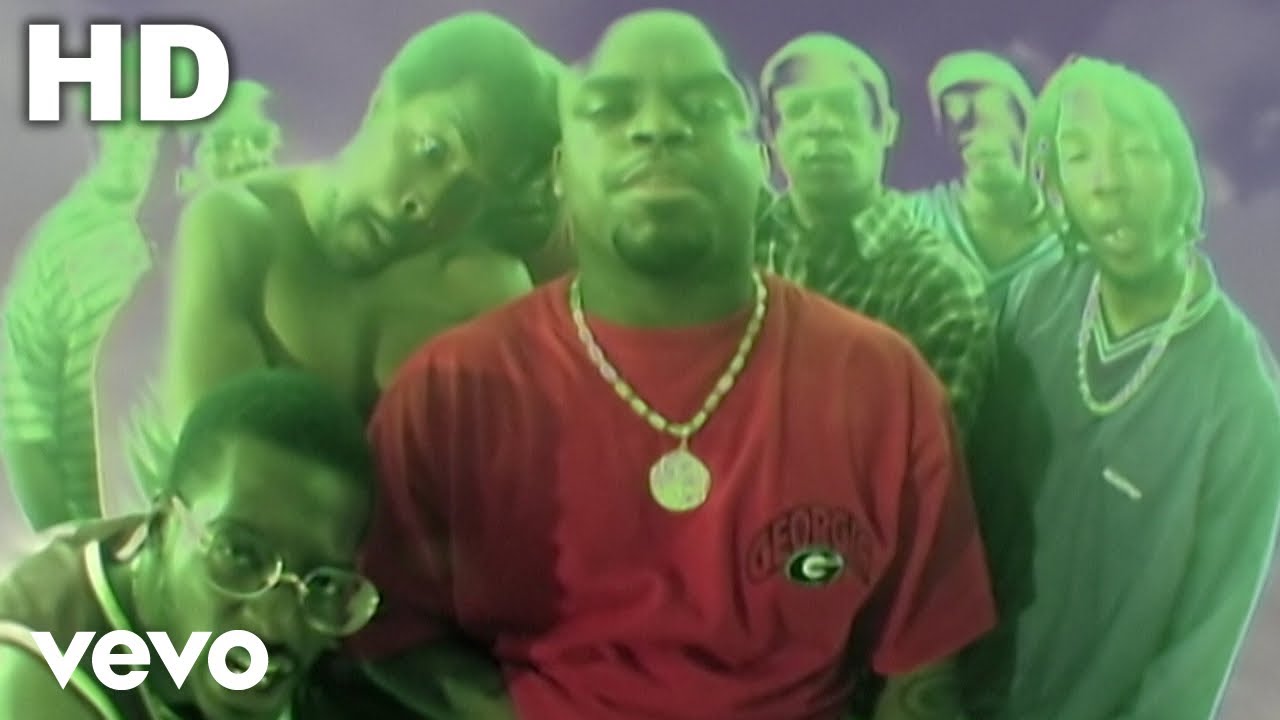 Kulture Vulturez: How was the city of Atlanta around that time, outside of music? I know it is different now.

Khujo Goodie: Yeah, it was a little different back then. You had the Olympics that was going on right about that time. You had Freaknik, that was going on back then. It was just like I said, it was an innocent time back then because Atlanta was still trying to find their identity, period. All they knew was just saying Atlanta, Georgia, was a part of part of the Bible Belt. That was about it.

Nobody really wanted to do nothing until they started hearing us say [certain Atlanta] spots in our raps. Like Southernplayalisticadillacmuzik and Soul Food, after people heard those albums they want to come down here and see what it was about.

Kulture Vulturez: Outside of you guys, who are some of the pioneers of Atlanta hip hop?

Khujo Goodie: Just in my humble opinion, I got to give it up to people like Mojo. He had a song back then called “Let Mojo Handle It,” one of the first A-Town brothers on the radio. I got to say, Kilo Ali, coming up out of that thing. [Hitman] Sammy Sam, I can’t forget about Sammy Sam. The Hard Boys, Success-N-Effect, Damage, Raheem the Dream. That’s just only a few to mention. Atlanta been bubblin’, it just didn’t have a major record label like LaFace. When LaFace came in they took our music to a whole other level.

Kulture Vulturez: So now, in the 2020s, how do you feel the rap game changed?

Khujo Goodie: I feel like the rap game changed as far as how you get paid. I think it changed real big time now. Now you got streaming platforms, n***** don’t really make CDs no more. I think that was a real blow to the music industry when they took the CDs and stuff away and started doing the other shit. Where it’s almost too easy to cheat. You can cheat real good with this shit, man. You can cheat real good with the other stuff. But this is kind of like, how do you get a billion streams? For real, a billion? I mean, it can be done. But like I said, that’s one of the changes.

It’s still the music industry, still ran by the youth. A lot of people think with this artist just past his prime it’s time to go find some some younger blood and just kick the old n***** out. But now, the 1990s are coming back. You got a lot of people that was dropping records in the 1990s are now still dropping music now. 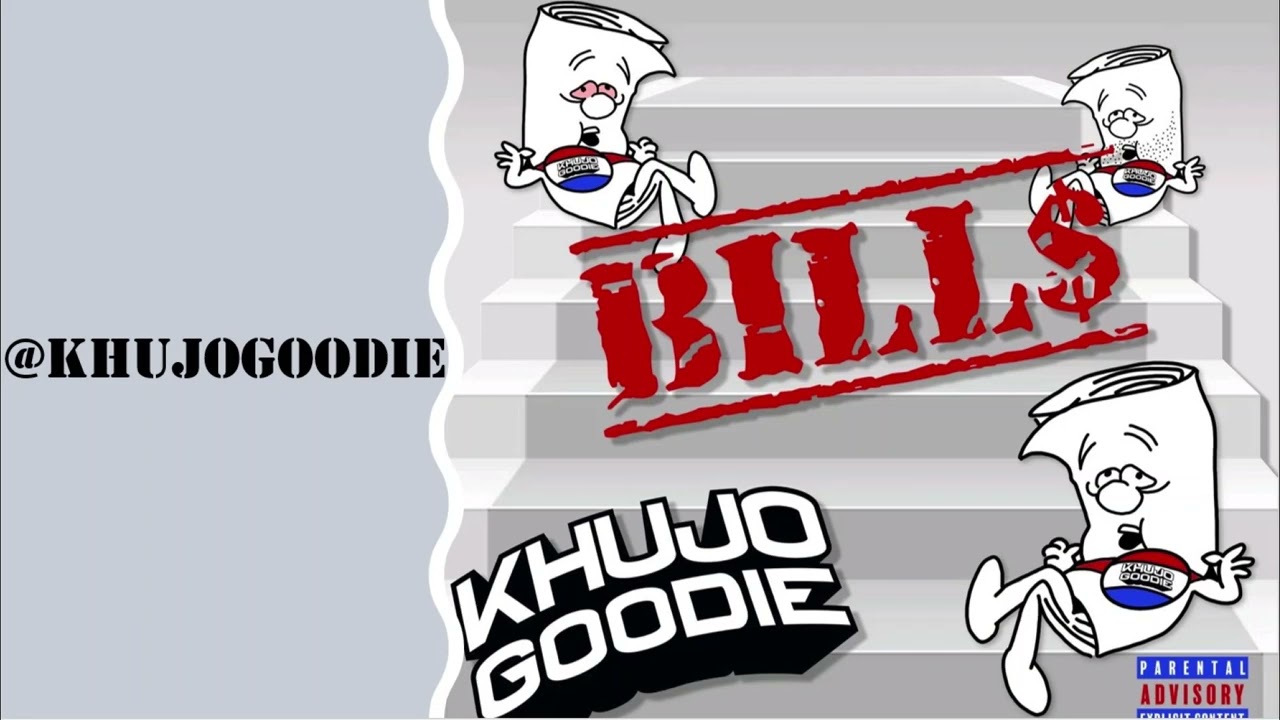 Kulture Vulturez: You have released two projects, the K Files volume 1 and 2?

Khujo Goodie: K Files, Volume 1. I’m just really sitting at the crib, just going through a lot of files that I had been putting away. I’m like, man, it’s time to release this cracken. You know what I mean? I know my fans out there, I don’t want to keep them waiting. Still having a large body of work, I feel like I’m still behind. It felt like I was working against time and against the eight ball. So I was like, let me just go and drop this K Files Volume 1 and start out with the single “Still In Me.” That was produced by my homeboy Kojak. Just to keep letting my people know I have not forgot about them.

I’m going to keep rocking until the motivation and the inspiration stop coming to me. I hope that don’t happen no time soon. I had to follow back through with the K Files Volume 2, just to let my fans know that, okay, he really feeling that shit. Now let’s see what’s up. So, I jumped out there with “Bills,” my first single off of that one, released April 1st, 2022. I got to shout out the producer of that one, Caviar of Secret Specialists.

Kulture Vulturez: Do you feel like now as you get older in the game, your rap skills got sharper?

Khujo Goodie: It’s supposed to. You know what I mean? You’re supposed to get better with age. These last two EPs that I dropped, I did a little writing on it, but sometimes I just sat in front of the microphone and in front of the computer and just was feeling everything. When you write, that takes a lot of time. It’s time consuming. I’ve been motivated obviously already to do it that way these last two these last two EPs. I did a little writing, but most of them just sit in front of [microphone] and just filled everything out.

Kulture Vulturez: A lot of artists, when they get older or be in the rap game for a while, their level of talents and creativity takes steps back. Why do you think that?

Khujo Goodie: I mean, it’s like that. Just like Frankie Beverly and Maze, I think that brother like 70 something years old, almost 80 years old, and he said his voice is an instrument. You know what I mean? An instrument can get a lot of wear and tear on it, depending on how long you keep it. I got to give some type of marginal level of an artist maybe losing a little bit. But to the point to where your fans recognize you, like it might be time to go on hang the mic up.

Like I said, with time a lot of stuff kind of slow down. A lot of artists, like you said, they get better with time. So, it’s probably an age thing. It’s probably a mental thing if you lose a little bit of it. Rap is a low contact sport. You ain’t really worried about somebody running and tackling you or blocking your shot or shit like that. I guess keeping your voice right and keeping your mind right and just kind of trying to stay up on things.

Kulture Vulturez: Do you feel like the legends and the OGs in hip hop get enough respect in today’s hip hop?

My thing is that I think some old music you can’t really [play it]. I guess some of these radio stations, they don’t do the media base where they can track down the music that’s being played. If your music can’t be tracked down and played and you can’t really get paid that much for it. I would wish man the OGs and the legends get their just due by getting paid off the music they don’t done right.

Khujo Goodie: My favorite era of rap. That’s a good one. To me, it’s got to be when it first started. I kind of came in on the tail end of the beginning of hip hop. Because hip hop started in the early 1970s. I was just being inspired, listening to some of the brothers up in the north just really doing the man with the rapping, with DJing, with graffiti and with the dancing.

That was the inspiration right there, the golden era of hip hop back in those in those days. Then I got to say the nineties, too. So, it’s got to be the early era of hip hop and then the 90s era of hip hop. The 90s era hip hop got real creative around that time. But extra creative because it was already creative. Pushing that envelope in the 90s was really what I think carried hip hop over into the 21st century.

Kulture Vulturez: After the K Files, what else do you have in store?

Khujo Goodie: I got more music. I’m releasing this project I did with this brother named Stu Bangas. I think he’s out of a Virginia. We cut some nice records. Stu Banger and [Eric] Bobo from Cypress Hills that plays the percussions, we’ve got a project coming along, man. Goodie Mob we about to get ready to go back on tour in May with Erykah Badu.

Kulture Vulturez: Anything else you would like to let the readers know?

Khujo Goodie: You can catch me on IG. Click the link in the bio and you can check out all my stuff. I got some brand new sunglasses I designed, it’s called Disco Shorties. You can click the link in my bio and if you want to check those out, some specially designed sunglasses with the disco ball mirrors on the arms of the glasses, and it’s autograph too, on the inside with my autograph.