Up and Coming Australian R&B and Hip-Hop Artist

Lolli is a recording artist, producer and songwriter based out of Sydney, Australia. Of Lebanese and Syrian descent, she doesn’t shy away from incorporating inspiration from her background into her music. Blending her influences of American, Australian and Arabian culture, Lolli has established a unique sound infused with R&B, hip-hop and pop stylings.

Having been introduced to the piano at the age of seven, she has always enjoyed the creative aspect of music and started to compose her own music thereafter. Following the impact of a nerve injury in her hand, Lolli started to explore her voice as an instrument and furthermore developed her singing and rap skills at the age of fifteen. Over the years, her music has matured alongside her. She plays with the idea of being a female in a male dominated industry and the journey of a brown woman who is still getting to know herself.

In 2017, Lolli launched her career when GZA from Wu Tang Clan recognized her work and had her song “Alphabet” feature on their Australian Mix-Tape, followed by a few singles. After a 2-year hiatus, focusing on her sound and developing her unique style, songwriting skills and production skills, Lolli Is back with “Not This Time”. 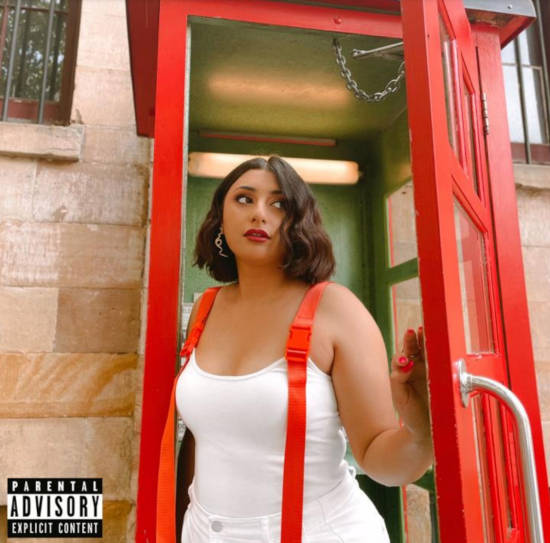 The brand-new single from Lolli is a dedication to staying on your grind, and to not allowing yourself to be bothered by someone below your standards.

Blending elements of trap, R&B and pop on the record, ‘Not This Time’ provides listeners with authentic insight into the mindset of an artist who refuses to waste her time on the haters, f*ckboys, doubters or leeches – which is akin to her own approach to the Australian music scene. The track marks a shift for Lolli towards a revitalised and self-empowered approach to both music-making, and to her own pursuit of artistic integrity and originality.

Essentially, Lolli’s got herself and her business in order and any man that comes along will have to approach her with these same values in mind. The song is amplified by Lolli’s bright, bubby pop vocals which shine excellently alongside an international feature verse from vibrant American artist Buto.

All the way throughout, ‘Not This Time’ screams “F*CK YOU” and gives Lolli the chance to remind listeners to be that ‘boss bitch’ in a playful manner. Simply allow yourself to be smitten by the colourful world shaped by Lolli on ‘Not This Time’ – you’ll undoubtedly be playing it long into the summer ahead.

Lolli – Not This Time

Meet and Get To Know Lolli

Kulture Vulturez: How was music or anything artistic part of your life growing?

Lolli: I’ve been playing piano since I was 7 years old, that was my introduction to music. Aside from that, both my parents are artistic and always encouraged my creative abilities.  My father is an architect, while my mother is a visual artist. I was also put into drawing classes at a young age, so I guess they recognised my creative nature quite early on.

Kulture Vulturez: What gave you the motivation to pursue music seriously as an artist?

Lolli: It was mainly the idea that I had nobody who looked like me to be inspired by. At the time I started developing my musical artistry, I was only rapping and there wasn’t another Arabian, female rapper I could name that was remotely close to what I wanted to be doing. I loved the idea of having a voice and using my voice to make some changes. I don’t mind embracing my difference, in fact I think it was needed, and this is choice is definitely different for someone in my community.

Kulture Vulturez: It’s rare for many artists to produce, song write, and perform, what do you enjoy out of all three aspects of making music?

Lolli: I love hearing ideas come together, that’s the best part. Whether it’s sitting in my home studio and putting a couple of samples together or hearing another producer come in and add their own flavour. That part just hits different.

Kulture Vulturez: How do you or how can you represent your heritage and your cultural background through your music and artistry?

Lolli: I will always try to add some Arabic instruments, sing a phrase or two in my mother tongue, or talk about things that relate to my heritage. I’ve been researching asking more questions about my bloodline and where I come from so I can incorporate more rooted truth in my music.

Kulture Vulturez: What did gaining recognition from GZA of Wu Tang mean to you and do for you as far as confidence or just learning?

Lolli: That exact moment in time made me realize the reality of this dream I had. I know that sounds so cliché, but it’s the honest truth! I definitely think it helped me feel validated as well as eradicated some insecurities I had so early on in my career.

Kulture Vulturez: Talk about your upcoming single Not This Time? What’s the inspiration behind the song?

Lolli: This is the ultimate “f*ck you” song. It’s inspired by my experiences with people in the past who didn’t respect my grind and hard work. Everything written in this song comes from a place of self growth and acknowledgement of self worth. After a two year hiatus from releasing music, this song comes at the perfect time. I grew so much!

Kulture Vulturez: Outside of music, are you involved in anything that you could share?

Lolli: I co-host a podcast called Midknight Snack where we speak about all things relevant to the Aussie music scene and culture. Yes, this is still music related, sorry. Everything other than that is still in the works, but hopefully you’ll hear about it soon.

Kulture Vulturez: What’s next for you following this release?

Lolli: Many more releases and collaborations with other artists! Us Aussie artists have a lot to show this year.