Waverunner Lays: Meet and Get To Know One of Baltimore’s Top Rappers

With embracing and embodying the culture of Baltimore through his music, while being one of the leading rappers in the city, Waverunner Lays is a talent that will soon to be discovered by the masses.  His rise onto the top tier of the rap game will soon be witness with the talent, the resume that no one will be able to question, all to go with a large bag of unreleased hits featuring everyone’s favorite artists that Lays has stored away.

2022 and beyond seems promising if everything goes right for the Baltimore native as Lays admits his biggest roadblock over the years has been consistency. From breaking down the city of Baltimore, the local rap scene, and his music, get a chance to get to know more about Baltimore’s next top rapper.

Get To Know Waverunner Lays

Kulture Vulturez: What is it like growing up in Baltimore through your eyes?

Waverunner Lays: It is just like any other hood. You got your hustlers, robbers, killers, your nerds who want to go to school. Like my upbringing, it was a little rough. It wasn’t all bad. I am not going to say it was all bad growing up, but you know how it is. I had to jump off the porch early, and it was on from there.

Kulture Vulturez: What do you feel like people get wrong about the city? The biggest misconceptions about Baltimore?

Waverunner Lays: I’m going to say that people think they see The Wire and think that’s Baltimore, but that’s just a small part of it. We really starting to make our way to this music shit and we just got to get some more togetherness. It’s a lot of separation for us with the key players here. They think we are just known for being violent, but it’s also some good people still, though.

Kulture Vulturez: What is going on with the rap scene there in the city?

Waverunner Lays: I love it, but I definitely want to, once I get more involved with the music, get the f*** away. Because it isn’t really, I mean we’re making the opportunities, but it isn’t a lot of opportunities here. The way shit is here, how they say we are the city of crabs, that is what this shit is, one big ass crab bucket. One man trying to get up, the next man trying to pull him down. Instead of us coming together and do this shit collectively.

Kulture Vulturez: Was there a rap scene back in the day that you can remember?

Waverunner Lays: I mean, it was always a little scene. We never got those looks like nationwide, worldwide. It was always local shit, but as of late we started to get artists getting attention from other cities or whatever.

Kulture Vulturez: Any top rappers in the city?

Waverunner Lays: Yeah. Shout out to Roddy Rackz, he one of the dudes here, he got a deal with Def Jam. You got Young Moose, he signed with Boosie. You got YG Tek, he from my side of town. He’s doing his thing. He real big in the city right now. So, we are starting to get the looks, we just got to keep going.

Kulture Vulturez: In Baltimore, is there a difference between East Baltimore and West Baltimore?

Waverunner Lays: It’s a hell of a difference. But the last couple of years, it’s starting to be the same. How it used to be years ago, the West Side was the flashy n****s, and the East Side was like more grimey. But now everybody is dressing the same, so it’s like everything is equal.

Go to any part of the city it is going to look the damn same. Only thing might change is the black and white demographic, like you have more white people in South Baltimore and in them parts. But with West and East you can’t tell the difference. Everybody has skinny jeans, everybody, you know, same shit going on everywhere.

Kulture Vulturez: Do you feel like rap and social media made it happen?

Waverunner Lays: Yeah. Social media a big part of that of that shit. Like I’m not going to lie, my personal opinion, social media f*** a lot of shit up.

It f***ed it up because you have people that’s watching you and just because they are seeing your shit every day, watching you and seeing what you post, they really be thinking they know you. You will be out somewhere, and they’ll be like, ‘Oh, you know, it’s me ‘such and such,’ and it’s like, I don’t know you. You got to react different. You got to be a people’s person being a rapper.

So, Instagram definitely f***s shit up. Then it’s like this perception on Instagram, everybody wants to be looked in this light as they ballin’. They’re going to post when they got lots of money, when they taking trips. Nobody’s posting when they’re going broke trying to do that shit. You know what I’m saying? Nobody’s going to post what they’re going through, everybody is ballin’ on Instagram. Social media is phony for real, but just the way of the world right now. 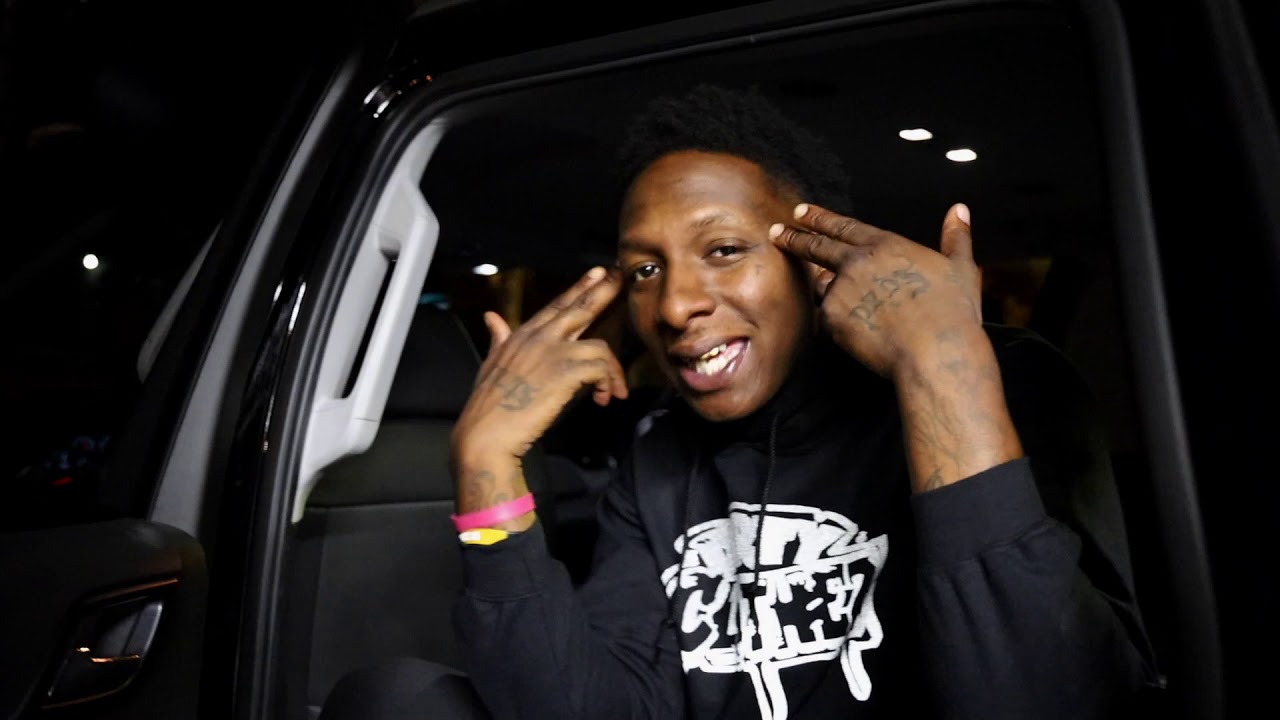 Kulture Vulturez: How do you get started rapping?

Waverunner Lays: I always was rapping and shit. When I was in middle school I used to f*** around with it and in high school I was f***ing around with it a little bit. Right when I had graduated, that is when I started to take it serious. But you know how it is when you are independent, that shit is a grind.

So, I was back and forth with one foot in, one foot out type of shit. But now I’ve been fully involved in that shit. Finally starting to pay out. So, just got to keep going with that shit.

Kulture Vulturez: What do you feel like the biggest roadblocks and obstacles for you to take it to the next level as an artist?

Waverunner Lays: With me, I think my main thing is just consistency. How the game is now, you can drop and that shit is like, alright, next week where is the next one at. The following week, where the next one at. If you have fans you have to stay in their faces this day and age. You have to keep dropping music, you have to keep dropping visuals, and all of that kind of shit. So, I think that’s one of my roadblocks, I just have to stay consistent.

Baltimore as a whole, we just have to help each other out. A lot of times here, like if somebody gets a buzz, you know how Atlanta do it once one person gets hot then they jump on another person song, here they are not doing that. If there is a person to get a buzz here, they are going to charge everybody. I get it, you are trying to make money off it. At the same time we are suppose to charge these other people, not the home base. It is what it is, you got to pay to play, I guess.

Kulture Vulturez: How can you break down your style?

Waverunner Lays: My shit, I’m so diverse with it. It’s like you can’t put me in one box. I can do the trap shit, I can do the baller shit, the punchlines type shit, I can do the girl songs. I can basically step out of my element with any kind of song. No song is going to sound the same. You listen to certain artists and you already know what to expect. With me, I come with so many different flows, flow patterns, and styles. I am very complex with it. That’s what I like about myself. 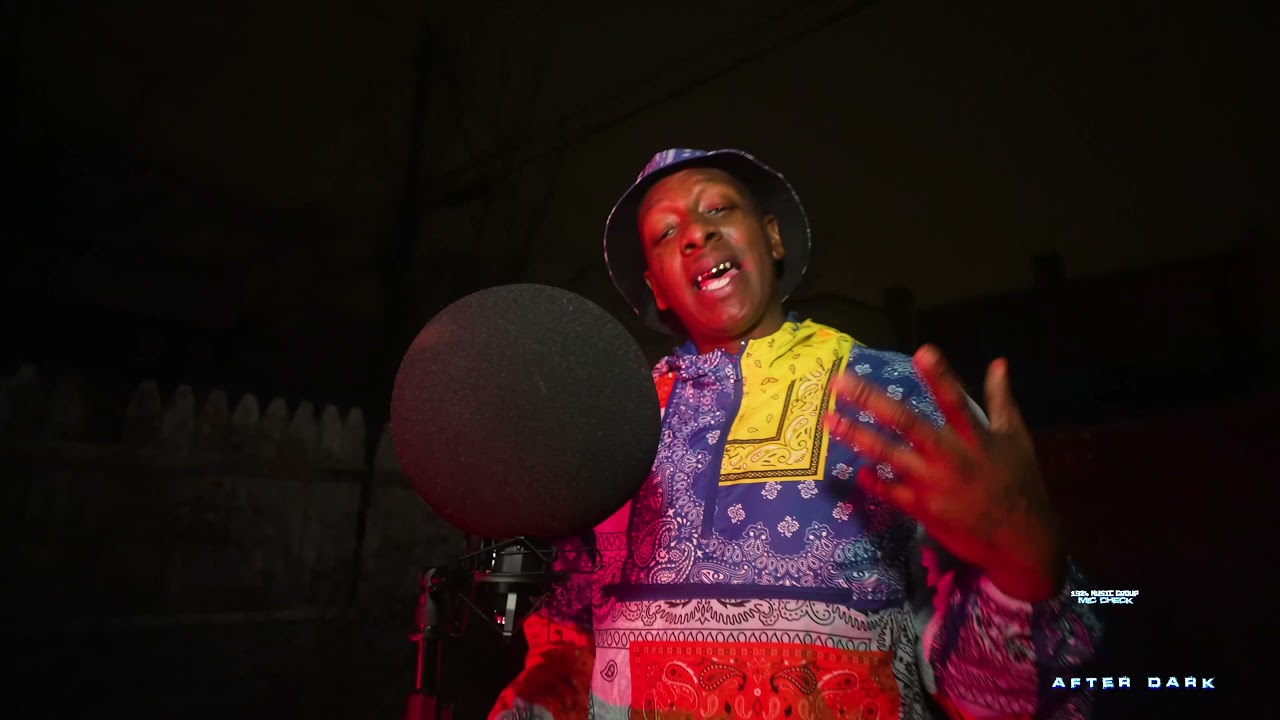 Waverunner Lays “In My Hood” Freestyle

Kulture Vulturez: What’s your biggest song, with the best feedback, the fan favorites?

Waverunner Lays: Well, as of late I dropped this joint called “Gang With Me,” that was taking off. I had a joint called “Why You Mad,” that was real big in the city for a time. I just dropped “My Time” video, that’s at 25,000 views. I dropped a joint call “Trap Time,” that’s almost at 45,000. Then I just dropped “My Hood Freestyle,” I used Detroit style on there. I think that has been up for about two or three weeks, that’s already at 20,000.

Just got to keep dropping. I’m about to drop this new song called “It’s Up,” I really think that’s going to be the one. One of the ones for the clubs and shit. Every time I drop it grows, so I just keep trying to stay at it, stay consistent, and stay on their neck.

Kulture Vulturez: Pick one song best showcase you as an artist, what would it be?

Waverunner Lays: Right now, out of all of that shit, I probably would say “My Time.” That song I wasn’t just rapping. I mean, I was rapping, but it was like the shit that I was saying was real life stuff. I don’t like to do no fabricating when I rap. A lot of these motherf***** be capping with a lot of shit they saying and doing. That song I told my story, when I went to prison and all of that shit. It was a cool little song. I think if you listen to that, you can get an idea of who Lays is.

Kulture Vulturez: So, what’s next for you?

Kulture Vulturez: You are going to drop a project or hit them with the singles?

Waverunner Lays: Just hitting them with the singles. I might do a little EP here and there, but the main thing is you have to stay in their face. I am just trying to keep throwing singles. How I’m setting it up for this year, I’m trying to drop two videos each month, at least, that’s just on the least tip. That’s not counting what songs I’m going to drop and all of that, but I’m dropping two videos each month, at least.

Kulture Vulturez: Anything else you want to let them know?

Waverunner Lays: Just be on the lookout. Dropping hella videos, have a lot of features, just be on the lookout for all this upcoming shit. We about to shoot the video with Lil Migo, just our schedule’s been clashing, but in the next month we should have that done. That’s going to start the songs with all the main features I got. I got hella features, I got Lil Migo, I got Shy Glizzy on something, I got a song with Boosie, I got a song with G Herbo, and I have a song with Lil Durk. We are about to shoot the videos to that, and get the clearances and all of the politics in the business right, then push that shit.