Dirtsa is a 24-year-old artist originally from Douala, Cameroon – now residing in Toulouse, France. From writing, to singing, to rapping, to painting, to poetry, Dirtsa is the modern-day definition of a Renaissance person and cannot be boxed into one certain category. The way in which her pen and her mind collaborate is her focus of creation.

Dirtsa’s music represents a duty of story-telling and remembrance to not only her ancestors, but to all people who have fought and continue to fight for racial injustice all around the world. Over the course of 2021, Dirtsa made her mark on the music industry as a 1st place winner in France’s PR Live competition, a publishing deal through Cutcraft Music Group (BIA, Chet faker, Izzy Bizu), a debut Summer Tour, and her debut EP Aletheia’s Calling, which released in late-fall.

Additionally, Dirtsa has been growing globally on the press-side with coverage from Lyrical Lemonade, Rap Nation, Ones to Watch, Early Rising, Kazi Magazine, Sheesh Media, R&B Nation, A1234, Fashionably Early, Discover Nü, as well as editorial support from Spotify’s EQUAL & Douces Vibes playlists. 2022 is the mark of a new year for Didi, as she aims to continue the traction built in the year prior and take her artistry to new heights. 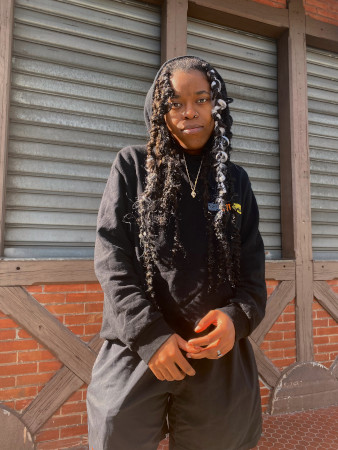 Dirtsa reveals her galvanizing sophomore EP Truly didi, a letter serving as an ode to her heritage as well as a poised call to action to fight racial injustice as we strive for a greater humanity. Stemming from her personal experiences with the world’s adversities to racism, Dirtsa vividly paints a sonic canvas of her hopes and aspirations, the hardships she has endured and the importance of family through her intellectual lyricism.

The unique, confident blend of playful alternative rap tones and echo-laden, voluptuous notes proves that Dirtsa is a true musical maven. Through her 5-track offering, she invites listeners on a journey through her past year of self-discovery while showcasing her deep understanding that change starts when one dismantles the head of the beast: our own fears and insecurities.

The EP is a rollercoaster of emotions, starting with “Marie, I’m Drunk,” capturing an individual who at first feels inadequate and succumbs to darkness, leading into a more confident version of themselves who demands their voice be heard. Following is “Pouring,” where Dirtsa explores her inner-will and reflects on the tragedIes the people of her heritage have endured.

The story’s development continues with melodic offering “Control,” which includes a snippet from a speech from the late singer/songwriter and civil rights activist Nina Simone. Here, Dirtsa explores themes of inner power and the true meaning of freedom. “10” is a true sonic experience, detailing the artist’s mission to be amongst those breaking ceilings and never settling for less. Truly didi, concludes with her anthemic, highly praised “say shit!“, the EP’s lead single, which sees Dirtsa championing her ability to hone into her own peace of mind after facing her emotions and true self. 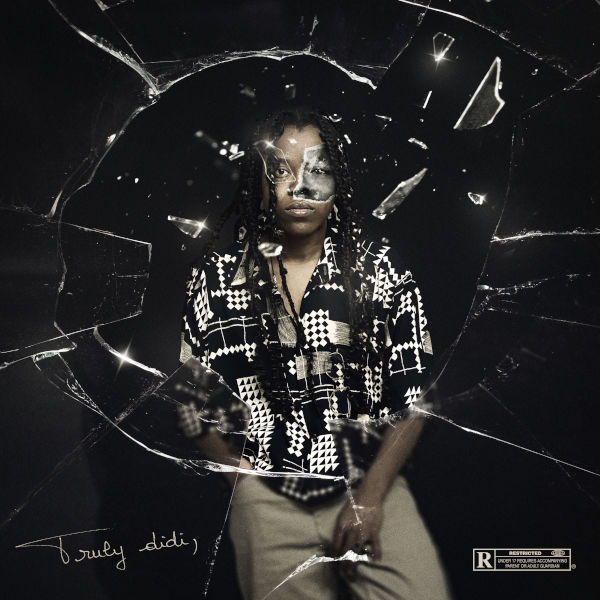 Meet and Get To Know Dirtsa

Kulture Vulturez: Growing up, what type of music were you often exposed to during your time living in Cameroon? Can you also explain what the music culture is like there in Cameroon?

Dirtsa: I was exposed to my older siblings and parents’ music a lot, which is in a way odd when you consider the musical influence coming from African countries of the world. It’s the values the elders didn’t recognize themselves. There’s also the conflict of generations.

When I was growing up, everything was considered new influences in terms of music because it wasn’t necessarily approved by the older society. For my siblings and I, the environment was strict, and the focus was really made on school. With my parents, the music allowed was a lot of local music which really shaped my ear for music. Artists like Henry Dikongue, Richard Amagou and more.

My siblings were more into old school hip hop, I remember my eldest sister introducing me to Tupac’s music in our room as an example, but also E.V.E, Missy Elliot, Destiny’s Childs and such. All of this makes the music culture very diverse.

Dirtsa – Give It Right Back (Official Music Video)

Kulture Vulturez: What led you to develop a passion for arts and overall becoming a creative person?

Dirtsa: As much as art wasn’t the primary focus growing up, it was still all around. My mom was a seamstress, so when I was younger I would often see her draw. My eldest brother was the one who was really into the hip-hop genre. My sister and I used to organize karaoke nights in our room, which were so fun, and give ourselves feedback and notation — the funniest!

Though I wasn’t necessarily conscious of it, I think it was all around and particularly something I was sensitive to. On TV, I remember we were always watching cartoons with my siblings when allowed (Dragonball Z, Saint Seiya, Blue Seeds, Conan the Detective, Nicky Larson, Cats eyes, …) so it became printed in my mind I think. I have sweet memories of those. Then I kind of repressed that side of myself, being an art appreciator. It wasn’t something I did seriously at the time, but it was always right in the corner.

My first year of middle school, I auditioned for the school musical. I used to write poems at that time too, but it’s almost like I wasn’t aware this could be something you fully pursue. I almost grew up suppressing that side of me. I was also growing really unhappy, and one day a critical life experience with people close to me made me realize I really had to live life and not just contemplate.

Kulture Vulturez:  Following your arrival to France, has French culture had any influences on you artistically?

Dirtsa: Undeniably. At the moment I’m writing this, it does.

Kulture Vulturez: What initially motivated you to pursue a career in becoming an artist in music?

Dirtsa: There was a shift for me in 2018. I experienced some things that year that served as a message for me to pursue artistry. I’m still discovering what it means everyday. What I feel when creating is freedom. It’s being able to be anything, heal myself and stimulate the mind. It’s really freeing.

Kulture Vulturez: How could you sum up your overall style as an artist and what do you feel like your music represents the most?

Dirtsa: I like to see my style as something evolving. What I do is also very bendy. Hip-Hop based but quite bendy.

Kulture Vulturez: Breakdown your upcoming EP, Truly didi? The basis of the project and the overall inspiration that led you to create the project?

Dirtsa: On Truly didi, you come into the painting in the action of breaking the frame. Didi, for me, is that girl without fears, because I was not always that girl for myself. The character is almost like the anime characters or superheroes I used to love as a kid.

The project was inspired by this will to put you in a point of view where you are this player going through a rollercoaster and using all of that to bounce back and go further. We are dealing with fears (or the lack of fears) and finding your way through peer pressure. Something I also feel needs to be discussed is the weird relationship that students can have with alcohol, and the impact it can have on your relationships, how you see yourself in the world and more subjects, like going against determinism.

Growing up in France, I started writing some of those songs when I was in uni, so I’m testifying about some experiences there. There’s also a dimension of finding balance of mind over matter and between the feminine and the masculine, and finding that balance in yourself. We go on to talk about going against determinism, with that image of breaking the glass by using your voice. Loving my family and siblings, and there being 5 of us, I wanted to work on a project where their teachings would be referenced.

I am everything I am thanks to those who raised me. I wanted to pay homage to that as well as my origins and my culture. I wanted to pay homage to the ability of being able to create things out of nothing, and the man I share the photo with is one embodying that. It’s my father’s father, and though I didn’t get to know him, I got to know and love his wife, my father’s mother, and we had a very sweet bond. She was highly involved in my 2018 shift and it meant a lot for me to keep paying homage to them, but also show love to the living. Being me is being a continuity of them. I’m wearing my father’s shirt, representing both the women and the men who make me who I am.

Dirtsa: I would like to thank them very much for taking the time to read this, thank you for the convo and enabling me to dive deeper into Truly didi, come join the community on my socials!