The entrepreneur, the go-getter, the lyrical femcee, the vet in the rap game, the fashion designer, Ivy Shades is an example of a powerful woman making moves and her latest single, “Photo”, showcases just that. Debuting in 2010, Ivy Shades has garnered support from major recording artists such as Rihanna, Cee-Lo Green and Lady Gaga, while being one of few artists to lay claim to a feature with the late great Pimp C. As we enter 2021, Ivy Shades has major plans, to begin with the release of her new single “Photo”, which has already been well received with over 100k streams and views. With the opportunity to get to know Ivy Shades, we learned how she was inspired by Lil Kim, how the city of Houston influenced her rap career, her creative process, the reason for her to start her own fashion line of eyewear, and much more, all in an exclusive interview. 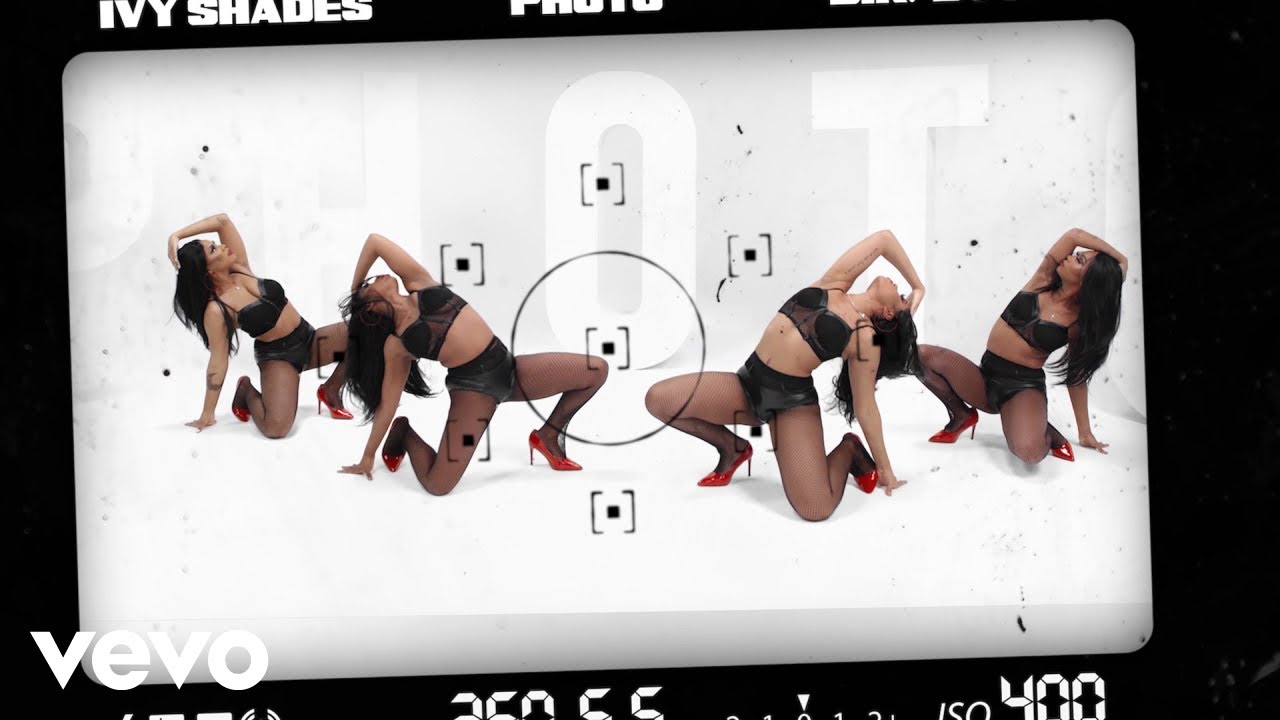 Kulture Vulturez: How did you get started into rapping?

Ivy Shades: I can say that I was inspired by Lil Kim.  I watched her when I was little, she really inspired me to do music.   I thought she was so powerful and so bold and just so everything to me.  So, I kind of started rapping.

Kulture Vulturez: Are you originally from Houston?

Ivy Shades: No that’s ok, but I lived in Houston too and know I live in Atlanta.

Kulture Vulturez: I was going to ask how has the culture of Houston, or anywhere, had an impact on you as an artist?

Ivy Shades: Houston definitely influence me as an artist, because when I first moved from Cali I wasn’t country and they use to always tease me like, why do you talk so proper and annunciate your words.  When I was rapping that’s how I rap.  They were like no, say coming dine (down), I’m like what does that mean.  Houston definitely influenced me musically in regards on how I deliver, words I say, and stuff like that.  When you are around it you adapt to it.

Kulture Vulturez: Growing up were you or family or anybody around involved in music?

Ivy Shades: I wouldn’t say family, I started doing music when I was 15.  By the time I turned 16, I was still trying to figure out what type of music I wanted to do.  Nobody in my family did music, I really blame Lil’ Kim.

Kulture Vulturez: When you first started what was the learning process like?

Ivy Shades: It was more so just understanding how to record.  You hear these songs, but you don’t know what goes in making the record.  It wasn’t hard, actually it was pretty interesting and fun.  Just learning how to record a song properly.  Learning a first verse minimum needs to be 16 bars, you don’t want to just do 8 bars, learning how to count bars.  That was like my initial process, understanding how to do it basically. 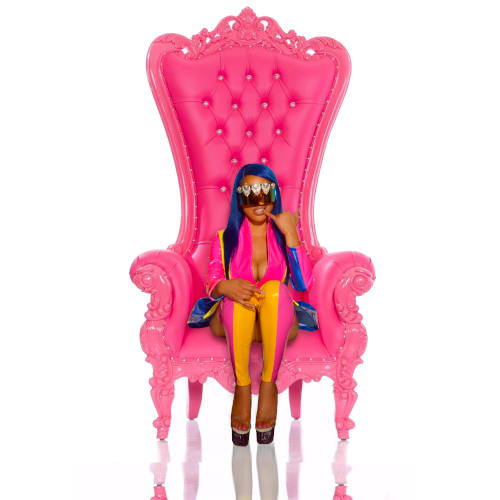 Kulture Vulturez: How do you feel like you stand out from others?

Kulture Vulturez: What is your thought process like when it comes to your creativity, music, videos, fashion?

Ivy Shades: Well for me, it’s all about the music.  Like I can freestyle all day, but the beat inspires me.  If it is a nice ass beat, it’s simple, it’s really easy.  When I hear a track I like I make a record to it, and once the record is done I kind of visualize what do I want people to take from this record when they see it.  So, basically that’s pretty much the process.

Ivy Shades: My original rap name, they use to call me P.I., Poison Ivy, when I was young because my voice is so deep, everybody would say your voice is so powerful.   So, once I started making my own shades, because I wasn’t feeling the Dior’s and the Bulgari’s, it was like these are just too plain for me.  I knew how I wanted my shades to look, but I couldn’t find them anywhere.  Once I actually started making my shades, I just kind of dropped the Poison and kept Ivy, because everybody has always called me Ivy anyways, and I just added Shades to it.  Then, here came the eyewear collection and everything else kind of fell into place after that.

Kulture Vulturez:  What has been the biggest obstacle for you?

Ivy Shades: The biggest obstacle I would definitely say for me was starting a successful eyewear company without any financial backing.  That was a huge obstacle for me because I knew what I wanted to do, but when you don’t have the financial backing, it makes it a lot more harder, right?  So, that was one of my biggest obstacles for me, starting a successful eyewear company without any backing. 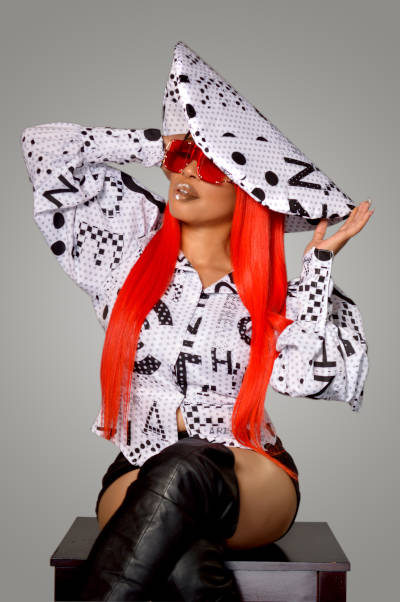 Kulture Vulturez:  What inspired and motivated you to start your own company?

Ivy Shades: What really kicked the whole thing off, I was doing club runs in Houston with the Go DJs.  We had them for like 30 days, maybe four shows a week, and I made all different kind of shades for myself.  Maybe like mid-month, a chick approach me when we was walking in [at a club] in Houston, she was like “can I buy those, where did you get those from?”  I said, “I made them.  You do realize I’m about to perform, so you cannot have these shades until by the time I finish performing.”  She came right back up to me like, “I’m really serious, I’ll buy the shades.”  I’m like, “how much will you pay for them”, and she said, “name a number.”  I think I told her like 300 something.

Someone said, “Ivy you really about to sell your shades”, I said “yeah, I have a whole bunch more at home,” so I sold them. Then it happened again, right before the end of a club with another chick, I sold another pair.  I’m like damn these people really feeling these shades.  My sister was like I might as well put them out because I was telling them I wanted to do it, but who knew they were going to be successful.  That was like damn they’re buying the shades off my sweaty face after I get off stage.  So, that’s what really made me go ahead and do it.

Kulture Vulturez:  Your latest song, “Photo”, what is the concept behind that?

Ivy Shades: It’s really weird. I bought some red bottoms for the first time, and I wore them to the studio.  I was just being a goof ball and just kept putting my feet in the air.  I was like, “I wear high heel shoes with the red bottoms.”  And my producer was like, “Ivy, you really spent all that money on them shoes,” I’m like “hell yeah and everybody is going to see them.”  I wanted to make a song about it.  I was so excited my first pair of red bottoms.  That’s how the song happened. I wear high heel shoes with the red bottoms on, that’s exactly where it came from.  Off of experience, when me and my girls go out soon as we hit the door they’re taking pictures, photo, photo, photo, photo.  I just kind of put it together.  That was the idea, the red bottoms inspired the record.

Ivy Shades: I’m trying to, I’m about 75% to 85% finish with, I don’t know if it is going to be an album or a EP, but I’m about 75% done with it.  We’re trying to work on getting me some tour dates setup, releasing a couple more singles, at least another single before the end of the year before we put the album out.   And just work, working, working, working. Trying to be #1.