While being a voice for the voiceless, Japanese pop and R&B rising star is set to debut her new single “Sell Me Your Love,” which has a special meaning speaking on the dark side of Tokyo’s nightlife in the red-light district that is often hidden from the public’s eye. Making her English debut in 2020, MIREI has since proven herself as a very talented and gifted artist with hit songs like “Lonley in Tokyo,” “Take Me Away,” and “1998,” just to name a few.

An underrated artist that displays a level of versatility that the biggest names in music cannot come close to, MIREI has a collection of songs that range from storytelling to love songs to dance and party music. As of today, her new single, “Sell Me Your Love,” is a thought-provoking ballad on a subject that society often chooses to ignore. 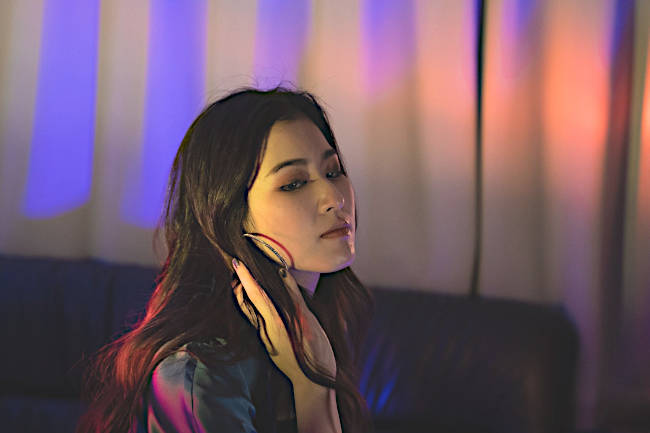 “Sell Me Your Love”

Back in 2019, a photo of a 21-year-old woman sitting next to a man covered in blood went viral. The woman believed that the man – who was in a relationship with her – would quit being a host but when she found out that she was one of his many customers, she stabbed him. With “Sell Me Your Love,” MIREI captures the frightening reality of Japan’s nightlife scene while also showcasing a new stylistic trajectory in her sound.

MIREI – Sell Me Your Love

Buy/Stream “Sell Me Your Love” Here

Meet and Get To Know MIREI

Kulture Vulturez: How did you get your start in music, what initially led or inspired you to begin your career?

MIREI: I have loved to sing since I was born and was strongly influenced by my parents. But the turning point was when I listened to “Born This Way” by Lady Gaga. I was born and raised by non-English speaking parents, so I had no idea what American pop singers were singing at first.

When I saw the “Born This Way” music video with Japanese translation, I was so shocked at how strong the message of the song was. Lady Gaga was singing a theme that I’ve always had in my mind but couldn’t say it out loud to my friends since it wouldn’t fit my environment. For the first time, I felt the potential of music to sing about subjects that I wouldn’t usually talk about. That’s when I started writing my own songs and chasing my dream to approach music as a career.

Kulture Vulturez: Growing up in Japan, what type of music were you often exposed to and what artists did you listen to?

MIREI: I was born and raised by non-native English speakers, so they were always singing Japanese songs at the karaoke and I learned from them naturally. Especially my mom, she loved to sing and listen to Japanese rock music such as Blue Hearts, Rebecca, SHOW-YA, and more so I grew up very close to their passionate, bold, rockstar vibes. Additionally, I loved playing Japanese rhythm games such as Dance Dance Revolution, so I loved listening to trance, Euro beat, and electronic music too.

Kulture Vulturez: Since starting, what difficulties have you faced breaking through as an artist in Japan’s music scene?

MIREI: In Japan, one of the biggest factors that you gotta have as a singer and songwriter is the empathy to the masses. So at first, I struggled a lot with how to share my feelings through my songs. Singing about diversity and stereotypes wasn’t something that appealed to the majority, especially in a homogenous society like Japan.

However, while I was discovering my sound, I found the beauty of Japanese love songs. My love for Japanese art developed from reading Haiku, which is poetry. So there are many words that don’t exist (or can be translated) in other languages and they’re so beautiful. Now I enjoy singing love songs in Japanese as part of my career.

Kulture Vulturez: What motivated you to target an English audience?

MIREI: When I moved to Tokyo from New York, I was so shocked at how girls were treated. Especially girls who chase dreams in the entertainment industry literally made themselves as products. I was still underage at the time and so were my friends, but they acted like it was the normal and necessary thing to make it in this city. I always felt that this wasn’t right, but the system behind it was so big and established that I couldn’t change it. All I could do was to stay away from that system.

Aside from diversity or stereotypes, I have so much to say about this city. If nobody is gonna listen to me in here, I just sing as loud as I can so that people outside of Tokyo can hear me. That’s why I decided to start my English project, with a new concept and releasing the song “Lonely in Tokyo.”

Kulture Vulturez: For outsiders, what is Tokyo’s nightlife scene like?

MIREI: Tokyo night makes Japanese people more free than you think. You might get surprised at how real they are. In Japan, people in the daytime are always forced to hide their personal things and opinions to fit into the system. That’s why they always go out at night, have some drinks after work. Japanese people love to add reasons to their actions and when they go to Kabukicho, they can get a reason to love, feel, and enjoy – even if it’s not 100% real. It’s interesting and you can feel the freedom and loneliness at the same time when you go there.

Kulture Vulturez: Many are unaware of Tokyo’s red light district. Is it a big attraction or does it come with much controversy?

MIREI: Actually, the red light district in Japan dates back to the 1600s. So, we’ve been familiar with that culture for a long time. However, we often hear about incidents like stabbing hosts or being sold to the Soap Land, which is like a brothel here, to pay debt. It’s like an untouchable place for a long time, but it is also slowly changing little by little.

Kulture Vulturez: Can you break down the meaning behind your new song “Sell Me Your Love”?

MIREI: This song is originally inspired by a real incident that happened in the Tokyo red light district called “Kabukicho.” The woman was a regular at a nightclub where she became involved in a romantic relationship with one of the hosts. However, she became jealous when she found intimate photos of her boyfriend with a customer of his and decided to stab him with a kitchen knife. When the police arrested her at the scene, she was sitting and smoking by the blood-drenched body of her ex.

This shocking news spread all over Japan, and when I saw the news, the first thing that came to me was, “Can we buy love with money?” Growing up in Tokyo, I always felt like there’s a way to buy love. But is it really love? What is love really, like first of all? I wanted to ask everyone including me and began to write the song.

Kulture Vulturez: Through your music and you as a person with a platform, how important is it for you to be a voice on certain issues?

MIREI: It’s one of the most fundamental things as a singer-songwriter. Music can have a big influence and it can even move people to change established systems and beliefs. I started to write my songs and sing in English because I wanted to change the system and the toxic notions we have.

For example, the social pressure to be skinny and look younger is something I want to defy. Girls who are under that pressure have their voices taken and end up getting cornered into this toxic misogynistic space. As a woman, I want to keep fighting against that toxicity and using music as a medium to call for change gives me huge hope.

Kulture Vulturez: Going through your catalog, what have been your favorite songs that listeners should also check out?

MIREI: Some of my favorite songs that listeners should check out is “Lonely In Tokyo”, which captures the city life and issues that are close to my heart. I’ll also suggest listeners to check out “Feel Brand New” since it’s all about Japanese culture. From bubble tea to cherry blossom, you can feel the wind from Tokyo just by listening to it.

Kulture Vulturez: What is next for you in 2022 that fans should be on the lookout for?

MIREI: Now I’m making many songs through online Zoom sessions with my team Shiftee and Zak. The main goal for me right now is to look at myself and love it. During the pandemic I got plenty of time to look back on my own past, standing alone. Reflecting on what I loved in my childhood years gave me a big inspiration to my creativity. There’s some nostalgia, which is a vibe that my recent song “1998” had. There are many bops coming up and all of them have parts of myself.