A pioneer in the making, similar to how Napster transformed the music industry, Mitch Mula is leading and introducing a new wave of music creation and distribution, a NFT mixtape with an avatar artist by the name of Lil Bitcoin, the first decentralized avatar rapper.

Before we breakdown the latest from top hip hop producer, people must understand that Mitch Mula is not just anybody. Hailing from Broward County, Florida, he has become one of this generation’s most accomplished producers that has worked with the likes of Juice WRLD, T.I., Fivio Foreign, French Montana, Yo Gotti, YFN Lucci, T-Pain, Montana of 300, Maxo Cream, Burna Boy, Lil Yachty, and more, while also reaching RIAA certified Platinum and Gold to go with over 130 million streams on Spotify alone.

With the many achievements from just being a songwriter, producer, and engineer, Mitch Mula has changed course and began a new challenge. With more details below in the interview, Mitch Mula has more goals and bigger ambition than just being your average rap and hip-hop music producer. The beginning of this new journey is the recent release of Lil Bitcoin’s debut mixtape, The Ledger Vol. 1, created by himself and Tillavision, which is available now on rarible.com.

The seven-track project is produced by Mitch Mula and dropped with a single titled “No Chaser” featuring platinum-selling artist, Jay Critch. The mid-tempo track is co-produced by Mexico City-bred super producer, Danny Wolf, who is known for co-producing Ugly God’s first hit, “Water,” and Lil Pump’s “Flex Like Ouu”.

In addition to his NFT mixtape release, Lil Bitcoin had a special virtual performance via Decentral Games, which was on Friday, February 4th. Decentral Games is a next-generation entertainment platform at the intersection of metaverse and blockchain technology. 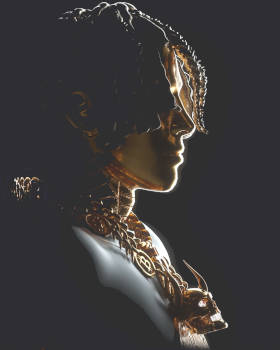 “I take a lot of pride in what we are doing at Crypto Money Records,” said Mitch Mula. “We are not only bringing hip-hop to the metaverse but also representing it in the most authentic way possible.” He added. “This is what the future of not only hip-hop but what the music industry looks like. Authentic representation and dope art to back it.”

Rarible is one of the world’s biggest NFT marketplaces and continues to influence the crypto space. This marks their first-ever NFT mixtape release with a Metaverse avatar rapper and is Lil Bitcoin’s first full musical offering on the world’s first crypto music label, Crypto Money Records.

Meet and Get To Know Mitch Mula

Kulture Vulturez: And you became injured?

Mitch Mula: A tight end fell on my leg, and I tore my FCL, my MCL, my ACL, and I think my popliteus.

Kulture Vulturez: Why did you choose to get into music after that?

Mitch Mula: As a college student in my free time, I would produce music, not even produce, I would just make music on the computer. I couldn’t even call it producing. When I got hurt, that was the only other skill set that I had that I see myself pursuing seriously. It was like a last resort in the sense, but it’s something I always love to do, but never thought I would have to give my all to it. So, I decided to do that. And, you know, six years later, I am where I am.

Kulture Vulturez: Were you around music growing up?

Mitch Mula: Yeah. I was around a lot of music growing up. My mom is a big music fan. She had a sound system in the 90s, which is a big thing in Caribbean culture. It is like your own set of speakers and it’s like having your own studio, but nobody’s necessarily recording. You would talk over the songs and through that.

Then my dad, also was a music producer. So, when I lived with him, I would basically be in sessions when I came home from football practice or basketball practice. I would be in the basement where he had his sessions, and I would be there for the remainder of the night. That was the everyday thing.

Kulture Vulturez: Are those the major influences that led you to where you are now?

Mitch Mula: You know, those are major influences. I don’t like saying I pursued it because of what my dad was doing. It’s just you sit around something long enough and kind of soak it in almost through osmosis. And I’m not surprised that I’m doing music. It’s kind of been around me the whole time and I’ve been in love with music. I just never seen myself pursuing it until I had to.

Kulture Vulturez: Since you have become a producer, can you quickly break down your catalog with some of your biggest songs that you have been part of?

Mitch Mula: So, since I’ve been producing, I have had the ability to produce and work with artists like Juice WRLD, Yo Gotti, French Montana, Lil Wayne, Burna Boy, T.I., T-Pain, Lil Yachty, Lil TJay, Chinese Kitty, I’m missing a bunch of names, Maxo Kream, but those are some of the bigger names.

I’ve also been able to go platinum, I think three times now as a producer. Gold as a songwriter. I’ve been platinum, two times platinum as a mixing and mastering engineer. And I hit the Billboard Top 10, I think, three or four times.

Kulture Vulturez: Did you envision this when you started? Maybe not this level of success.

Mitch Mula: I did envision. I didn’t know when that would happen, but it’s kind of like going to college or going to high school. It’s like you go there with the goal of graduating, for me going platinum is essentially graduating from amateur to professionalism. So, I did envision going platinum and doing these things. I just didn’t know when it would happen. Also, I have bigger aspirations, so that’s just step one of what I would plan to accomplish.

Kulture Vulturez: Now you have a NFT mixtape right now, where did that concept come from?

Mitch Mula: So, the concept is Lil Bitcoin. Lil Bitcoin is a decentralized avatar artist. My partner in Tillavision and I created the concept of Lil Bitcoin in 2017. In 2017, there was no NFT platform known to us, or there was no space for us to utilize Lil Bitcoin and all the things that comes with that. The idea, we kind of sat on until the emergence of it in 2021 where we realized all of the things that we spoke about with Lil Bitcoin doing shows in the metaverse, being able to display this art, and it be valued for what we feel is valued at and not what traditional streaming platforms or traditional outlets will value it.

We realize that, and in April we dropped our first NFT, which went on to do, I think, about $8,000 worth of Ethereum. We followed that up in October, maybe five months [after the initial release], with a collection of items, which sold over $80,000 worth of Ethereum in seven days, which is now the equivalent of $110,000. Then, we did a collaboration with Death Row Records, which was our biggest drop to date, our biggest feature to date, which sold for $464,000 in two days.

Now we are following up with the mixtape. This mixtape is something that hasn’t been done yet in this energy space. We kind of set the blueprint for what hip hop and what music releases look like in the metaverse. This is the first time Rarible.com has done it on their platform, which is cool because we work a lot with them and we just happy to be able to be pioneers in this space.

Kulture Vulturez: Were you always intrigued by cryptocurrency and technology, or it is something that develop over time?

Mitch Mula: I’ve always been into computers, not saying I know how to program computers, but everybody in my family that knows me, knows when they have a computer question or when it has something to do with electronics, they call on me now.

I never seen myself being on this side of it, when you are talking about tech and things like that. I think it’s just a natural flow of how things work. I’ve been into crypto since 2017. Just interested in different means of investments that kind of went away from the traditional sense, which is the stock market.

Kulture Vulturez: Is there anything else coming up? Is this just like a onetime thing or is it going to be continuous?

Mitch Mula: Oh no, this is the start of a new venture for myself and my partner and the rest of my team. We also got another huge drop coming up on February 22nd (2022). I’m not going to announce who that is with, but that’s coming up on the 22nd this month (February 2022), which is a couple of weeks away.

Then we have another drop on Crypto.com coming up next month in March (of 2022), and then we’re leading that up until a generative project, which is going to be the release of ten thousand variations of Lil Bitcoin JPEGs. We also have a video game that’s in the works. I can send you a clip so you can check out what the video games looking like.

This is just the tip of the iceberg. The mixtape was just for us to show the community that knows Lil Bitcoin that’s a rapper, here are the songs that you’ve been listening to the previews that have been sold in the NFT, here goes the full song. You got a chance to now buy the song, and not only when you buy the song, you get the song, you get the entire mixtape and all the session data attached to the song. So, you can do all remakes and remixes and then release them on digital streaming platforms or as an NFT yourself.

Kulture Vulturez: Outside of your production and recent work, are there any other music projects you’ve been part of or released?

Mitch Mula: Yes, outside of my stuff, I’ve been working heavily with Chinese Kitty. I believe she has amazing talent. I think she can be one of the next great female rappers, especially of our generation. So that’s something I’ve been spending a lot of time with working on writing and producing just kind of crafting that sound and taking it where I think that it can go.

Kulture Vulturez: With much success., what advice would you give somebody, if they want to be a producer or do anything creative?

Mitch Mula: I say trust your vision and don’t expect everybody to understand what it is you see. You know, just do your thing and be original. Like I said, trust your vision and trust your own creative process and instincts and go after it. There’s really no way to get it done without going after and giving your all in to it.

For more information on Lil Bitcoin, please visit the official site at: LilBitcoin.com