Coline Creuzot: Meet and Get to Know the Houston R&B Legend

A true Houstonian, Coline Creuzot is implanted deep into Houston culture, from being the granddaughter of the founder of Frenchy’s, one of Houston’s most iconic restaurants, to working with the biggest names in the city, like Paul Wall, Slim Thug, Z-Ro, and Lil Keke, to growing up with the Knowles family, the family that birthed to the world Beyonce and Solange.

Since her debut in 2008 with the radio hit “Give and Take,” she has showcased throughout the course of her career that her creative skills of songwriting and her captivating voice are both unmatched. With chart topping songs like “Truth Is” and “You Tried It,” along with being a featured artist on tracks with southern hip hop legends, Coline Creuzot has truly solidified her stance as one of the top southern rhythm and blues artists.

While opening for artists such as Drake, Keyshia Cole, Monica, David Banner, and T.I., along with receiving much recognition from the industry’s top publications such as Essence, VIBE, and Ebony Magazine, are all major accomplishments, her biggest accomplishment is that she is a self-made artist that has been part of the music industry for over a decade. With an extensive catalog that includes songs that have reached the radio and songs that have reached the top 25 on the charts, Coline Creuzot is now set to present to the world her latest work, “Sometimes.” 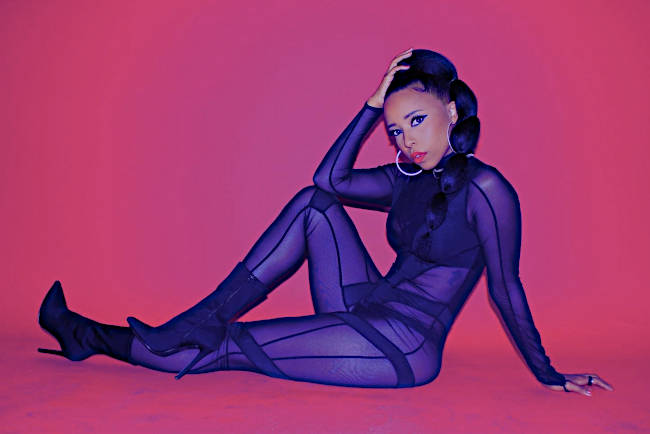 “I really wanted to portray the agony of missing someone. I can recall days feeling just like this…wondering if you should call, waiting for a reply, reminiscing about the good times, pacing, mind racing and it being so heavy on your mind that when you do fall asleep you’re dreaming about it. I also wanted to end the video on a high note- one that matches the meaning of the song for me… If you love someone, let them know.” – Coline Creuzot

Meet and Get To Know Coline Creuzot

Kulture Vulturez: Growing up, how did you come in love with music?

Coline Creuzot: Well, I’m born and raised in Houston, Texas. My parents put me in dance at a really young age, and I really fell in love with performing and just being able to express myself, if you will, through art.

I started writing songs at a very early age. They probably weren’t very good, but I started off in a couple of girl groups in Houston and just really fell in love with music. It’s always kind of been a therapeutic process for me, even as a kid. So that’s kind of how I got my start. I graduated from high school, and I left Houston. I went to college at Hampton University and got my degree in business management. As soon as I finished, I started focusing on music full time.

Kulture Vulturez: You made your debut in 2008?

Coline Creuzot: Yes, my first single “Give and Take” in Houston, Texas, [which was also] on the radio.

Kulture Vulturez: What motivated you to begin your journey in music?

Coline Creuzot: I was really inspired by Destiny’s Child coming up, just seeing their journey and their grind. It inspired me to become an artist, and it showed me that I could do it, if that makes sense.

Kulture Vulturez: Do you have connections to the Knowles family?

Coline Creuzot: Yes, I grew up with them.

Kulture Vulturez: Being from Houston, what cultures and traditions from there have you implemented in your music or just applied in your life in general?

Coline Creuzot: So, Houston has so much culture. A lot of my music you’ll hear influences from DJ Screw. For example, a lot of my music has screw in it. I think just as a whole coming up during the movement of Paul Wall and Lil Keke and Slim Thug, I still do songs with them to this day.

I actually put out a record last year that featured the both of them, Paul Wall and Lil Keke, called “No One Does it Better.” I was featured on Lil Keke’s new album that just came out last week (February 11, 2022). So, I always make sure that I tap in to the Houston culture and stay connected to Houston. That’s home.

Kulture Vulturez: You’re also the granddaughter of the founder of Frenchy’s?

Coline Creuzot: Yes, I am.

Kulture Vulturez: Does that give you any inspiration or make you become more business savvy?

Coline Creuzot: Absolutely. So, you know, I have big shoes to fill coming up. Seeing the legacy that my grandfather left is an amazing thing. Growing up it was a requirement in my family that we don’t care what your path is, but you’re going to go to school, right?

Which is why when I graduated from high school, I went on to Hampton University, which my grandparents actually met there, and that’s where I got my business degree. So, it’s definitely been helpful. I think knowing the aspects of business do help, just in life in general, and it also applies to the music industry.

Coline Creuzot – No One Does It Better ft. Lil Keke and Paul Wall

Kulture Vulturez: From all the artists that you have worked with and been around, what do you feel were the best lessons you picked up?

Coline Creuzot: Be consistent and work with people who are excited to work with you and never stop creating. I think one of the most important things for me is just being consistent and continuing to create no matter what space I’m in. You can never get enough practice. And I think that the goal for me is always to just get better, how can I become the best version of myself as an artist.

Kulture Vulturez: What do you thinking are the biggest barriers to overcome for a female artist to break through in the industry?

Coline Creuzot: You know, I think that social media has really kind of changed a lot of things because I think that people don’t have to fit into a box so much anymore. I think that we have the power now to kind of market and brand ourselves the way we want to be seen, if that makes sense. And so, I think some of the older barriers of like this is what you’re supposed to look like, this is what you’re supposed to sound like has kind of changed. So, I don’t know that I’d say that.

Kulture Vulturez: There are not anymore barriers?

Coline Creuzot: Well, there are. There are challenges, I think that they’re different for every artist.

Kulture Vulturez: Your latest single “Sometimes.” What led to its creation?

Coline Creuzot:“Sometimes” is a song that I really love for several reasons. It’s kind of a full circle moment. This song was produced by Happy Perez and Happy Perez actually produced my very first single “Give and Take.” So, that was an amazing thing. I called in Sam Hook, who is one of my favorite songwriters, and we wrote this song together.

The song just came about like most sessions where we will go in and we’ll just talk and catch up, listen to the music and then kind of go in and go for it. And a beautiful song was born. I love this song so much because I feel like it speaks to what a lot of people feel. A lot of times we miss somebody and we don’t tell them. We don’t let on how much we miss them or why, for whatever reason. I think just in life, you know that we should always be honest with people about our feelings. And if you love somebody, really let them know.

Coline Creuzot – You Tried It

Kulture Vulturez: Going through your catalog, what are some other songs that people should check out of yours?

Coline Creuzot: I’d say “You Tried It” was probably my biggest song. It was on Billboard in 2020. That song is one of my personal favorites. It’s a ladies anthem, but a very R&B record. So, I say, check that one out, and “Truth Is” is probably my other biggest song. That one was also on Billboard, and that was for the ladies too, talking my trash a little bit (LOL).

Kulture Vulturez: Outside of music, do you have your hands in anything else that you can share with people?

Coline Creuzot: Yes. So, I signed on with the acting agent last year, and I’m dibbling and dabbling a little bit in that, something that I am really coming to love and I am working on. It’s a new challenge for me, so that’s definitely something that I want to really get into near future.

Kulture Vulturez: Musically, what’s next for you? People should be on the lookout for.

Coline Creuzot: So, next is an album that’ll be dropping soon. I don’t have a date yet and then touring and shows. I feel like COVID is kind of slowing down a little bit so we can kind of get back out there and see people and, you know, put on shows again. So, I’m excited about that.