SR TheMveMnt: Meet and Get To Know Nebraska’s Top Rapper

In the middle of the map resides one of the rap game’s fastest rising artist and one of the top rappers coming out of the state of Nebraska.  A rapper of melodies based around real life experiences, from the pain we all face to the good times we all share, if SR TheMveMnt has not been on your radar, then he will soon be.

SR has been holding his own for a minute, with no cosigners, no major backing, but just his will, his grind, and his effort. With his career already in the right direction, the Omaha, Nebraska native has placed himself in a position of future greatness. While still building his career and his catalog, the path that SR is currently on seems to exceed all expectations and possibly be one of the top rappers of hip hop’s next generation. 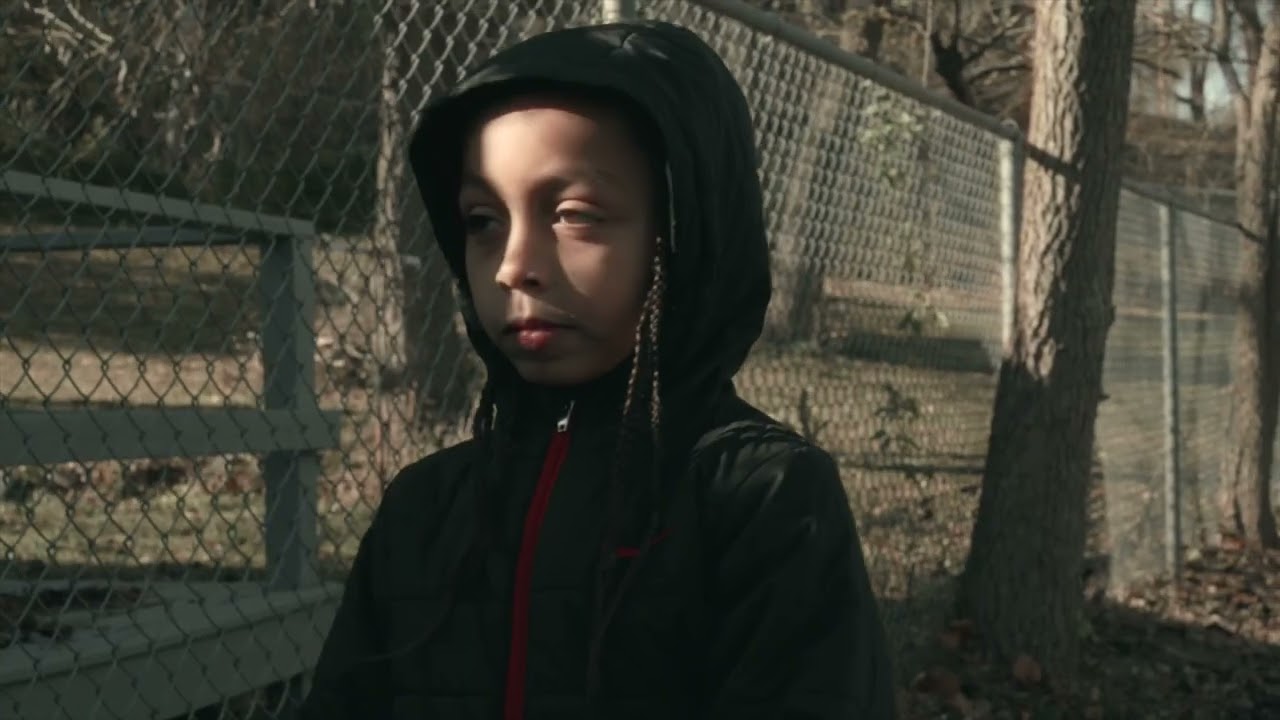 Meet and Get To Know SR TheMvemnt

Kulture Vulturez: What is it like growing up in Omaha, Nebraska?

SR TheMveMnt: It’s like anywhere else. Just a little smaller. You know, if you grow up in the rough side, you got a lot of protecting to do. You got to survive a lot more. Watch out for the police. Getting how you got to get it. That’s the same as everywhere else.

You got the nice parts of the city, and you got downtown where everybody goes. It’s a small [city], but it’s super big at the same time because there’s so much to do if you are not from here. There is a lot of shit to do out here. It’s a fun city to be in. Definitely. But if you’re from here, it’s definitely a place to visit more [than to live here].

Kulture Vulturez: How could you break down Omaha, Nebraska’s rap scene, the past and the present?

SR TheMveMnt: The past? We ain’t had nobody from the city that’s really did nothing. We got one cat name SK8, but he doesn’t claim the city, so he doesn’t get that type of representation from us. Then there’s these other cats named Jack & Jack. These are some white folks. These dudes make different music that is not [for us]. They all don’t claim Nebraska, so they don’t get representation. They’re not from Omaha, Nebraska if they were to say they was.

Now really the last four or five years, I would say the rap scene has become more of a thing for sure [now in Omaha, Nebraska]. We had a lot of people in the hood, when we was growing up, that was blowing up and shit. That was when we had a lot of the street rapping going on. There’s a lot of gang rappers and shit. That’s all we had at one point.

Now it’s diverse. There is a whole bunch of versatile singers, songwriters, and different creators. There’s so many different people out here that can rap and makes dope ass music.

Kulture Vulturez: Can you breakdown your grind in the rap game? From when you first started rapping to when you decided to take a serious.

SR TheMveMnt: I was like 15 when I started rapping, but I started taking it real serious when I started to make some more money. I was 16 [years old] when I was making a nice amount of money for a 16 year old. I was like, Shit, I want to hit the studio. The first time in the studio it was a closet, and I was like, Damn bro, I wonder what it would feel like to be in a real studio.

SR TheMveMnt: Yeah, man, consistency is the whole key of everything. Staying consistent and staying ready, always showing up, doing your part. That’s the best thing to do to make sure anything work out. You can manifest everything you want if you just stay consistent.

Kulture Vulturez: Break down your music? How do you choose the concepts and themes from your songs? Real life or how you feel at the time.

SR TheMveMnt: Real life, how I feel, what I’m going through, experiences, past experiences, friends, foes, anybody that I’ve cross paths with. It’s really just making a story off of my background, off what I grew up with, what I seen growing up, what I noticed, what I didn’t want to be around, and what I did endure. I definitely dabbled in some shit. I definitely f*** with the streets. I was having fun with that shit, and I made a lot of money with [the streets]. Had a lot of homies, had a lot of everything really. I was street famous at one point.

Kulture Vulturez: Do you feel like the streets can hold people back?

SR TheMveMnt: See, it depends. A lot of n***** just don’t know how to maneuver with it. Some n***** be so into it that they don’t understand there’s times where it’s not needed. Respectfully, there’s times where you got to come in this place a little different. Have a little more class and shit.

It’s more for the survival of the fittest. If you fit and you ready, you got that mentality of ambition and you got to get it no matter what the circumstances is, you’re going to always survive.

Kulture Vulturez: Your biggest song “Ouh Boy,” breakdown the concept of what you were feeling at the time?

SR TheMveMnt: I was sitting at the crib, and I was chillin’. I was partying and shit at this time, so I was always drinking and shit.  I was just thinking about the weekend, how it was and how it is lit. Then I made the song. Really, it was more of an ego boost for me. It was like, let me show these n***** how to f***ing step on this shit. This music shit easy, it comes too easy. It was really more like that. It just came out even better.

When people started really f***ing with it and singing the song when I perform it, that shit is when I really notice it. Like, ‘Oh damn, I made a little banger. This joint is about to go crazy for this shit.’ That concept came from just being in a party scene, trying to just be lit and letting n****s know I’m stepping on ten or come on out here.

The video was easy. It was my first time in California and shit. So, I was like, ‘Bro, we need a whole bunch of girls in that shit.’ We did that shit less than a week. They all pulled up. It was super lit, everybody was vibing. They loved the song, too. [The girls in the video] were singing that shit and everything was lit. 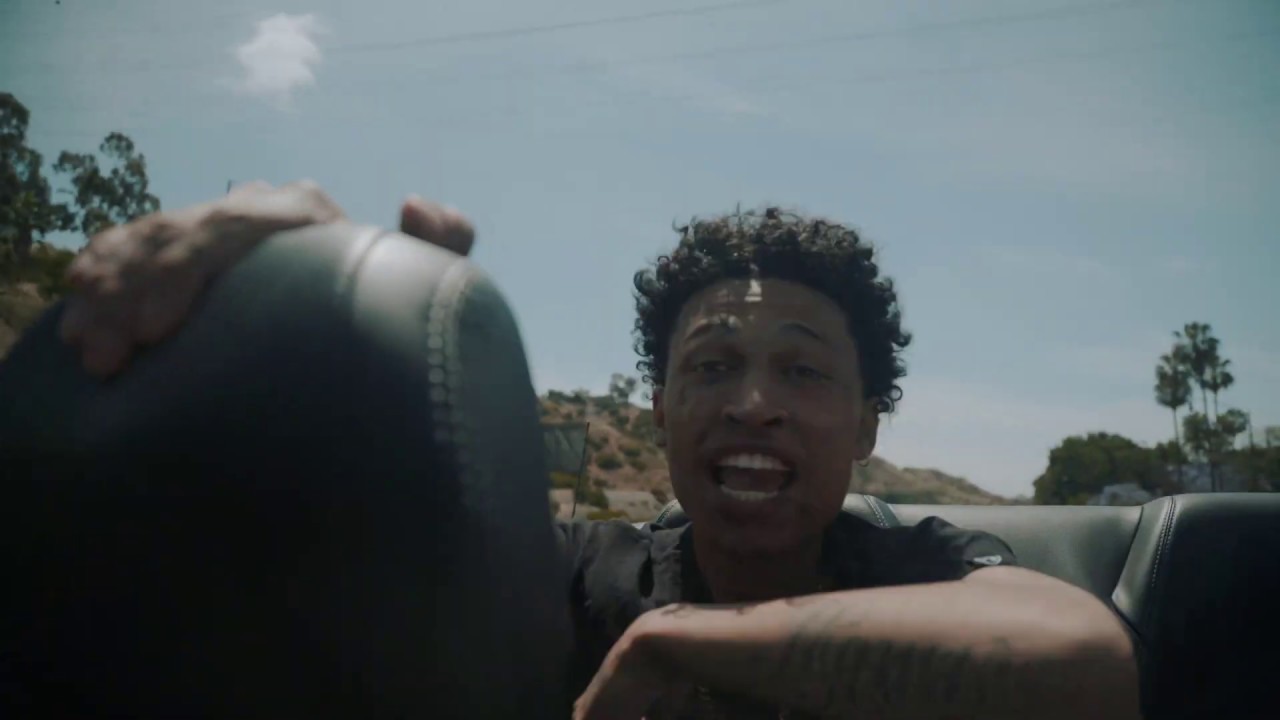 Kulture Vulturez: Your first official release was “Early Mornings.” What was the feedback after releasing it?

I stopped rapping with them n***** and I dropped that “Early Morning” song, and that’s when everybody went crazy. I don’t know how that motherf**** ain’t went viral yet. That joint was going crazy though, for sure. It was like my first video, my first solo song. Nobody ever heard me like that before. It was my first time transitioning into my sound.

Kulture Vulturez: Your latest song, “Bad Habits,” can you break that down?

SR TheMveMnt: That was written from all my life [experiences], from being a child to growing up, going through a lot of things. I did a lot of things just so I can survive. It’s like I’m trying to break those cycles. Some n***** get endeared in that shit and sucked in, some n***** know how to maneuver and get out that mindset. That’s what I’m trying to do, break habits to try to stick it out through the streets and figure out how I can get it done some other way. Hustling with this rap shit only.

Rap doesn’t pay all the time. That shit don’t come all the time. When it do come, it can be a lot, but it be spread out. So, it’s like you have to have that in between revenue. That residual income, that’s that shit just be always coming. That is the type of shit I was thinking about with that, and my family. I have to make sure I’m always safe so I can protect them and keep them safe and always make sure they get what they need. That’s really where that song came from.

Kulture Vulturez: What’s next for you as an artist?

SR TheMveMnt: Stay independent. Keep everything I own. Make as much money as I possibly can. Get a lot of investors. Distributors, people that want to help publish the music and shit, put the money up behind it. That’s my biggest goal right now. That’s the next step, is just to get as much money as possible, just to make this shit blow up so we can make a new artist be seen on the scene. I might be the biggest artist in the world, though. That’s my next step.