Dominican born, Bronx bred rapper Moreno ITF exemplifies the ascendancy of the modern Latin movement. With the momentum and quality of his dynamic rising sound, he has established himself as an emerging force amongst the integration of the drill genre. The self-starter continues to generate a diehard following through his music, fashion and revered live performances.

As Moreno ITF’s listenership grows, he is devoted to the reinvention of standards for diverse artist development and opportunity. His brand and lyricism reflect the sacrifice, hustle, and entertainment that life has to offer. Utilizing his complementary passions for fashion, art, film, and overall visual mediums, Moreno ITF is curating a creative space for his mission of multifarious universal expression.

His discography boasts an impressive list of tracks, including fan favorite “PENKO” as well as collaborations with Spanish rapper Kidd Keo and Colombian rapper Yung Sarria on their track “BRONX.” 2022 has been a year full of new releases and performances from the rising star, as he continues to solidify himself as a leader in the cultural movement of Latin Drill. His latest single, “RUFF,” is the last single to be released from Moreno ITF’s debut EP Gangoso World, which will be the first full taste of the gangoso sound, out December 2nd, 2022. 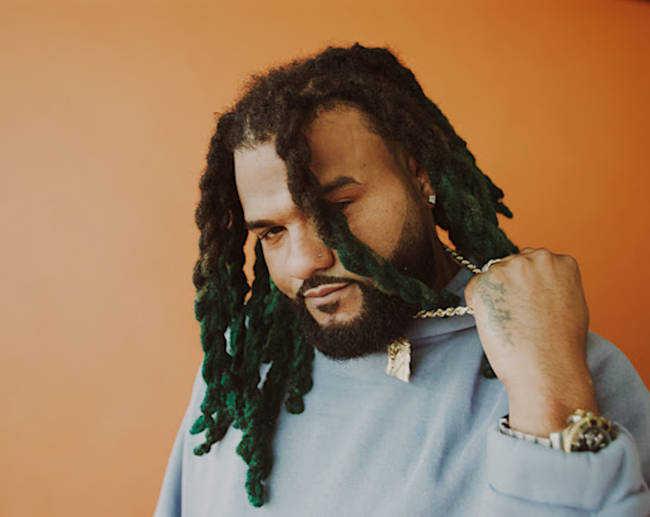 The single opens with the familiar grit and aggression of drill production: a meandering filtered melody coupled with a sinister grime bassline, but the percussion is notably pared back, providing a spareness that lends itself to a more sensual R&B feel. Moreno ITF’s commanding bars flip between English and Spanish, as he recounts his hustler’s mentality through the lens of the Latino culture; late nights outside to not only keep the lights on, but to flourish, all while managing to be home to cater to all of your partner’s needs.

The single is released alongside an official music video, directed by highly acclaimed videographer and frequent collaborator Dny Lugo. The visual functions as a sequel to the video for Moreno ITF’s culture bridging single “Berkin.”

Moreno ITF leaves the late night party of “Berkin” and heads home to a domestic warzone, as he performs through a hailstorm of shattering plates while trying to appeal to his girl’s sensibilities. The tension subsides, and the two go out to dinner at the chicken shack where a butler serves Hennessy out of champagne glasses. It’s a perfect metaphor for the song as a whole; Moreno ITF is striving for the finer things in life, and to survive the struggle, they will need to do so together. The video culminates with the couple at a drive-in movie, where they witness someone getting jumped and robbed – a sobering visual commentary on how treacherous the streets can be. 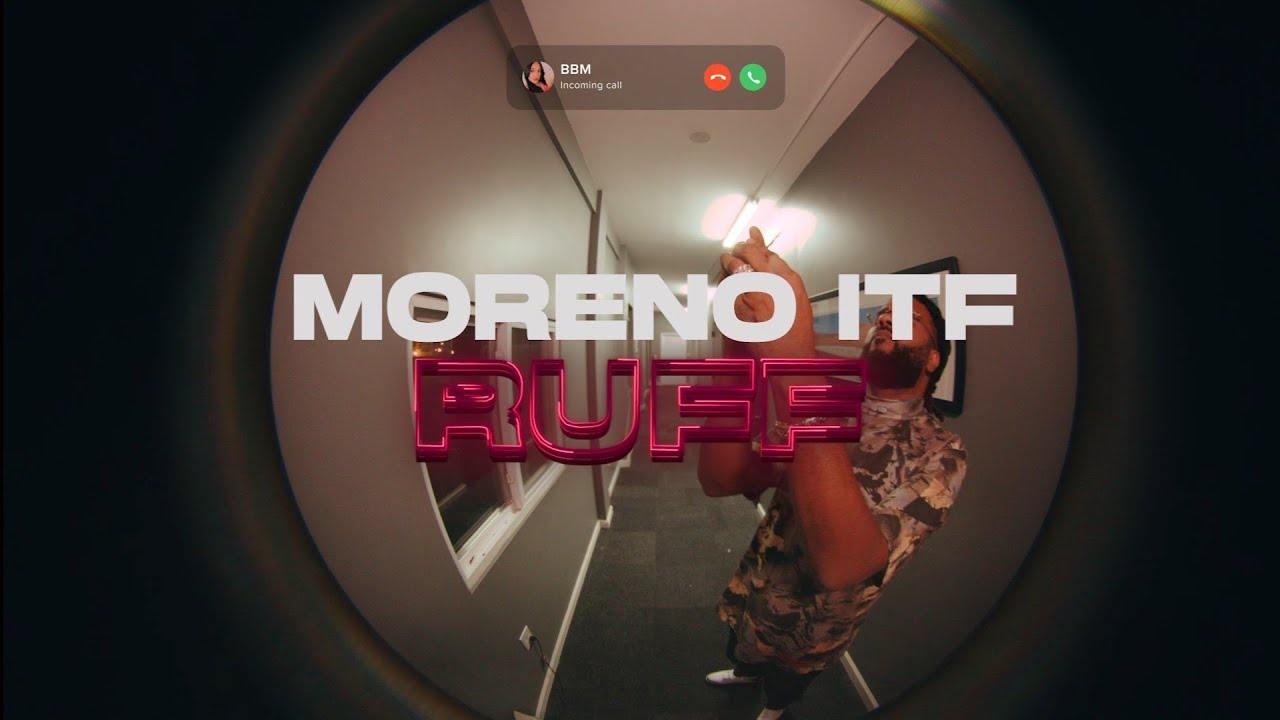 Meet and Get To Know Moreno ITF

Kulture Vulturez: Being born in the Dominican and growing up in the Bronx, the birthplace of hip hop, how have those two places influenced and impacted you creatively?

Moreno ITF: Being born in the Dominican Republic and growing up in the Bronx has impacted every part of my music, including how I view music. It has impacted me outside of the music as well, from my lifestyle to my perspective on life. I write my music based on my experiences and the life story that I’ve built in these two countries. I fall in between the worlds of Latino and the cold heart of a New Yorker, you know? So that intersection is where my music is born.

Kulture Vulturez: What truly inspired and motivated you to start rapping and to become an artist?

Moreno ITF:  I really became an artist without even knowing it. I was running away from the crazy life in the streets. I would talk to myself in rhymes, and before I knew it I was hopping on freestyles with people that were already rappers. God gave me the open window to become an artist. I really wasn’t looking for it, it just came. That’s why I am one of those people that believe that an artist is not born, it’s made. Practice allows you to become an artist (or whatever you want to be). 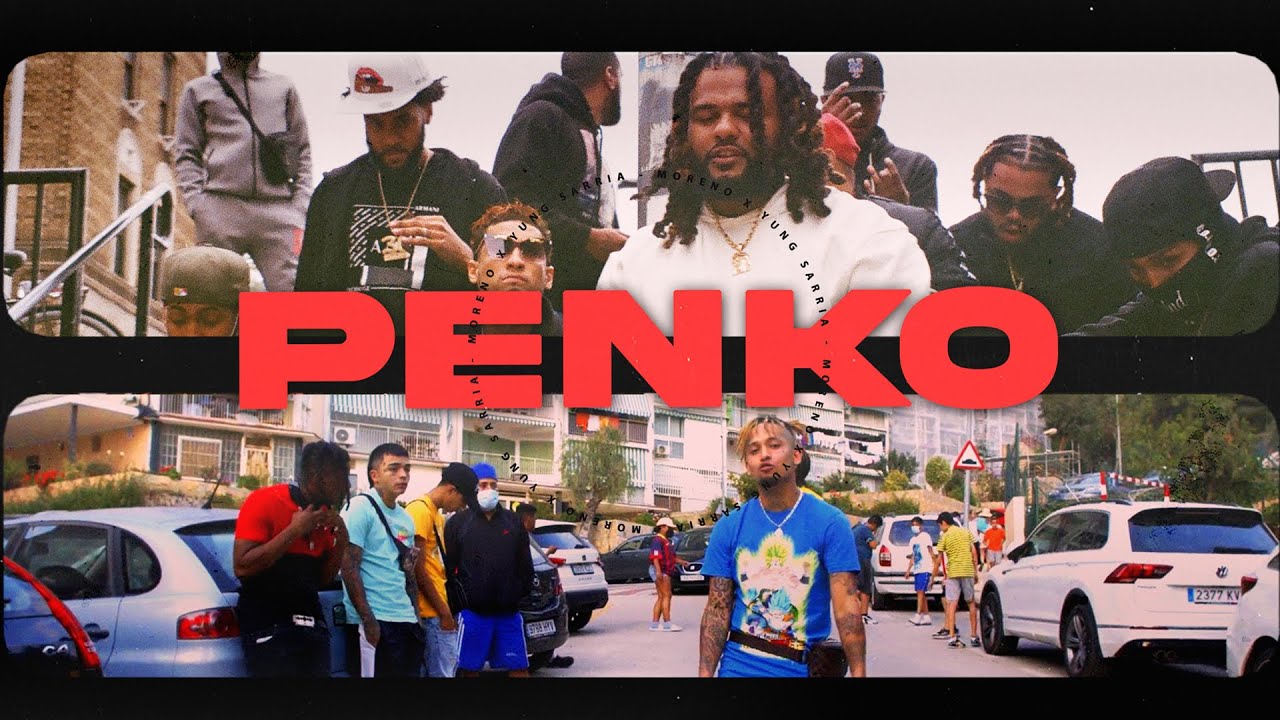 Kulture Vulturez: As a Latin rap artist, do you feel like there are any major roadblocks and obstacles to overcome just for you to be heard?

Moreno ITF: There are, but I don’t focus on those things. I prefer to look at it like this: there will be roadblocks in whatever you want to do in life. If you are a regular rapper, you are going to face roadblocks. If you are a Latino rapper, you are going to face some roadblocks too. Overcoming them is part of the game, it’s part of the prize when you set your mind to doing whatever it is you want to do.

Kulture Vulturez: How do you currently feel about the whole Latin Rap scene? Is there anything that you feel needs to be done to help Latin rap grow?

Moreno ITF: I’m very excited about the hip-hop scene in the Latin world. We have artists that have become icons in a short period of time like Cancerbero, and we have artists that have longevity like Akapellah. I don’t know if there’s anything we can do to make it better, I just think that we need time to keep growing, build a platform and keep breeding superstars. 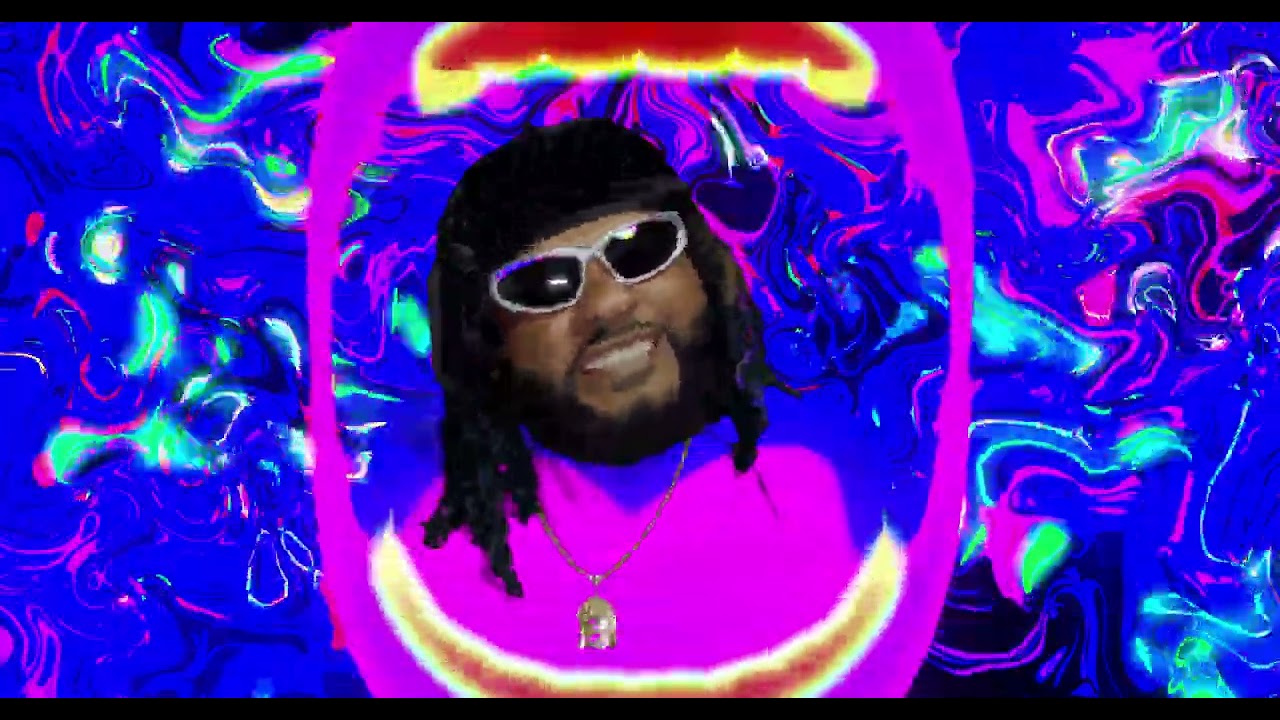 Kulture Vulturez: Can you break down your upcoming release of “Ruff” and the recent success of “Berkin”?

Moreno ITF: “RUFF” is a song I made about that ghetto love/gangster love/street love and even just regular love that we all have had in life. It’s about that love that makes you go outside and push yourself to go make money and to be bigger and greater every day. It’s also about how that same motivation can push you away from the person you love. That can become a problem, but just like in “RUFF,” we end up figuring out how to work through it and make it out of the dark days. That is exactly what “RUFF” is; a ghetto love story where we fight to make up again.

“Berkin” was a great experience, and the song is still growing. It brought something different to the drill scene and the Spanish world. It’s filled with different flavors. The response to the video has been amazing. We are very happy about the success of “Berkin” and everything that has been done. There’s still more to do. Our songs are like babies that keep growing into people’s hearts.

Kulture Vulturez: Following your latest releases, what is next for you as an artist?

Moreno ITF: The next step is to drop my EP, my first full body of work, and then the album. I am going to keep growing as an artist, which to me means continuing to keep testing new waters while pushing the boundaries of the genre that I represent. I’m going to keep showing people what I am able to do with my versatility – I feel like a lot of people might put me into a box musically, but it is more of a strategy thing at this time.

For More on Moreno ITF: