Top Rapper out of South Carolina

Coming from the streets in the heart of The South is a top South Carolina rapper that has been grinding for years.  A story worth telling, Nomad has been on a long journey that has included coming from one of the South’s roughest cities, Sumter, also known as Murk City, run-ins with law, a relentless grind since the mid-2000s of mixtapes, shows, and non-stop promotional work, all which led him to become the artist we will get to know, Nomad Mr. Murk City.

After debuting his first official project in the summer of 2011, a mixtape called Dirt Roads & Skyscrapers, Nomad followed by relocating to Washington DC and releasing two singles in 2014, “Chick” & “All Seeing Eye”, and returning back to music in the spring of 2016 with TruLife the Mixtape: Hosted by Dj Chuck T.  Since the success of TruLife, Nomad has been quite busy, releasing a handful of singles, like “The Baddest”, “Ambition”, “Keep Pushin”, and “Make It Home”, which featured fellow South Carolina artist Moviee215 and with the success of “Make It Home” Nomad was able to be interviewed on Sway In Morning.

Today, Nomad has already released his first studio album titled “TRAP BIBLE”, which features fellow artists Reezie Roc, Lucho (Luxo), and Moviee215. In Spring of 2020 Nomad and Moviee215 would go on to film the official video for “Make It Home” in Columbia, South Carolina with director Chictoven. Trap Bible is an acronym for “Take Risks And Prosper, Basic Instructions Before Leaving Earth” and features all original production by Litboy Legendary, HoodHozay, TNTXD, SupaMarioBeatz and Dj International Wigg. 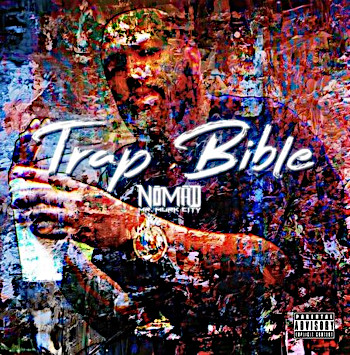 Kulture Vulturez: How did you get introduced into rapping?

Nomad Mr. Murk City: I started rapping when I was probably around 16-17. Around that time it was just a hobby to keep it a buck with ya. My uncles Sin & Big Keef would get me to freestyle over songs to kill time you feel me. You know just cooln smoking blunts and sipping and I’d spit for them. Every now and then I would freestyle in cyphers at school or on the block. Then it got to a point where the hood was asking me for a mixtape and I dropped my first in 2011 called Dirt Roads And Skyscrapers. I never thought I would be really doing what I’m doing now.

Kulture Vulturez: Being from South Carolina, what has the rap scene been like over the years? Any pioneers or legends in your eyes?

Nomad Mr. Murk City: The rap scene in South Carolina is growing fast. It’s still not organized like Atlanta or NY but there’s a lot of talent in SC fosho. I been around a lot of SC legends before I was rapping and I just soaked up the game. As far as pioneers go I got to give it to Kenny Kane, Lil Brod, Collard Green, Mr. Flip, Ron G,  TD Da Don, Volcanic & Illa Gezey, Lil Ru, Reezie Roc , Snook Da Rokk Starr, Mista Taylor, Lucho, None Before, Marly Mar, Moviee215, Pachino Dino, Christou, NationBoy, V6 Quan, SpeakerKnockerz, Mac-A-Don and whole list of others I forgot to mention. There’s a lot of talented artists back home, too many to name. But salute to everybody in South & North Carolina.

Kulture Vulturez: What was it like growing up in Sumter and South Carolina in general?

Nomad Mr. Murk City: My hometown always been crazy, but it’s home so it was nothing shocking to me. Lots of shootings, gang activities, hustling, street fights… just like any other hood you know what I’m saying. Over the years it’s been getting worse I ain’t gone hold you ,but I love my hometown. That’s why I be going so hard for the city and the state in general. No other place like South Carolina in the world. The people from South Carolina too real for most. People say what they mean and mean what they say. We speak our own language whether it be Geechi, Gullah, Midland or upstate slang our lingo is diverse. The sound is different cause the environment is different. The culture is different. It’s still a very much oppressed state. So there’s not many opportunities in South Carolina for folks to take advantage of so most people hustle in some way to maintain. Like straight up hustling. No scamming, straight getting it out the mud every day. 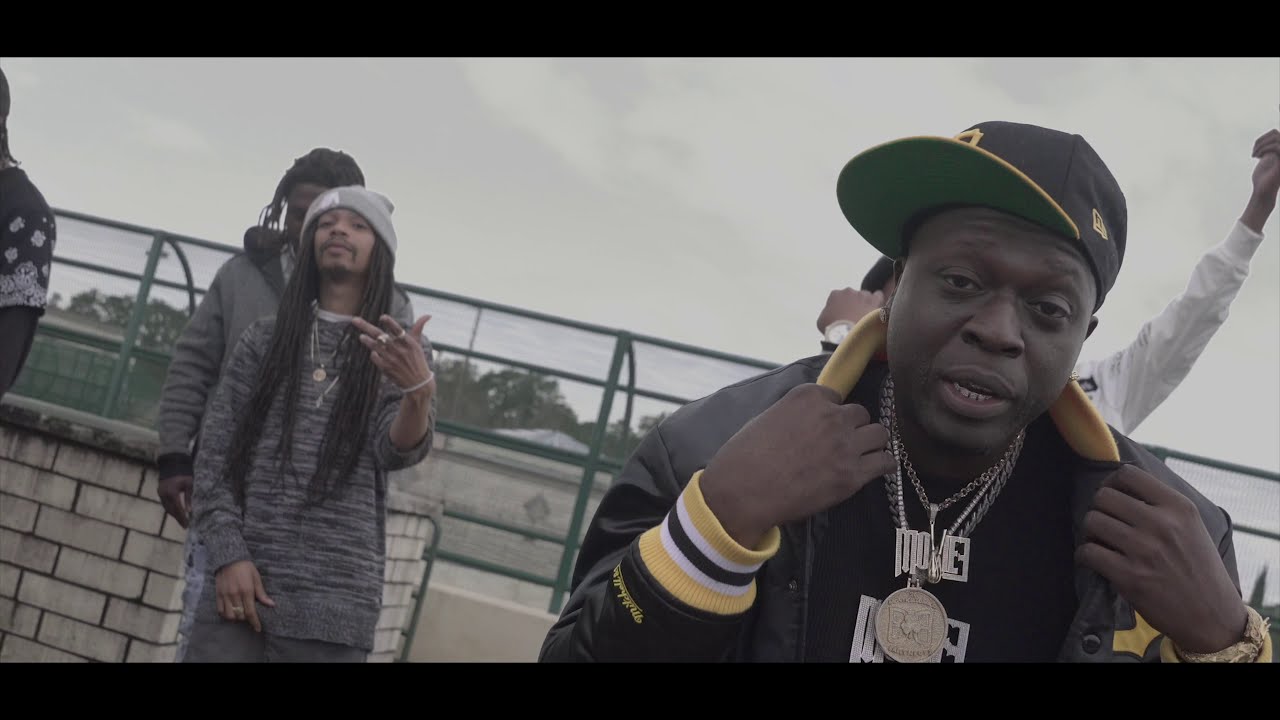 Kulture Vulturez: What made you take making music seriously?

Nomad Mr. Murk City: People kept asking me when I was going to drop new tracks so I was like fuck it. Mind you I still wasn’t taking music serious for the longest. I was just in between hustlin and trying to make the ends meet. So rapping wasn’t initially a priority for me.  I’d say I really got serious around 2014 when I first moved to D.C. that I really said to myself I would take a more serious approach. I dropped two singles in my first professional studio and that environment really is what triggered me to keep going. It’s like once I heard myself properly mixed and mastered it clicked in my head that I can really do this on a whole different level. I was recording in the same studio as Gucci Mane, Future, Wale, Rick Ross had recorded and it just elevated my mindset and approach to music.

Kulture Vulturez: With so many people rapping how do you feel like you can stand out from the crowd?

Nomad Mr. Murk City: I never felt like I’m in competition with other artists because I’m in my own lane telling my own story. I’m down to work with just about anybody who’s serious. So really there’s no pressure to stand out because I feel like my background and experiences give me my own sound and that’s what separates me from the rest. Everything I do is original, I don’t use ghost writers, I create everything from scratch, just me, the beat and the booth. And when I step in the booth I’m in savage mode and I don’t play no games. I’m serious with this shyt. I say what I mean and I mean what I say.

Kulture Vulturez: “Trap Bible”, what’s the meaning behind it and what can listeners expect?

Nomad Mr. Murk City: Trap Bible is an acronym for “Take Risks And Prosper, Basic Instructions Before Leaving Earth”. I had had an epiphany about the title while recording the album. I felt like the tracks all somewhat touched on street life as well as spirituality in a way that wasn’t done before. And being that I’m from the south, I grew up in the church and was in the streets as well. Overall it just felt like the right title for the project. I didn’t want it to come off cliché like just another trap album. So when the idea hit me it was natural. My album has real substance that I believe real hip hop/rap/trap fans can all appreciate and feel motivated when they listen to the music. Whether you’re working a 9-5, hustlin, or whatever it is you do to put food on the table and a roof over your head this album is for you.

Kulture Vulturez: What are some of your previous projects that people should check to catch them up?

Nomad Mr. Murk City: Everybody should check out TruLife The Mixtape hosted by DJ Chuck T. We dropped that in 2016 and t’s a certified street masterpiece. That’s definitely a must have. That mixtape really is what made people take notice of me as a artist, my skills and story as a man. I jacked a lot of Industry beats and made them my own.

Kulture Vulturez: Outside of music do you have your hands into anything else, anything entrepreneurial?

Nomad Mr. Murk City: Hell yeah, I’m revamping my Murk City clothing line for a new release of products soon. I’m also looking into getting into the real estate game as well as investing in more stocks and cryptocurrencies. To be a millionaire you need to have at least 8 sources of income. The goal is to have financial freedom and build a legacy for future generations to have a better life.

Kulture Vulturez: Anything else people should know?

Nomad Mr. Murk City:  When it comes to rap this ain’t that watered down gimmick bullshyt on the radio. I’m only going to give people real music with real substance that’s going to motivate you. That’s my goal to motivate my people to keep pushin and striving. The road is long and the load gets heavy, but if the mind can conceive it you can achieve it. Bless