In the mix of the rising Kentucky rap scene is an artist that has also been on a rise by the name of RillaDaOpp. Originally from the Bronx, RillaDaOpp brought the streets of New York into the heart of the south. While not officially rapping professionally for a long period of time, RillaDaOpp has already made his way into the very top of a large lineup of Kentucky rappers. With songs like “HeavyOnIt”, “GlockOnMe”, and “Anthem” within a very short time RillaDaOpp has been able to obtain around 100k views leading the the Kentucky rapper to be among the top artists.

Hailing from the South Bronx and eventually making his way to Kentucky, his path into becoming one of the top rising artists was not easy. Growing up in a rough environment and having his share of life’s ups and downs can have someone conclude that his journey through the streets made him the person, and most importantly the artist, that he is today. Beginning making music in high school with the Do-It-Yourself mentality, as well gaining life experience through the rough streets of the Bronx, has led to the artist that we have come to know today, RillaDaOpp. 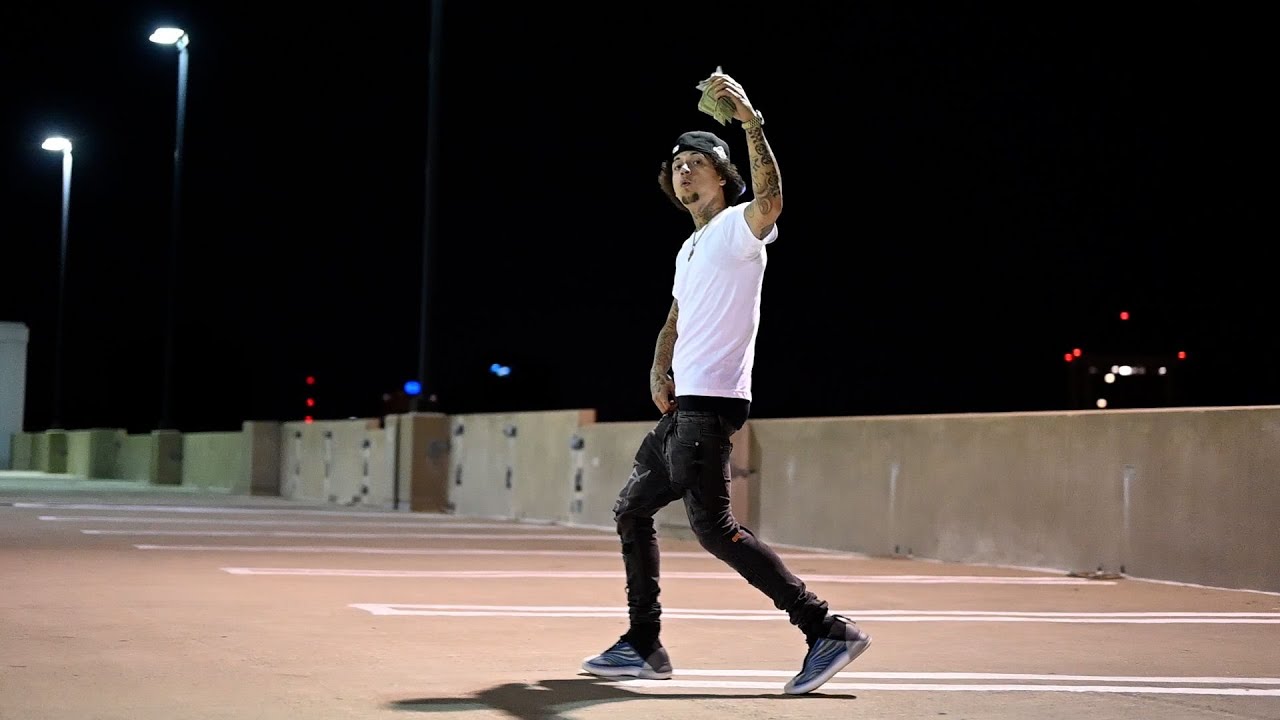 Kulture Vulturez: Where did you grow up at?

RillaDaOpp: Born and raised in the Bronx, New York, 152 Jackson Ave in the South Bronx. Went to Samuel Gompers High School where I record my first song. Moved to Upstate New York in the Binghamton area when I was around 16 and then at 20 I moved to Kentucky.

Kulture Vulturez: What are the ups and downs of being from where you are from?

RillaDaOpp: I grew up in a very bad environment, grew up in gangs and got introduced to selling drugs and doing a bunch of bad things that involved a bunch of things not to mention. I grew up in the South Bronx one of the very first stops in the Bronx. When I was growing up I was in an era of violence, I lost a lot of friends, shit it’s too many to even count. I have an arm full of tattoos with all my friends that’s not here with us no more, rest up to all my guys, I do it for them.

In 2008 I got into the streets and around 2009 is when I started actually going out and doing shit, like gang banging and making a name for myself all the way until around 2012, when I moved from the Bronx to Upstate New York. I was still doing shit out there, though, like going in and out of jail. In 2013 is when I had my first kid and that’s when I started selling hard drugs, so you know it was a lot of risk I took every day just to survive. I was only 15/16 at the time. I was doing music, but I had got arrested at 17 and didn’t come home till I was 19/20 in 2015.  I moved shortly after to Kentucky around 2016/17.

Kulture Vulturez: When did you begin rapping and what got you started?

RillaDaOpp: So around 2012 is when I started to record music.  I recorded my first song on my high school computer, but I always had music in me since way before that, but that’s just when I actually got to put my voice on a beat.  The thing that got me started was when I use to just be at the park with the guys, and shit like that, we were just sitting around making diss songs to different hoods in the Bronx that we had problems with. (LOL)  It was more of the streets that made me want to rap, just because we was already using it as a voice for us to speak to the other side. (LOL)

I also did my first music video when I was 15, and I did it by myself.  The edits, the camera shots, everything.  I used my mom’s camera, a little pink Nikon camera, one of those old ones.  It was cool though, I always knew what I was capable of.

RillaDaOpp: My name is not actually none of that.  The people that know me in person know my name and what I actually go by.  The Rilla part is just an image of me and what I believe in.  All my Rillas understand me.  I can’t say to much on that, though.  We can’t get into the politics about any stuff that’s too deep, if you know then you know, shout out to my apes.

My first rap name was KingRilla, but I seen too many people with king and stuff like that.  So, before I started to get out there I knew I had to change it quick, so I took the king out and started with Rilla.  The “opp“ part comes from just me as a person and what I’m next to and who I’m around, a lot of people just don’t f*** wit me personally, I don’t know and I could honestly care less.  Everything I do I did my self, studio sessions, music videos, everything.  So, that’s how the “opp“ comes to play,  it’s not that I’m everybody’s opp it’s just these certain people don’t f*** with me or support, we are most hated.

Kulture Vulturez: What separates you from other artists?

RillaDaOpp: I say just my sound.  People call me drill and stuff like that, but I feel like my sound is unique.  Everybody has the same voice and I just use mine in a different way.  I feel like I’m just in my own lane, honestly, and where I’m at in the south people don’t really vibe to my type of music, being that I’m from New York.  Like I said, it’s okay I will still proceed.

Kulture Vulturez: Seeing a interview online your called the first Kentucky drill rapper, why is that true?

RillaDaOpp: So, like I said in the last question, it is more of the people labeled me that.  I don’t care, but I know I didn’t label myself it’s more of who I am and where I’m from, you know.  Maybe the beats I pick, and stuff like that, makes me out to sound like a drill artist.  So, I feel where everybody coming from.  The Kentucky part comes from me putting on for Kentucky, you know.  When I get on and sell out shows it will be in honor of Kentucky, New York already has famous people and this is where I reside.  I love where I’m from, but I can’t say I’m a New York drill rapper if I’m not in New York, you get me.  So, first Kentucky drill rapper and I’m fine with that. Dirty money!

Kulture Vulturez: What are your top songs and favorite songs?

RillaDaOpp: Honestly, speaking to you I’m not a fan of my music, you get me.  I don’t like my sounds, but that what pushes me to make me better and push my music because I’m never satisfied with my stuff.  So, I always try to make my next song better and better.  But my favorite songs are “Anthem” and “Still Me”.  Those are the two that I feel like is my sound and what my music is, all my other songs everybody loves them but those two are my favorites.  Still ran me up about 100k views easy.

Kulture Vulturez: What are some of the main things that you would like to accomplish as an artist?

Kulture Vulturez: Anything upcoming or anything else the people should know?

RillaDaOpp: Yeah, I have a whole bunch of singles dropping soon, not only singles but visuals.  I like to drop visuals at least every month just to keep something going and for the people to see.  I have some fire dropping called “ My Sons“ and another single called “Believe It“ as well some other singles in the drill campaign.  Stay tune with me and follow my Instagram to keep in tune with what I’m doing @Rilladaopp and for the people I just want you to know that we here and we next up! I just want everybody in the same boat as me to be in a better position, so let’s get to to moon baby.  Nine eleven dirty money on the set we here!!!