In one of the most luxurious cities in the world the San Francisco hoods often gets ignored, especially with today’s gentrification of the once thriving San Francisco black population.

While the San Francisco black population is only 5% of over 800,000 people that reside in the city, as whites and Asians making up the majority, there are a few urban communities in the city.

As tourist attractions and middle- and upper-class neighborhoods dominate the city’s landscape, the San Francisco ghetto and urban community is in the Sunnydale Projects, the Mission District, Oceanview, Hunters Point, Potrero Hill and the legendary Fillmore neighborhood.

Breakdown of the San Francisco Hoods

The problems with the loss of employment opportunities and resources, high standards of living, and the introduction of drugs flooding the community helped the streets of “The City” to start a new era within the San Francisco ghetto.

Outside of Oceanview, the heart of the streets of San Francisco were in the city’s once many housing projects that were placed in numerous locations, but the majority were in or around the Fillmore District.

During San Francisco’s urban renewal construction of the 1950s and 1960s, the city placed housing projects and complexes in Fillmore which would eventually become the heart of the neighborhood.

By the 1980s and 1990s, a new era and generation emerged in the neighborhood as the streets of the Fillmore became known the Space Age Gangstas or for housing projects like the Pink Palace.

Other Fillmore ‘hoods were Plaza East, also known as Outta Control projects or the O.C., Plaza West known as Turkwood, Eddy Block which is a number of blocks along Eddy Street, K.O., and others. 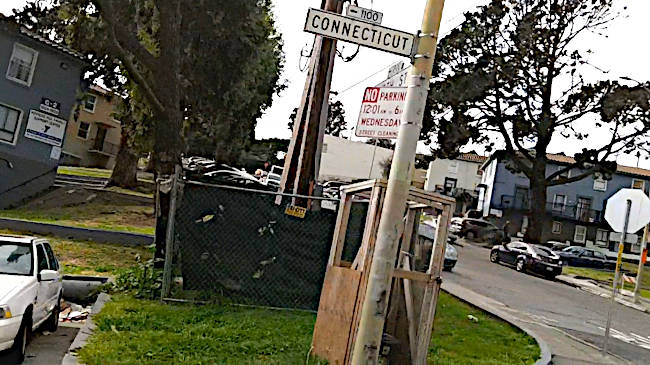 Potrero Hill, one of the last remaining San Francisco hoods.

Hunters Point, San Francisco’s second largest ‘hood, might seem as one community but there are a few separate blocks within the Hunters Point neighborhood like Harbor Road, Oakdale, Kirkwood or West Point (Hunters View).

From Mexican gangs to the old housing projects of the Valencia Gardens and Army Street (Bernal Dwellings), despite the Mission District’s popularity there are certain sections of the Mission District that were once considered to be the ‘hood before gentrification. 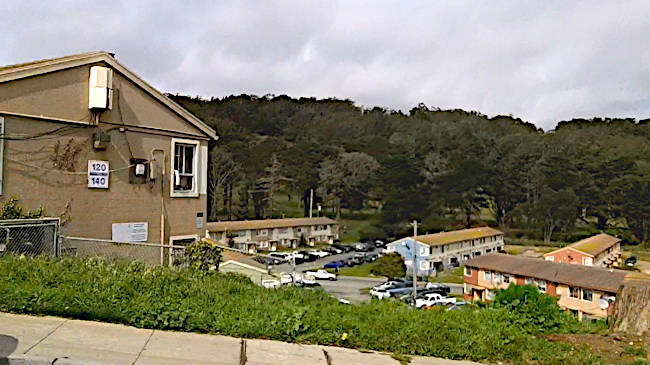 Sunnydale, also known as The Swamp.

Sunnydale, probably the largest of the San Francisco hoods after the gentrifying of the city’s other neighborhoods, has often been referred as “the Swamp” and has been well known and respected for generations.

As the years went by, the San Francisco black population, as well the streets, declined as employment opportunities went away and gentrification displaced people from areas like Fillmore and Hunters Point.

Many African-Americans came into the city of San Francisco as available employment opportunities in the northern California shipyards helped thousands of southern black families to move and relocate in the city during World War II, the 1940s.

Between the 1940s and the 1970s the San Francisco black population grew by the tens of thousands with the majority living in areas like Fillmore and Hunters Point, before the 1940s there were only a few African-Americans living in the city of San Francisco.

Fillmore, which some considered as the Harlem of the West Coast, was one of the only places African-Americans could live upon their arrival from the south as many replaced the former Japanese occupants who were remove from the area due to Pearl Harbor and World War II.

As African-Americans moved in, many of the community’s white families and residents decided to leave as the black community was slowly becoming established with businesses and entertainment.

Despite urban renewal during the 1950s and 1960s that displaced thousands of African-Americans from their Fillmore neighborhood, there was still much of a black community from the prominence of black culture to black activism with the Black Panthers.

While Fillmore has historically been identified as the mecca for San Francisco’s black population, Hunters Point was also one of the first communities African-Americans resided when they first arrived into the Bay Area.

Hunters Point was still a predominantly white community with the neighborhood’s original housing projects being segregated with African-Americans only living around Navy Road, which has now been demolished and is a completely vacant lot. 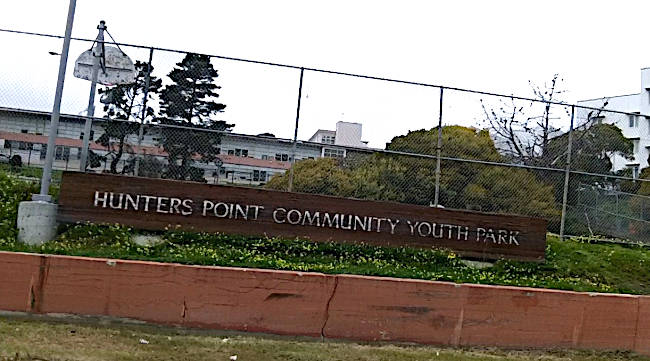 After production in the shipyard declined during the 1950s and 1960s, which led to white and black people losing employment, the neighborhood of Hunters Point changed as white families left the community and black families moved into the remaining housing complexes.

Hunters Point, an area that has been known to have racial problems and tension among African-Americans and the rest of San Francisco’s society, had one of northern California’s worst race riots during the 1960s.

When the city built its housing projects during the 1940s the vast majority, from Sunnydale to Potrero Hill, were for strictly for white residents during a time of segregation, leaving only the Westside Courts near the Fillmore District for African-Americans.

As the United States was ending segregation and integrating schools and communities, the housing projects would become all-black neighborhoods by the beginning of the 1970s, largely due to urban renewal and the displacement of African-Americans in Fillmore.

Oceanview, one of San Francisco’s few urban neighborhoods that is not located in a housing project, begun as an all-white community until the 1940s as handful of African-Americans moved into the community, but not until large urban renewal projects of the 1950s and 1960s in the Fillmore district did Oceanview become predominantly black.

The Mission District, which historically has been the city’s main hub for San Francisco’s Latino community, is one of California’s oldest neighborhoods as the community has been around since for generations.

In the beginning, many white families, early European immigrants, lived in the Mission District but after the World War II, during the 1940s and 1950s, many Latino immigrants relocated into the neighborhood.

Destruction of the San Francisco hoods has been occurring in the city since around the 1950s, especially in Fillmore where there were stages of slum clearance, urban renewal, and gentrification, which probably started during the 1980s and has continued into the 2010s.

Housing projects have been one of the city’s main focus of redevelopment, as only Alemany, Alice Griffith, Potrero Hill, and Sunnydale are left completely intact, even though there is still housing complexes in Fillmore and Hunters Points and parts of the Potrero Hill projects were replaced by an elementary school. 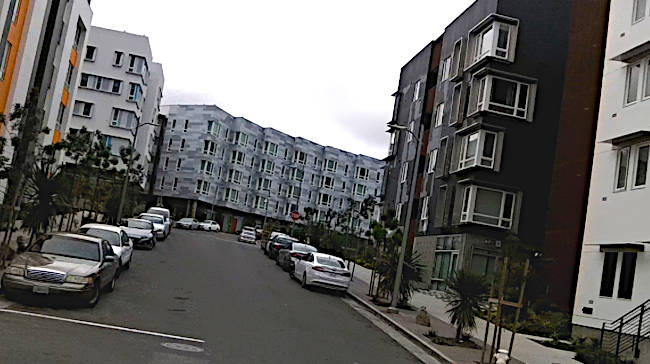 Like other communities throughout the Bay Area, parts of Mission District, Hunters Point and most importantly Fillmore have become gentrified which has led or is leading to a change in demographics within the San Francisco hoods.

3 West Oakland and the ‘Hoods of “the Town”