Son of the 215: Story of Philly’s Next Top Rapper

Fresh off winning an award for Philly’s top Underground Artist of the Year, rising hip hop artist Son of the 215 is gaining much momentum into becoming one of the next top East Coast rappers.

Rapping since the age of 16, Son of the 215 has had more than enough time to master his craft to be one of underground hip hop’s top lyricist, especially after growing up listening to many Philadelphia legends like Schoolly D and the Fresh Prince.

With trendy rap trending and everyone copying the same styles in a song titled “Heavy” Son of the 215 states in one of his verses “What happen to the art, rappers just mumble then they stumble on the charts” should sum up what to expect when listening to the rising Philly rapper, an artist who carries the tradition of hip hop in its purest form. 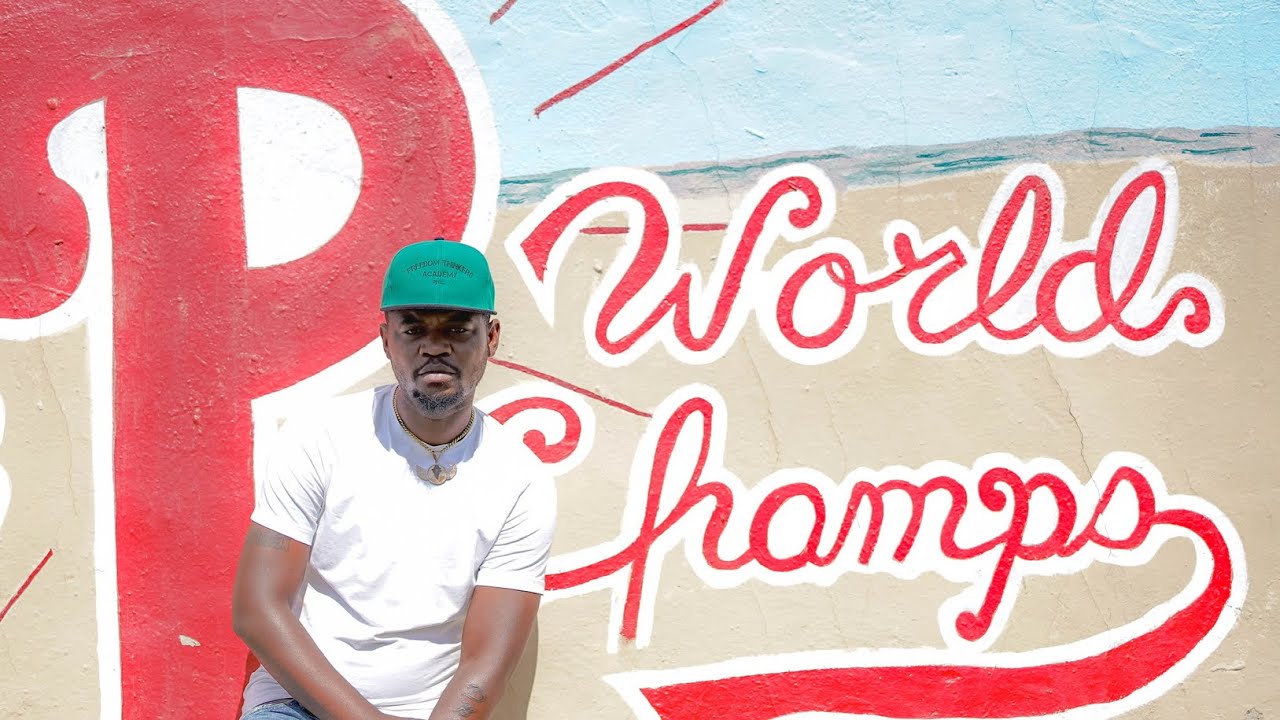 A combination of hip-hop filled with savvy bars, a great example is one of Son’s most viewed music videos “PHILEBONICS”, and story telling and street tales that paint a realistic picture of not just life growing up in Philly but songs like “Trap Keep Winnin” can be soundtrack for anyone that grew up outside in an urban environment.

His recent project of Veteran’s Day 2, an album with 11 tracks that does not have a skippable song, is the best showcase of Son of the 215’s talent and his diverse range from raw hip hop with an East Coast sound to reality rap with a street edge that can be easily marketed well outside Philly and the East Coast.

Beginning his career as D.Billz and hailing from Philly’s Uptown section Son of the 215 has already made his way onto multiple major platforms like A3C Festival and SXSW, working with Philadelphian legends like Freeway and members of the Major Figgaz, and opening for some of the country’s top artists like Styles P, Benny the Butcher and Casanova. 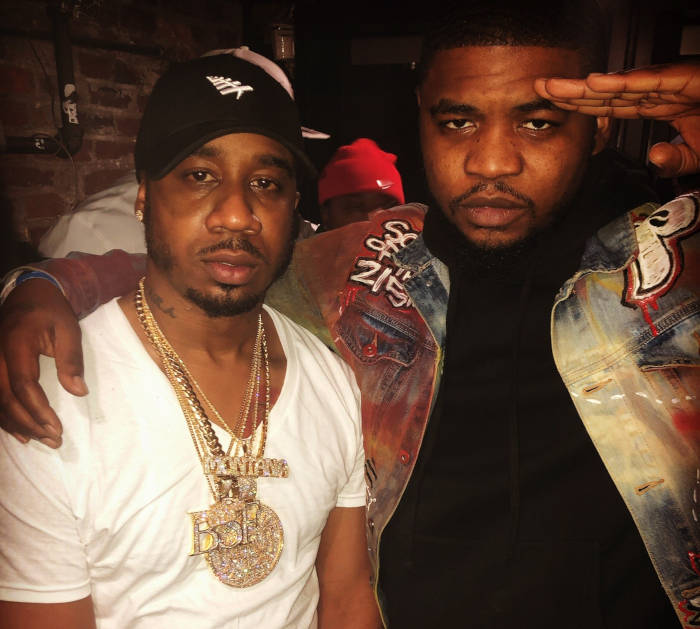 Son of the 215 is pictured with Benny the Butcher.

Son of the 215 is just steps away with a good team behind the scenes and the ability to produce music for people who actually appreciate true hip hop and an artist who truly creates and respects the real art form of hip hop music and its culture, the rap world will be hearing much more from Son of the 215.

With two full length projects under his belt Veteran’s Day and Veteran’s Day 2, both equaling over 100,000 streams on Spotify, and his next project that is set to be released SuccessOrNothing as the title of one of Son’s top songs states a New Philly is on the horizon.

Son of the 215 Heats Up The Summer with “The Freestyles”

Son of the 215 is a name that is strongly becoming the New Hope of a “New Philly” which is one of his biggest songs winning a award at a New Jersey indie Music Festival. For song of the year. That is just part of his accomplishments, recently he dropped “Veterans DAY2” in 2020 also up for a “Album of the Year” award. At the top of 2021 he brought home “Underground Artist of the Year” at the virtual Philly Hip Hop awards. His hood classic “S.O.E” featuring 215 icon Philly Freeway could have played a major part in that! 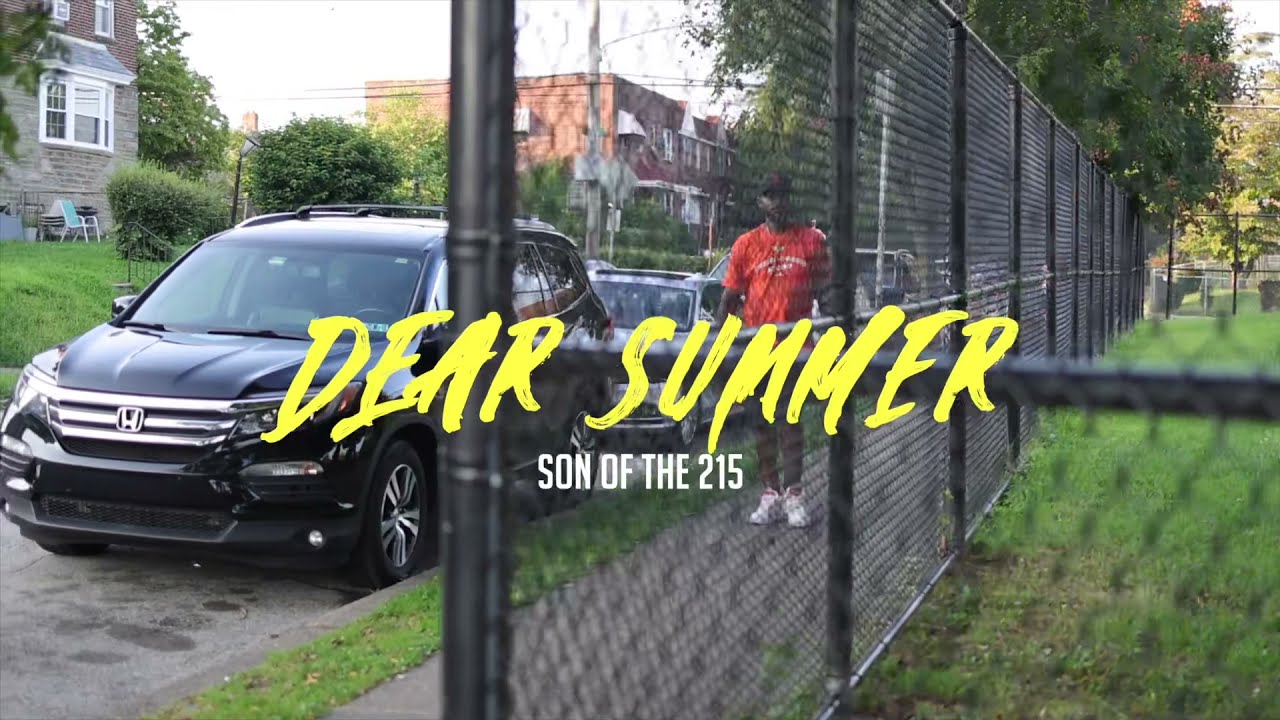 Freeway has recently started his Freedom Thinkers Academy Label disturbed threw RocNation so it only made since that the GOAT recruited the Son as one of his artists to wave the flag. Moving around the country with Freeway performing and getting stamped from State Property members like Young Chris and Beanie Sigel to Shade45 is jus more insurance the Uptown Philly MC is playing for keeps! On August 27th the release of a surprise mixtape dedicated to his big brother an mentor Freeway titled “The FREEstyles” hosted by DJ Ismatik, an ode to the classic Album “Philadelphia Freeway”. Tapping in on some of the classic beats like “Line ’em Up” and “What We Do” the spitta call it “MixtapeSon”.

While giving a nostalgic feel he also drops new gems with tracks like “Stand the Reign” with Bad Boy alumni E.Ness, “New Philly pt.2” with RnB diva Suzanne Christine. Great production from Hook Master on “This Is It Philly” ft. Dell-P, DeweyOnTheTrack on “Philebonics ” remix, AceDaKhemist on “Got me” featuring Miss Ayee, a flip on Freeway and Mariah Carey. From start to the outro it’s a mixtape that gives you an album feel stays true to the agenda an proves The Son has earned his spot as one of Hip Hop’s elite rising stars. Click The Link Below an see for yourself, streaming now on all major platforms.