As Asian drug laws are part of a region that has the world’s strictest and deadliest drug laws, surprisingly drugs thrive in many places of Eastern Asia and Southeast Asia. From trafficking of top Asian drug lords to the everyday users, authorities have been going to the extremes to fight the growing problem of narcotics.

Being home to the Golden Triangle, which is consider as one of the world’s largest drug producing regions, makes sense that the drug market of Southeast Asia, as well the market into Japan and South Korea, is in its current condition. Centered in the countries of Laos, Burma, and Thailand, the Golden Triangle is a place that once produced majority of the world’s opium, in which is key in the manufacturing of heroin. 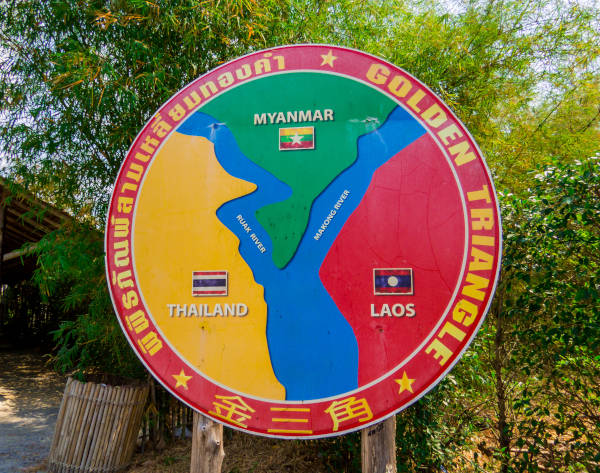 Places like northern Laos have for decades been a major point for the drug trade in and out of the Golden Triangle, at least during the days of the vast production of opium. Vietnam has also become a transportation hub, especially in the northern region of the country, as well the larger cities, but mainly northern Vietnam. 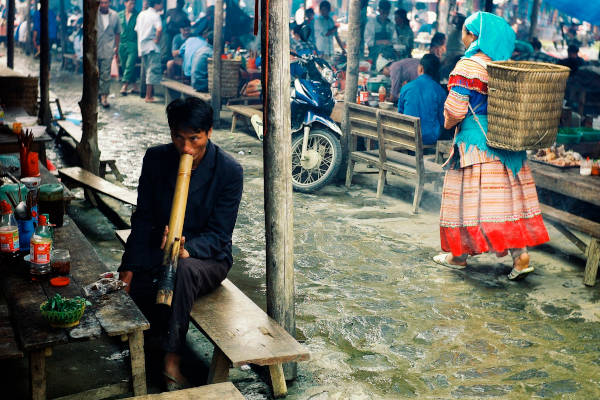 The former heroin and opium capital, before Afghanistan and the Mexican cartel took the reigns as the key distributors and manufacturers of heroin, is not solely based around growing and cultivating the poppy. In recent years, following the decline in opium production, synthetic drugs like methamphetamine has become one of the most popular narcotics to manufacture in the Golden Triangle and one of the most used drugs in many parts of Asia, with popularity continuing to grow.

1. Tse Chi Lop.  A notorious Asian drug lord who had reached a point of being able to generate over a billion dollars a year through his drug trafficking efforts within Southeast Asia, as well within other regional countries like Japan, Australia, and New Zealand.

2. Sam Gor. A syndicate, or organization, that consisted of multiple Asian drug lords from various countries throughout Southeast Asia. They have claimed to be very professional and unique with their ways of conducting business, which explains the many failed attempts of their arrest.

3. Toge. A man in Indonesia who ran a very lucrative market from the inside of his prison cell after already being sentenced to death through Indonesia’s tough drug laws.

5. The Kokang Army ( Lo Hsing-Han ) and Shan United Army (Khun Sa). These two separate organizations, and somewhat rivals, were labeled as some of the largest drug lords and organizations of the Golden Triangle. Located in the jungles of Myanmar, Khun Sa was viewed as one of the most profitable Southeast Asian drug lords, especially during the 1980s and 1990s.  Khun Sa dealt and produced opium for decades, basically the majority of his life.

6. Xaysana Keopimpha. Known as Mr. X was one of the more famous drug traffickers of Southeast Asia.  Originally hailing from Laos, Mr. X had major connections in places like Thailand, especially with the local celebrities. He was sentenced to life in prison after being caught with over a million methamphetamine pills.

7. Phan Huu Hieu. Nicknamed “Mouse” this drug lord made history by having one of the largest drug seizures in the country of Vietnam. With a drug route from Laos into Vietnam, his capture led him to be sentenced to death.

8. Ah Kong. Were Singaporeans who during the 1970s, 1980s and 1990s controlled the vast amount of heroin that enter in Europe, while mainly distributing from the golden triangle. 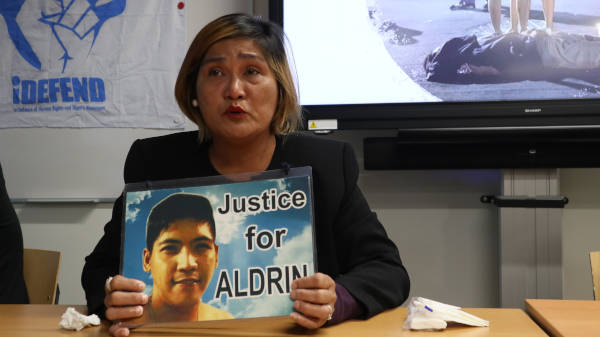 With the rise in drug usage, and drug dealers, the country of Indonesia has launched a war on narcotics. The tactics used in Indonesia’s fight against drugs are similar to the Philippines battle against drug trafficking, where it is not frowned upon to execute people in the streets for their illicit activities and not just going through the proper judicial process and sentencing people to death.

Places within the country of Indonesia, like Java and Bali, have some of Asia’s worst drug problems. Of late, the drug trade within Indonesia has been on a rise and becoming quite lucrative for some, which has also led to local corruption within a few law enforcement agencies. 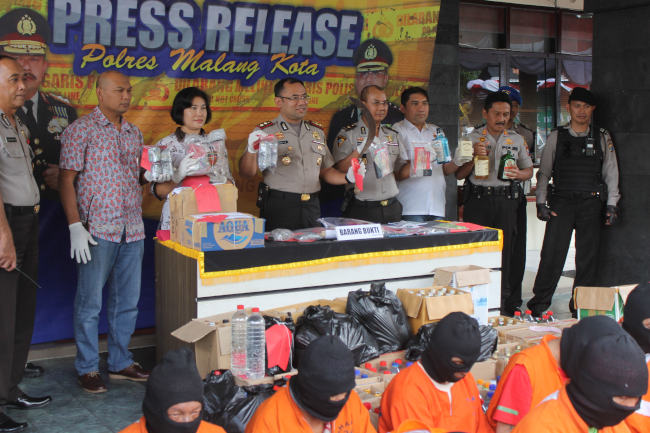 The tough Asian drug laws of Indonesia were created during the 1990s and the country’s fight against drugs have been escalating ever since. According to the Star Online, as recent as the end of 2019, foreigners can face the country’s death penalty (or firing squad) for something as low as an ounce of marijuana, and if not death then life imprisonment.

In Myanmar, the country became one of the biggest producers of opium, along with methamphetamine, in Southeast Asia, depending who you ask. A few of the country’s most prominent companies have been alleged to have links to drug trafficking, the same companies that have helped with some of Myanmar’s development.

A region within the Golden Triangle known as the Shan State has seen some of the most trouble and conflicts in Myanmar. Together with lawlessness, the Shan State is one of the main sources of drug production and distribution in Southeast Asia. 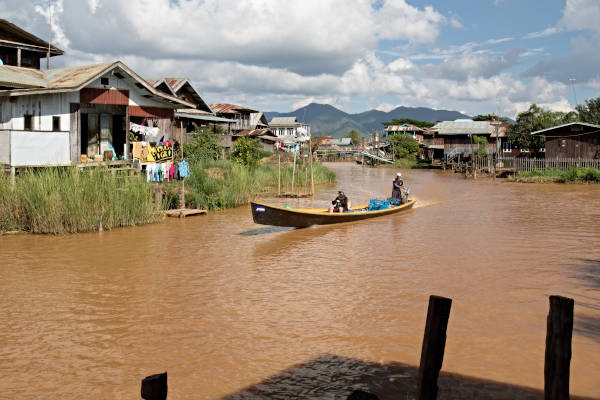 While Southeast Asia is home to the Golden Triangle and the world’s harshest drug penalties, countries within East Asia, Japan, Taiwan and South Korea have their own issues, but similar problems. From numerous of reports of large seizures of amphetamines to reports of organized crime syndicates controlling much of the criminal and under world, places in East Asia should not be excused. 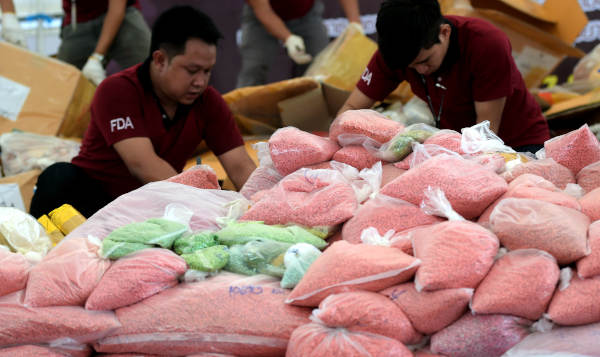 With North Korea formerly being one of the world’s leading meth producers, it would be obviously that a small percentage of North Korean citizens would be major traffickers. As mentioned, the country’s government leaders somewhat enabled the production of meth, which began during the 1990s in an attempt to earn the country some sort of revenue, but the government’s production did not last long. Despite the government’s production ceasing, there are claims that the production and distribution of methamphetamine is still overlooked by authorities.

The moment that led the world to shine a light on Southeast Asia’s drug epidemic was the harshness of many of the countries in the region drug laws, laws that have led authorities to execute thousands of suspected drug traffickers and even in some cases drug users.

• The Philippines war on drugs has become the most publicized with the very brazen country leader of President Duterte. As the world was viewing from a distance, and being very critical of the Philippine government, the leaders of the country implemented the world’s most severe drug laws as punishment could mean death in the streets, skipping the proper channels of a judicial trial. Whether it is drug users or drug sellers and traffickers, there are a handful of the killings committed by the local police or military that are based on assumptions with very little evidence.

• In Japan, Asian drug laws consist of anyone who enables drunk drivers and/or drug abuse can be sentenced to prison as a person responsible for a crime, while the smallest amounts of the most harmless drug that someone can get their hands on has the possibility of sentencing someone to around five years in prison. 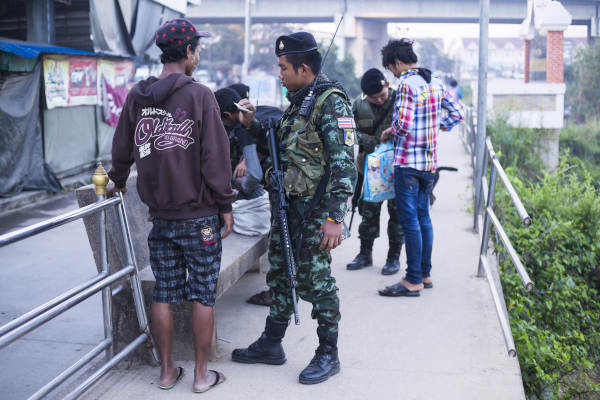 • One of the first places in Asia to truly declare a war on drugs was Thailand, during the early 2000s. During Thailand’s wrath on drugs, hundreds of people were executed due to the accusations of being involved in drug trafficking.

• Indonesia has similar simple possession laws that can have a resident of Indonesia or a foreigner sentenced to around five years in prison. And to remind people that these laws are just for simple possession, so anyone can imagine the increase of penalty for the actual distribution drugs.

A clear example of how dangerous drug trafficking can be is the case of the Bali 9. In the case of the Bali 9, a group of nine Australian nationalist brought over a dozen pounds of heroin into the country of Indonesia. Unfortunately, the group were unable to successfully accomplish their goal as their capture led to them being sentenced either to death by firing squad or life imprisonment.

From Vietnam to Malaysia to Singapore, just about every country in Southeast Asia has very strict, and very dangerous, drug laws where sentences from possession can lead someone with life imprisonment or death by firing squads. One can assume that the strict laws are a crime deterrent, but drugs like methamphetamine, heroin and numerous others are still very accessible and the usage and trafficking rates are still on a rise.

Shamsian, Jacob “North Koreans reportedly use crystal meth as casually as cigarettes and are shipping the drug to China” INSIDER. 26 Feb. 2019 https://www.insider.com/north-korea-crystal-meth-casual-use-trade-china-2019-2