In the small Arkansas city of Pine Bluff much is not known other than the negative labels that society has given the city, which have included every slogan depicting the Pine Bluff ghetto from the “Poorest City” to the “Most Dangerous City”.

An impoverish city divided between the East Side, North Side and West Side with the South Side being the more affluent side of town, Pine Bluff has become a shell of itself from pass memories of black excellence.

In the near vicinity of today’s Pine Bluff was a region that was home to Arkansas’ largest slave plantations, the Arkansas Delta, which is the only main region of Arkansas’ African American population, other than Little Rock, Texarkana and Fort Smith.

During the city’s early days, from the 1800s to the early 1900s, the city of Pine Bluff was once known as the mecca for African Americans in “The Delta”, both in the state of Arkansas and the neighboring state of Mississippi.

Pine Bluff was once locally known for the heavy concentration of blues musicians and entertainment, as well black entrepreneurs that led to some to refer the Pine Bluff business community as the “Black Wall Street” of the region. 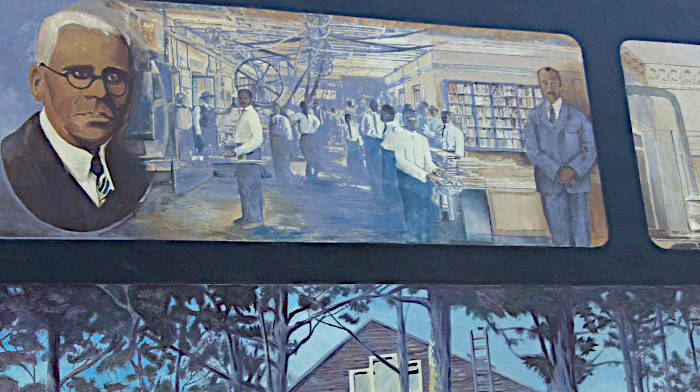 The city of Pine Bluff has had a long history of black excellence that has included entrepreneurs, scholars, musicians and black soldiers that fought in the Civil War.

Unfortunately, around World War I, during the 1930s, is when the state of Arkansas began to transition as the city of Little Rock began to become the more popular and attractive city for African-Americans and Pine Bluff slowly became the forgotten city.

The Statistics of Pine Bluff, Arkansas

As stated, Pine Bluff has had its moments of being the country’s poorest city and the country’s most dangerous city, despite the size of Pine Bluff making the comparison hard when placed in the same category as much larger cities.

The city of Pine Bluff has less than 50,000 residents, a population that is declining year by year, as almost 80% of the population is African-American with the city’s white population accounting for only 20%.

In one of America’s poorest states that only has an average income of $23,000, according to statistics there are communities and neighborhoods in Pine Bluff that have a poverty rate over 70%.

With companies like Tyson Foods being one of the only major employers of the region, along with the medical field, educational institutions, and Arkansas’ Department of Corrections, finding a good paying job is not easy to obtain for some in Pine Bluff.

With the lack of opportunities and the proper resources to find opportunities, a last resort is the streets for the ones that have exhausted all their outlets and have been on a constant search with no hope in sight. 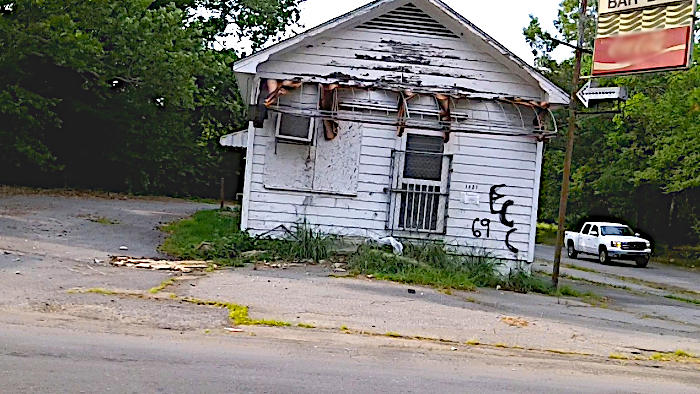 In any city when there is a lack of positive activities, opportunities, and resources crime and street and gang activity usually rises as idle time or the need for money transforms into wrongdoing.

In recent years, the small metropolitan area of Pine Bluff has had a violent crime as high as 1006.7 per 100,000 inhabitants, only coming in third behind the metropolitan areas of Detroit and Memphis.

It should also be noted that statistics are often over exaggerated and any small city should not be compared to other larger cities, while also noting that the majority of the people in Pine Bluff do not indulge in street activity.

What Happened to the Pine Bluff Arkansas Ghetto?

The city of Pine Bluff began to decline as a large portion of the city’s white population began to relocate into the neighboring city of White Hall, Pine Bluff’s suburb, which was established during the 1960s and became a small city with a population of 1,000 by the 1970s.

In every decade a substantial number of citizens have exited the city of Pine Bluff, which has caused a loss of a tax base that has made the revenue of property, sales, and income tax to be on a constant decline.

As the city furthered transformed into becoming the Pine Bluff Arkansas ghetto during the 1990s and 2000s, poverty in the city increased as today the poverty rate is 33% with an average income of $17,000 despite 64% of the businesses are black owned.

Currently, Pine Bluff’s only claim to fame is the Historical Black College of the University of Arkansas – Pine Bluff as the city continues to lack attractions to bring in more visitors, revenue, or notoriety.

With a lack of resources or reasonable employment opportunities, Pine Bluff’s poverty shall continue as the dilapidated city will need a team effort by the people and the local and state governments to help with improvements.