Meet the World’s Next R&B Star, Debuting “Back It Up”

Tiana Kocher is on a mission. She is determined to see her dreams become a reality, while maintaining the integrity and authenticity that make her who she is. She’s not afraid to say what she’s feeling, and that is on full display in her sexy new single, “Back It Up”, which is an unapologetic invitation to her muse.

“After releasing two mellow love songs as part of my new project, I wanted to show y’all something fun and upbeat,” says Tiana. “This one is definitely the song for my girls, and I’ll leave it up to the listener’s interpretation as to what it can mean.” 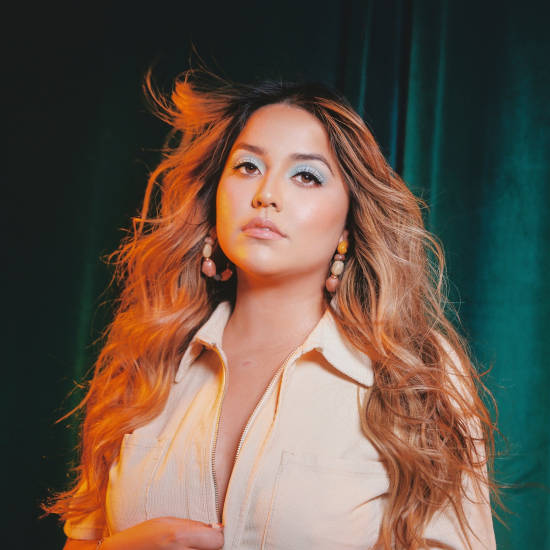 Moving from Manila to Los Angeles, Tiana transitioned to the entertainment capital of the world in an effort to build her career in music and to collaborate with some of the biggest and brightest minds in the business. She has written and recorded with several GRAMMY award-winning artists and assembled a team of creative hustlers determined to give Tiana the attention she deserves.

Tiana’s new album, a collection of songs she wrote and recorded over the last few years, is due out this Summer. “Back It Up” was recorded at Westlake Studios in West Hollywood, CA and produced by Laney Stewart, mastered by Mike Tucci, mixed by Trehy Harris and engineer Blake Mares. Tiana wrote the song with Alex Jacke and Merges.

In addition to the “Back It Up” release, Tiana will be performing live in LA on March 9th with Breaking Sound at Kiss Kiss Bang Bang, and also releasing her first NFT and a brand new line of merchandise.

Meet and Get To Know Tiana Kocher

Kulture Vulturez: Being originally from the Philippines, where did your interest in music come from?

Tiana Kocher: Well, growing up, my mom and my dad, they immediately immersed me into the arts. So as a child they would put me in dance classes. They would also put me in musical theater camps. [Also], my grandmother is an opera singer. So, I’ve always just kind of been surrounded by the arts. It’s interesting, though, that I found myself in R&B music, even though that’s not what I really grew up with.

But both my parents have very eclectic music tastes. I always remember my dad listening to jazz, funk, soul and rock, and my mom would always listen to pop and R&B. So, I think that’s also kind of where that influence came from.

Kulture Vulturez: Is there a large fan base for R&B and hip-hop in the Philippines?

Tiana Kocher: You know what? There is a big fan base for R&B, but it’s really mainstream R&B. If I was to go back home to the Philippines and talk about [artists] like Victoria Monet or other R&B artists like that, they wouldn’t really know who they are. But I’d say nineties and early 2000s R&B has a very big influence in Philippines. Like Aaliyah, Brandy, TLC, you know, people and groups like that.

Kulture Vulturez: Your first official release was “Just My Type”?

Kulture Vulturez: Were you surprised by the success and feedback on the song?

Tiana Kocher: I honestly was because when I was first approached with the song, it’s kind of rap like, if I’m not mistaken. And that’s not something that I was really keen on doing. But, you know, I was like, I’m just going to trust the professionals. This is like my first release. I don’t really know what I’m doing. I was still getting to know the industry, so I was very surprised with the success of that record.

Kulture Vulturez: Did it further motivate you to continue being an artist?

Kulture Vulturez: What initially gave you the inspiration to pursue a career?

Tiana Kocher: Actually, at 17, I moved to the UK to study musical theater, and I was there for about two years. I went home one spring break to just visit family and spend time with my mom and my siblings, and we ended up going to the beach.

While we were at the beach, there was just this guy that had a guitar on the beach, and my mom was like, ‘Why don’t you go sing with him? Because you weren’t really doing anything.’ And so, I was like, alright. I went over to him, and I was like, ‘Hey, do you know the chords,’ and the song just so happened to be “Put Your Records On” by Corinne Bailey Rae, and he was like, ‘Of course I do.’ So, he started playing and we started jamming. I sang and my mom took a video. She filmed it and she posted it on Facebook. From there, a producer was like, she needs to come to L.A. That’s really how everything started.

Kulture Vulturez: How has the transition to L.A. been for you?

Tiana Kocher: It really hasn’t been hard. It wasn’t as hard as moving to the UK where I didn’t know anyone, and I’ve never visited prior. My dad is from San Diego, so growing up and we’d spend a lot of time in L.A., but it wasn’t hard. But, I noticed how competitive it was, but I never really cared about competition because I always just wanted to be authentically myself. So, I honestly have had the easiest transition because I always made music that I wanted to make.

Kulture Vulturez: Can you say you have a wide range of taste in music?

Tiana Kocher: I honestly do. If you were to take my phone and look at my Spotify and hit shuffle, you could be listening to like Mozart, and then all of a sudden you could be listening to AC DC. I literally listen to everything, and I think that really shows in my music. Because I listen to everything, that also means I like to work with different people. When I release projects, I never like working with just one producer for the whole [project].

Kulture Vulturez: Since you have been a recording artist, what have been your most memorable and favorite moments?

Tiana Kocher: Some of my favorite moments? I had the opportunity to open for ASAP Rocky, and the show just so happened to be where I was born and raised. That was really nice to do that and to perform in front of friends and family. I also just love meeting creatives and collaborating with people. I had the wonderful opportunity with TLC. There are definitely people that I have looked up to for a really, really long time, ever since I was a kid, so that was also a highlight.

Kulture Vulturez: Your latest song “Back It Up,” what’s the motivation behind that song?

Tiana Kocher: My past three releases have kind of just been kind of mellow and just not the most upbeat. I have been kind of sad, they’ve kind of been like, you know, about breakups and heartaches and stuff like that. So, I just wanted to release something that kind of just reminds my listeners that, hey, I can do something else. I wanted to kind of make a song for the girls, you know, when they’re getting ready for a night out, you know, just something that can get them in the mood.

Kulture Vulturez: You also have an upcoming album?

Tiana Kocher: I do, yes. The date is to be determined, but I do have an album coming out that has around 10 songs.

Kulture Vulturez: What can listeners expect from it?

Tiana Kocher: Honestly, this album is probably my most mature project to date. I want to grow with my listeners, and I want them to see how I’m growing as well, going into my mid-twenties and becoming a young adult woman.

I just want them to see that transition from “Just My Type.” [When that song was released], I was still a teenager singing about like, oh, this guy is kind of cute. Now obviously, as we get older, we go through the different things in life, and I think that’s really reflecting in my music. So, I have a lot more vulnerable music coming out and relatable music coming out.

Kulture Vulturez: Do you have any passions outside of music that you’re pursuing or would like to pursue?

Tiana Kocher: I do. I actually love just being involved in film production. That’s always been a passion of mine. I also love film photography.

Kulture Vulturez: Other than your upcoming album, what else is next for you?

Tiana Kocher: Well, I just plan to be doing more shows locally around the Southern California area or even just California as a whole. One day, I hope to be able to do a really big music festival. My goal for this year is to just really make a name for myself in the local L.A. music scene and then go from there.

For more on Tiana Kocher, visit: