As shows on television have become less popular, overtaken by the likes of Netflix and other streaming services, we will look back on the era of television that was during the 2000s. While not nearly has iconic as the 1990s, this era was dominated by HBO’s The Wire and The Sopranos. Also, unfortunately, this era of television lost much from previous generations, from the prominent black tv shows highlighting African Americans to the teen shows that were present throughout the 1990s, as well sitcoms not nearly as funny. One could say this was the beginning of the end for television as most of the fan favorites of the 2010s and 2020s were on streaming services and premium networks. In a non-bias attempt, below is rank of the most popular shows of the 2000s. 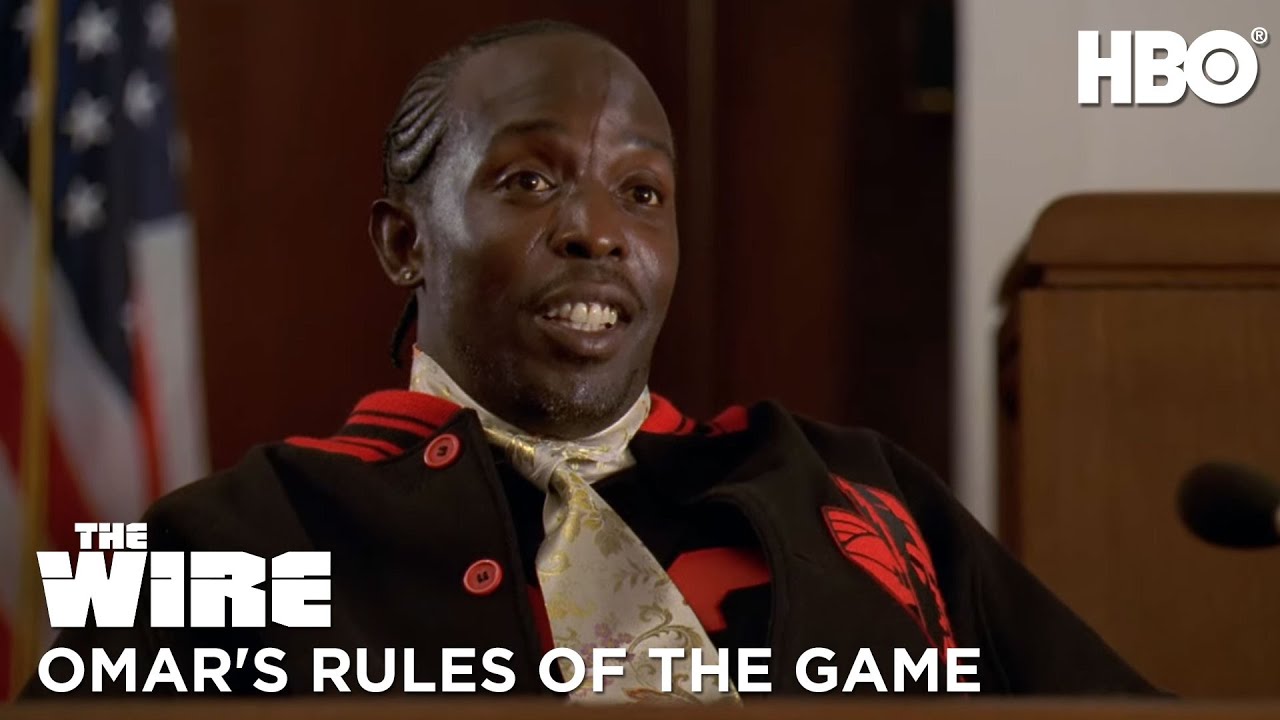 Based on two worlds in the city of Baltimore, from the law enforcement perspective to the perspective of the streets and criminal underworld, this is one of the all-time greatest shows. For five full seasons, The Wire takes viewers on a journey through an incompetent police department, a world of crime where drug dealers’ profit in the millions, and the dysfunctional personal lives of both police officers and criminals. The Wire broke down how politics, families, media, and just about every other aspect of the city are affected by narcotics. 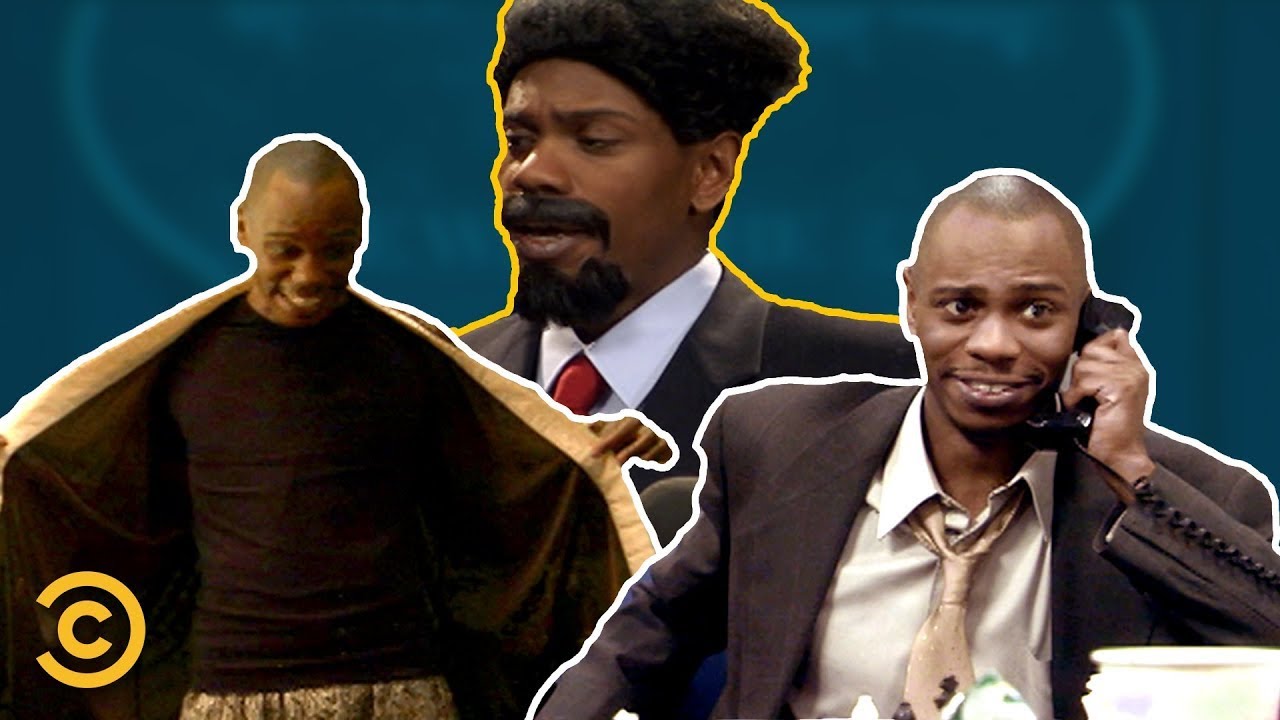 Despite running for two seasons, and a unfinished three episode third season, Dave Chappelle’s Chappelle Show is arguably the greatest sketch comedy show of all-time. Remembered for skits like Rick James, Clayton Bigsby, Tyrone Biggums, Prince, Lil Jon, The Mad Real World, Reparations, The Player Hater’s Ball, Black Bush, and many more, Chappelle’s Show never gets tired. While controversy surrounded the erupting end to the show, due to Dave Chappelle’s conflict with the network, the two seasons were enough to solidifies the show’s stance in television and comdedy history. 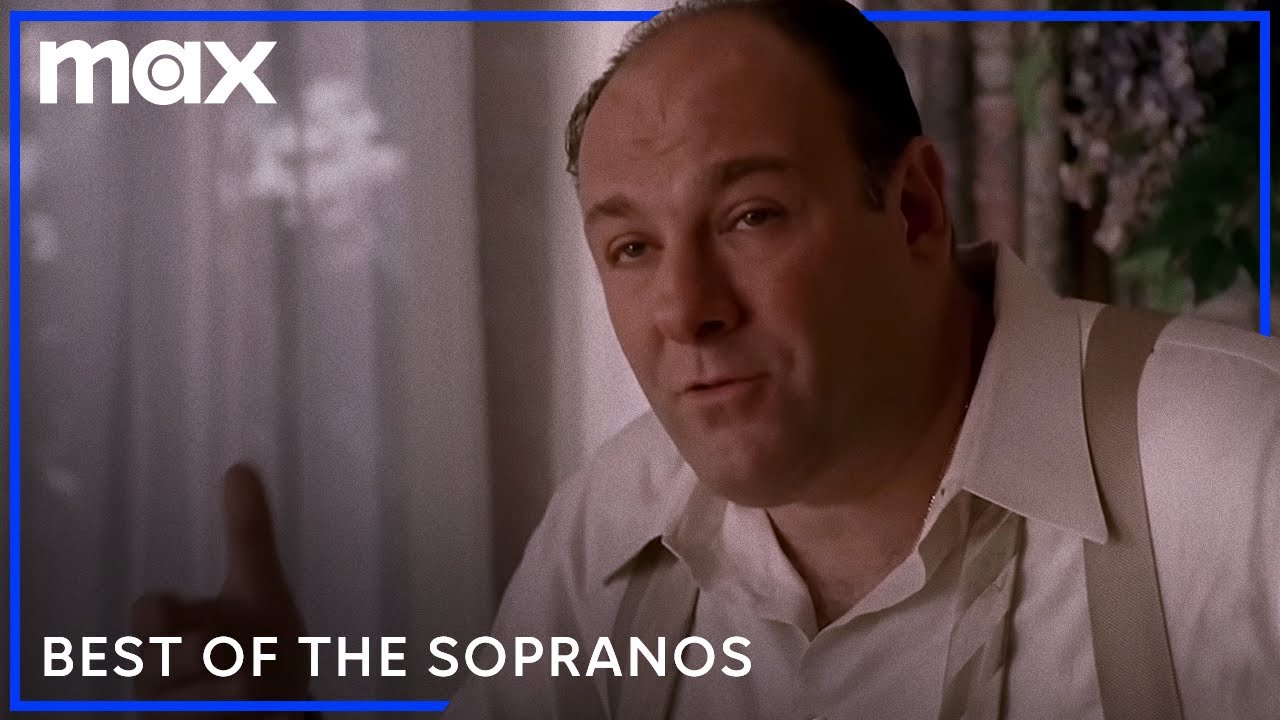 A mob boss balances his time between his two families, his wife and kids and his other family of mobsters. Through six seasons we witness the world of Tony Soprano develop through ups and downs of being a father and husband and being the boss of his New Jersey crime family of the Italian Mafia. Outside of Tony Soprano, viewers met some of our all-time favorite tv personalities and some of television’s most memorable moments. 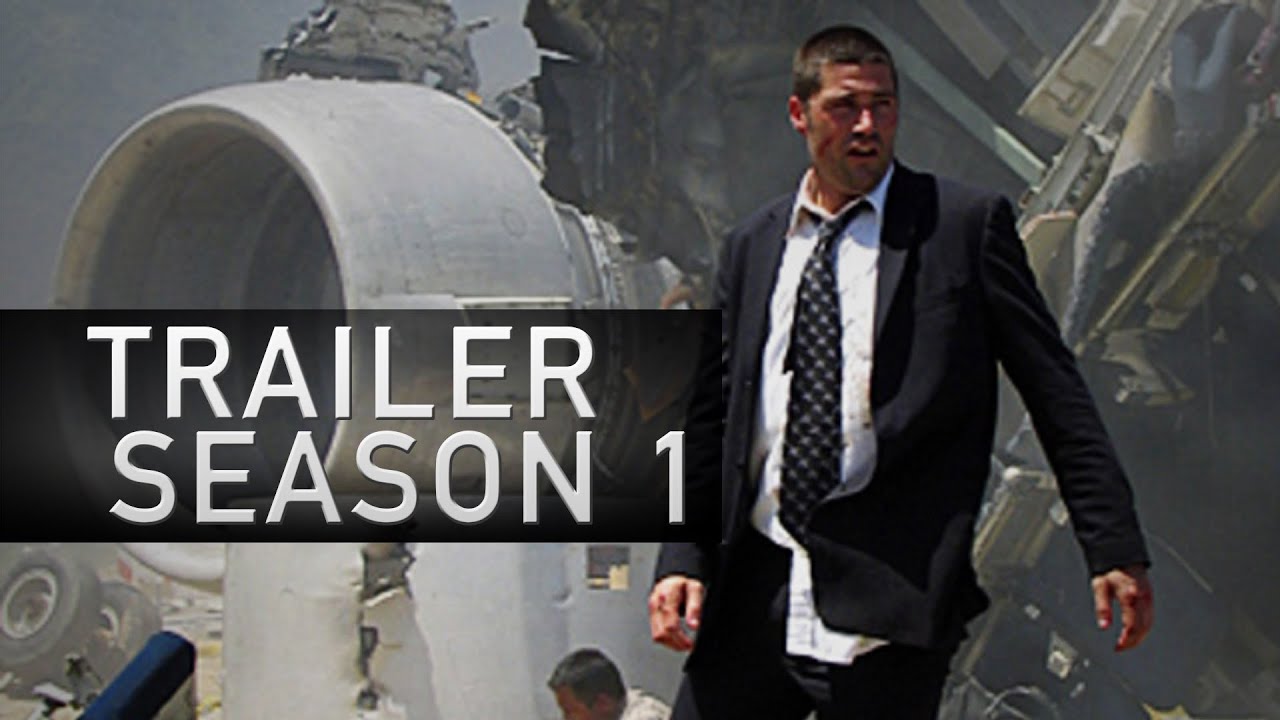 The iconic ABC show had a great run between 2004 and 2010, lasting for six seasons. A survival series, Lost followed a group of survivors of a plane crash that happened to place them on an isolated mysterious island. Like most shows, Lost did lose some of its fling as ratings went down after the first few seasons, but still one of the most legendary shows on network television during the 2000s, especially after receiving over 250 award nominations. 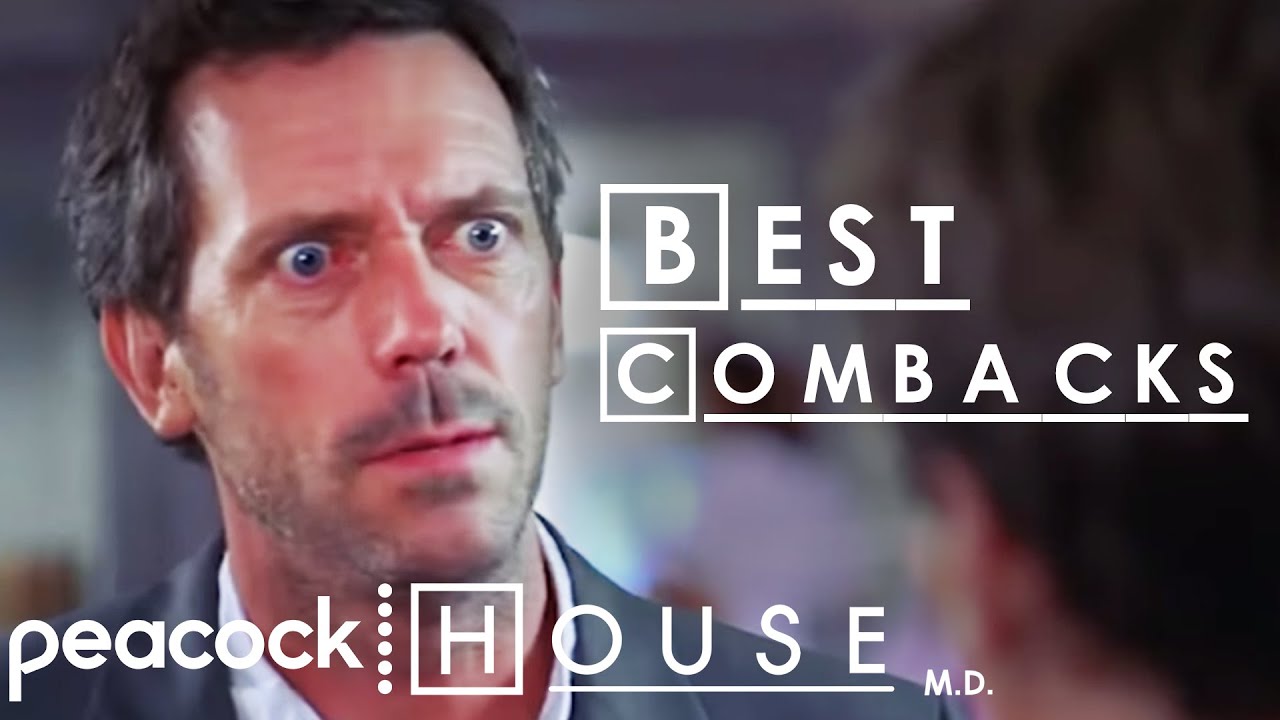 For 8 seasons this was FOX’s all-time most successful drams, reaching its peak between the second and sixth season, with dwindling popularity through season 7 and the final season of season 8. Centered around Dr. House, a one of kind doctor that had problems of his own, despite his own issues Dr. House breaks through medicines greatest challenges with his ingenious approach. 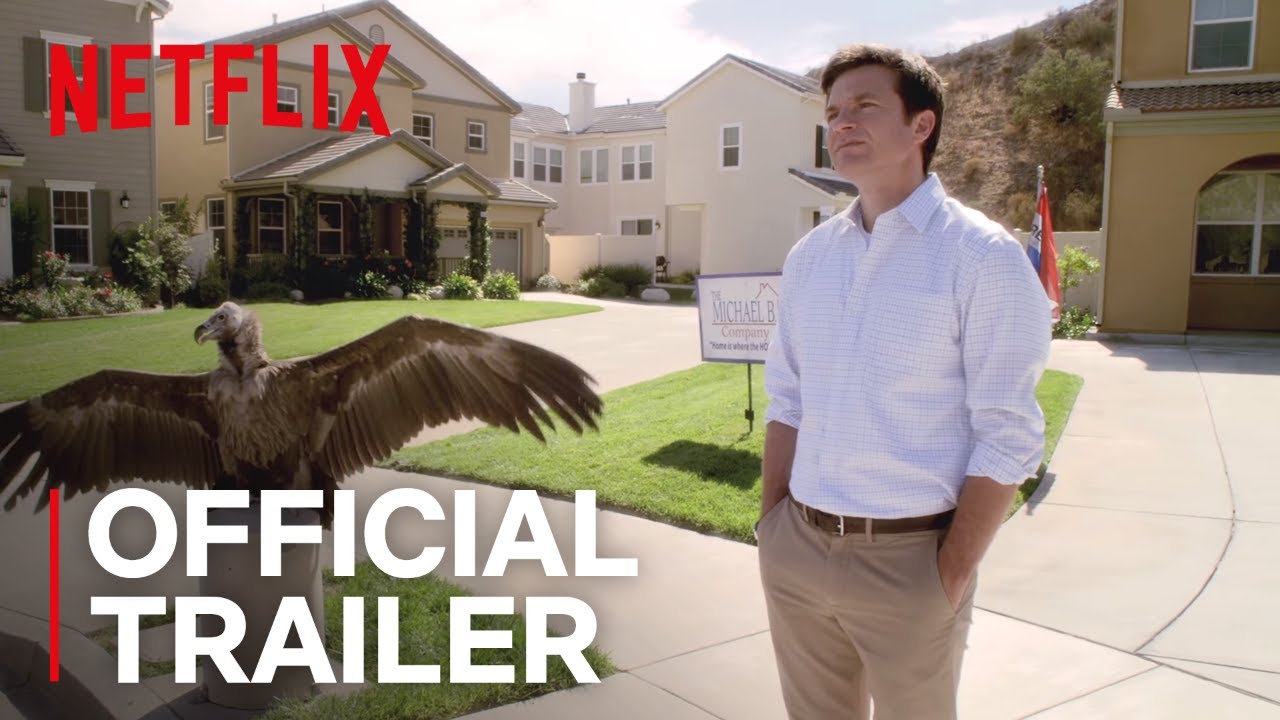 A true depiction of a very dysfunctional, but somewhat successful, family. While recently revived on Netflix for the last two seasons, Arrested Development was one of FOX’s most popular shows during the mid-2000s. Featuring an all-star cast with Jason Bateman, Will Arnett, Michael Cera and many more familiar faces, Arrested Development highlights Michael Bluth and his attempt to run and take charge of his irresponsible and troubling family.

7. How I Met Your Mother

Possibly the top sitcom of the 2000s that ran well into the 2010s, and was recently announce there is somewhat spinoff, How I Met Your Father, How I Met Your Mother will forever be recognized as a classic that instantly became fan favorite upon its premiere. The basis around the show, shows a man reminiscing about his younger years with his friends in New York City before he settled down with the mother of his kids. From People’s Choice Awards to Emmy Awards, over 90 nominations, one of the most successful and accomplished shows of the 2000s. 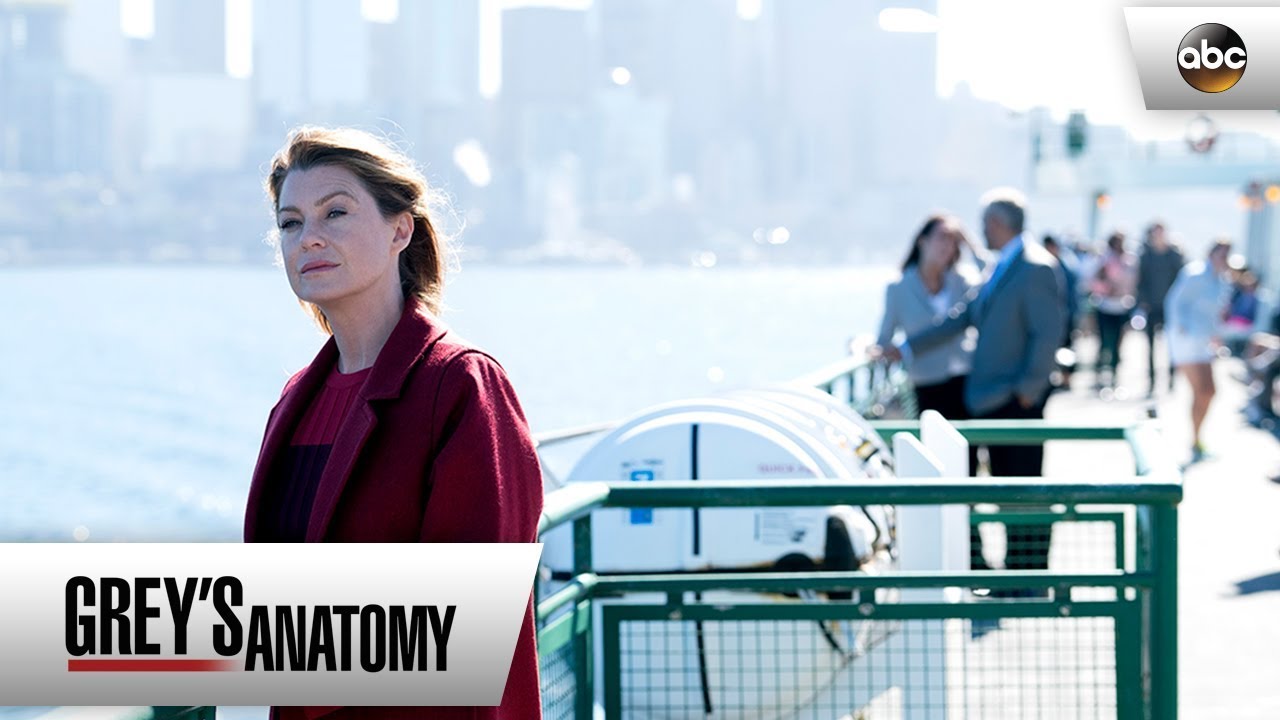 One of the most prolific television shows of all time, Grey’s Anatomy remained the staple of American primetime television for more than a decade. Running for an astonishing 18 seasons, the show chronicles the life and times of Dr. Meredith Grey as she rises through the ranks from an intern to the chief of general surgery. Arguably the greatest medical drama of all time, Grey’s Anatomy is the pinnacle of American television.

Another medical drama, Scrubs reinvents the wheel by introducing slapstick comedy and outrageous humor into the medical procedural. Zach Braff, Donald Faison and Sarah Chalke are brilliant and the show’s ‘sitcom in a hospital’ bit makes for some exciting narrative and thematic choices. Running for 9 seasons, Scrubs is a lively, buoyant series that manages to impress.

Charting the lives of four single women as they navigate love and relationships in the Big Apple, HBO’s Sex and the City proved to be an instant hit amongst the female demographic immediately upon release. With characters such as Carrie Bradshaw and Mr. Big becoming household names, the show managed to run for a whole of six seasons in addition to a couple of theatrical films as well.

Counter terrorism agent Jack Bauer is a household name thanks to 24, a riveting drama that thrust Bauer into the middle of international conspiracies, nuclear terrorism, biohazards and spy deals. Kiefer Sutherland exemplifies the grit and unflinching resolve of Bauer to perfection as he finds himself consistently in the middle of mass casualty events. 24 put a nice spin on the venerable action genre on television, taking inspiration from the War on Terror to create some really interesting storylines. 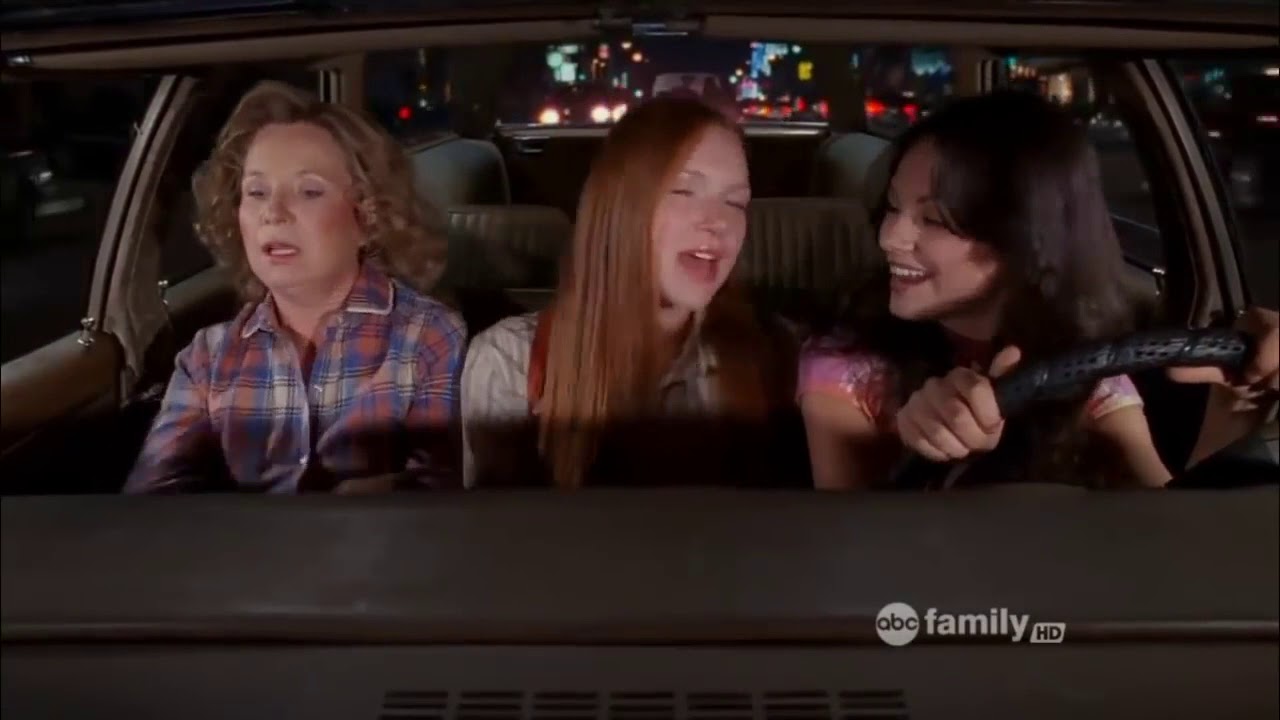 Set in the 70s and focusing on a group of friends as they navigate adulthood, romance and daily life, That 70s Show is known for launching the careers of a number of Hollywood bigwigs such as Mila Kunis, Topher Grace and Ashton Kutcher. Earnest, funny and above all, charming; the show was such a huge hit that it ran for 8 seasons. With characters that one cannot help but fall in love with, the show is known today for its irreverent humour, quirky one-liners and above all, the celebration of friendship. 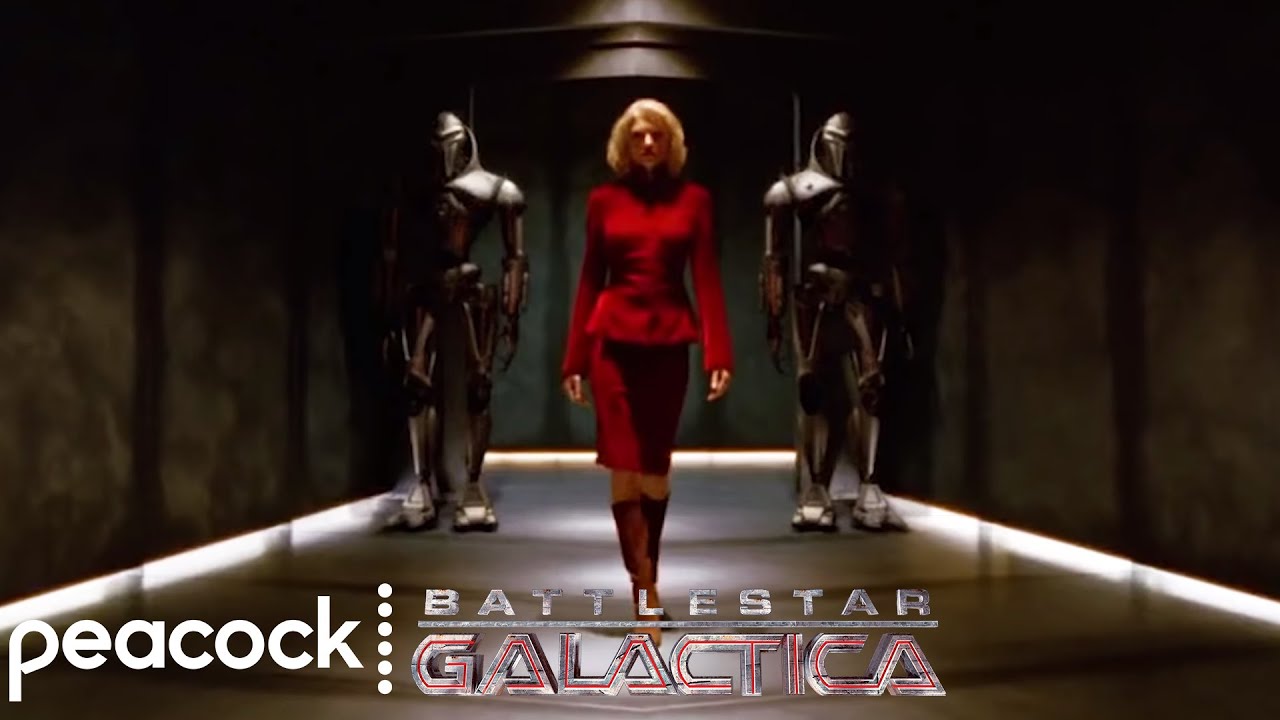 One of the most famous science fiction shows of all time, Battlestar Galactica inspired a generation. Showcasing the exploits of a group of humans on the run from a ruthless alien species, the show received heaps of praise for its deep themes, engrossing storylines and special effects too polished for cable television. Created by Glen Albert Larson, the show endures through various spinoffs and reboots that continue to this day. 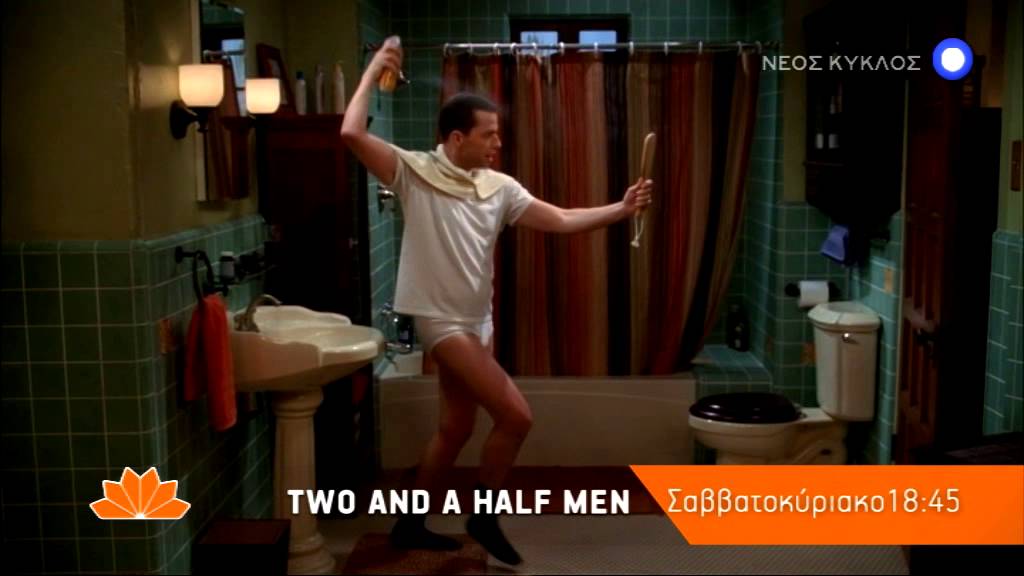 Sitcoms have been around since the dawn of television itself but Two and a Half Men dared to do something different. Starring a still in his prime Charlie Sheen and pairing him with the timid Jon Cryor as his clingy brother, Two and a Half Men is funny, charming and above all, moving. The show’s various running gags are an obvious shade at Sheen’s very public personal life but the nuanced comedy puts everything into place pretty nicely. 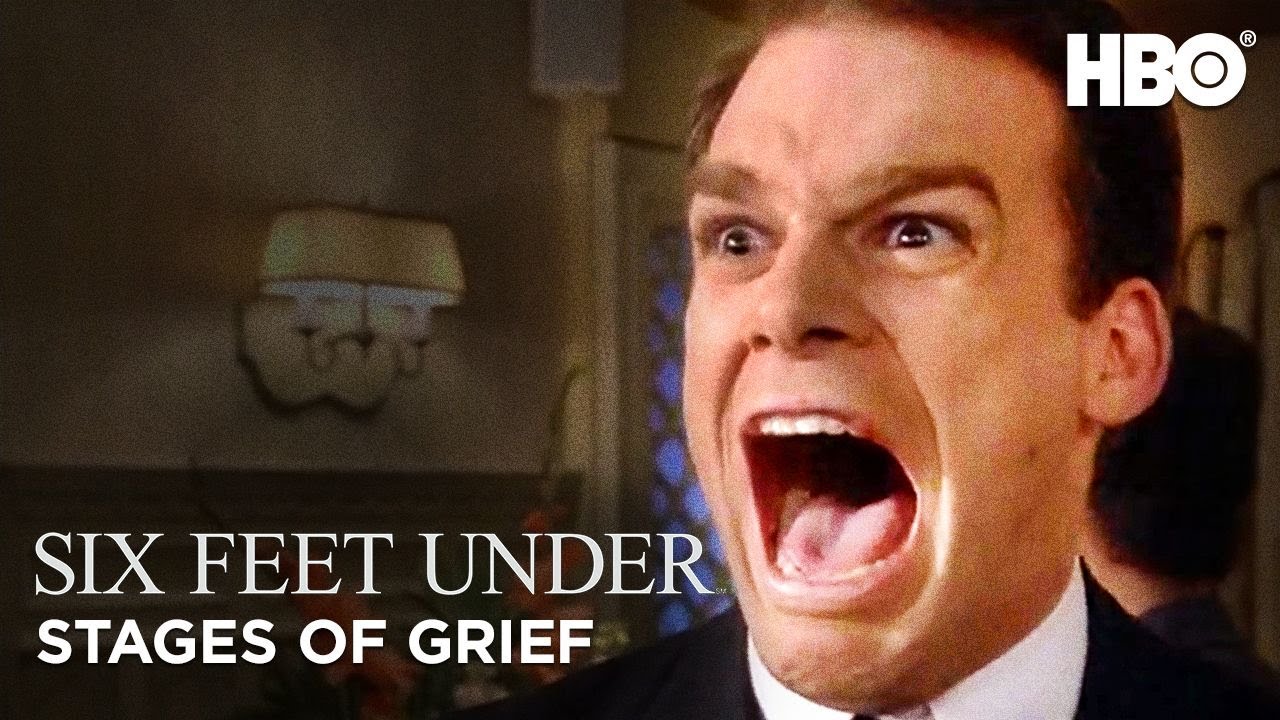 HBO is the absolute king of television and Six Feet Under is the perfect example why. The writing is genius, the characters are out of this world and the story is as random as it is unexpected. Starring Michael C. Hall and Lauren Ambrose, Six Feet Under’s poignant writing and dark humour makes for a wicked story that turns into instant classic as the show progresses on. 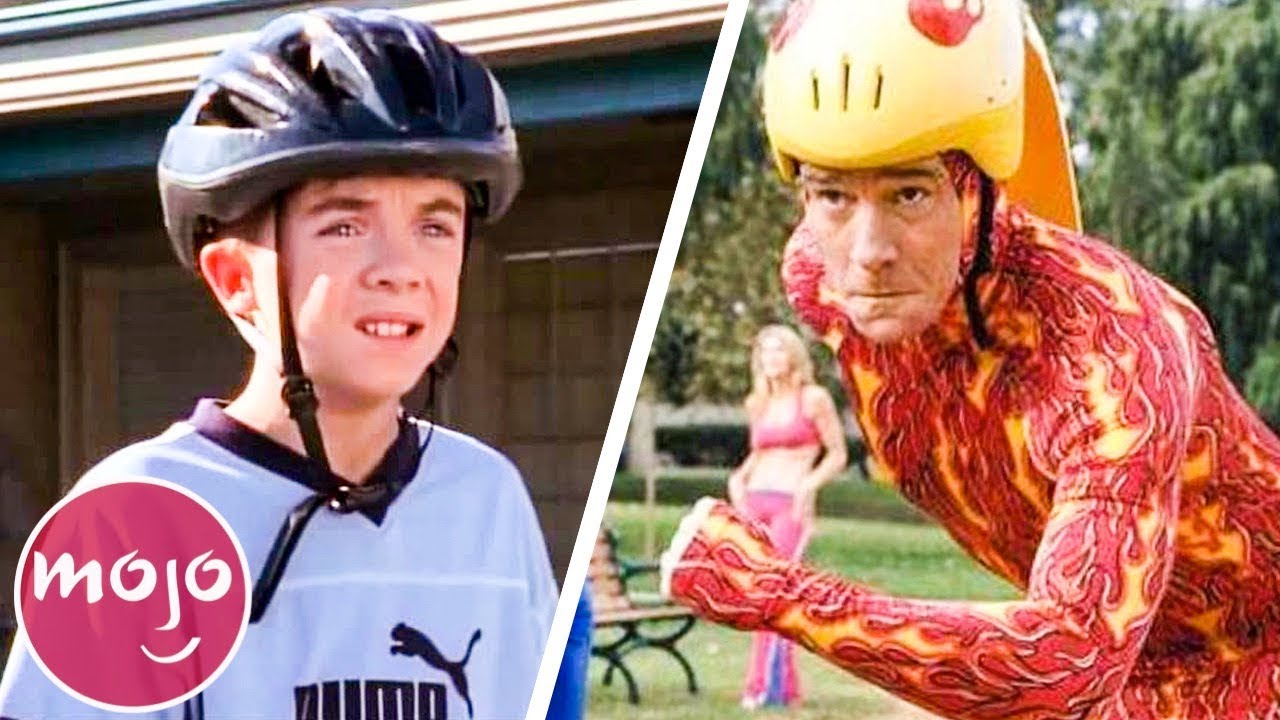 16. Malcolm in the Middle

A hilarious sitcom that gave the world both Frankie Muniz and Bryan Cranston, Malcolm in the Middle tells the story of a child with a genius IQ as he struggles to navigate both his dysfunctional family and his day to day life. Packed to the brim with gags, one liners and situational comedy, the show was a runaway hit, eventually running for 7 seasons.

A gritty cop drama that showcased the dirty underbelly of police corruption, drug abuse and domestic violence, The Shield was ahead of its time. Micheal Chiklis plays Vic Mackey, a crooked cop who has no qualms about using illegal methods in pursuit of a case. Taking inspiration from America’s war on drugs, The Shield reinvented the television cop genre, raking in acclaim for its incredible characters. 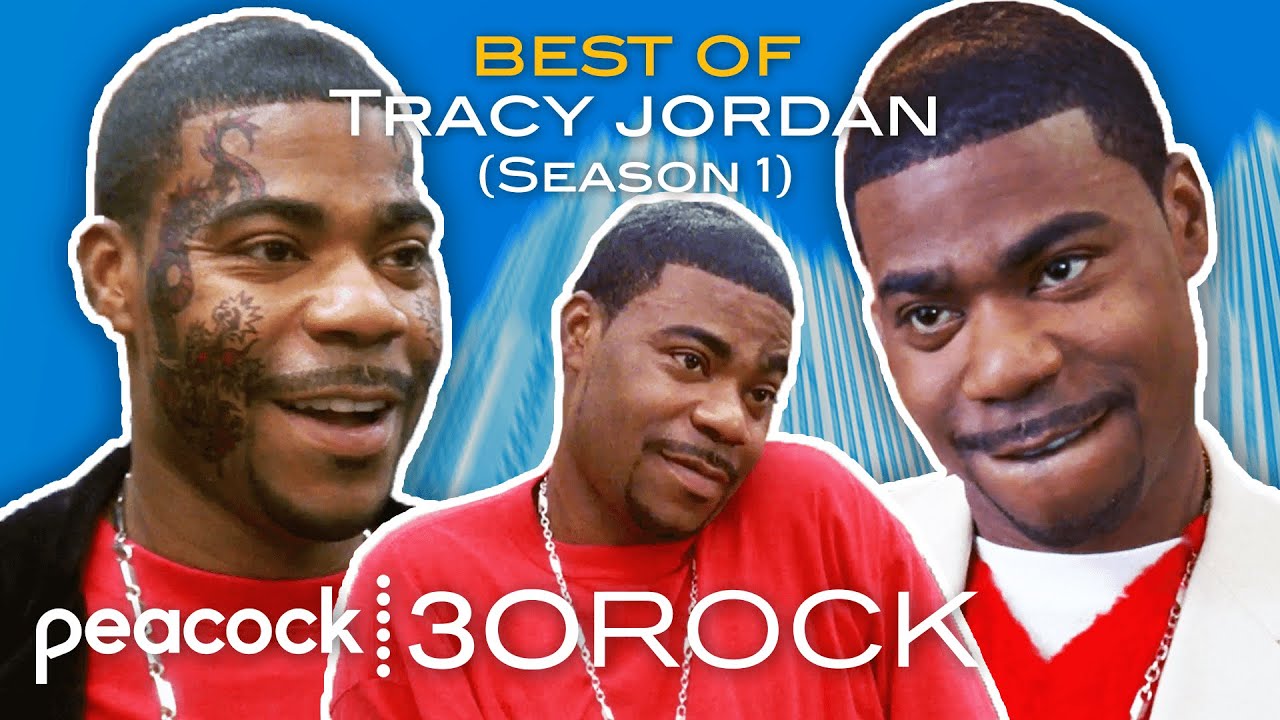 Starring Tina Fey and Alec Baldwin, 30 Rock sees Liz Lemon, played by Fey, navigate her workplace troubles as the head writer of a sketch comedy show. With sharp and witty writing, 30 Rock manages to grow out of its simple premise effortlessly. Great characters and equally great acting makes this show one of the most potent sitcoms in recent memory. 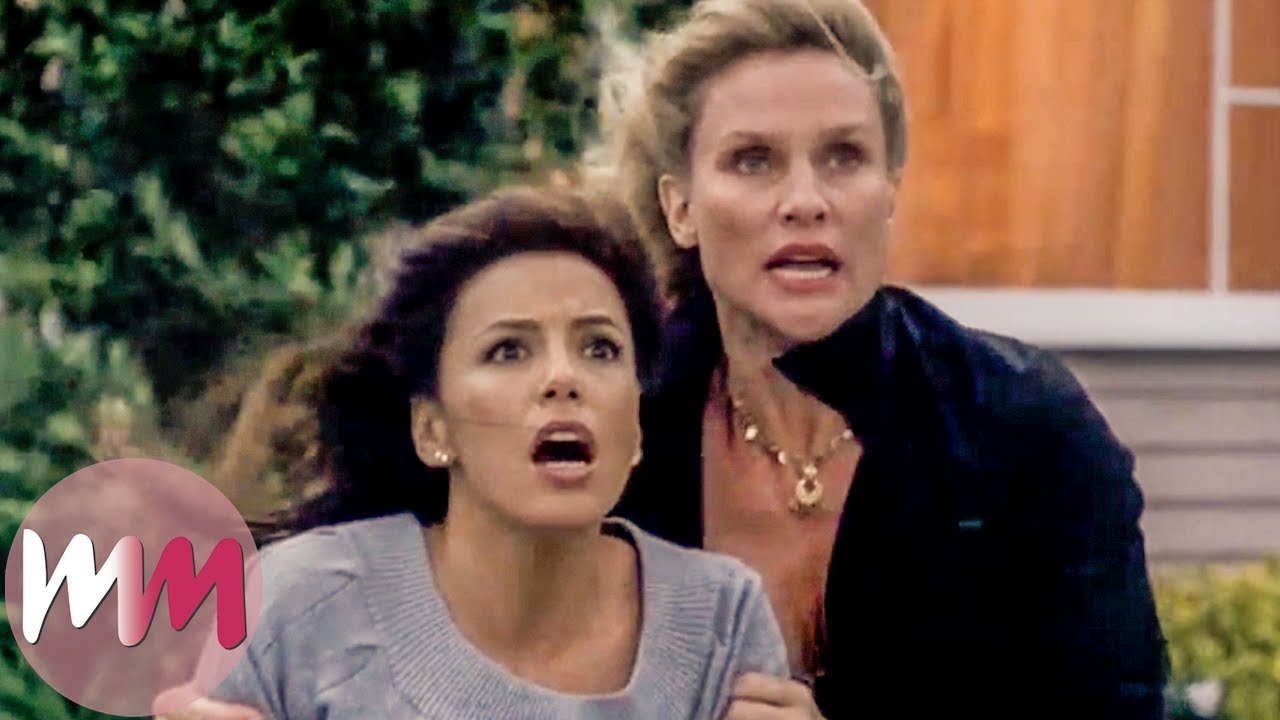 Chronicling the secrets and lies of a group of suburban housewives in Wisteria Lane, Desperate Housewives was a mystery drama that attained widespread popularity. With Eva Longoria, Teri Hatcher and Marcia Cross headlining; the show deepened its various plotlines every season, eventually resulting in an explosive finale at the end of season eight. 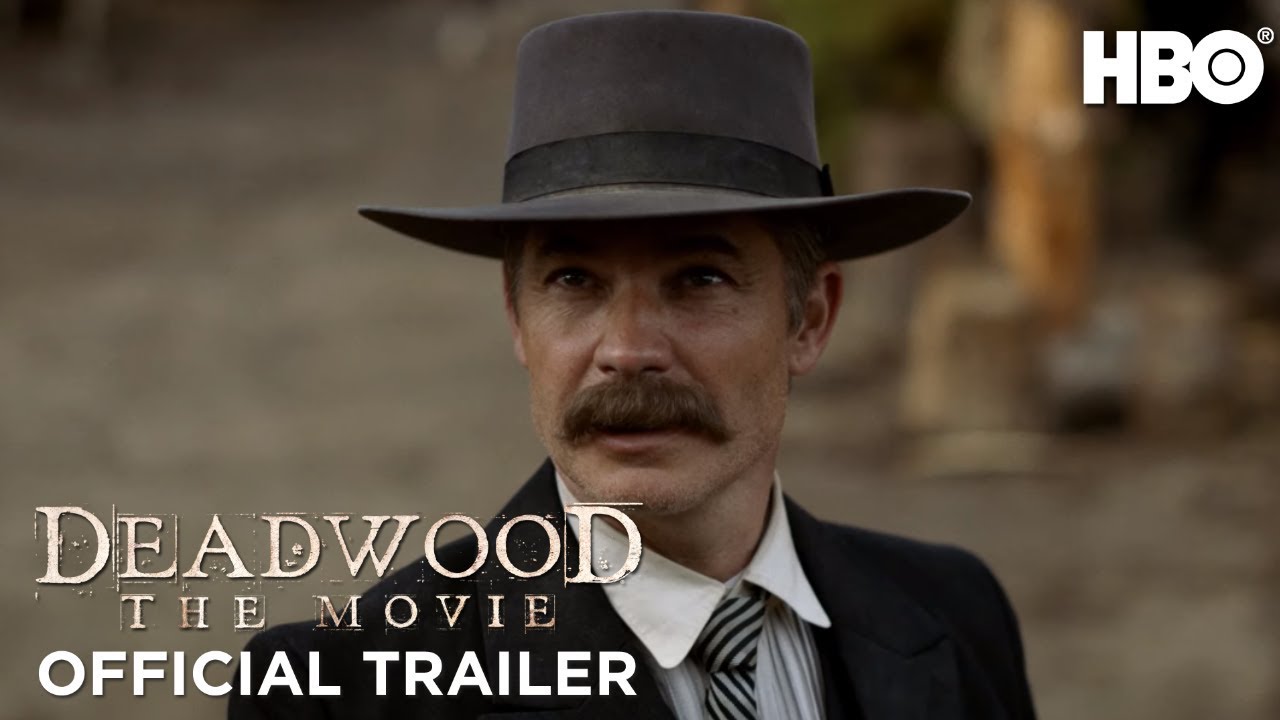 Deadwood transported audiences to a 19th century mining town in the American Midwest with civilians, criminals and lawmen all descending on the town for their own nefarious reasons. Brutal, poignant and adobe all, reflective; the show ran for a total of three seasons before abruptly ending on a cliffhanger. However, a movie released eight years later brought closure to both the characters and fans of the show alike.