While not receiving any Academy Awards or receiving any great praise in the film industry or among movie critics, hood movies have played an intricate part in American culture, often depicting another side that viewers rarely get a chance to witness. Classic films that take on a journey through America’s urban society, like Boyz N Da Hood or Menace II Society, or films that take viewers through a fictional underworld of kingpins and street bosses, like New Jack City, King of New York, and Paid In Full. Whether fictional or loosely based around a true story, or an accurate depiction of specific events, hood movies have always been that niche category in film that represented certain population. 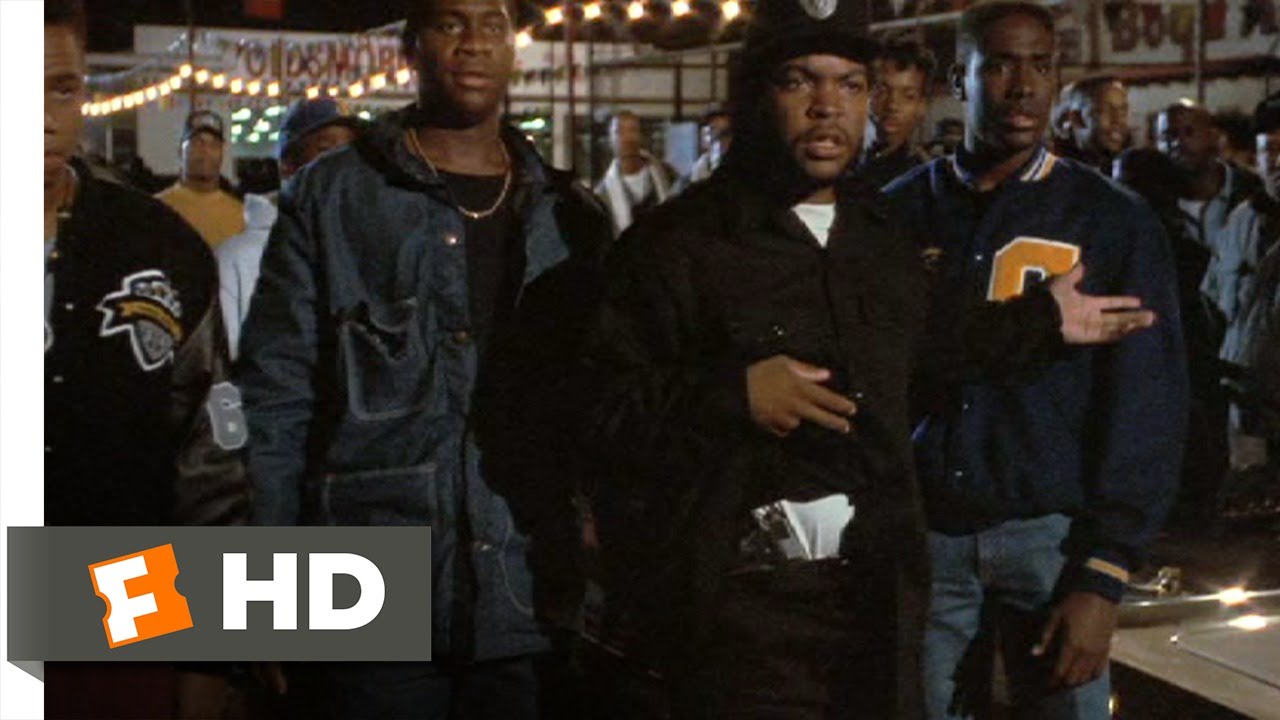 One of the best urban films of all time, John Singleton’s debut in the film industry depicted the lives of three separate individuals growing up as kids and adolescents in the streets of the Los Angeles section of South Central. Boyz N Da Hood became an instant classic in film, and not just within the urban community, as this film featured Ice Cube, Laurence Fishburne, Cuba Gooding Jr. and Nia Long. 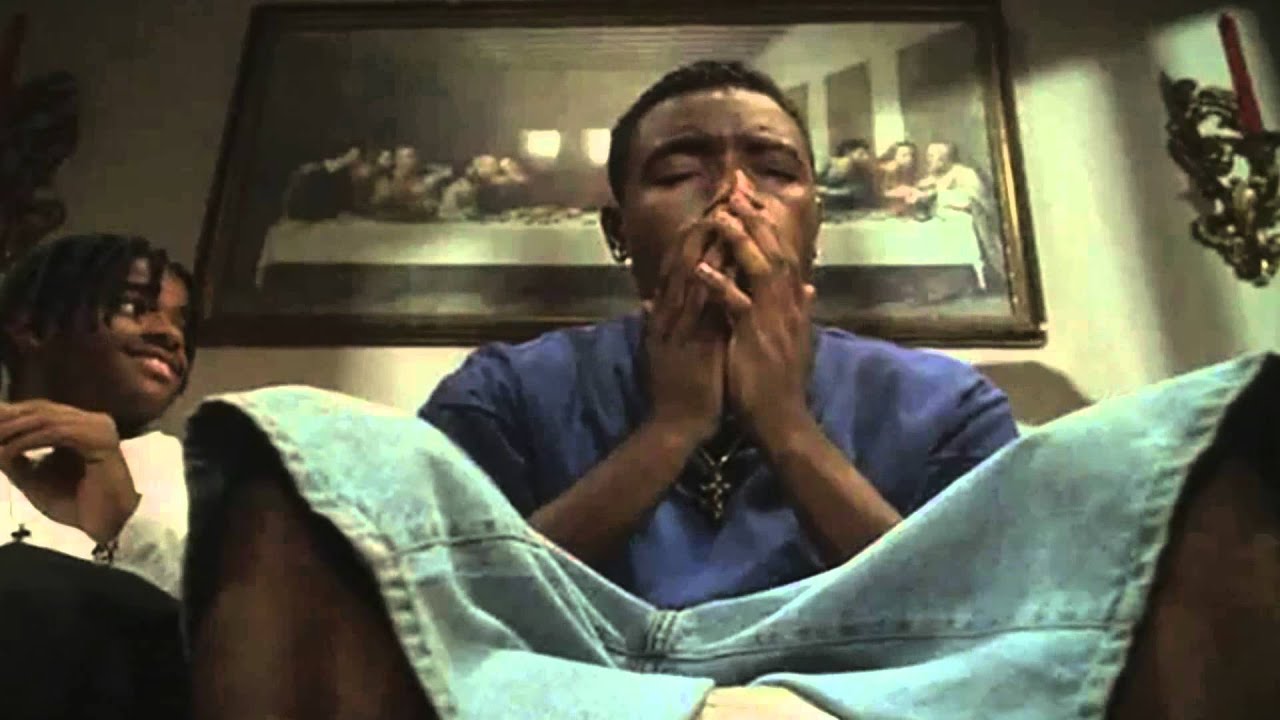 A group of friends living and trying to cope with the street life of South Central, Menace II Society showcases the struggles that individuals have with L.A.’s gang and street culture and the battles they have trying to maintain through the madness and hopefully find another way, if it is not too late. Menace II Society featured Jada Pinkett Smith, Lorenz Tate, Samuel L. Jackson, and others.

With things going from bad to worse, a group of kids living and residing in the streets of New York City have inner turmoil among themselves after a planned robbery goes completely wrong. Juice was Omar Epps and 2Pac’s first starring roles in film. 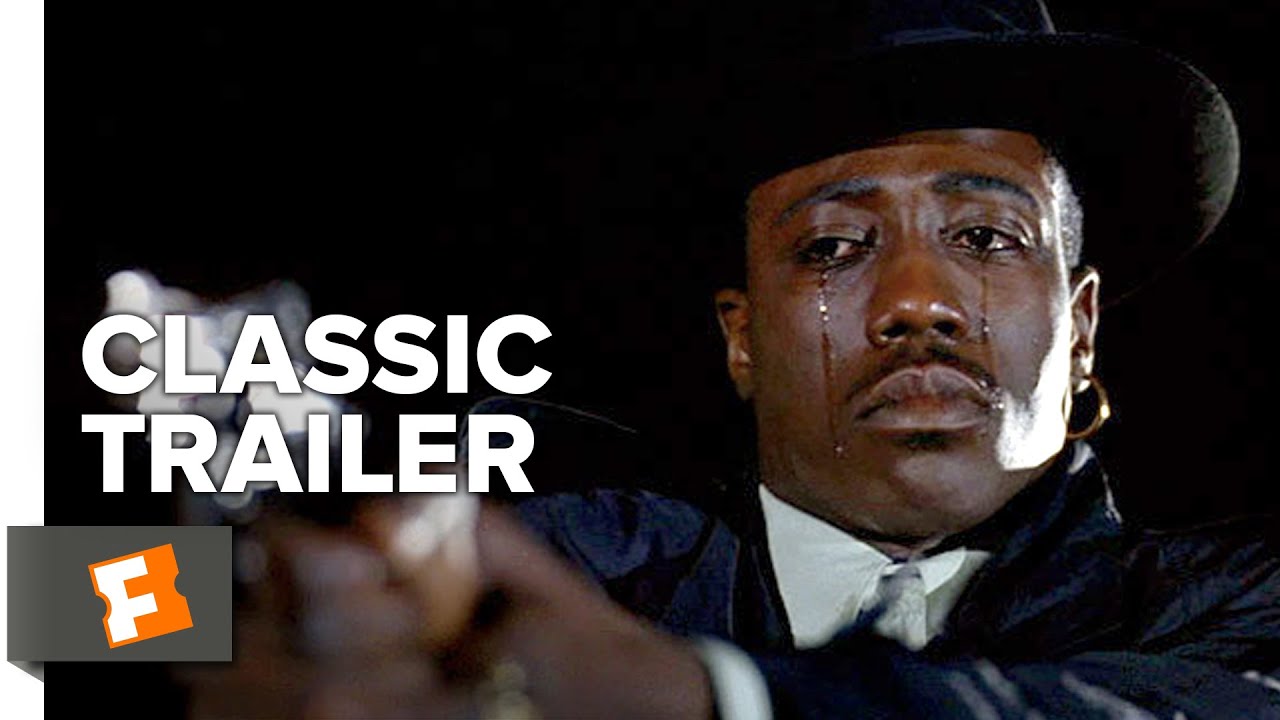 Starring Wesley Snipes and Ice-T, while also featuring Chris Rock in one of his earlier roles, New Jack City highlights a fictional drug crew, led by Nino Brown, and their massive control over the local trade. Through the infiltration of an undercover officer played by Ice-T, fans watched the highs and the lows of the drug game and the downfall of a top kingpin. 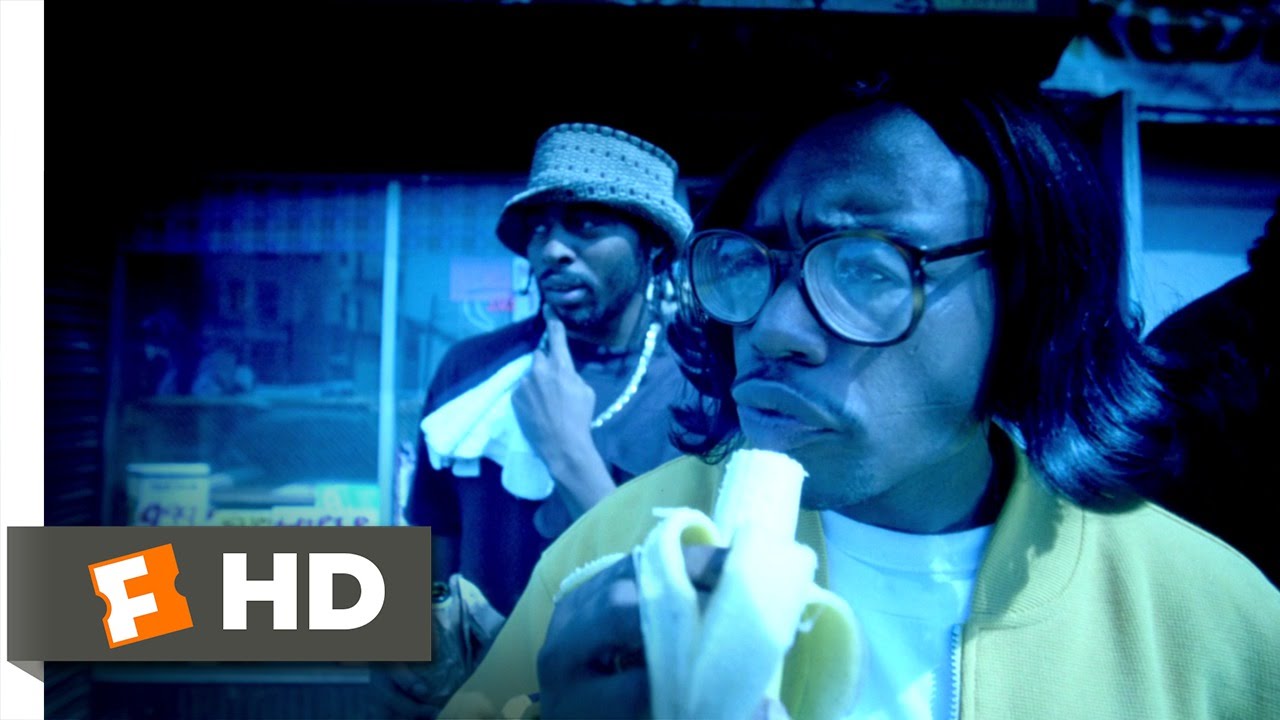 A robbing crew from Queens, New York decided to switch lanes a enter the drug game. At first they were met with much success, but when jealousy came the trouble began. Featuring and starring DMX and Nas as the lead roles, Sincere and Tommy eventually grow tired of the fast life and begin to find themselves.

One of the most impactful hood movies of all time, due to the fact this filmed somewhat glorified the life Los Angeles’ gang culture and brought the Crips and Bloods to the world. Colors followed two police officers as they tried to deal with life while working in Los Angeles’ gang infested neighborhoods.

A rag to riches story, at least briefly, as a group of four girls, played by Queen Latifah, Vicia A. Fox, and Jada Pinkett Smith, take their chances at robbing banks as a way to get back at society until their last attempt leads to tragedy. 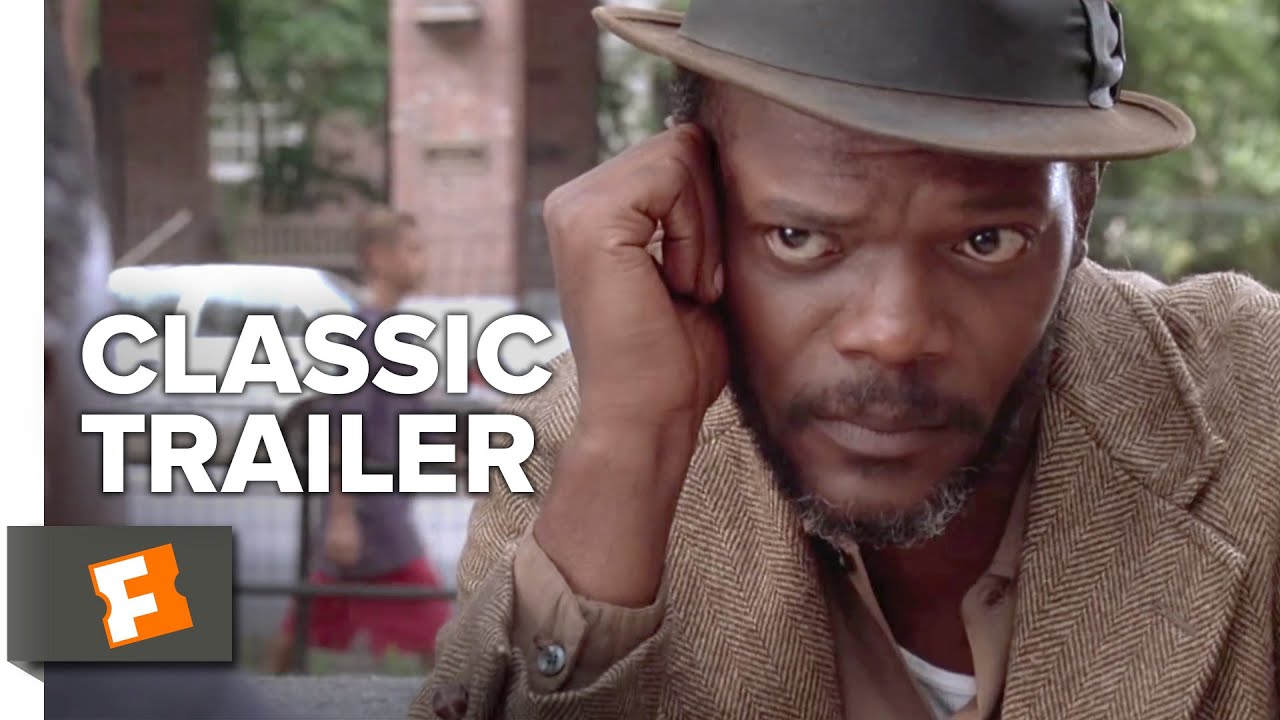 Documenting a young kid that navigates his way through the streets of New York City, while outsmarting and outwitting the toughest and the hardest, all to save himself and his family.

Frank White, played by Christopher Walken, controls everything in the streets of New York, with the help of his powerful lawyers, connections, and street goons. Frank White had the whole city in the palm of his hands, from the drug game to the city’s politics, everyone had to answer to Frank White. 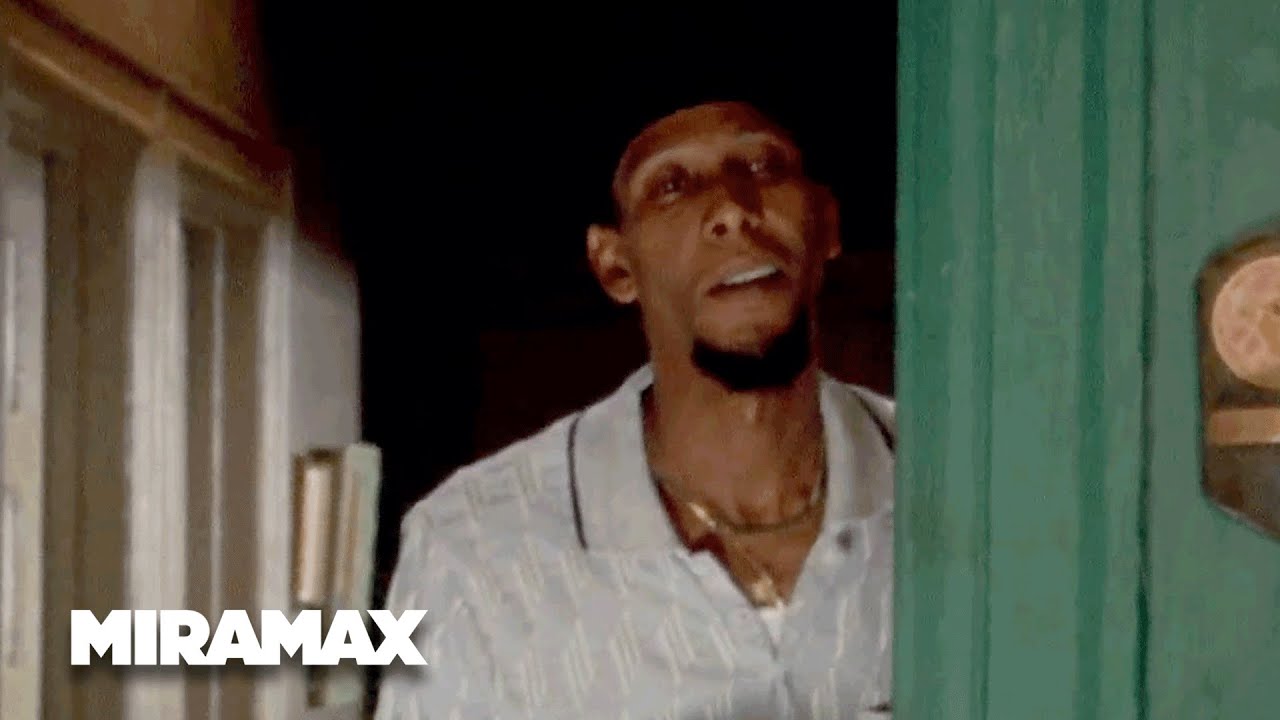 A based on a true story, Pain In Full is non-fictional movie that highlights the lives of three Harlem kingpins back in the 1980s. During New York’s crack era, there were numerous kingpins and hustlers throughout the city, Paid In Full displayed the life of three Harlem legends, Azie, Rich Porter, and Alpo.

– Baby Boy. Another classic film directed by John Singleton and featuring Tyrese in one of his most notable roles, following him and his struggles growing from a boy to a man.

– American Me. A film depicting the start and the beginning of Southern California’s most notorious gang, the Mexican Mafia.

– I’m Bout It. Starring Master P in one of the best underground hood movies that was centered around living and surviving in New Orleans’ 3rd Ward Calliope Projects.

– Deep Cover Laurence Fishburne stars in this classic as a police officer that goes too far into character, battling trying not to lose himself, while being undercover.

– South Central. A former reputable gang leader of South Central gang, came home from prison to find his son on the same path of destruction that he once was.

– Above The Rim. Where the streets meet basketball, starring the late Tupac in one of his most iconic roles, alongside Marlon Wayans, Duane Martin, Leon, and Wood Harris.

– In Too Deep. A police officer eager to make a difference gets in too deep as undercover officer, played by Omar Epps, goes above and beyond to take down kingpin named GOD, played by LL Cool J.

– Shottas A movie based on a successful Jamaican drug crew that was destined to control the streets, but find many roadblocks and obstacles on their way to the top.

– Ghost Dog. Starring Forest Whitaker as a hitman hired by the Mafia well trained in the Samurai.

– Hustle & Flow. An Oscar award winning film about a pimp trying to change his life and switch gears and make it as a rapper in the city of Memphis.

– Dangerous Minds, A teacher, Michelle Pfeiffer, tries her best to educate students who are entrapped by the their environment.

– Mi Vida Loca Another unknown classic within the genre of hood movies that follows a group of girls growing up around the gang culture of East Los Angeles.

– The Substitute A substitute teacher who discovers that there is a drug ring at his school and enlists his former military comrades to put an end to it.