Las Vegas is a city largely known for its casinos, entertainment, and a lifestyle that has given the city a moniker by the name of “Sin City”. But there is another side, a side that is just a short distance from the Las Vegas Strip, West Vegas, the heart of the Las Vegas ghetto and urban areas.

Over the years, West Las Vegas built a reputation as being the home of Las Vegas gangs and various Las Vegas hoods, but many times this has been exaggerated by the local media and by citizens who have very little ties to the community.

Bounded by Rancho Drive (Hwy 95) and Interstate 15, on the east and west, West Las Vegas is its own small city, in which has had its moments of success and its moments of trouble and conflict.

The community changed after the city of Las Vegas began to end segregation and allowed the city’s black population to occupied other businesses and establishments outside of West Vegas, while also allowing them to live in other communities.

By the 1970s, the Westside was completely different from its early days as a new era had entered the community, somewhat changing the culture of West Vegas.

A new generation of the 1980s, 1990s and 2000s led to the rise of Las Vegas gangs like the Gerson Park Kingsmen (GPK), who were originally referred as the Ace of Spades, a large gang in West Las Vegas that resided in the former Herbert Gerson Park housing project. 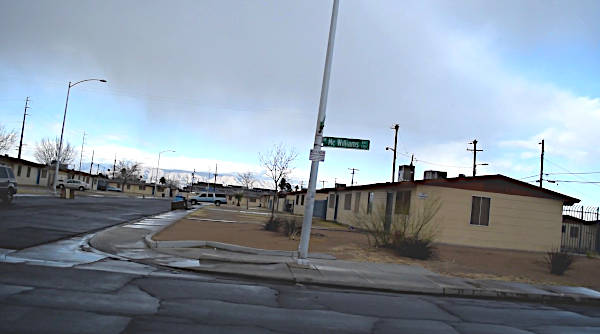 Even after the Herbert Gerson Park projects were demolished during the late 1990s, the Kingsmen reign throughout Las Vegas, and not just the Westside, as their conflicts with Crip City and other Las Vegas gangs was broadcasted across the region.

While Gerson Park was the most known and had the fiercest reputation within the Las Vegas ghetto, other sections like The Coast (Marble Manor), the old Madison Terrace projects, the Jetz (Sherman Gardens) and the once historic area of Berkeley Square, known as Burgunday Square, had become well familiar, especially with their affiliation with Bloods.

North of Lake Mead Boulevard is Las Vegas gangs of the Crips in areas and ‘hoods like Crip City, Valley View, Vegas Heights, or the States (Regal Estates), all having their own reputations within the streets of West Vegas.

Neighboring West Vegas are the streets of the East Side and the North Las Vegas ghetto, or North Town. Both are large communities of Mexican and blacks with hoods like the infamous Donna Blocc, which shows how Las Vegas gangs have never been limited in one area or section of the city.

*The above Las Vegas Hoods Map is Not Created by KultureVulturez.com

Before local politics helped with the decline of the Westside, African-Americans built a community that they were forced to reside in, mostly due to redlining and being forbidden from living and opening businesses in any other section of the city other than West Vegas.

Originally, black families arrived in Las Vegas between the 1930s and 1960s with the help of employment opportunities with the construction of the Hoover Dam and opportunities in the local casinos, restaurants, and hotels.

Much of the city’s West Side was constructed during the 1950s, but the community has been around since the beginning of the 1900s. The neighborhood’s early days had white families living nearby, with Highland Avenue (M.L.K Blvd.) being the racial dividing line. 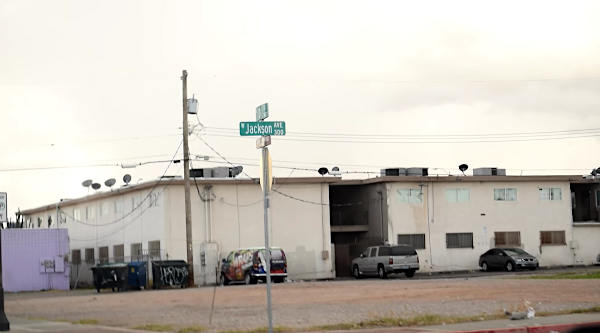 By the 1950s, through segregation and discrimination, the community of West Vegas was well established as Berkeley Square, Jackson Avenue, and F Street became the center for Las Vegas’ black population. An area that had numerous black businesses and entertainment establishments, like the legendary Moulin Rouge.

Even with famous black entertainers performing on the Las Vegas strip, outside of their paid performance, segregation only allowed them to entertain themselves in West Vegas as the neighborhood became so popular that even white people would occupy the businesses and nightlife of the area.

After segregation ended, West Las Vegas changed as many African Americans left the community and did not continue to occupy the local black owned businesses of the neighborhood.

By the 1970s, the West Side was completely different from the days of the 1940s and 1950s. The area began to lack community owned businesses, entertainment, and resources, with no comparison to the community’s early days.

With a rising population of over 2.2 million people in Las Vegas’ Clark County, the Las Vegas black population accounts for almost 13% of the total population. While the black population has been on a rise, Las Vegas has become a transplant city, meaning the community is filled with people who were born and raised in other cities.

People from California and cities in others states have been populating the communities of Las Vegas. Areas like North Las Vegas, the East Side, or even Paradise, as the cost of living in Las Vegas makes “Sin City” one of the most affordable places on the West Coast. 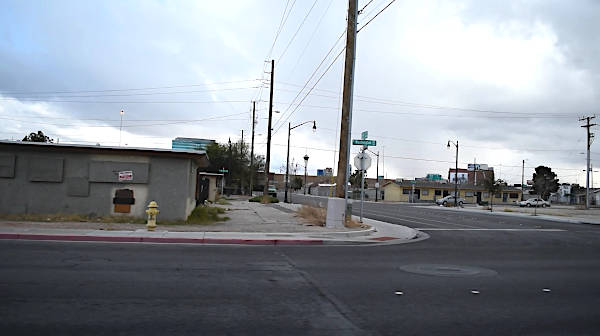 The West Vegas community is still well intact, minus the demolishing of a couple old housing projects, even though many African-Americans in Las Vegas have outgrown the small neighborhood of West Side by establishing their home elsewhere.

While the neighborhood of the city’s Westside experienced slum clearance and urban renewal during the 1940s and 1950s, which demolished homes to make way for highway construction and housing projects, it is currently unknown if gentrification will impact the Westside.

From the days of thriving black businesses and entertainment, to the days of Las Vegas gangs running and controlling the streets, today’s Westside is completely different from previous generations, but there still are remnants of past eras.