Get to Know the Accomplished Lyricist

A lyrical genius and someone who has truly masterminded the original intent of what hip hop music was supposed to be. An artist that brings out thought and that can make you conscious about your actions, explains the very accomplished hip hop artist out of the city of Baltimore by the name of Wordsmith.

From being one of the few African-Americans to conduct an orchestra to teaching music abroad in a dozen countries to producing music for top networks like Netflix, ESPN, WWE, AMC, 2K Sports and Nintendo, and not to leave out his philanthropy work through his non-profit organization, Wordsmith is a man, as he states, that “just wants to be remembered as someone who exhausted his soul in pursuit of helping others while setting an example for our youth via my passions in life.”

Bitter•sweet // adjective: “Pleasant but including or marked by elements of suffering or regret; positive and negative at the same time.”

Prior and during this pandemic, Baltimore’s multi-hyphenate Wordsmith recorded “Bittersweet,” his latest album mimics the never-ending tug of war of life. The listener is fed a bitter dose of reality followed by a sweet rebuttal on the proceeding song. A consistent ordering of melodies, storytelling, thunderous production and some intellectual content are all covered on “Bittersweet.” 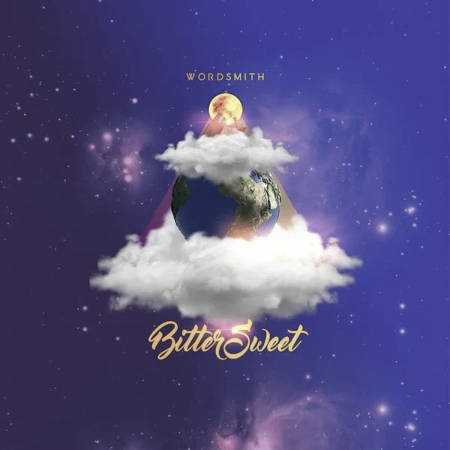 Get to Know Wordsmith

Kulture Vulturez: What initially led you into the world of music?

Wordsmith: I was an athlete before a musician and was blessed to get a football scholarship to Morgan State University. Later I would transfer to Salisbury University to finish up my studies and football before heartbreak struck. In the second game of my junior year I tore my meniscus and continued to play on it the rest of the season. This decision put me on a year long recovery going into my senior year, so my chances of playing professional football on any level were gone. It was then I leaned back on the advice of my Mother; she would always stay in my ear about doing music or acting since I showed promise in both as a kid. I was just stubborn and loved football, but needed to trust the process. Hitting a crossroads with Football was a blessing in disguise because I don’t think music would have come in the picture if Football had a future for me.

Kulture Vulturez: What’s some of the music you grew up listening to? Does Baltimore have any old school hip hop artists?

Wordsmith: My dad loved Parliament and Funkadelic so I would hear them alot growing up. When it came to Hip Hop I was a big fan of A Tribe Called Quest, Redman, EPMD, Nas, K-Solo, Das Efx and Eric B & Rakim to name a few. When I think of old school Hip Hop in Baltimore I think of Caddy tha Don, Tim Trees, Minlus & McCracken and Bossman to name a few.

Kulture Vulturez:  How can you explain your style of rap? Does your name Wordsmith have something to do with your style?

Wordsmith:  I like to call my brand of Hip Hop “Conscious Commercial.” Any song I write has to have a message followed by the catchy elements you normally hear in commercial music on the radio. My name Wordsmith comes from two things: My ability to keep my word and how I put words together in a song. I’m a songwriter first and foremost so I write in the formats of Hip Hop, R&B, Pop, Vocal Jazz and Classical…that’s a Wordsmith.

Kulture Vulturez: How did you get involved with the Baltimore Symphony Orchestra, and what has that experience been like?

Wordsmith: I would say fate played a part in me working with the Baltimore Symphony Orchestra. I was booked to perform at the inaugural Light City Festival along with the Baltimore Symphony Orchestra in 2017. Tonya Robles, VP and chief operating officer of the BSO, was seated at the same table as me during a press event for the festival. We started talking and quickly found out we both had an interest in entering one another’s world. The BSO wanted to increase there outreach to the black community, while also bringing more diversity into the Meyerhoff Symphony Hall. My first event with the BSO ended up being a re-interpretation of Camille Saint Saens “Carnival of the Animals.” I urbanized the piece while also updating it to more relevant times. This kicked off several more events like hosting the GALA, writing a re-interpretation of Beethoven Ninth, Ode to Joy, Twas the Night Before Christmas and some original pieces that have debuted or will debut in 2022.

Kulture Vulturez: What are some other achievements in music you can share? What means the most to you, or surprised you the most?

Wordsmith: One of my biggest achievements is performing and teaching in 11 different courtiers around the world from 2016-2019. I’m a Grammy voting member, written music for major networks like Netflix, ESPN, WWE, 2K Sports and Nintendo. Earlier this year I was selected to do a TED Talk in partnership with John Hopkins University and started my non profit called “Rise with a Purpose.”

Kulture Vulturez: Viewing your YouTube channel seems you’ve traveled much abroad, what have you learned from those experiences?

Wordsmith: The main thing I’ve learned is music is a universal language. It might be the main bridge between culture and allows us to communicate without speaking the same language.

Kulture Vulturez:  The album Bittersweet, what’s the meaning behind it and what can listeners expect from it?

Wordsmith: I only write albums that mimic our day to day life so this was the next evolution in that series. For “Bittersweet” I wrote 5 bitter songs and 5 sweet songs. The listener is hit with a gritty and dark song followed by an uplifting record. It mimics the emotions we go through on a day to day basis. Within 24 hours you could have some real bitter things happen in your life and then 5 minutes later something positive can happen. I was meticulous with the production and content so it accurately depicted the bitter and sweet emotions of life. Once again I’m working on that guideline of conscious commercial music so even if your not into the message, the music is enjoyable from a creativity standpoint.

Kulture Vulturez: Are there other things outside of music that you have your hands in that you’re able to share?

Wordsmith: Non-profit, entrepreneurial, etc. In June of 2020 I opened up my non profit “Rise with a Purpose.” We are an music and arts based organization that also works with the homeless and youth sports. Our first big project is opening a permanent music in Baltimore City. Right now, the public school system doesn’t offer music, so my non profit is hoping to fill that void. During our first major fundraiser with essential oil company doTERRA we raised over $30,000 from a match campaign to get the school off the ground. Please feel free to visit RisewithaPurpose.com to read our proposals and donate to a program your passionate about. My other business is an entertainment company called NU Revolution. I currently have 5 acts signed to my label with three of them being international. You can check them all out at NURevcamp.com

Kulture Vulturez: How do you want to be remembered as when it’s all said and done?

Wordsmith: I just want to be remembered as someone who exhausted his soul in pursuit of helping others while setting an example for our youth via my passions in life.

Kulture Vulturez: Anything else you would like for the people to know?

Wordsmith: Please feel free to check me out at Wordsmithmusic.com and give my new album “Bittersweet” a spin the next time your riding around the city: https://ingroov.es/bittersweet-9n4xy