List of the Best No Limit Albums of All-Time

No Limit Records was a small company from the city of New Orleans that had the year of 1998 on lock in the rap game as Master P and the large roster of No Limit artists changed the music industry forever with Master P’s friendly deal with Priority Records that made him one of the richest music executives of all time.

The peak years of No Limit, basically during the late 1990s, the record label would produce and create numerous classics through artists like Master P, Snoop Dogg, Mystikal, Soulja Slim, C-Murder, and others. In no particular order, view as we quickly breakdown the best No Limit albums of all-time. 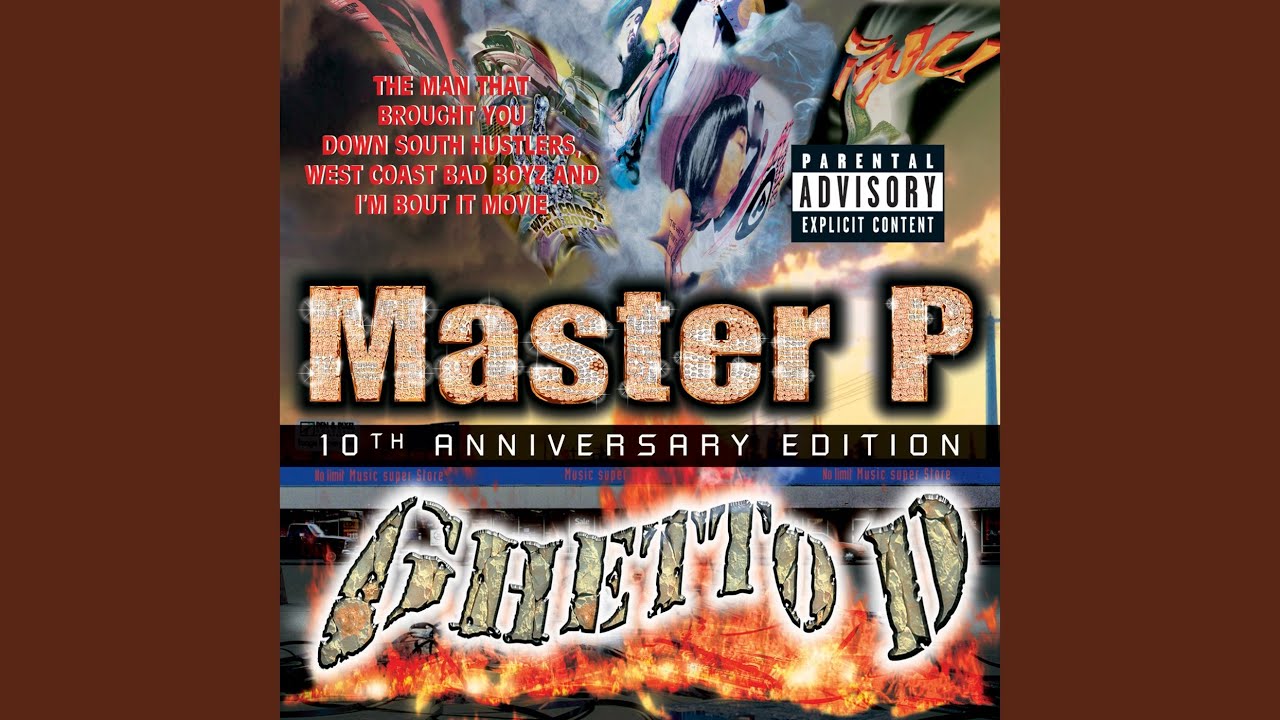 This was the album that was the beginning of an era of dominance by No Limit Records in hip hop and in the rap game. Released during the fourth quarter of 1997, Ghetto D became known for the hit single “Make Em Say Uhh,” as well fan favorites like “Bourbons & Lacs,” “Captain Kirk,” and “I Miss My Homies”. This album was also an introduction to the rest of No Limit’s roster. 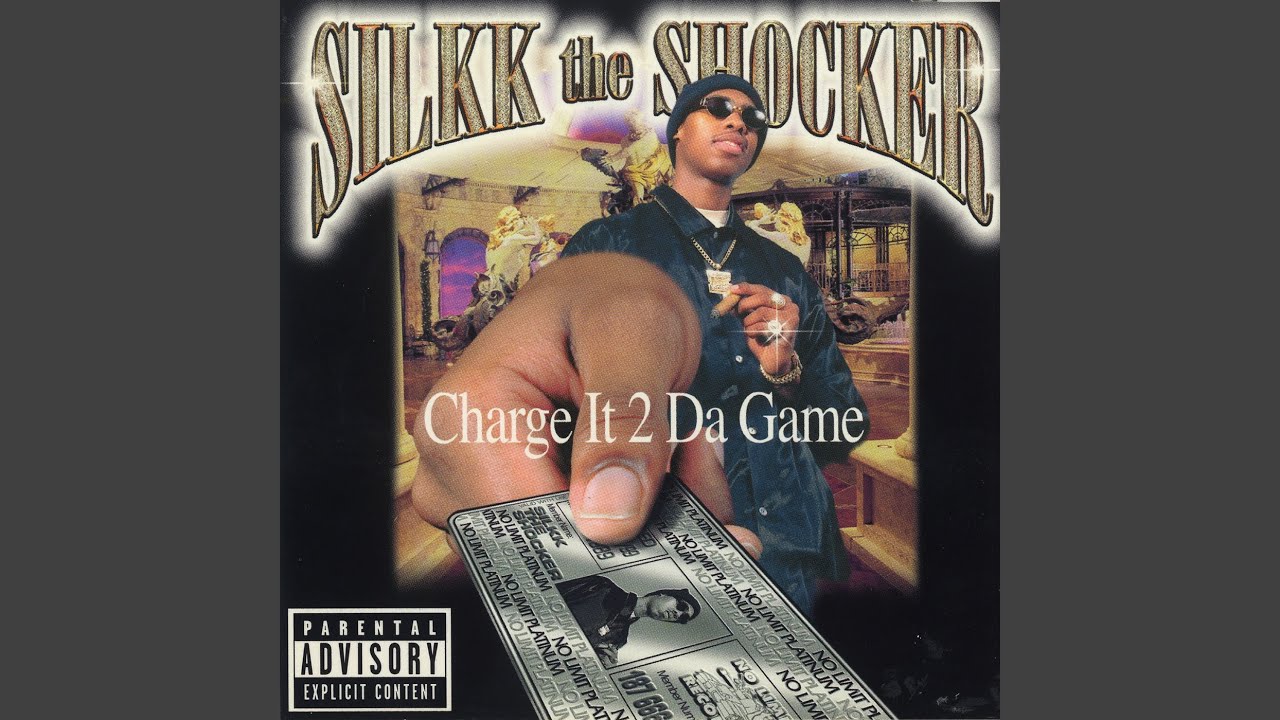 With star studded features from Destiny Child’s to Snoop Dogg, before he joined No Limit Records, to EightBall, this is one of the best selling No Limit albums of all-time, while peaking to the top of the music charts. This album featured the best all-time soldier song, “I’m a Soldier,” as well songs like “It Ain’t My Fault,” “If I Don’t Gotta,” and other classics. 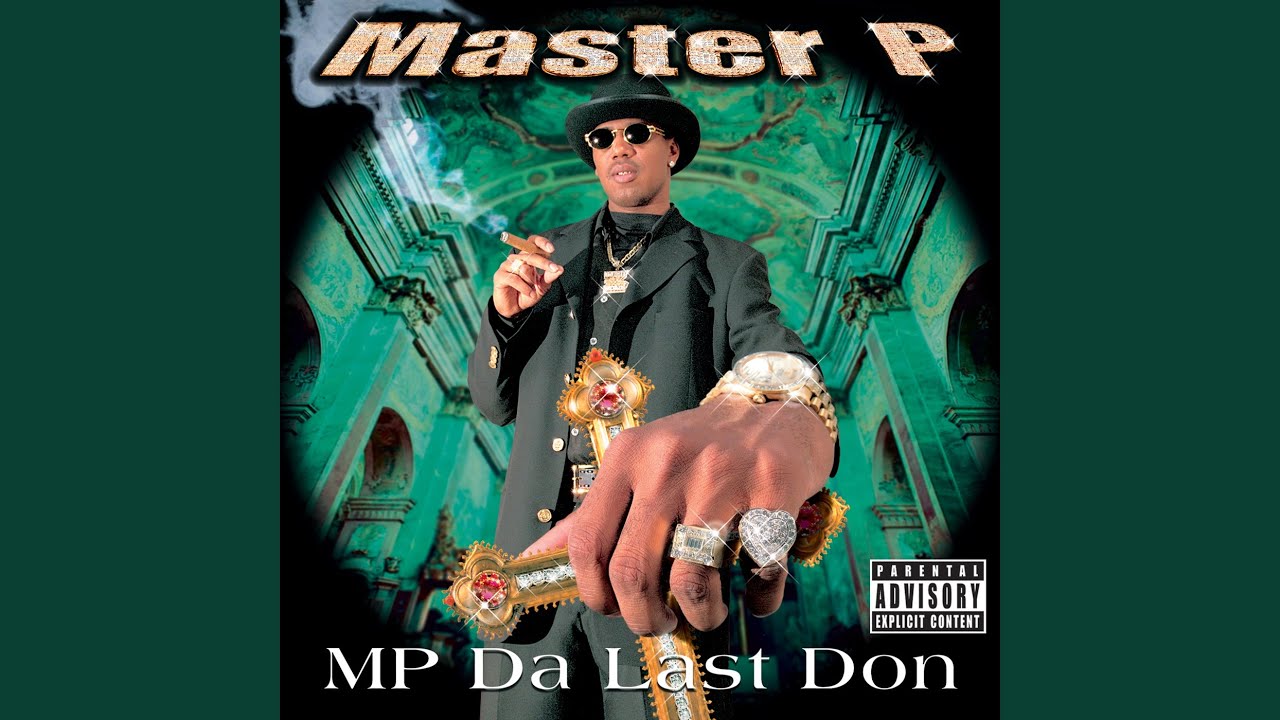 In what was supposed to be Master P’s last album, this double disc project was a compilation of classic No Limit hits. From “Black and White,” which touched on being black person in today’s society, to the street symphony of “Streets Keep Me Rollin,” to tracks representing for the ladies like “Hot Boys and Girls” and “Thinkin Bout U,” to club bangers like “War Wounds.” With this being his last album, Master P made sure that he was going to out on top with one of the best No Limit albums of all-time. 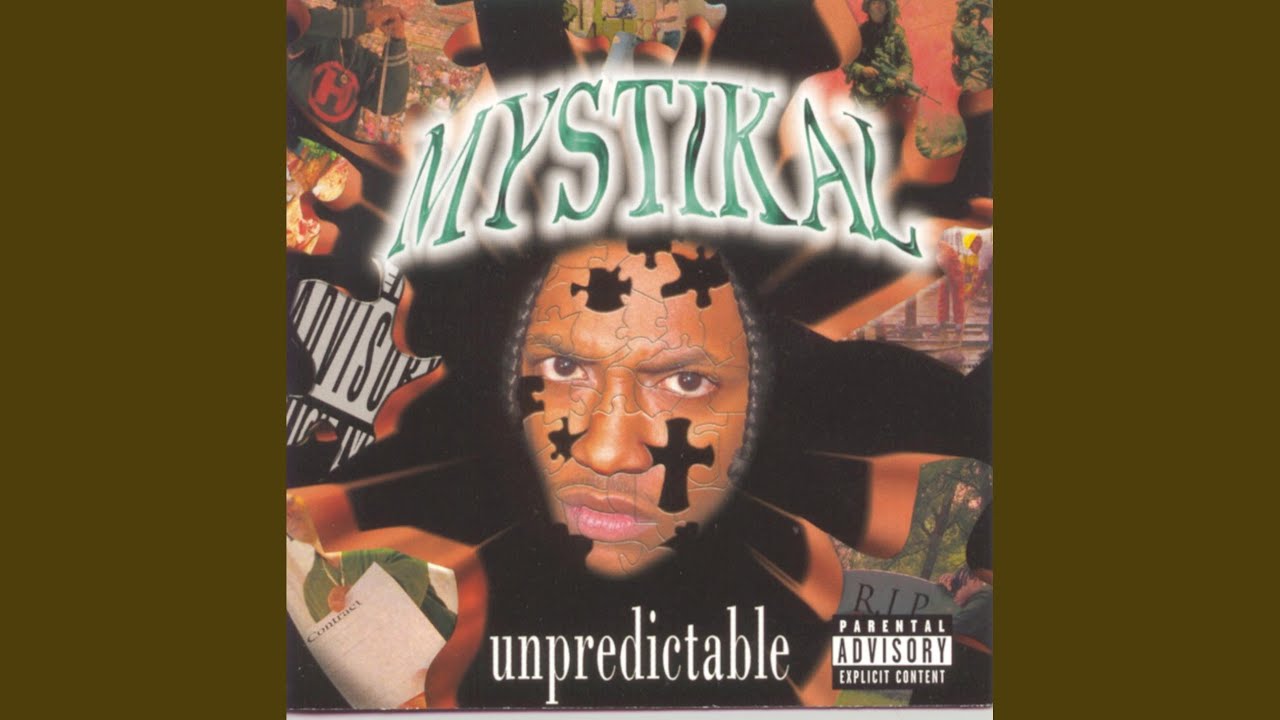 Released during late 1997, Unpredictable was an instant classic, especially with the backing of one of Mystikal’s biggest hits to date in “The Man Right Chea.” Mystikal’s Unpredictable was his first No Limit release after coming to the label from Big Boy Records. Unpredictable was well above the recent standards of previous No Limit albums, as this follow up to Master P’s Ghetto D helped solidify No Limit’s stance in the rap game. 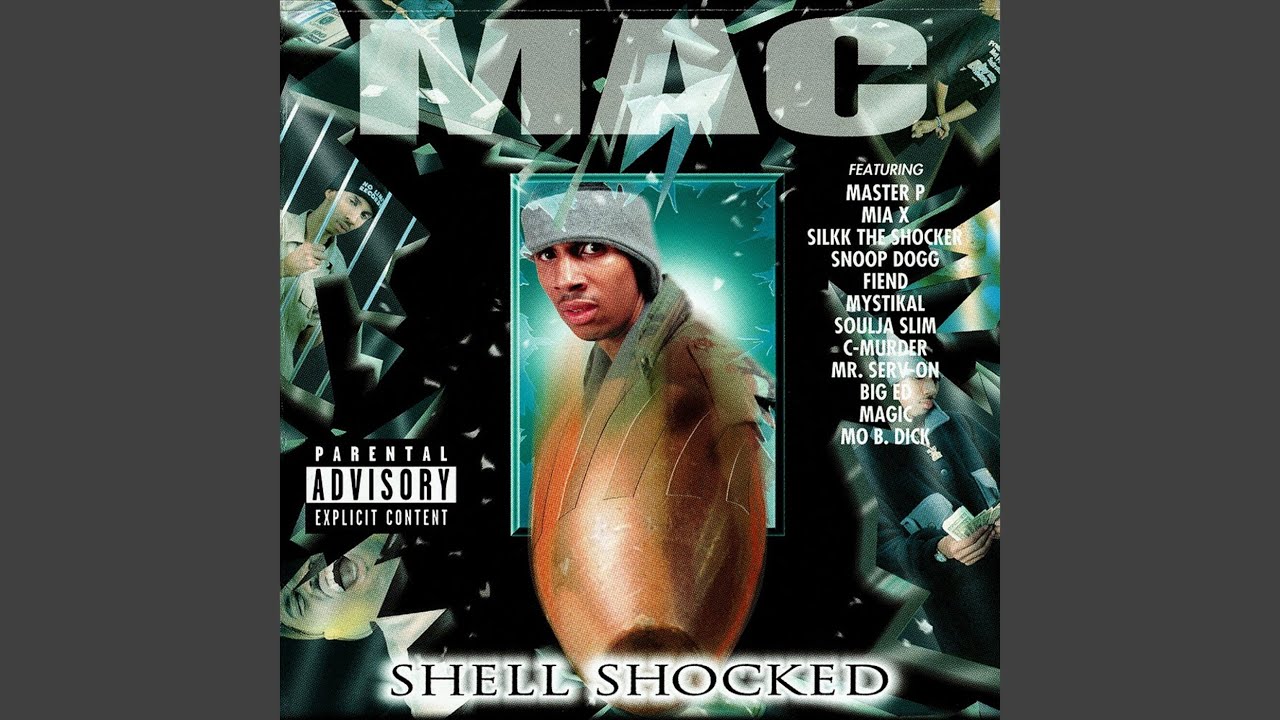 One of the South’s all-time lyricist, Mac debut on No Limit in 1998 with the Shell Shocked classic. Listening to the album one would hear some of No Limit’s all-time popular songs, like “Boss Chick,” “Be All You Can Be,” “Can I Ball,” “Tank Dogs,” “Slow Ya Roll,” and more, as this album was an instant southern classic. 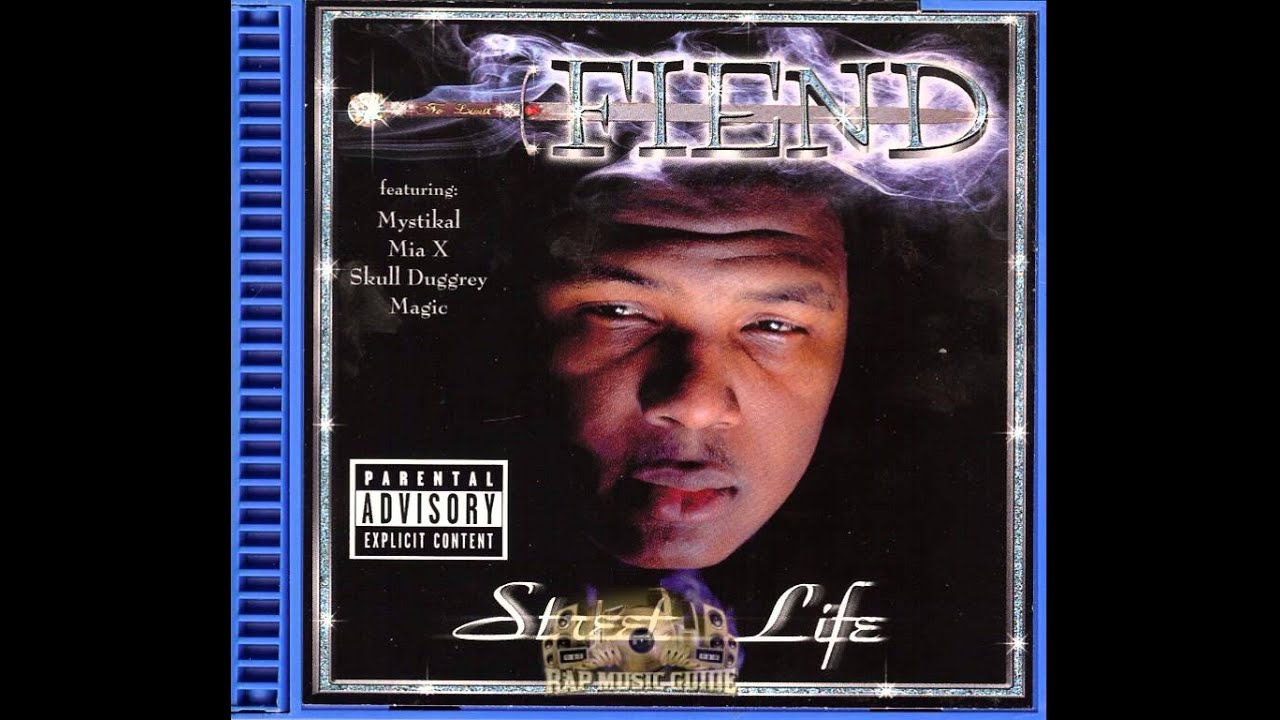 Hands down one of the greatest southern albums ever recorded. Street Life was a well thought out song making process of club hits, like “Talk It How I Bring It” and “Mr Womp Womp” and street classics like “Heart of Ghetto Boy,” “War 4 Reason,” and “I Was Placed Here.” 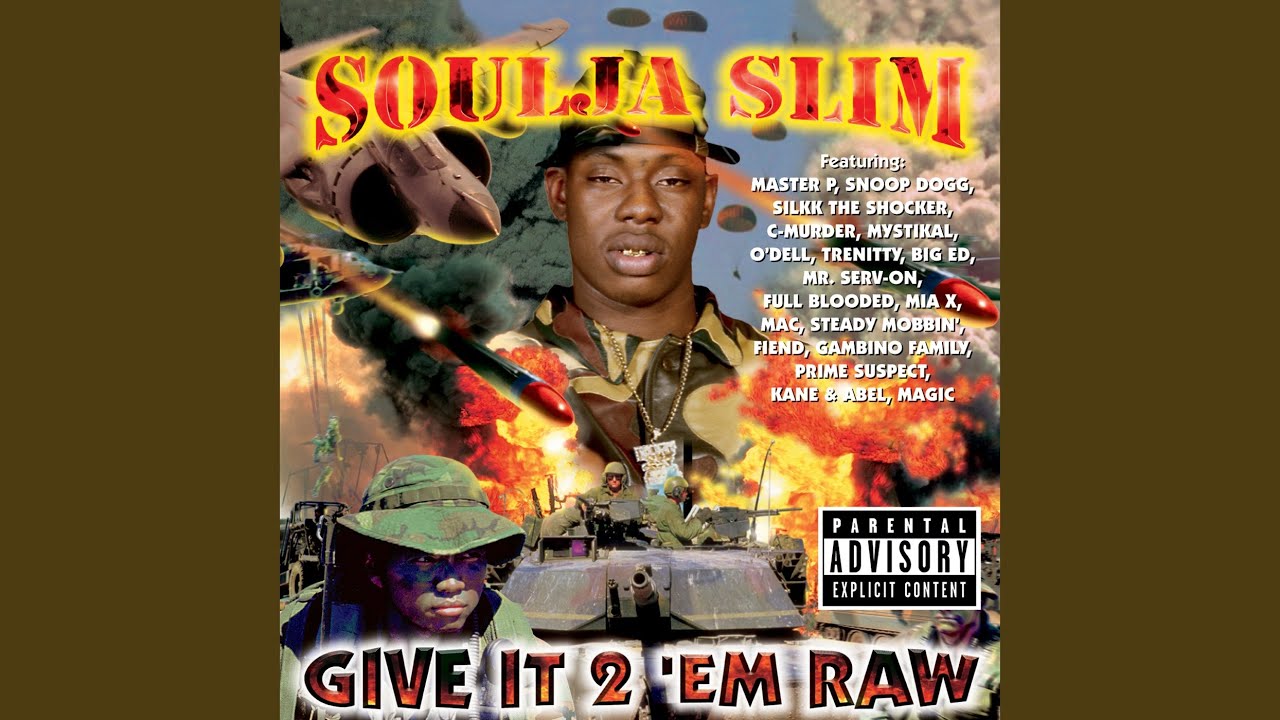 Soulja Slim – Give It 2 Em Raw

This was Soulja Slim’s introduction to No Limit as he would later become viewed as the 2Pac of New Orleans with his very raw and street related music that truly represented the city. Give It 2 Em Raw was the perfect showcase of the artist that was formerly and locally known as Magnolia Slim. 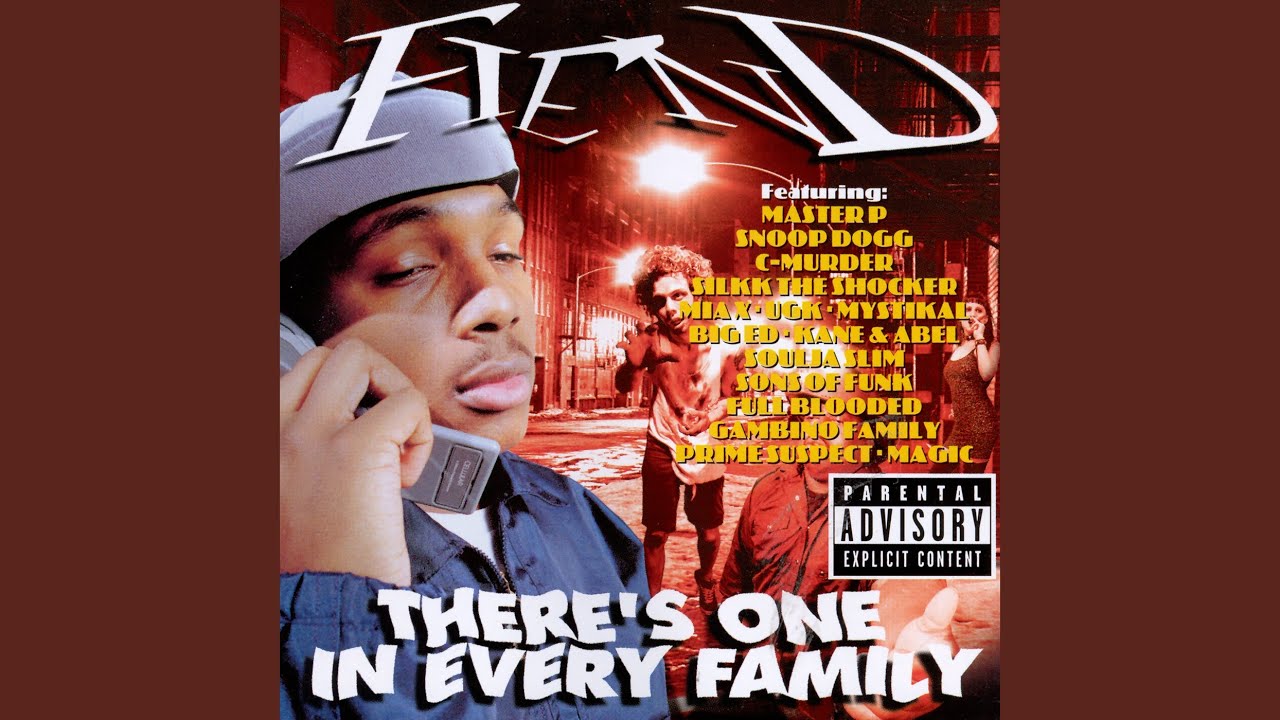 Fiend – There’s One In Every Family

Another one of Fiend’s two classic releases, this is one of the most underrated southern albums of all time. While the album did not have a hit single, There’s One In Every Family still came with a number of classics, like “Only A Few,” “Take My Pain,” “Big Timer,” “The Streets Aint Safe,” “All I Know,” “Who Got the Fire,” and others. 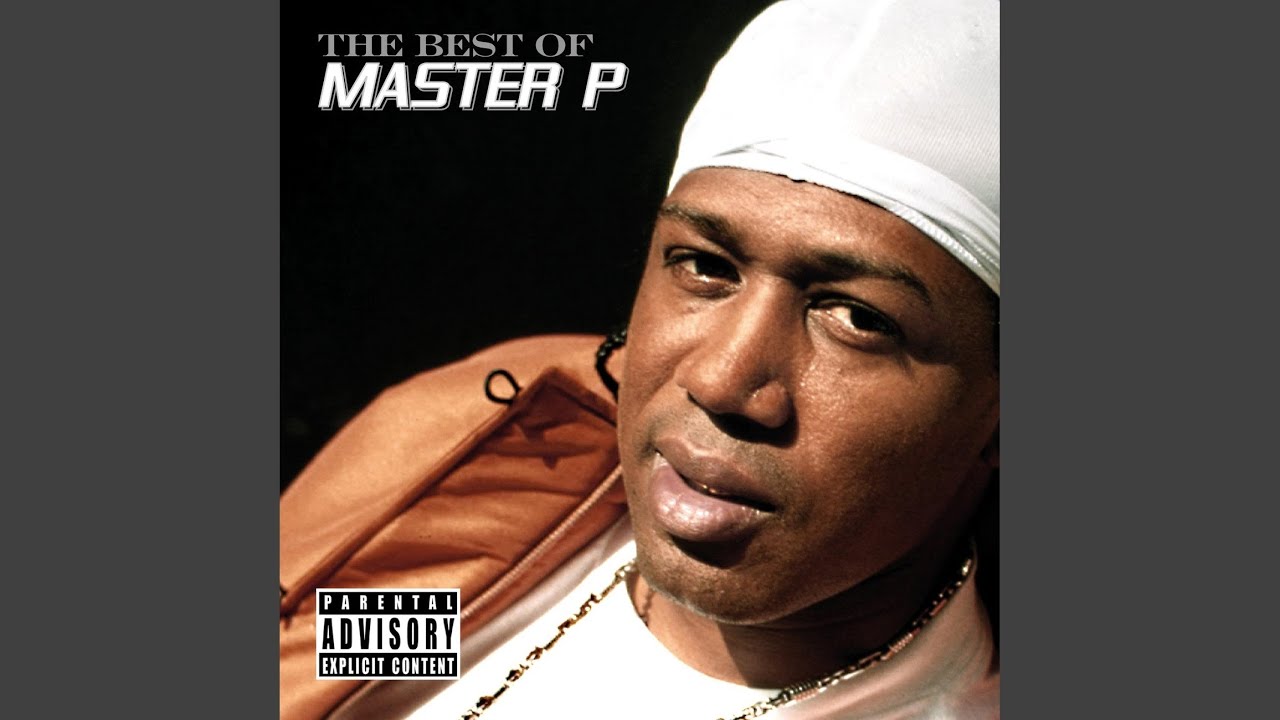 The first true classic album of No Limit was released in 1996. Since its release, Master P’s Mr. Ice Cream Man has become known for songs of “Mr. Ice Cream Man,” “Break Em Off Somethin” featuring UGK, and “Bout It Bout It.” 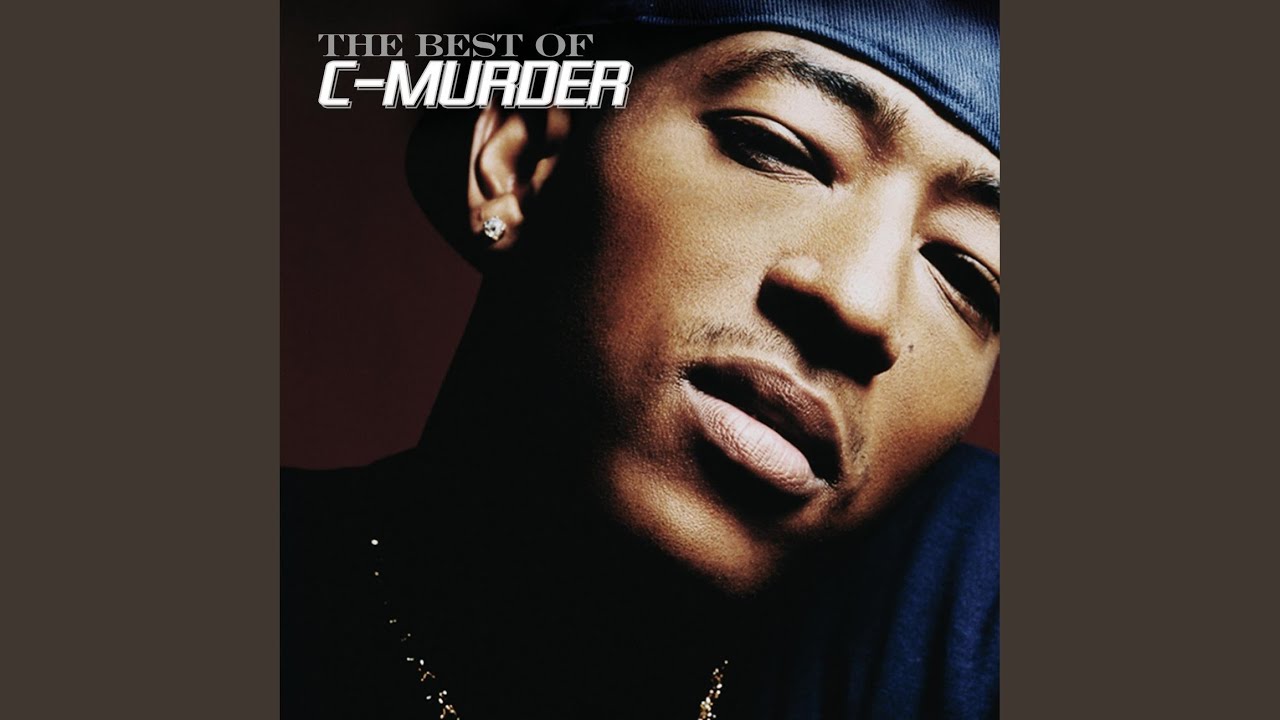 This project was the world’s introduction to Master P’s little brother, C-Murder who only had brief appearances on No Limit prior. With over 20 songs of classic No Limit material with Beats By The Pound behind production like always, Life or Death featured some of No Limits all-time greatest songs. 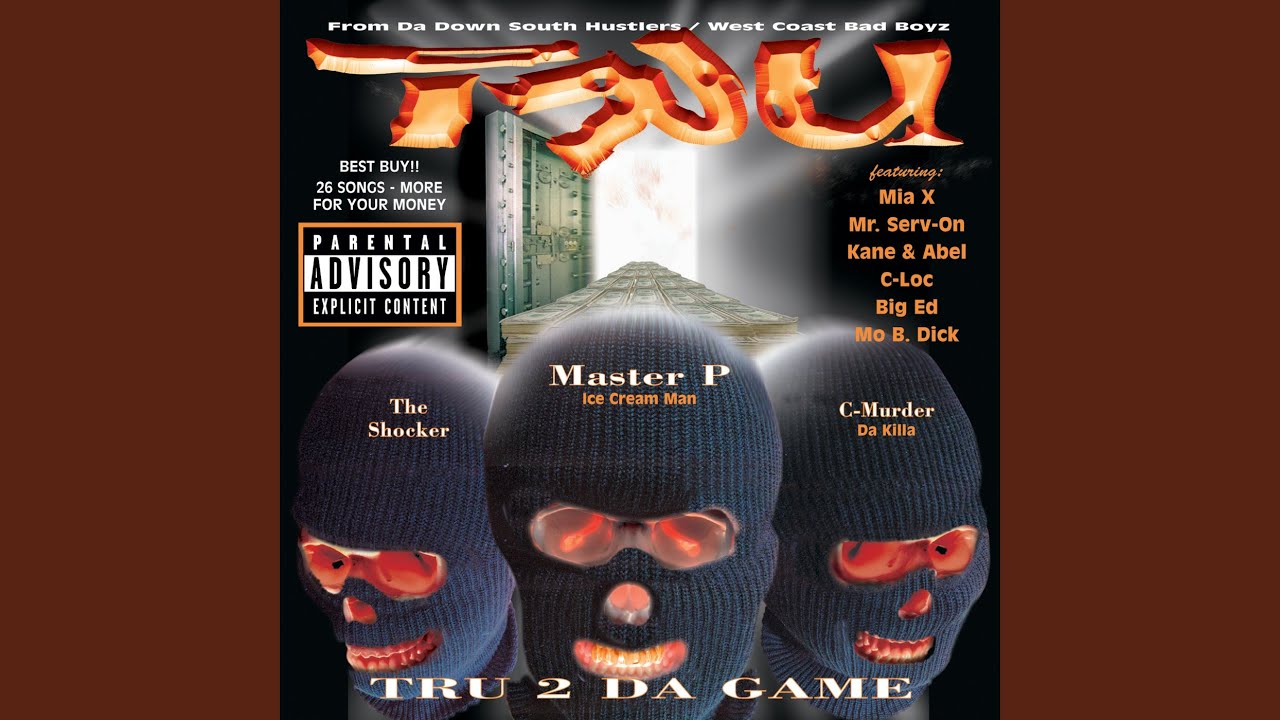 Tru 2 Da Game was pre-No Limit’s dominance on hip hop, which was between late 1997 and the beginning of 1999. Other than Master P’s Ice Cream Man, this was No Limit’s only classic before the start of a movement that became unstoppable. Tru 2 Da Game was a double disc that featured “I Always Feel Like,” “Swamp N***a,” “No Limit Soldiers,” “Fedz,” and more. 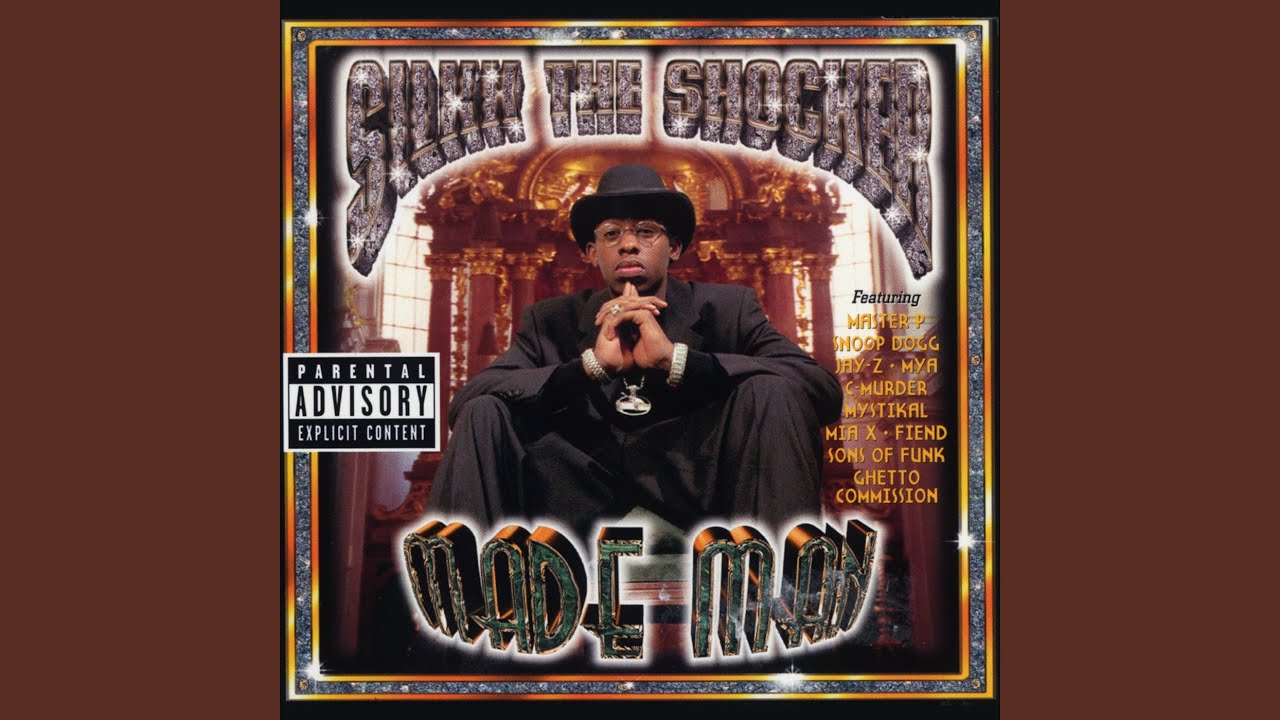 Silkk The Shocker – Made Man

While Silkk The Shocker released four No Limit albums, only two were classics, the first being Charge it 2 Da Game and the second being Made Man. Made Man featured top artists like Mya and Jay-Z, as well as few of the top No Limit soldiers with an advance production compared to other No Limit albums, while also becoming one of the company’s bestselling albums to date. 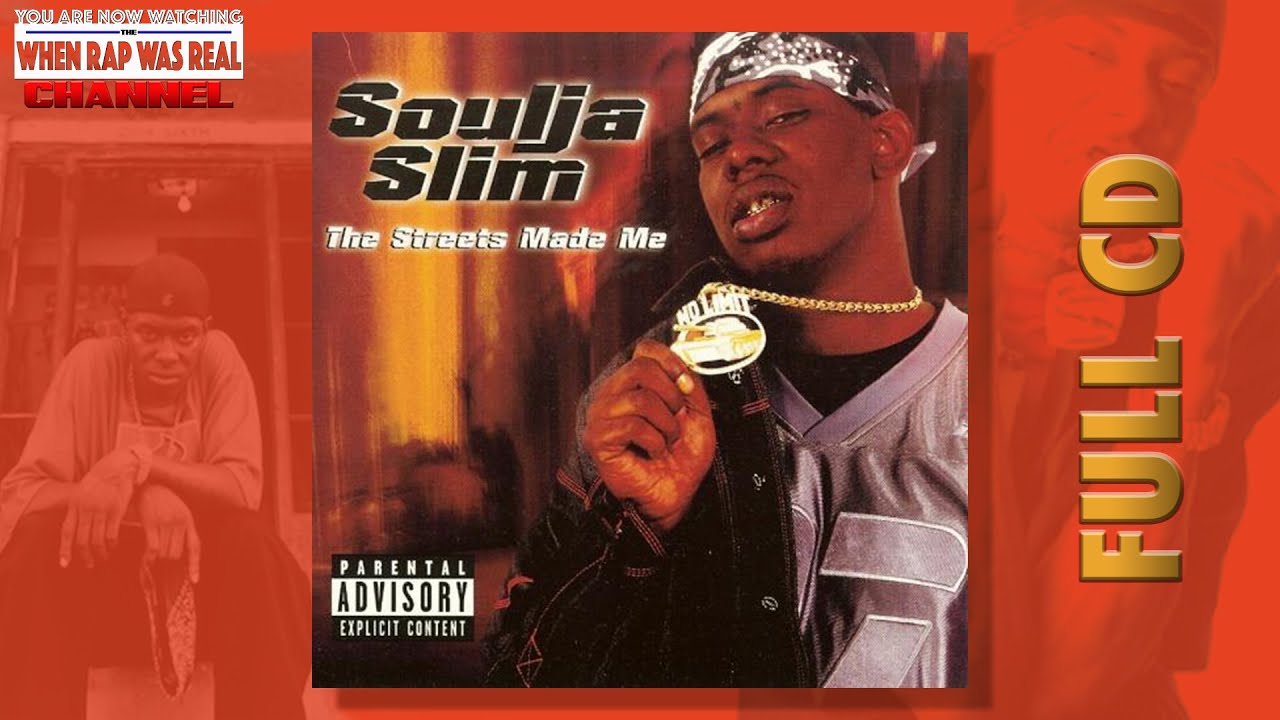 Soulja Slim – The Streets Made Me

This album was more of a Soulja Slim album than the average No Limit album. Released following Soulja Slim’s stint in prison, The Streets Made Me debut during a time when No Limit was on a decline following their peak. Still a classic and identified by many fans as their favorie Soulja Slim album, this project featured “Soulja 4 Life,” “Bossman,” “My Jacket,” “Talk Now,” and more. 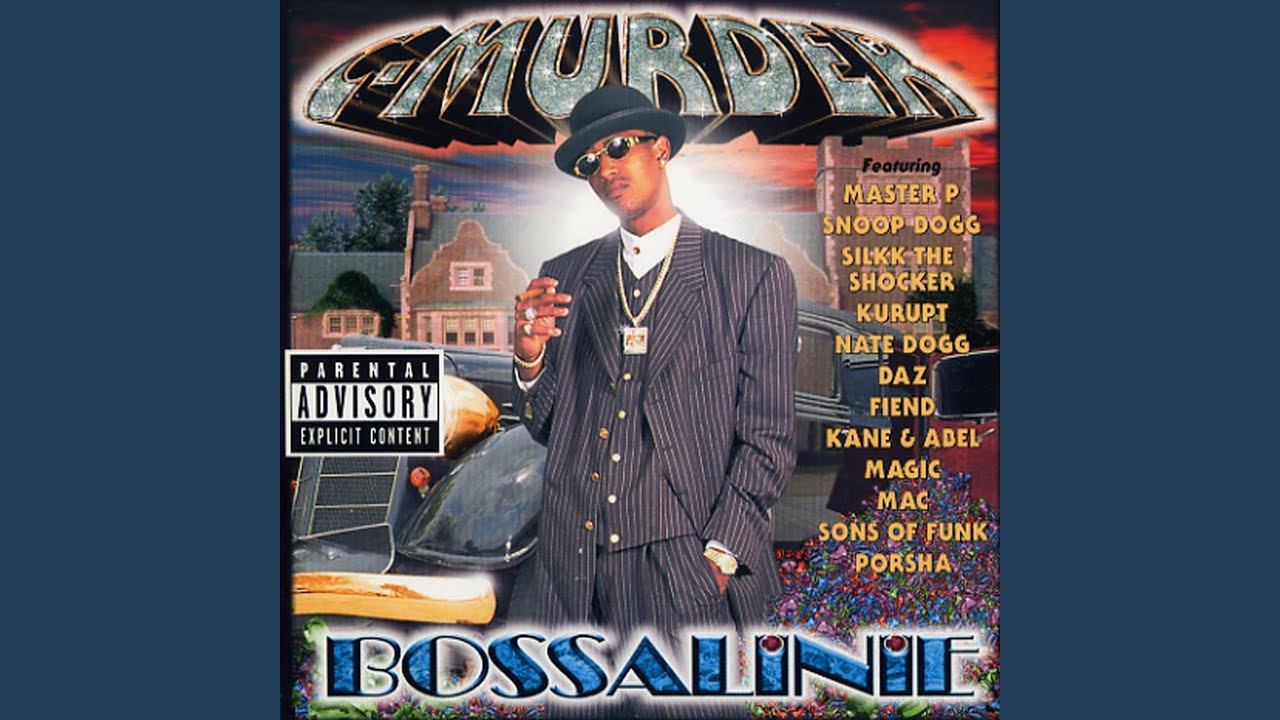 One of No Limit’s most well put together album, from the project’s introduction and outro to the skits to the top features of some of the industry’s top artists, like Goodie Mob, Nate Dogg, Daz, and Kurupt, along with the rest of the No Limit roster. With top song production and song concepts, some might disagree but this was one of the best No Limit albums. 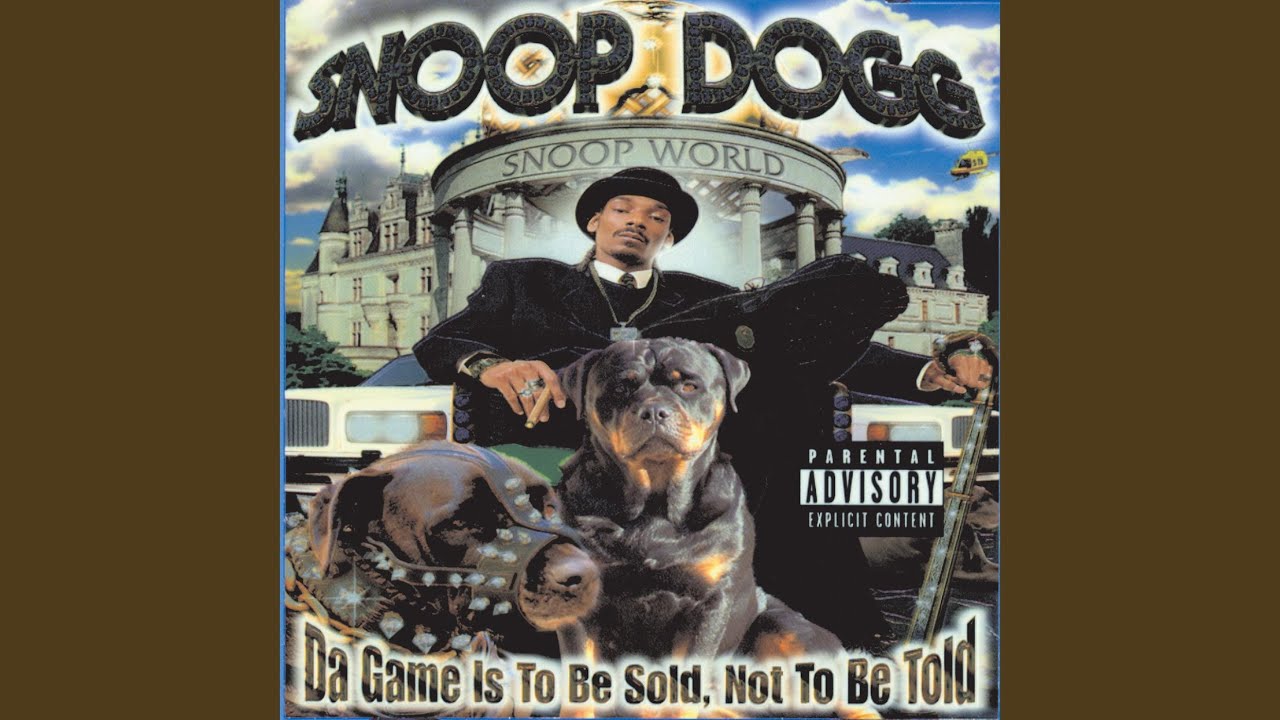 Snoop Dogg – Da Game Is To Be Sold

The first album of Snoop Dogg’s time with No Limit, which was one of Snoop Dogg’s all-time classics. An artist with a legendary career started off with a bang on No Limit, dropping this classic, a mixture of Southern and West Coast flavor, with songs like “Slow Down,” “Still A G Thang,” “20 Dollars To My Name,” and “Woof”.

Mystikal – Ghetto Fabolous. More than just an average No Limit album, similar to Unpredictable, but with outside features and the classic songs like “That’s the Ni****” and “I Smell Smoke,” this is arguably one of Mystikal’s greatest albums.

C-Murder – Trapped In Crime. Released during a time when No Limit was on a decline and not as popular as they were in 1998, but C-Murder carried the label on his back with Trapped In Crime and the album’s lead hit single“Down for my Ns”, helping to keep the company relevant.

Mac – World War III. While released during a time No Limit was losing its momentum in the rap game as far as being on top, Mac still dropped an instant classic with songs like “Genocide”, “Still Callin Me”, “Cops and Robbers”, “Can You Love Me”, “Bloody” and “Battle Cry”.

Magic – Skys The Limit. From songs like “Did What I Had 2” to “When Drama Came” proved that Magic was one of the best No Limit rappers to ever stepped foot on the tank.

Kane & Abel – Am I My Brother’s Keeper. An underrated No Limit album with classic songs like “Time After Time,” “Ghetto Day,”, “Stress” and others with this being Kane & Abel’s second and last No Limit album.

Ghetto Commission – Wise Guys. The most underrated southern rap group of all time released this classic album of street melodies and vivid and raw and uncut tracks that easily painted a picture of the street life.

Mia X – Mama Drama. Arguably the greatest southern female emcee, Mia X proved how great she was with the classic album and one of No Limit’s best selling albums of all-time.

Tru – Da Crime Family. A follow up to Tru 2 Da Game, this double disc album had a number of bangers to go along with the hit singles of “Tru Homies” and “Hoody Hoo”.

Master P – Only God Could Judge Me. While the actual songs on the album could definitely make the case for a higher ranking, but the album did not have as big of an impact as previously No Limit works, despite it one of Master P’s best albums to some.

Gambino Family – Ghetto Organized, Another underrated No Limit album with some of the Tank’s best street related tracks, like “Childhood Years,” “So Much Drama,” “Memories,” and “Ghetto Wayz”.

Skull Duggery – These Wicked Streets. Songs like “Testimony” and “I’m Not A Victim” helps bring the title of the album to light.

2 Top Rap Groups of All Time

4 Top Rap Producers of All Time