The Real “The Wire”: History of Baltimore Kingpins & The Baltimore Ghetto

The city of Baltimore has been in the light for the past decades, due to the success from the hit HBO series “The Wire.” A city of both high crime and high poverty rates, together with the publicizing of police brutality and local political corruption, the streets of the Baltimore ghetto have become well known over the years.

As mentioned, many were first introduced to the Baltimore hoods and streets through David Simon’s “The Wire.” Viewers were able to witness a fictional and fabrication of what life was like growing up in the streets and urban community of Baltimore, from policing, to politics, to lifestyles, to a look inside the dealings of Baltimore kingpins.

From the West Side to the East Side, the city has had numerous Baltimore kingpins and street legends, some would later become fictional characters for the hit television show “The Wire”, to go along with some of the once notorious housing projects that were the center of many operations.

Watching “The Wire” gives an example of the streets of the Baltimore ghetto and the once Baltimore kingpins of the 1970s, 1980s, and 1990s, but only in a modern-day perspective. The use of heroin during the 1970s transformed into the use crack cocaine in the 1980s and 1990s, and once again resorting  back to heroin and opioids as of the 2000s. Each era was different, the 1970s was more a chain of command and only chosen few were involved, to the 1990s was the rise of violence, people standing on the corner and when many were involved. 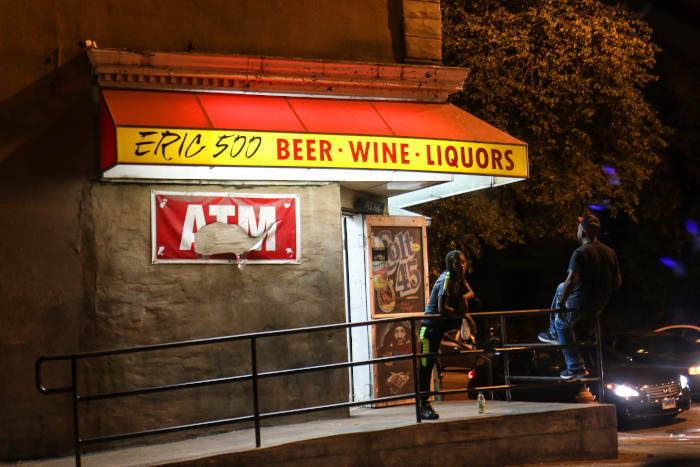 While there were times when Jamaicans and people from New York profited in the streets of Baltimore, the main Baltimore kingpins were with the likes of the old school legends of Peanut King, Little Melvin, followed by the 1980s with T. Stanfield, M. Bates, N. Barksdale (Bodie), the 1990s with Rudy, A. Jones, T.L. Canty, and 2000s with G. Smith (Mr Big), the Rice Brothers, and others, all allegedly made millions of dollars during their day.

While every city had kingpins and people who controlled the trade, every city also had notorious neighborhoods that gained reputations in their city for the wrong reasons. Housing projects of the old Lexington Terrace and Murphy Homes on the city’s West Side, or East Baltimore’s Lafayette Courts and Flag House, all torn down during the 1990s, became legendary communities before their demolishing, filled with plenty of memories.

This map breaks down the location of the old housing projects that were demolished in the late 1990s, like the Lafayette Projects and Flag House, both of the East Side, and the Murphy Homes and Lexington Terrace of West Side, as well many of the blocks and areas that were showed on the hit TV series “The Wire”.

The West Baltimore hoods include places like SandTown, Edmondson Avenue, Walbrook JCT, Whitelock City, McCulloh Homes, Poe Homes, Poplar Grove, Fayette Street, North and Pulaski, Edmondson Village, and much more.  While the other sections of the West Side are the Northwest hoods of Park Heights and Liberty Heights, or Southwest Baltimore with hoods like Irv Town and Yale Heights.

While the city’s black population is well dispersed throughout the city, like South Baltimore’s Cherry Hill and Brooklyn, or East Baltimore from Highland Town to Northeast’s Ramblewood, West Baltimore has historically been the heart of the city.

One of the oldest black populations in the country has been in the city of Baltimore since the 1800s, and has been constantly growing year by year ever since. The city’s African American population began as newly arrivals were provided opportunities to work in the local Baltimore shipyards. 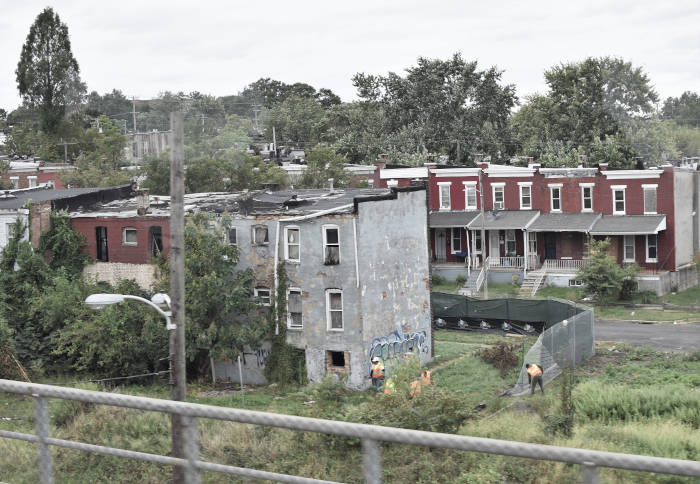 Eventually, Pennsylvania Avenue and Edmondson would become the heart of Baltimore’s black culture as many lived in neighborhoods like Sandtown, the Bottom, and Upton.

During the 1950s and 1960s, integration and the desegregating of Baltimore’s communities gave the opportunity for African Americans to be able to move out of the small segregated sections of East and West Baltimore.

While before the 1970s there were only a handful of black neighborhoods, like Cherry Hill or Turner Station, by the start of the 1980s the entire city became predominantly African-American, with an exception to a few areas.

The Truth About “The Wire”

While the Baltimore ghetto, along with the metropolitan area as a whole, has always had one of the country’s worst drug problems, which was often displayed on The Wire, the HBO series also showed corruption and poor police tactics that took the reign as the city’s biggest problem.

Before the Freddie Gray riots, the locals of Baltimore had legitimate claims of excessive police presence in the community, enforcing petty no loitering laws or city ordinances, affecting the everyday Baltimore citizen. 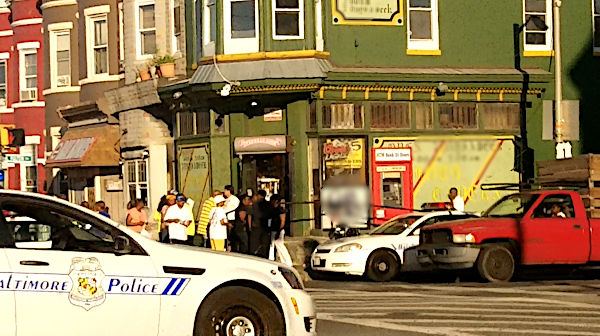 To combat crime, the city also placed stricter guidelines towards sentencing convicted felons or rules for citizens on probation and parole, which have made times for the people of Baltimore more difficult. Many of the laws that have been implemented over the years were by politicians or public officials that have either committed crimes or have broken multiple ethnic rules themselves.

The streets within the Baltimore ghetto are still some of the roughest in the country with high homicide rates to give proof. But the city of Baltimore is destined for a change, especially with the location of Baltimore having much prosperity and much to offer, from its close location near the shore, to the being just a hour or two away from Washington DC and other major East Coast cities.

In present day Baltimore, the process of gentrification as numerous blocks in the city center, or inner city, have been left to rot and deteriorate seemingly to be a way to push many residents out of East Baltimore and West Baltimore into Baltimore County or certain sections of the city that are a further distance to downtown, like the Northeast or Park Heights. 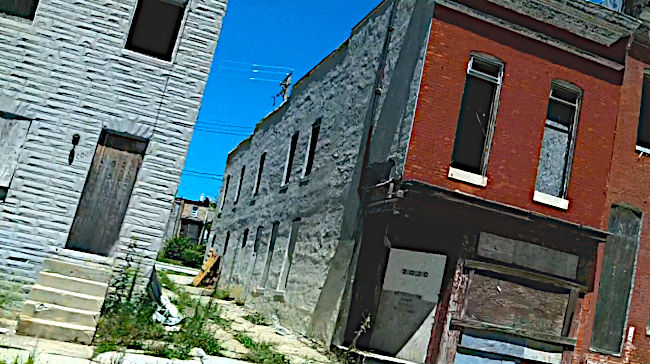 Since the 1990s, the Baltimore ghetto has a number of old neighborhoods demolished, mainly the old housing projects of Lafayette Court in East Baltimore or the Murphy Homes in West Baltimore, along with numerous dilapidated rowhouses plaguing the inner city.

What started in South Baltimore’s Locust Point and areas near downtown, is slowly expanding into other sections of the city, especially places near key city attractions.

*Note: All information is provided through people of the community, outside sources, and research. Some information might not be current and/or 100% accurate