The Old Atlanta: How the Streets of the Atlanta Ghetto Changed

How the Atlanta Ghetto Changed for Better and Worse

Black America’s most influential city as the streets within the Atlanta ghetto have been influencing black culture and black communities in every time zone, from coast to coast, for the past decade, not to forget how important Atlanta black history has been for the country’s black population.

What many may not know is that Atlanta is different from previous generations as the neighborhoods look different, the music sounds different, and the whole persona of the people and the community is different with the overall culture of Atlanta changing.

‘Hoods and Zones of the Atlanta Ghetto

Divided into Zones 1 through 6, as well as communities outside the city limits in DeKalb and Clayton counties, the breakdown of the Atlanta ghetto neighborhoods shows dozens of hoods in the city with each having its own distinctive reputation.

On the West Side, which is officially Zone 1, rappers like T.I. or the late Shawty Lo would bring their community, through music, to the listeners across the world as Bankhead has become one of the city’s most known areas.

Bankhead is a large street with various hoods, like Center Hill, Baker Road, Bowen Homes, Bankhead Courts, and more.  Bankhead had become a mecca for the city of Atlanta, almost a tourist attraction, but the notoriety of the community has been around long before any rapper began screaming Bankhead.

Even though Bankhead is well known, it is undisputedly what the reputation of Southwest Atlanta, also known as the SWAT, had on the city. While being located in both Zone 3 and Zone 4, from Ben Hill to up Campbellton to Mechanicsville, Southwest Atlanta will forever be remembered as being of the most reputable infamous sections of the city.

While Zone 4 is mostly located in the streets of the Southwest Atlanta ghetto, in areas like Ben Hill and Cascade Road, Zone 3 expands across the entire South Side. The likes of Dill Ave and Pittsburg or the legendary areas of Cleveland Ave. and Summerhill, Zone 3 has at times been the middle ground of the city.

The smallest of the zones is Zone 6. Zone 6 is home to the Edgewood, Kirkwood and East Atlanta neighborhoods. The East Side, which is DeKalb County, expands from Moreland to Wesley Chapel Road, which can probably be considered as the largest section of Atlanta.

Years before, many would only acknowledge the West Side or the South Side. Since the rise of hip hop artist Gucci Mane, the most popular and well known side of Atlanta has become the East Side as the claim of Bouldercrest by Gucci Mane, Kirkwood by Future, or Edgewood by Duct Tape Entertainment has DeKalb County being one of the most notarized area.

While there are a number of hoods throughout the Atlanta ghetto none played more of an important part of the day to day activities of the streets than the city’s former housing projects.  From the West Side’s Bowen Homes to the South Side’s Jonesboro South to the East Side’s East Lake, the streets of Atlanta were centered in 30 plus housing projects, which have all become a memory due to their demolishing.

With Atlanta growing, as seen with DeKalb County, the urban community and population has established itself further outside Atlanta’s inner city.  Places that were once labeled as suburbs and communities for white families and/or the upper class has now become part of the streets of Atlanta, like sections of the North Side or the South Side’s Clayton County.

The city of Atlanta always had a sizeable black population since the beginning of the 1900s, when there were less than 200,000 residents in the region. Many African Americans of Atlanta’s early days migrated to the city from the rural communities of The South.

Life experiences for Atlanta’s early black population was without peace and equality as racism and discrimination was causing much suffering within the community.

Atlanta, along with a few other southern communities, was considered as one of the worst places to live during a time where racism led too many to become victims of hate crimes. An example could be seen during the city’s 1906 race riot where many African Americans were attacked and injured. 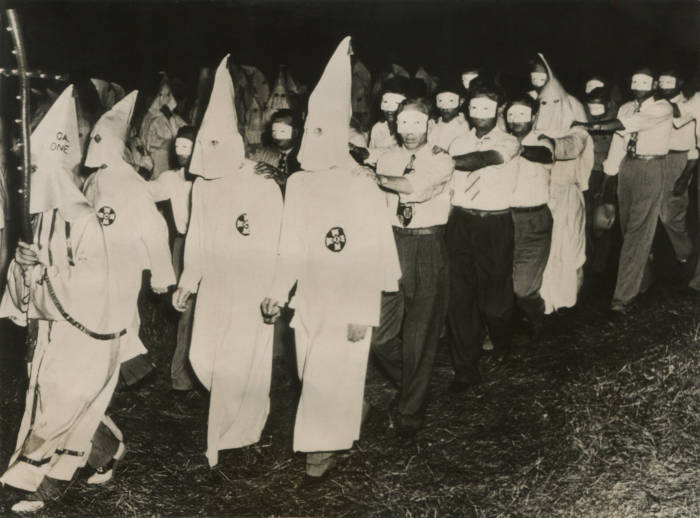 Racism was so bad in the region that the Anti-Defamation League was created and the Klu Klux Klan was revived as Atlanta had one of the largest chapters of the KKK.  There was often mistreatment and disregard for the community, along with the black population receiving little to no rights and often neglected by the local officials.

With the neglect and the city’s segregation policies the community of Auburn Avenue was created to serve Atlanta’s black population as the people were somewhat forced to develop an area that was strictly for African Americans and would later become the mecca for the black community.

Many in the black community were originally either employed through working on the railroads or as servants. Even though slavery was over, during the early 1900s many African Americans worked as servants to the wealthy white families while living in small nearby communities of their place of employment, like small designated areas in Summerhill that were often viewed as being rundown. 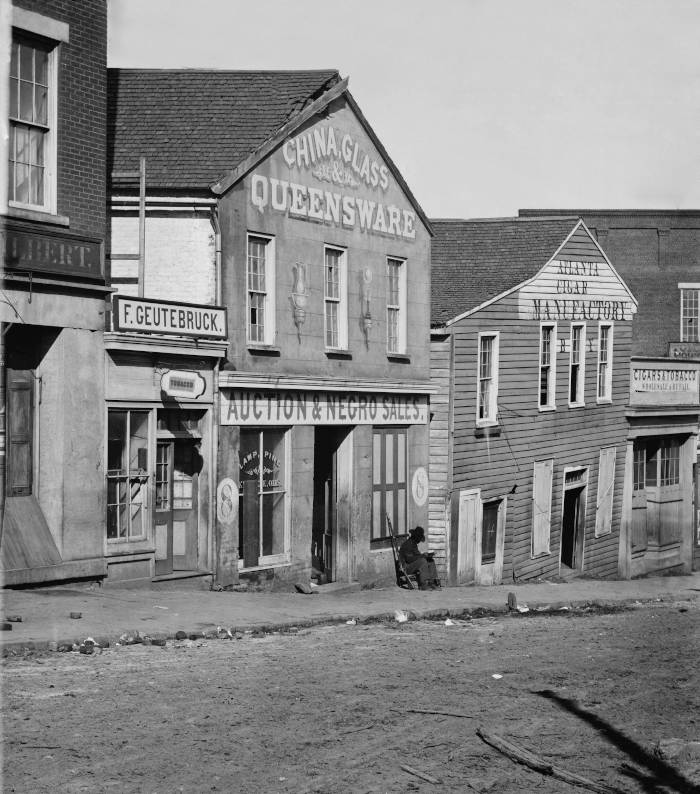 Eventually the white community would relocate from being the majority in the city to residing mostly on the North Side, which began during the 1940s, with the help of jobs relocating and newly constructed transportation routes that made the travel from Downtown to the North Side easier.

With the relocation of Atlanta’s white community, the city’s black population expanded from the 4th Ward, home of Auburn Avenue and one Atlanta’s first black communities, into other neighborhoods of both the East Side and West Side.

While the 4th Ward, which would later consist of small public housing complexes, was the mecca for Atlanta’s black population there were other communities that African Americans resided in during the city’s early days.

On the West Side, ground zero for the black community was in the area of Vine City. The population eventually expanded further down Hunter Street, today’s Martin Luther King Drive, into areas like Dixie Hills and later Adamsville.

Even though many had a hard time and had to overcome many obstacles to gain housing and property on the West Side, the community would eventually become predominantly African American by the 1960s and 1970s.

Other historic areas include the East Side’s Reynoldstown, which was originally founded by freed slaves and was a thriving area until urban renewal of the 1960s, and Edgewood, which was a neighborhood built solely for African Americans.

Urban renewal and slum clearance of the Atlanta ghetto occurred between the 1930s and 1960s, which was a process that replaced former black communities with housing projects along with stadiums and coliseums.

Examples can be seen with the once famous Buttermilk Bottom neighborhood being demolished to make way for the Atlanta Civic Arena, or the historic areas of Mechanicsville, Peoplestown, and Summerhill experiencing much urban renewal due to their close location of downtown.

A city that probably has the most southern history, especially with Atlanta black history being well known, has seen the most changes within its community due to the process of gentrification in the urban Atlanta neighborhoods as well a complete cultured change with a large influx of out-of-towners relocating into the city.

With the streets of the Atlanta ghetto once being centered in the housing projects, especially during the days of the local gangs or cliques like the Diablos of the West Side and Down By Law of the East Side, it seems only right for the city to suffer a loss after they all were demolished.

With the Atlanta housing projects being the base of the streets, many had to relocate as the city began the process removing its history, from tearing down the public housing complexes to renaming streets, like Simpson Road is now Joseph Boone, Ashby Road is now Joseph Lowery, and Bankhead Highway is now the Donald Lee Hollowell Parkway.

During the 1990s and early parts of the 2000s, Atlanta was considered as the most dangerous city in America, even though government statistics due often over exaggerate, currently the city of Atlanta is far from holding that title.

Another change in culture, and some may dispute this assumption, is the arrival of Big Meech and the flashiness culture of Detroit. After the arrival of the BMF, the streets of the Atlanta ghetto went from riding in old schools to driving around in foreign vehicles, as well the rise of the popularity of high-end clothing brands.

Another major change was in the music, from the days of Outkast and the Dungeon Family to the crunk style of Oomp Camp Records to the street reality rap of the trap culture, which was spearheaded by T.I., have been replaced by the more look what I got type of music, while there are many who still bring substance into the local music scene.

On a good note, while Atlanta always had black excellence and a rich black history, with the former Sweet Auburn Street area being a perfect example, the city has a more togetherness and more unity within the community compared to other cities as Atlanta has become a Black Hollywood and a great illustration of successful black individuals, businesses and communities.

2 Map of Atlanta Hoods (Full Tour of the Atlanta Streets)

*Note: All information is provided through people of the community, outside sources, and research.  Some information might not be current and/or 100% correct.