The Breakdown of Asian Gangs

The stereotypes of gangs have always been within the demographics of Latinos and African-Americans, but other races, which include Caucasians and Asians, also have small number of gang members within their communities.

With gang members only account for about 1%, give or take, of any racial groups total population, Asian gangs in America have had little notoriety compared to other groups.

Many of the old traditional Asian gangs once focused on financing themselves through gambling, prostitution, extortion, and at times narcotics, but today’s activity has slowed down for many.

Modern day Asian gangs, in which have heavy American influence, originally formed throughout the 1970s, 1980s, and 1990s as a way to establish protection for themselves from other demographic groups who would attack the newly arrived foreigners.

Asian gangs for years have flown under the radar within popular culture while having little to no media attention, but in many cities of California it has been well known about the hidden Asian lifestyle.

In the city of San Francisco, there once was a conflict that occurred between American born Chinese and foreign-born Chinese, which led to battles within the Chinese underworld known as “Hock Sair Woey”.

The main players in San Francisco were the Wah Ching, Hop Sing Tong, Wo Hop To, and the Joe Boys, in which their activity led to dozens of homicides in the northern California city throughout the 1960s and 1970s.

The conflict between the rivals in San Francisco led to one of the worst mass killings in northern California, the Golden Dragon massacre where five bystanders were murder together with multiple people injured.

While many San Francisco gangs seemed to have some sort of tied to the Triads or are more traditional Chinese gangs that can be found in China, many of California’s Asian gangs have adopted American cultures, like the Bloods and Crips.

In cities like Long Beach, San Diego, or Sacramento, Asian gang members who parents and grandparents originally came from Southeast Asian countries like Cambodia, Vietname or the Philippines have become under their own set of gangs.

These Asian gangs were involved in an intense battle over control of New York City’s Chinatown, which lasted until the 1930s as the Great Depression, conflict in their native country of China, police crackdown, and many Asians relocating outside of Chinatown helped bring an end to the war.

Crime in today’s Chinatown, or New York City’s Asian communities like Sunset Park or Flushing, is almost non-existence as Asian gangs have become almost a rarity, with exception to a few, as being part of a gang or any criminal enterprise has becoming less and less profitable. 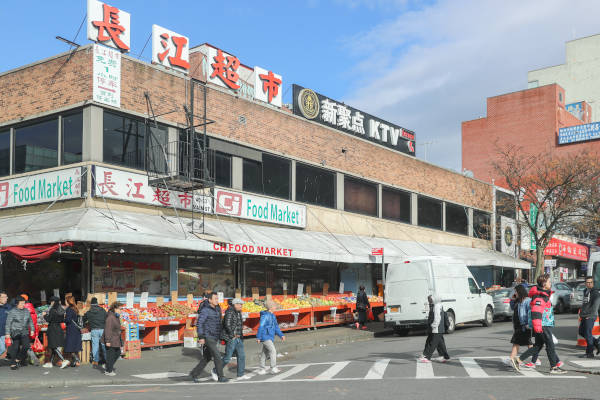 The heroin trade that originated from Asia’s golden triangle has become defeated due to Mexican cartels and gambling is not nearly as big as more legal and upscale gambling establishments have become attractive.

The more modern day and up-to-date gangs of New York City, at least long after the 1930s, were the Ghost Shadows, Flying Dragons, Tung On, White Tigers, or the Fuk Ching.  Today, Asian gang activity in New York City is nowhere near as active as it once was.

Other Examples of Asian Gangs

In other regions of the country, like upper Midwest state’s Minnesota or Wisconsin, Hmong refugees from Southeastern Asian countries like Thailand and Laos have created their own identities.  Identities in the form of the Crazy Bloods, Menace of Destruction, Oroville Mono Boys, TKB, the Asian Crips, Oriental Ruthless Boys, and many more.

Their reputation in Minneapolis, St. Paul and even small cities like La Crosse, Wisconsin have been well documented as rival Asian gangs often have had disputes with each other, terrorizing themselves and their community.

In the Seattle-Tacoma region, Loko Asian Boyz and other Asian gangs formed after years of mistreatment by other races upon their arrival from places like Cambodia.

Many lived in low-income areas and experienced constant harassment because of their race and due to the harassment gangs were formed for the simple reason of protection and the sense of belonging.

Breakdown of Asians in America

Around 6% of America’s population is Asian with the majority of Asian-Americans living on the West Coast and in certain cities of the East Coast.  From California to New York City, and cities like Houston and Philadelphia in between, there are many communities who have a considerable population of Asians, foreigners and natives.

In the state of California, a population that is almost at a total of 40 million, Asians equal 15% of the entire population, the third largest after Latinos and Caucasians, as they dominate specific sections of Los Angeles County, San Diego County, the Bay Area and specific parts of Central Valley.

While in large cities like Dallas, Portland, Philadelphia, Minneapolis and Houston, Asians account for around 7% of the population, but in St. Paul, Seattle and New York City the percentage of Asians range from 13% to 18%.

History of Asians in America

Asians have been migrating into the United States since the mid-1800s, with the Chinese being the first Asian immigrants to come into America, working as laborers and fisherman mainly in California.

Like the chant “Make America Great Again” due to the fear of Mexican and Central American immigrants taken employment opportunities, many were not too welcomed with the newly arrived Chinese immigrants.

This led to laws being passed, during the late 1800s, that limited the number of Chinese immigrants that could occupy the United States.  Into the early 1900s, the trend continued of creating laws that banned mostly all Asian immigrants from migrating into the United States. 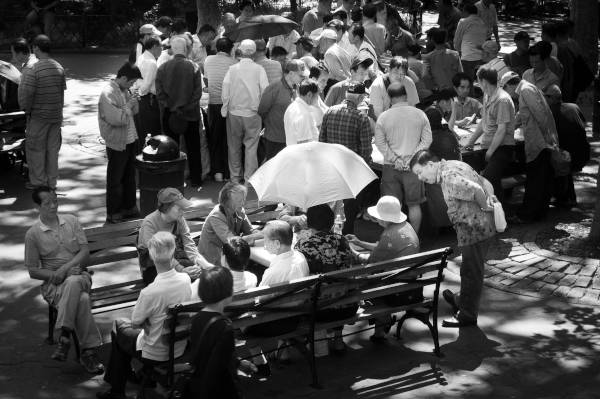 Due to the Civil Rights movement of the 1960s immigration laws became more lenient, which would later help an influx of Asian immigrants to migrate to the United States.  During the 1970s, refugees from Southeast Asia began relocating into American cities across the United States, like Long Beach, California or St. Paul, Minnesota.

As many Asian countries were in turmoil or had civil conflicts, many of their natives, Cambodians, Vietnamese and Laos’ Hmong, fled their native country for an attempt at a more peaceful and affluent life in America while seeking asylum in the United States.

While historically, Asians have been known as a group of people that stay to themselves while keeping most of their identity, some do tend adopt the American culture.

The American culture of gangs has expanded into the Asian community, despite places like San Francisco or New York City having Triad-like gangs since the early 1900s that could be traced backed to the country of China.

Today, many Asians are becoming more and more part of America’s culture, even though only a small number of metropolitan’s have a considerable percentage of Asians within their population.