The streets of the Gary Indiana ghetto changed during the crack era of the 1980s and 1990s.  What some may not know is the city of Gary has been rough long before the introduction of drugs, but not like the 1990s as the city became crowned for having the highest homicide rate in the country, given the city the title of the “Murder Capital.”

Being part of the Chicagoland area there are Gary Indiana gangs in the city, as far as Vice Lords and Gangster Disciples, but most parts of Gary are more neighborhood influenced than being impacted by Chicago’s gang structure.

When it comes to the streets of Gary, Indiana many probably heard about CCA out of Concord area, the Bronx off Clark Road, the notorious Ivanhoe Projects, 5th Avenue, or 21st Street, from the East Side to the West Side, with communities like the Delaney projects, Tarrytown, and Marshalltown. 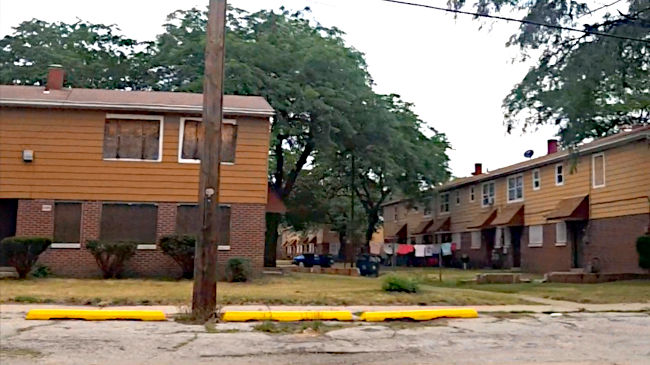 The Dorie Miller Projects off 21st.

There is not a section of the Gary Indiana ghetto that is not reputable as the city has developed the mentality of “If You Can Make It Here, Then You Can Make It Anywhere,” with the streets of the West Side, East Side, and South Side being truly based around the survival of the fittest. 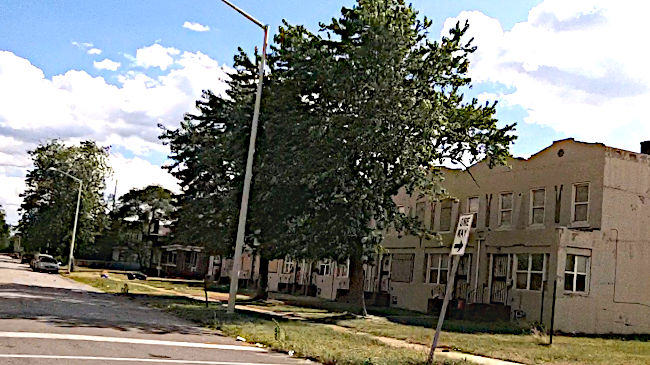 5th Avenue of the West Side of Gary Indiana.

On the city’s West Side the streets stretch from the Tolleston neighborhood, to the areas of Concord and the Bronx off of Burr Street, all which makes the West Side the largest side of Gary.

The South Side, which is mostly based around Broadway, from 35th to 49th Avenue, is the city’s smallest section. The city’s South Side mostly consists of the Glen Park neighborhood, a neighborhood that once was segregated from the city’s black population.

Aetna of the East Side of Gary Indiana

The East Side, which is mainly located east of Broadway, is the city’s second largest side with neighborhoods like the Valley, GuttaVille, Aetna and various other ‘hoods centered around 21st Street.

Once a segregated city, with black people only being allowed to live in the Midtown section, Gary, Indiana became famous for the employment opportunities that thousands of workers sought after in the US Steel factories.

With the arrival of World War I, many southern African-Americans were given the opportunity to work in some of the city’s wartime factories, which explains the move for black families into Gary, Indiana, during a time when the city was one of the country’s wealthiest and fastest growing.

With many of the new residents being African-Americans, many resented the new arrivals, which would later lead to the growing movement of the Klu Klux Klan and the mistreatment of many Gary’s black residents. Like other cities, Gary Indiana was very segregated with black families only being allowed in the Midtown section.

Unfortunately, by the time African-Americans began to take control of the city, by electing their first mayor, many businesses and white families began to leave for suburban Lake County communities, which began during the 1960s.

The exit out of Gary was during the time that thousands of jobs were being lost in the local steel factories, helping transform the city into the Gary Indiana ghetto as the tax base vanished, leaving the city unable to run financially. 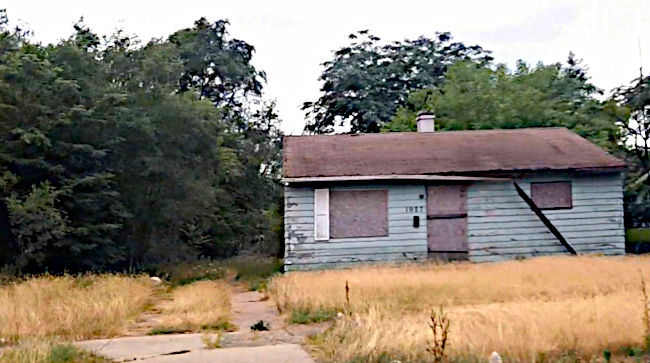 Since the closures, the city has had its share of poverty, with most of the city being dilapidated, an influx of Gary Indiana gangs, and high crime rates. Following white flight, the city has now been experiencing black flight, a large exodus of the population into places like Merrillville and Indianapolis. Today, the city of Gary is a complete shell of itself, since the days of success with the US Steel Factory and the days when Michael Jackson called the city home.

Note: All information is provided through people of the community, outside sources, and research.  Some information might not be current and/or 100% accurate.