A large city of western Pennsylvania nicknamed the Steel City and known for the prominent sports team that all fly “Black and Yellow”, a song made famous by local Hip Hop artists Wiz Khalifa, but this article will shed light on the other side of the city, the side of the Pittsburgh ghetto on the city’s East Side, West Side, South Side and North Side.

While the days of Pittsburgh are of the past, the city’s street life consisted of numerous gangs throughout the city like the Bloods, Crips, West Side Convicts, and the LAW gang, all who were created in the various sections of Pittsburgh’s urban areas, areas that have changed drastically from previous generations.

The above map highlights the old Pittsburgh gangs and hoods of the city’s East Side.

Pittsburgh’s largest side, the East Side, is the heart of the Pittsburgh ghetto as the area expands from the once historic Hill District to the unofficially East Side neighborhood of Wilkinsburg, while having numerous ‘hoods and urban communities in between.

During the peak of the Pittsburgh gangs era, Bloods, Crips, and the once infamous LAW gang (Larimer Avenue Wilkinsburg) ran the East Side, due to the likes of the old Alley Mob, Formosa Way, or the old East Liberty projects that were often referred as the Crack Stacks. 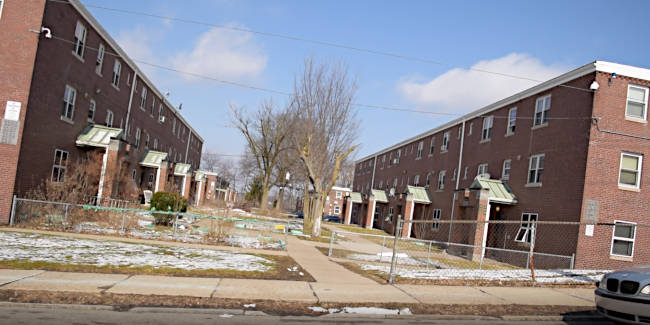 The once heart of the East Side was the community’s old public housing projects, from the Hill District’s Allequippa Terrace and Addison Terrace to Garfield Heights to the Pennly Park Apartments, also known as the East Liberty Towers to the isolated housing complex of East Hills.

Outside of the housing projects, the reputation of the East Side within the Pittsburgh ghetto lied in the remaining sections of communities like Homewood, divided between Uptown and Downtown, the Hill District, Lincoln Avenue, Larimer Avenue, Wilkinsburg, and Garfield, even though gentrification and the large amount of vacant properties have lessen the East Side’s population. 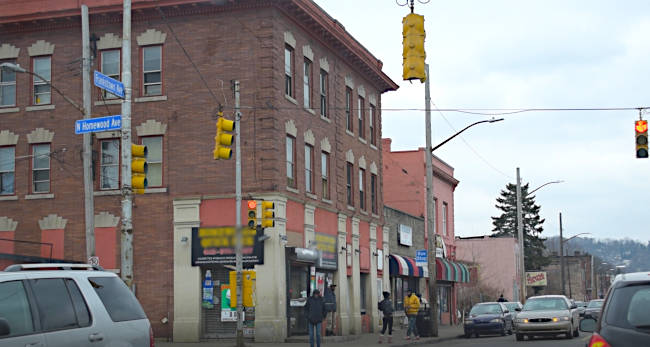 The heart of the Pittsburgh Homewood neighborhood.

Brief History of Pittsburgh East Side 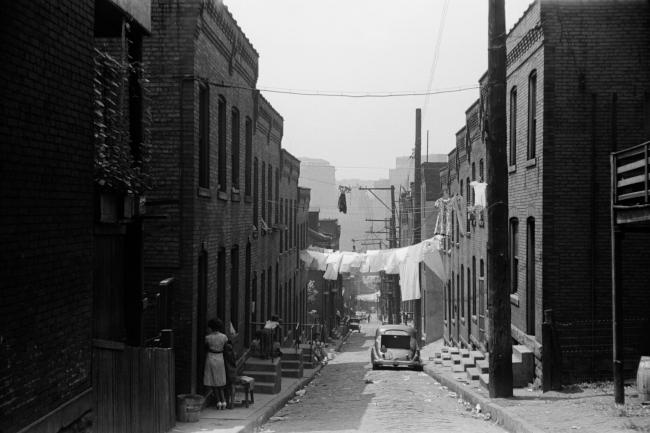 The old Hill District of the early 1900s

From live entertainment with Jazz and some of world’s most famous black musicians attending the clubs of the community to the numerous of black owned businesses, the Hill District was once thriving community that became one of the city’s most successful communities.

After the city built the Civic Arena in the lower Hill District, during the days of urban renewal, many businesses were destroyed and many residents were forced to relocate into different parts of the city, like Homewood and other neighboring East Side communities, the North Side, and into the city’s public housing projects that were scattered throughout Pittsburgh. 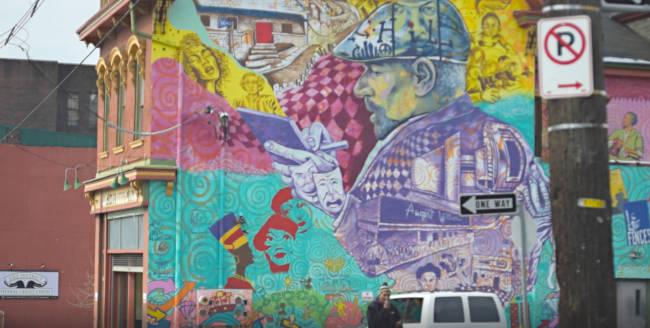 Gentrification and Today’s East Side Pittsburgh

Today the East Side of Pittsburgh is heavily changing as the city’s black population, in the neighborhoods within the city limits, are moving further east into communities outside of the city, like Penn Hills or the many urban communities of the Mon Valley district. 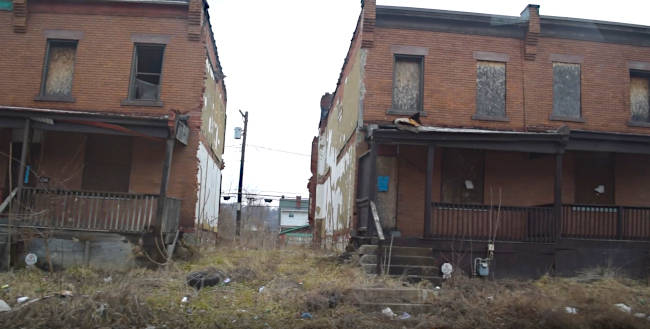 Pittsburgh Homewood is similar to the Hill District and many East Side neighborhoods with the city letting the community become dilapidated and then rebuilt.

In the Hill District, most of the community’s housing projects have been mostly demolished and/or rebuilt, while blocks from Bedford to Wylie have been either left for vacant or slowly in the process of being gentrified.

Around the East Liberty neighborhood, which has been part of the city’s black community for generations, are experiencing gentrification along Penn Avenue and other nearby shopping districts that will eventually work its way into the heart of the urban neighborhoods of Garfield and Larimer neighborhood. 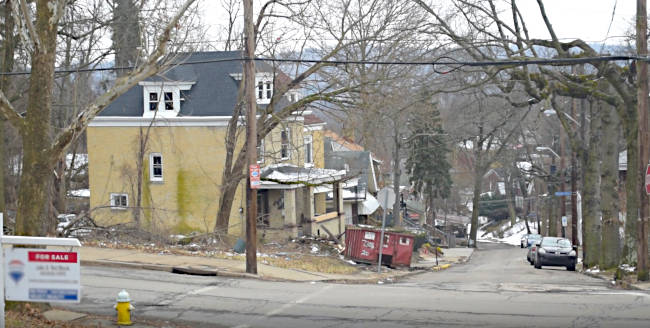 The heart of the Garfield neighborhood, which is one of the most sought after areas on the East Side

The future of the Pittsburgh ghetto and urban communities seemed to be destined for gentrification as residents who fled from the inner city during the 1960s and 1970s are anticipating their move back into the urban areas of the East Side, due to its close location to some of Pittsburgh most popular attractions.

At one point, the two biggest neighborhoods of the West Side were Fairywood’s Broadhead Manor and Westgate Village housing projects, while also being two of the most reputable neighborhoods in Pittsburgh’s history.

When the city decided to remove the housing projects by closing, and eventually demolishing, Broadhead Manor and selling Westgate Village to a private investor that would later cause the eviction of residents, the community of the West Side changed.

First, the population of Fairywood largely decreased and secondly, the residents of the two former housing projects relocated into other West Side communities like Sheraden, Greenway or McKees Rocks.

Just a mile north of Heinz Field and PNC Park resides the heart of the Pittsburgh ghetto within the city’s North Side, which developed such a reputation years ago that many gave this side of Pittsburgh the alias of the War Side.

Pittsburgh North Side’s reputation of the 1990s with the friction between neighborhoods led to this section of the city to be labeled as the “War Side”, a side of Crips, Gz, and multiple well reputable Pittsburgh hoods like Hoodtown or Rhine Street of Spring Hill, home to the Three Rivers Apartments. 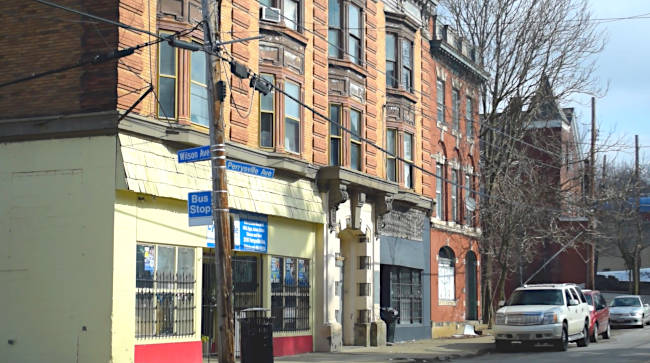 Off Perrysville Ave. is the former home of the Wilson Ave Gz.

Before the expansion of the city’s black population into the North Side, the black community was only limited to areas like Charles Street, the sections of the Central Northside, and other small nearby neighborhoods, while also being successful and thriving communities. 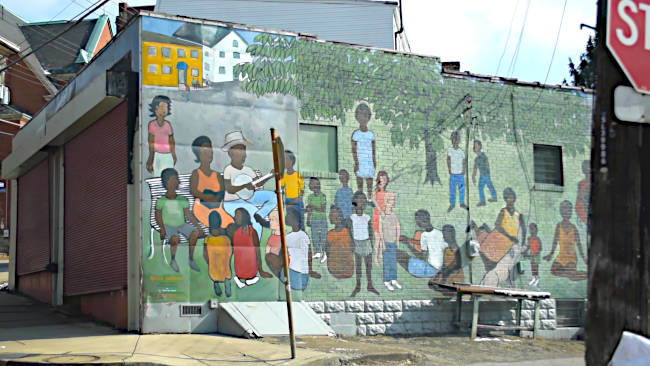 Mural along, and representing, the North Charles Street area.

While Lower Manchester had a sizable black population, after the 1960s both Upper and Lower Manchester, divided by Pennsylvania Avenue, became predominantly African-American and a very popular neighborhood in Pittsburgh’s black community.

As half of the Hill District was destroyed, African-Americans were being forced to relocate in the city’s housing projects, with two on the North Side, Northview Heights and Fineview’s Allegheny Dwellings, being some of the city’s largest housing complexes.

Built during the 1950s and 1960s, these two neighborhoods helped in various ways to contribute to the North Side being referred as the War Side as Northview Heights, a former mixed racial community, became so bad that the area eventually became a gated community.

During the influx of African-Americans into the North Side a large portion was demolished, the East Street Valley community, due to the construction of interstate 279 that would help relocate the North Side’s white population further north.

With white flight the nearby black communities of Central North Side and Charles Street grew into Perrysville South and along Brighton Road, making everything south of Marshall Avenue to become predominantly African-American by the 1970s and 1980s.

Image of the neighborhoods along Brighton Road.

By the 1990s, the streets of the Pittsburgh ghetto on the North Side was in full effect with the likes of the S.O.E alliance, meaning either Soldiers of Everybody or Soldiers Over Everyone, with Northview Heights and some of the North Side Pittsburgh hoods that adopted the Crip moniker, which created one of the city’s tightest bond among separate gang areas.

Other alliances was with the Brighton Road section of the Brighton Place Crips, which was home to Brighton Place and the Mad Cave of Morrison Street ,or the North Side Pittsburgh gangs of the Gz, which consisted of the Manchester Gz and the Wilson Avenue Gz of Perrysville Avenue. 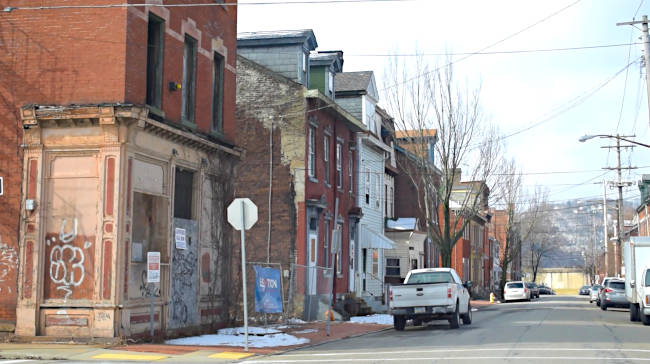 A community that has had its share of indictments and media attention is the Central North Side or Mexican War Streets, a community that was once home to the Hoodtown Mafia.  Hoodtown was one of the city’s most active neighborhoods within the Pittsburgh ghetto, while mainly being centered around Carrington Street.  But through numerous arrests during the 2000s and gentrification the neighborhood has mostly faded away.

Communities around Federal Street, the Lower Manchester area, and the Central North Side neighborhood are some of the North Side sections that are seeing the most rebuilding, but the process will eventually make its way to all communities that are south of Marshall Avenue. 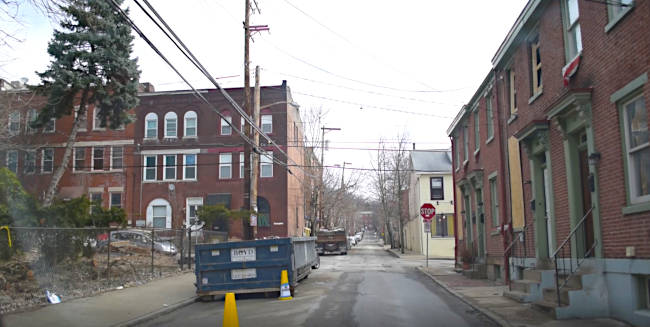 A dumpster sitting outside of soon to be renovated homes in the Central North Side section, formerly known as Hoodtown.

With the new construction and rebuilding, hundreds of former residents are being forced to relocate farther north into neighborhoods around Brighton Road like Marshall-Shadeland and Brighton Heights or further north along Perrysville Avenue.

Though a large section of the city, the actual Pittsburgh ghetto areas of the South Side were once strictly within the Beltzhoover neighborhood and the former St. Clair Village public housing complex.

With the South Side being known for the South Side Flats and the Carson Street entertainment district, an area of bars and restaurants, the other side of the South Side, just up the hill along 18th Street, has its own reputation.

A reputation includes the days of the Crips controlling much of the areas around Warrington Avenue or Brownsville Road to the days of the deadly conflict of Z Hoove, a short abbreviation for Beltzhoover, against the Darccide, the alias for the St. Clair Village housing projects. 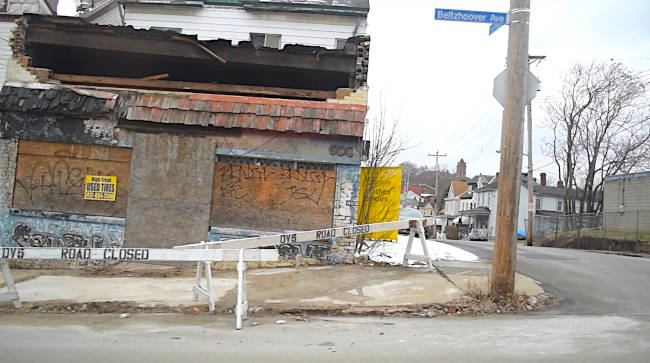 The heart of the Beltzhoover neighborhood.

Before Pittsburgh gangs and the introduction of drugs, the South Side was home to one of Pittsburgh’s oldest black communities, Beltzhoover, an area that dates back to the early 1900s.

The black population of the South Side further expanded as many were relocated from the historic black community of the Hill District, after urban renewal demolished sections of neighborhood, and were forced to move into the housing projects of St. Clair Village and Arlington Heights.

The urban community of the South Side officially became located in two areas, the old neighborhood of Beltzhoover, off Warrington Avenue, and the main two public housing complexes of the South Side, St. Clair and Arlington Heights. 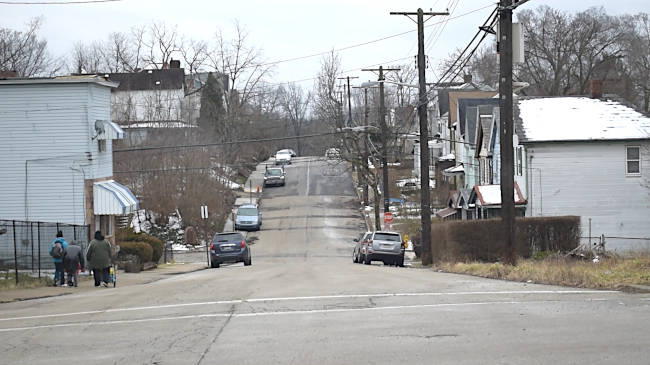 The heart of the Beltzhoover neighborhood.

With the troubles and reputation of the housing projects of the Pittsburgh ghetto, Arlington Heights and St. Clair Village, the city decided to demolish the two complexes.  This led to the relocation of residents into Knoxville and surrounding areas along Brownsville.

Currently, the South Side is a diverse working-class community with multiple racial groups, all mostly residing around Brownsville Road with the urban community slowing expanding further south into multiple areas.

2 The Old Atlanta: How the City Changed

3 Harlem, and the Streets That Once Were