Being California’s state capital and the popularity of Los Angeles and the Bay Area’s San Francisco and Oakland communities has often overshadowed the streets and urban communities of the Sacramento ghetto.

Before the adoption of Blood and Crip gangs, the city had old school Sacramento gangs affiliations like the Funk Lords of Oak Park and numerous others in the many urban neighborhoods of Sacramento.

North Oak Park Sacramento ghetto of the city’s South Side

Along with the Sacramento gangs, Sacramento hoods became feared and gained reputations like G Parkway, aka G-Mobb, that was rebuilt into Phoenix Park during 20004 after being known as Franklin Villa, an infamous housing complex.

While never being officially affiliated with a Blood and Crip gang, this South Sacramento housing project of Franklin Villa was located off Franklin Boulevard and had such a reputation that police would be scared to enter the complex.

Even though South Sacramento is larger and the most known side of the city, the cluster of communities on the North Side from El Camino Avenue to Strawberry Manor to Del Paso Heights has led to North Sacramento having many similarities as the South Side.

Map of the Sacramento Hoods and Gangs

*Above is a map that gives an example of the current state and location of the Sacramento gangs. Not Created by KultureVulturez.com

Much smaller than the South Side, the North Side’s Sacramento ghetto and urban areas are bounded and surrounded by highways, on all sides, while being separated from the rest of the city as the area seems as its own city with barriers segregating from other Sacramento hoods.

Even though the South Side has the moniker of South Sac Iraq, it should be noted that the North Side is just as active especially as neighborhood conflicts are easily escalated due to their close proximity to one another.

With the recent indictment of people affiliated with Strawberry Manor, not knowing if the arrests are just or unjust, should show how local law enforcement feel towards the ‘hoods and urban communities of the North Side of Sacramento.

Bloods and Crips of Sacramento might receive the most attention, but the Mexican and Asian gangs are just as active, if not more, as the Nortenos and Vietnamese, along with other Asian ethnic gangs, have contributed much to the occurrences of the streets.

History of the Sacramento Hoods

Long before the arrival of Sacramento gangs, black families were fleeing from racism and discrimination in the South and began relocating into Sacramento during a time when World War I & World War II provided numerous job opportunities for thousands of families despite race or ethnic background.

As industries were recruiting African-Americans from the south to work in their factories, Sacramento’s black population would eventually create communities in small pockets of the city, usually in the near distance of their place of employment.

Some of the city’s original black communities were in Sacramento’s downtown area, especially around areas that are today known as South Side Park and the Poverty Ridge area, while also establishing a base in the Del Paso Heights neighborhood. 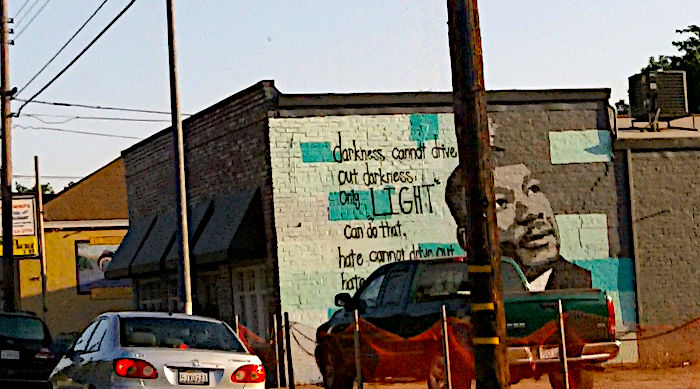 Sacramento’s black community was not only limited to those areas, there were also other African American neighborhoods like North Oak Park Sacramento, parts of Rancho Cordova like Lincoln Village, North Highlands, and Glen Elder.

While attempting to escape the problems of the south, many black families would face similar problems like being discriminated for certain activities or banned from living in any community that was not designated for them, problems that may have not been as extreme but still gave many families difficult times.

During the 1950s and 1960s cities across America were experiencing urban renewal that eliminated housing and businesses in the black community in replace of housing projects, highways or civic arenas, Sacramento was similar with the expansion of capital buildings and construction of the Sacramento Freeway (Highway 99) and Highway 50.

As urban renewal destroyed certain sections of Sacramento’s black community, many families relocated into areas like the Oak Park Sacramento community, which added to the already existing black population of the neighborhood.

While African-Americans were relocating in and out of different neighborhoods throughout the city of Sacramento, white families began to leave Sacramento’s inner-city neighborhoods for suburbs and communities outside of the city limits. 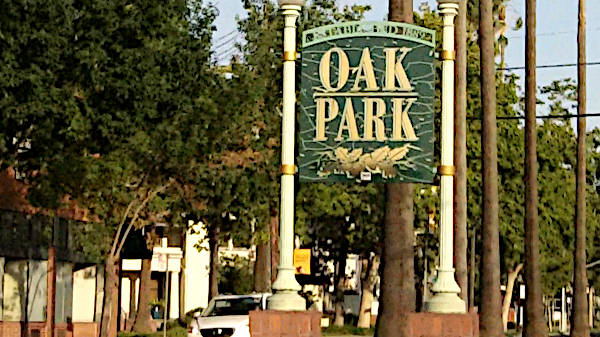 An Oak Park Sacramento sign as the community is currently gentrifying.

Today, like urban renewal, neighborhoods of the Sacramento ghetto, like Oak Park, are experiencing heavy gentrification, especially around Broadway with the relocation of businesses and longtime residents as the community is slowly entering a new era of new residents.

Being one of California’s most diverse cities as all races of whites, African-Americans, Hispanics and Asians equal almost a quarter of the population each, the lower income African-American and Hispanic communities have the most sought after properties in the city, especially the areas that are a close distance to downtown.