Style has been part of America’s urban culture for generations, but with the rise of hip hop during the late 1980s and 1990s many clothing lines became strictly based around catering to the whole hip hop culture and its urban movement.

Before America’s urban community had their own clothing lines many would wear Starter, which produced clothing of one’s favorite sports team, or the likes of Tommy Hilfiger, Nautica and Polo.

Clothing brand’s like Kangol, a company founded by a Polish man by the name of Jacques Spreiregen, were very popular with their signature bucket caps as this English company was very iconic during the early days of hip hop. Some of the first European clothing lines to be popular within urban culture were Marithé + François Girbaud of France, or Girbaud for short, and Bally’s, which was founded in Switzerland.

This is up for debate as many cities may differ as far what was trending in their community since the fashion culture’s popularity was not nearly as widespread as the times we are in now due to social media and the ease to spread influence throughout the country.

The Rise and Fall of hip hop clothing brands 2000s

The arrival of FUBU during the 1990s spearheaded a movement of urban clothing brands of 2000s that were strictly for the urban community and for the country’s hip hop culture.  The famous clothing line of FUBU was founded in the early 1990s by a group of African-Americans and by the late 1990s and early 2000s the company had reached its peak.

Following the rise of FUBU many followed suit, whether they decided to start after they saw the success of FUBU or the momentum of FUBU’s urban wear led to the popularity of other brands that were already established.

Eventually numerous urban clothing brands in 2000s, like Miskeen, Akademiks or Karl Kani, would become very popular to the urban crowd.  Other hip hop clothing brands included the likes of Lot29, a brand that was under South Pole, or LRG (Lifted Research Group) founded by a group of Asian Americans from New York and California. 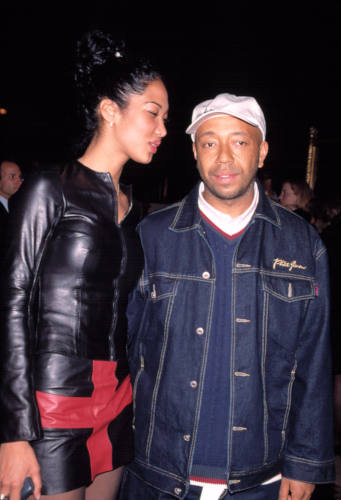 Hip hop and rap moguls would eventually get involved by creating numerous hip hop clothing brands during 2000s.  Some of the most successful being Jay-Z’s and Roc-A-Fella’s Roc-A-Wear, P. Diddy’s Sean John, or Russell Simmons’ Phat Farm.  Other artists would eventually come up with their own brands like State Property from Beanie Siegel, Outkast’s clothing brand, Nelly’s Vokal, or 50 Cent’s G-Unit.

While some clothing lines became established before others, the time frame for the era of urban clothing lines and brands popularity were between the late 1990s and the early 2010s.

Ironically, the majority of these urban clothing brands were not necessarily black owned clothing lines or created by people within the urban community, even though the many brands represented America’s hip hop culture and were labeled as hip hop clothing brands.

As the Polo brand became popular during the beginning of the 2010s the movement of urban clothing lines and businesses creating brands for their own community eventually came to a halt, mainly due to the marketing efforts that were promoted by the country’s top hip hop artists. Despite the efforts of European clothing lines, there are still some urban streetwear or black owned clothing lines like Nipsey Hussle’s Marathon, Dope Era out of the city of Oakland, or Milano Di Rouge of Philadelphia.