The city of Detroit is the true definition of the quote “If you can make it here, then you can make it anywhere.”  The streets within the Detroit ghetto have created and produced a number of entrepreneurs, businessmen, and hustlers, and not just the stereotypes of Detroit gangs members and drug dealers.

Before the 1970s, the Italian Mob, also known as the Detroit Partnership, had the most control in the streets of Detroit, from the beginning of Prohibition to the height of the heroin trade.  Between the 1970s and the 2000s, a new era of Detroit came into effect, in which the streets of the Detroit ghetto created a number of hustlers in the form of Young Boys Incorporate, Black Mafia Family, Pony Down, Cash Flow Posse, Dog Pound, and many more.

Most know of the activities of Detroit kingpins, especially out of state law enforcement and authorities who for the past few decades have had to deal with plenty of Detroit residents who make the out of state trip to double or triple their profits, which has been occurring since around the 1980s.

In a city of hustlers there cannot be a shortage of street legends. While the Italian Mob once controlled the city, things started to change with the likes of Blaze Marzette, one of the first true legends of the city’s underworld during the 1960s. During the 1970s is when the transition began to occur with the Italian Mob taking a back seat to Detroit’s street activity, led by the likes of Frank Nitti and Murder Row and the West Side’s Young Boys Incorporated, who allegedly made millions through the 1970s and the early 1980s.

As the crack era entered the city, the number of Detroit kingpins and street crews increased. Big Ed, Maserati Rick, Pony Down, a group of youths that were quite similar to YBI of the 70s, D. Holloway, who was more of an old school hustler with multiple revenue streams, and the Chambers Brothers, whose ambitious hustling tactics led them high profits, but also led them to their downfall.

The following years, into the 1990s and 2000s, the city would see a number of hood celebrities and hustlers who would profit much more, in the case of the Powell Brothers, and much less than the previous generations. The most famous were the two brothers from the West Side’s Puritan Avenue, Big Meech and Southwest T. From the West Side of Detroit, to becoming a nationwide crew, BMF was one of the largest groups of righteous hustlers to ever come out of the urban communities of any American city.

One hustle that was big in the city was murder for hire, also known as taking hits. The most notable were groups like the Brown Brothers and the Best Friends, who were around during the 1980s, and individuals like C. Jones, who was linked to over 50 homicides, and Chester Campbell. If Blaze Marzette was one of the first Detroit kingpins, then Chester Campbell was the city’s first true hitmen, working as early as the 1950s.

Today, the hustle of the streets within Detroit is still in effect.  Whether its trap houses, which explains for some neighborhoods consisting of many vacant lots due to the city demolishing known dope spots, or the occasional road trip crossing state lines.

A city that is mostly divided between the East Side and West Side has an unknown future as as outsiders are buying up property throughout the city, and numerous streets only consists of 2 or 3 livable houses on the entire block.

Detroit hoods map ranges from the West Side to the East Side of the city.  While this map may highlight Detroit gangs areas, though not specific gangs, the map truly breaks down all of the city’s ‘hoods from Exit 9 (Joy Road) to Chedda Ave. (Chalmers Avenue).

*The above map highlights current Detroit gangs, history of the streets and more. Not created by KultureVulturez.com but by CrimeInTheD Reddit page.

The Detroit black history story might raise the question of what led to the decline of this once All-American city that brought in thousands of jobs and was the birthplace of the automobile.

As the days of segregation were forcing the Detroit black population to be centered in one specific area, sections of the East Side became designated for the black community. These communities were Paradise Valley and the Black Bottom, with Hastings Street being the once heart of the city’s black community. 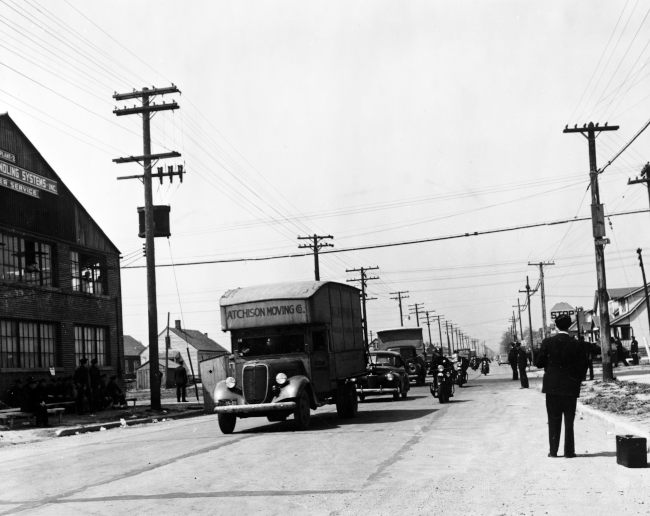 The Detroit black population grew during the early 1900s as southerners migrated from small towns in states like Alabama.  The movement of African-Americans into Detroit led to the population to grow over 100,000 by the early 1900s, mainly due to the employment opportunities in the automobile industry and wartime factories.

Before the city became predominantly African-American, Detroit black history had a reputation of much racial tension and conflicts due to the constant discrimination and racism towards the city’s black population. 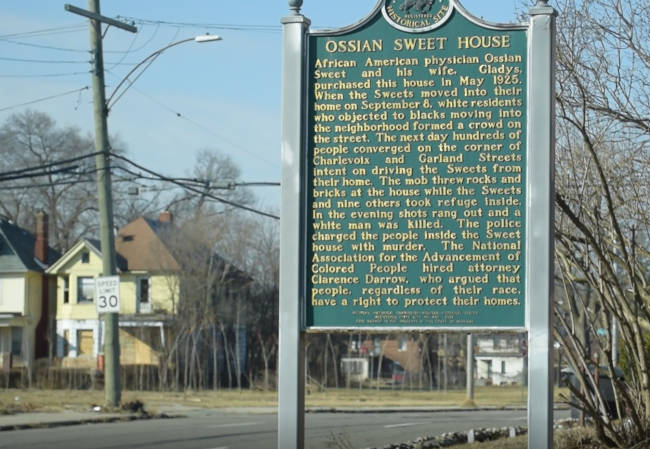 The biggest event of Detroit black history was the “Detroit Riots” of the summer of 1967.  After years of experiencing discrimination, the frustration led to a week-long riot of destroying neighborhood businesses and battling the law enforcement.

After the riot, the population loss of Detroit vastly increased, along with the loss of local businesses. Hundreds of families left the city of Detroit for Oakland County and other suburban areas during the 1950s and 1960s.  This made the majority of the residents to reside in the suburbs, rather than the actual city of Detroit.

The movement eventually led to 8 Mile Road to become the racial dividing line between the Detroit ghetto and the suburban communities of Oakland County.

The Detroit Ghetto of Today

The East Side versus the West Side, an often debate about what side is better, as the two have numerous blocks along streets like Joy Road and Mack Avenue. 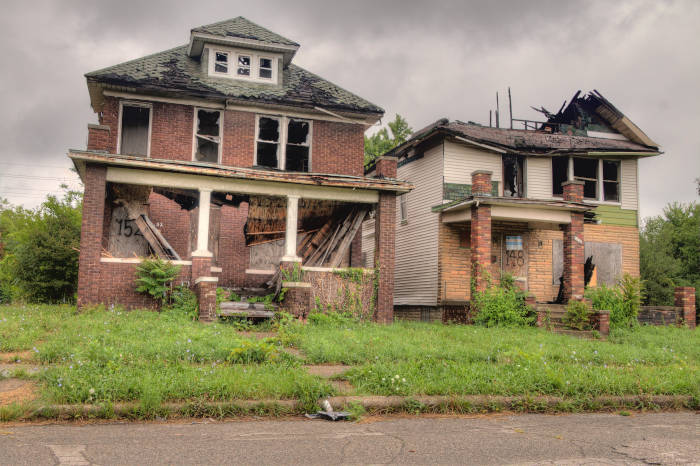 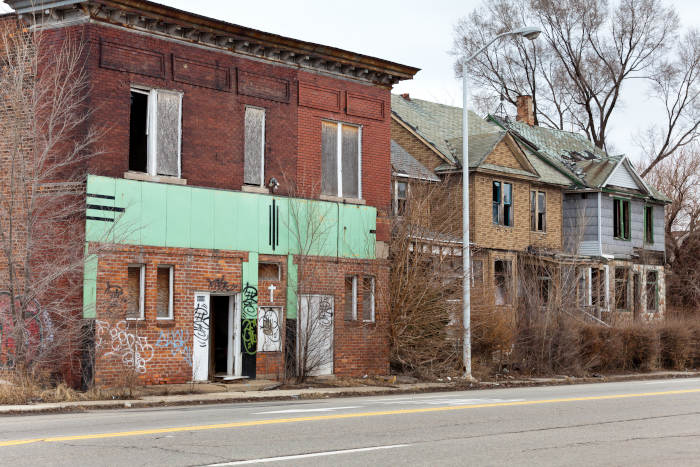 Outside of the West Side and the East Side, there is the Southwest section of Detroit. Southwest Detroit is home to the city’s Latino population, along with the black community of Southwest around McGraw and West Jefferson.

Currently, the city of Detroit has been losing residents year by year. Much of the city’s once black community have relocated across 8 Mile into the suburbs of Oakland County. As the population is decreasing, the number of vacant properties are increasing.

Many are optimistic about the future of the city of Detroit.  Currently, there is much rebuilding and revitalization attempts of the city’s downtown area.  On the other hand, the actual communities of the Detroit ghetto have seen very little rebuilding as companies and out of towners are buying properties throughout the city.

2 The Old Atlanta: How the City Changed…