Buffalo East Side: A History of Buffalo Gangs & Hoods

Some might know the history of the streets of the East Side of Buffalo with the GoodYear Crew, Sly Green and the L.A. Boys, or the old Juice Crew and Bailey Style Posse, but Buffalo gangs and neighborhood cliques originated during the late 1950s and grew during the 1970s.

Some of the Buffalo’s old school gangs were likes of the Matadors, Mad Dogs, and Manhattan Lovers, who were known as the biggest in the city as the three formed the 3M Nation.^

To go along with the 3M Nation, there was also the Pythons, which had different factions in the Cold Springs neighborhood and in Buffalo’s Downtown area in the Talbort and Ellicott Mall housing projects, Lamp City, Allahturks, and numerous others throughout the streets of the Buffalo ghetto on the city’s East Side.^

Old school Buffalo gangs were much different from the gangs, cliques and ‘hoods of the 1990s and 2000s with less violence and very little affiliation with drugs, there was more a community pride than the mindset of modern day gangs. 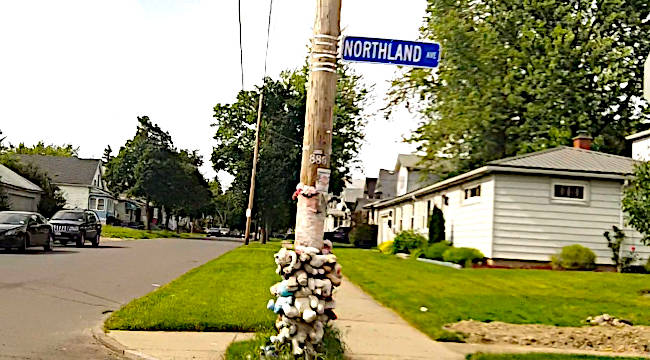 The period of the late 1980s and 1990s was one of the worse eras that the city has ever seen, due to the large amounts of violence from the introduction of narcotics into the community. During this period, people like Sly Green and the rest of his crew, who were often labeled as the L.A. Boys, had the city on lock during this time.

Sly Green’s reign would last until the mid-1990s as federal indictments led to his arrest. To some who identify with the street life, many will forever recognize Sly Green as the one and only true legend of Buffalo’s East Side.

While the LA Boys were all over the city’s East Side, there were a number of blocks that became notorious, blocks like Goodyear, home to the Goodyear Crew. After the L.A. Boys were arrested there was a void, and the Goodyear Crew filled it. In an area of other legendary ‘hoods like Montana Avenue, the Goodyear Crew would be the new kings of Buffalo, but only lasting until ’95 as indictments and arrests ended their short run.

Before Buffalo gangs took over the community of the East Side, Buffalo’s urban community and the city’s black population was located in a small designated area on the East Side, an area centered around William Street.

Buffalo’s black community would slowly expand into places like the Fruitbelt and Cold Springs around Jefferson Avenue, followed by other sections of the East Side as white families were leaving the city.

Even though the Buffalo black population has been around since the city’s early days most moved into the city during the great migration of African Americans, which occurred between the 1920s and the 1960s as black families were leaving communities in southern states.

In the beginning, Buffalo was one of the least segregated cities in the country with white and black residents living and working together. As newcomers, who were recruited by family members and companies that needed workers, came into the city of Buffalo the views of the black population began to change. With black community expanding, many to began to have bad feelings towards the city’s black population.*

The change was seen with discrimination, racism, and segregation as African-Americans were limited by the places they could live and on places they were allowed to work at.

During the 1930s, the government created the New Deal Act due to the affects that the Great Depression had on society, in turn this would help provide public housing in cities across the country.

The city of Buffalo originally built four public housing projects that included Kenfield, Perry, Lakeview, and finally Willert Park, which was the only housing project for black families that resided in Buffalo. 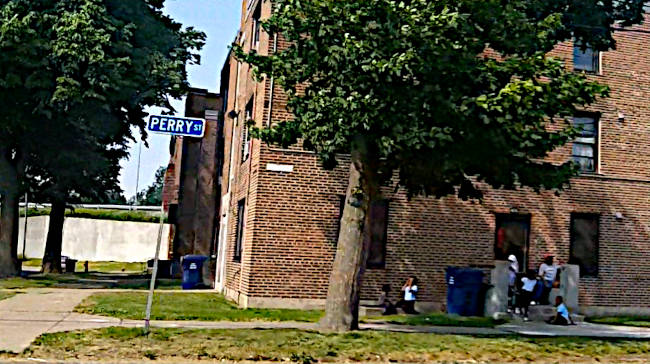 Starting in the 1960s, urban renewal helped the city to build 5 high rise developments, mostly on the East Side, like Kensington Heights, Ellicott Mall, and Talbert Mall.

According to some, the Ellicott and Talbert Malls, which were built between Michigan and Jefferson, helped changed the East Side by displacing hundreds from the community for the city’s construction of the two public housing complexes.

Eventually, the building of the housing projects and the easy access of transportation with the newly constructed highways led to many white families to leave the East Side of Buffalo and relocate into the suburbs.

When the projects within the Buffalo ghetto began to deteriorate as numerous apartment unit were vacant and/or in need of repair, most housing projects were sold, renovated or eventually became closed. With the closing of Buffalo’s original high rise housing complexes many were displaced into various communities throughout the East Side of Buffalo.

Currently, the East Side Buffalo communities are heavily dilapidated with numerous of vacant lots and houses throughout the East Side as some neighborhoods have a poverty rate of over 50%.

The national trend of gentrification seems to be making its way into the Buffalo East Side as construction and rebuilding in certain areas are in the beginning stages. As the East Side is filled with numerous vacant lots and properties, the community seems to be only destined to be rebuilt with East Side residents relocating to neighborhoods outside of the East Side, places like Cheektowaga.

As far as the streets, while during the days of Buffalo gangs like the Goodyear Crew or the L.A. Boys when violence in the streets had reached its peak, the streets of today should not be labeled as the same as times have become much calmer despite what some might say.

Note: All information is provided through people of the community, outside sources, and research.  Some information might not be current and/or 100% accurate.