Across town is a section known as the East End, or the East Side, which is mainly two separate areas, Smoketown and Shelby Park, as well two former housing complexes, the Clarksdale Projects and the Shepard Square Projects, both now demolished and rebuilt into smaller apartment complexes.

While the East Side and the West End are the main sides of town, with the West End being the largest, there are other sections of Louisville like the former Iroquois Homes on the South Side in the Hazelwood neighborhood or the large area of Newburg, just east of Louisville’s International Airport.

The map below breaks down the streets of Louisville’s West End and East End, along with the surrounding areas.  While some of the areas of the city may have local Louisville gangs, this map gives an insight into the specific areas of Louisville hoods within the city.

The main Louisville hoods of the East Side is Smoketown.  Smoketown is very old neighborhood and one of the city’s original black communities as black families have resided in the area since the end of slavery. Smoketown thrived until the 1960s and the 1970s as this small section of the East End began to decline as hundreds of families left the area, while opportunities and resources became scarce and limited to the remaining citizens of Smoketown.

Also, to build the neighborhood’s housing project of Shepard Square parts of the neighborhood, in an attempt of slum clearance of the Louisville ghetto, were demolished for the creation of the small housing complex that was located between Clay and Preston, just north of Lampton Street.

North of Smoketown was the Clarksdale housing complex, which was built during the 1940s strictly for white families during the days of segregation, but as the times changed so did the small neighborhood’s racial makeup.  Those two Louisville hoods of the East End were well known throughout Kentucky, along with the Jackson Woods complex of Shelby Park that is directly south of Smoketown and became populated as Smoketown’s community expanded into the neighboring area.

In today’s East End, gentrification within the Louisville ghetto has almost totally transformed the community with the demolishing of the two major housing projects of Clarksdale and Shepard Square, along with the constant rebuilding and renovations of the surrounding areas where the housing projects once stood. These small sections of the city that are just a short distance away from Louisville’s downtown are experiencing massive rebuilding.

Across town on the West Side is where the majority of Louisville’s original black communities were located, the city’s West End section, in areas of today’s Russell and Parkland neighborhoods.  The Russell neighborhood of the West Side slowly became the heart of Louisville’s black population with the thriving black business and entertainment district along Walnut Street, later renamed Muhammad Ali Boulevard, as African-Americans have occupied the area since the 1800s, but the community did not hit its peak until the early and mid-1900s. 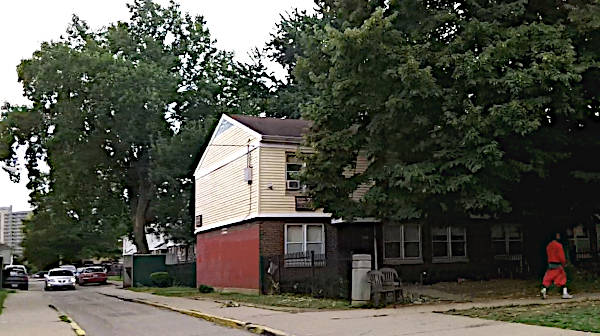 South of the Russell neighborhood is the Parkland and California areas, which were once areas of white and black families that lived in their own separate sections of the Parkland and California communities.  While white families lived around 32nd Street, Parkland’s black residents lived in surrounding areas with one area known as Little Africa that would later become the home to the notorious Cotter Homes and Southwick neighborhood.

Like other Louisville neighborhoods, African-Americans have lived in the area of Parkland since the 1800s, but during their time in the area of Little Africa the community allegedly began to decline and become rundown.  This led to the demolishing of the Little Africa neighborhood, or Southwick, and replacing the entire section with the Cotter Homes, but still referred as the Southwick housing projects.

Starting in the 1960s, the days of Louisville’s thriving black communities slowly began to come to an end as urban renewal replaced many businesses and homes with housing projects and other developments that forcefully removed the people and a steady economy from the city’s urban areas. 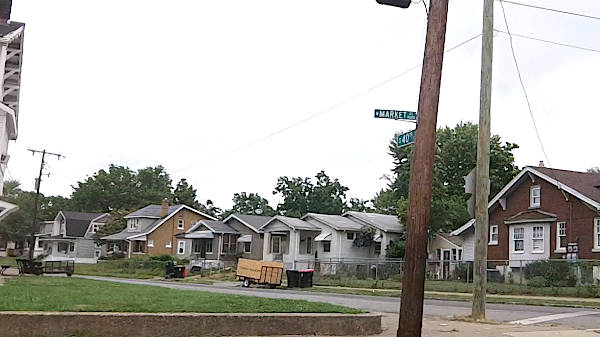 While the once Louisville hoods of Cotter – Lang Homes within the Southwick area have been completely rebuilt into the mixed income housing complex of Park Duvalle, the West Side is still mostly intact.  Along Market Street or along Broadway or in the projects of Beecher Terrace or 13th Street’s Park Hill, the West End is still the heart of the Louisville ghetto as families have been in this section of the city for generations.

2 The D: Timeline of the Detroit Streets