The streets of the Big Easy, or the Crescent City, cannot be compared to any other city in the country as deep embedded within the New Orleans hoods are cultures and lifestyle that are a rarity.

Within the urban communities of the once New Orleans ghetto, since gentrification is slowly taken over, there is much history, from places like Storyville, once known as the city’s old red-light district, to the Backatown section to the legendary 3rd Ward to the well famed historic district of Treme, just to name a few. 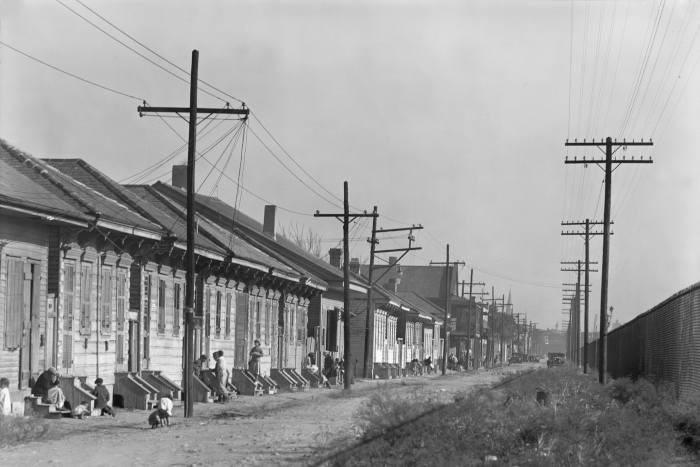 Generations later, long after all of the African American areas became well established, the tragedy of Hurricane Katrina widely affected New Orleans, causing a change in many of the city’s communities.

New Orleans’ Downtown section was once the home of the old St. Bernard, Iberville, Lafitte, Desire, and Florida housing projects.  Today, the area mostly consists of residential homes within the neighborhoods of 6th Ward, 7th Ward, 8th Ward, and the 9th Ward, divided between Lower 9 and the Upper 9.

As stated above, originally most of the New Orleans’ neighborhoods, preferably the housing projects, were segregated with them being strictly constructed for either white families or black families.

Within the housing projects, following the movement of white flight out of the projects, many would begin to decline and become plagued with problems, which would eventually lead to the beginning of the demolishing of numerous housing projects within the New Orleans ghetto. 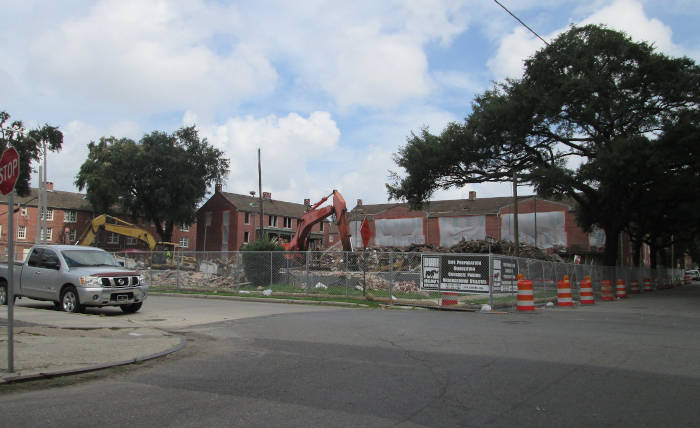 The demolishing of the Iberville public housing complex. Credit: Infrogmation of New Orleans/Flickr.com

Today, the housing projects are a memory with the new developments of Columbia Parc (St. Bernard of the 7th Ward), Faubourg Lafitte (Lafitte of the 6th Ward), The Estates (Desire of the 9th Ward), Florida (Florida of the 9th Ward), and soon to be Iberville.

An important fact about New Orleans’ Downtown neighborhoods is the history of African Americans, like Pontchartrain Park being one of the country’s first all-black suburbs.

The main focus of Downtown’s black history should be the neighborhood of Treme.  Treme was once a very successful and thriving black community with entertainment and black owned businesses that lasted until the 1960s after the construction of Interstate 10 destroyed most of the community, leaving only the Lafitte housing projects.

Maybe New Orleans’ most famous and known neighborhood, the 3rd Ward was one of the first areas that African Americans lived in the Uptown section of New Orleans, a community that was the former home of Hip Hop artists like Master P, Soulja Slim and Juvenile.

At one point the 3rd Ward was home to the majority of the city’s housing projects, especially after New Orleans began to demolish and closed many of its older housing project communities. The 3rd Ward once consisted of  the Calliope (BW Cooper), Melpomeme (Guste Homes), and the Magnolia (CJ Peete), which were all built between the 1940s and the 1960s.

With the rebuilding of many of New Orleans communities, the Magnolia became the new Harmony Oaks community, the Calliope is becoming the Marrero Commons, and the area of the old Melpomeme project is also being redeveloped.

Outside of the housing projects of Uptown New Orleans’ 3rd Ward there are neighborhoods like Mid-City, Josephine Street, Parkway, 3NG (Third and Galvez), and other blocks throughout the  3rd Ward. 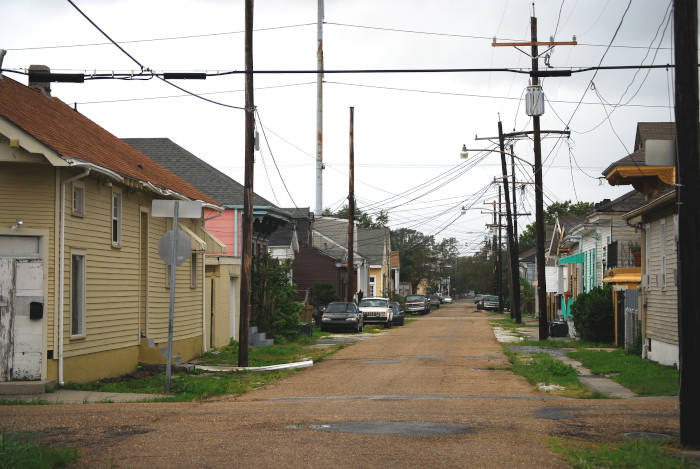 While most of the projects in Uptown are located in the 3rd Ward, the 10th Ward once consisted of the old St. Thomas development.  Demolished during the mid-1990s, this housing complex was once segregated with only white families once being allowed, but by the late 1960s many left the area as the 10th Ward became part of the city’s black community.

Neighboring the once St. Thomas neighborhood and the 10th Ward, are two communities that sit between Magazine Street and Tchoupitoulas Street, the 11th Ward and the 12th Ward, while the 12th Ward expands to Claiborne Avenue as General Taylor and Amelia Street being the main blocks.

Other communities include the 13th Ward, known to some as VL for Valence Street, and the large 17th Ward, former home of rap artists Lil Wayne and broken down into communities like Pigeon Town, Hollygrove, and Gert Town.

With the New Orleans ghetto of Uptown neighboring many affluent communities, neighborhoods that sit south of St. Charles Avenue or neighborhoods around Tulane University, and Katrina heavily affecting many Uptown areas, like the 13th Ward, gentrification has been making its way into the New Orleans hoods of the Uptown.

New Orleans East was one of the last sections within the city limits of New Orleans to be built as white flight from the older neighborhoods of New Orleans’ Uptown and Downtown led people to move into the newer homes and apartment complexes of the Eastern New Orleans community.

One key factor that helped New Orleans East to grow was the building of Interstate 10, which helped transportation from the isolated area of Eastern New Orleans to downtown and other business districts of New Orleans.

New Orleans East was once a mostly middle-class white community until African-Americans gained most of the power in the local government, during the late 1970s, which helped families to leave the city and relocate into other parishes (counties), making New Orleans East to become predominantly black by the 1990s.^

Like Eastern New Orleans, the West Bank and Jefferson Parrish became a community during the middle part of the 1900s, as people were leaving the urban neighborhoods of the city of New Orleans.

But as people again relocated the community of Jefferson Parrish started to change when many black families moved into the West Bank neighborhoods, outside of the already small black communities that had already been around for generations, like the Algeris community .

After Hurricane Katrina, and continuing with gentrification in the city of New Orleans, the black population of the West Bank surged and became even larger as many were displaced from their original communities of Orleans Parrish.

While the 15th Ward and the Fischer Projects and Christopher Homes held the reputation for the New Orleans ghetto of the West Bank, other areas that have also been reputable included Kennedy Heights, Terrytown, Bridge City/Westwego, sections of Marrero and Harvey,  as well Gretna’s Jones Town, Out In The Green, and McDonoghville.