In the second largest city of Oklahoma there has been a long association with many stereotypes, from the much street activity that occurs within the streets of the Tulsa ghetto to the various Tulsa gangs that roam the city, but there is more to this small city that has often been referred as Thug Town. Below highlights some of the most known Tulsa hoods in the city, from the North Side to South and East Tulsa, a description of the city’s urban areas. 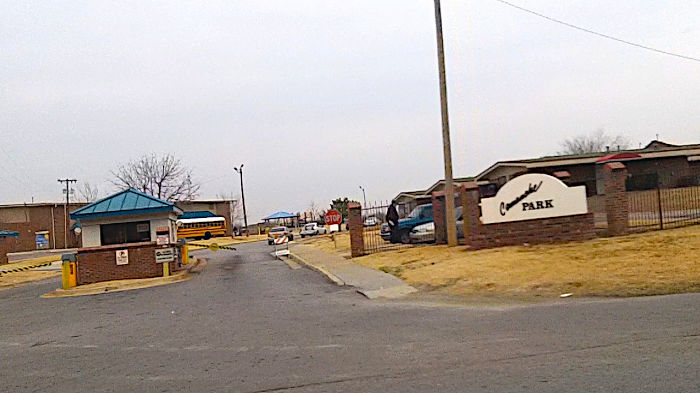 Without question, Comanche Park was once viewed as the most notorious of all Tulsa hoods, a large complex that held down the intersection of 36th and Peoria for years. A reputation that was built during the 1980s and only grew during the 1990s and 2000s to a point where the complex consisted of constant police raids, round the clock police and foot patrol, and eventually became a gated community.

Built during the 1970s, Comanche Park quickly became the largest public housing complex in the city of Tulsa. While the reputation of Comanche Park is more of the past, the complex is currently set for demolishing and rebuilding into a mixed income community by the mid-2020s.

Not a neighborhood, but an area that is centered around the intersection of 46th and Martin Luther King, possibly the city’s most frequent intersection, with the well known convenience store Super Stop. The area of 46th and MLK is also an active area of Tulsa gangs, from the Neighborhood Crips of the Squeeze Team to various other gangs in the area, like Hoovers or non-affiliated cliques and sets like 4800 Denver Blocc Hustle Gang (Denver and 48th Street).

Once again, not a neighborhood, but an area that resides along 56th Street, between MLK and North Peoria. Two of the city’s most infamous and most notorious hoods are located in the area of 56th Street, Frankford Blocc and the first hood of the Red Mob Gangsters, around 52nd and Frankford. An area of Hoovers and Bloods, this small section of North Tulsa has breed some of the most influential gangs in the city, two of the largest Hoover sets, Frankford Blocc and Garrison Blocc, and 52RedMobGangsters, a set that has expanded across the city, becoming the largest Blood affiliation in the state of Oklahoma. 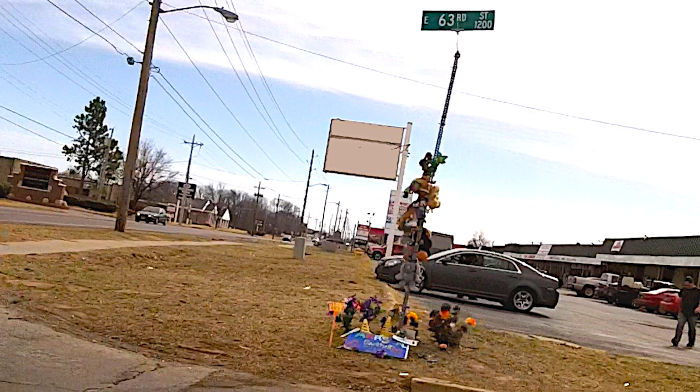 While the streets and the majority of the Tulsa hoods have been located in North Tulsa, South Tulsa’s South Peoria Ave. and 61st Street has long been recognized as one of the most notorious sections of the city. An area of low income apartment complexes has often seen the light of television cameras with activities of South Peoria often being broadcast through the news. Street activity has been occurring in the area since the 1990s, as low income residents have been within the community since the 1980s, if not before.

While the actual area of Turley is a township, a not an official city, in Tulsa County, the actual hood of Turley is around 63rd and Martin Luther King Blvd. While years ago, the heart of the streets were mostly located in the city’s housing projects, but the hood officially known as 6300 Deep Turley is been among the conversation as one of the most active Tulsa gangs, aligning themselves under a Hoover Crip affiliation. 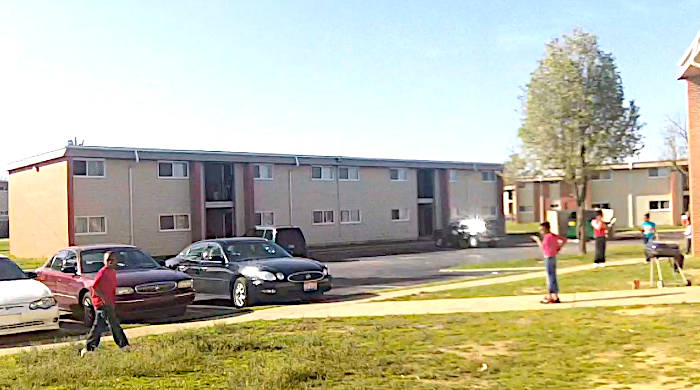 Much more reputable and well known back in the day, Vernon Manor became notorious between the 1980s and 2000s, being privately owned public housing complex. Built during the late 1970s, Vernon Manor would quickly came infested with problems. From crime to unlivable living conditions, the 1980s and into the 1990s and 2000s Vernon Manor’s reputation among North Tulsa residents was one of the worse. Eventually the complex was sold, possibly multiple times, and was later renamed into Bradford apartments.

The heart of West Tulsa is within two section 8 housing complexes on the city’s West Side, Western Pines and Riverview Park. Based around 23rd Street and known for a strong Hoover Criminal affiliation, the area of West Tulsa has been around since the 1970s, with urban renewal beginning in the area officially known as Eugene Field during the 1960s. While not as notable as South Peoria and the various North Tulsa hoods, 23rd and Maybelle has still been a reputable area. Currently the former housing complex of Riverview Park has been demolished as the city plans for gentrifying and revitalizing the entire area of West Tulsa.

Though isolated from the heart of North Tulsa, not nearly the amount of activity as other sections of the city, but the area of Apache Street between N. Harvard and N. Yale has a history throughout the Tulsa streets. A neighborhood that was built during the 1940s and 1950s, Louisville is somewhat mixed, with black families living closer to Apache Street. Apache Manor, built by the start of the 1970s, was one of the city’s first housing projects. As times went on, the Tulsa gang culture infiltrated the streets of Apache Manor and Louisville Heights, becoming the most “Red Rag” and Blood affiliated area in the city.

The heart of East Tulsa sits east of I-44 and north of Hwy 51. With an Hispanic population of close to 20%, the majority reside on the city’s East Side, an area that began to change by the 1980s. Home to apartments and neighborhoods along S. Garnett Road, East Tulsa is the largest section of Tulsa gangs that come from a Hispanic background. Gangs like South Land Wicked, Latin Kings, Florencia 13, and Hispanic affiliations, while also an alignment black gangs, like Neighborhood Crips and Bloods, roam East Tulsa. 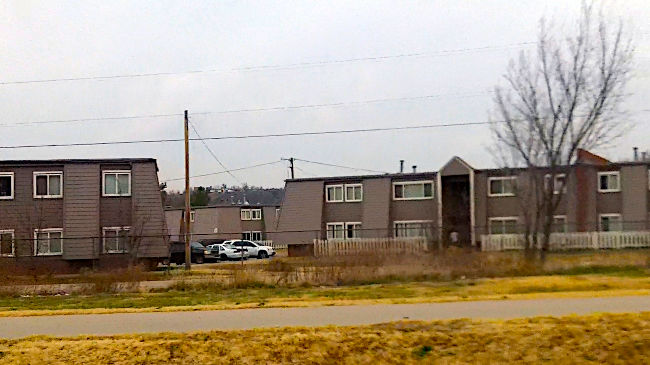 Multiple honorable mentions are the numerous housing complexes scattered throughout North Tulsa, like Morningstar, Towne Square, Mohawk Manor, Seminole and Whitlow apartments, and Osage Hills. The reputation of many of the housing projects are of the past, with many being rebuilt or applying stricter policies in the community.

Originally, the housing projects were built to help families get on their feet with affordable housing as a way to start a family’s process of becoming self-sufficient and self-reliable. The construction of the housing projects led North Tulsa’s white population to leave the area due to the fear of stereotypes. While by the 1990s housing projects had numerous problems and became well known for Tulsa gangs and street activity, eventually many became gated communities, applied strict policies on residents, had round the clock police and security patrols and presence, or became rebuilt.

Another honorable mention is near the intersection of MLK and Pine. While today, MLK and Pine is almost the mecca for Neighborhood Crips in the city, from Rollin 60s to 111 NHC, this area was near the former legendary community of Greenwood. While racist mobs attacked and burned down the original thriving all-black Greenwood district, the community eventually was rebuilt. Despite rebuilding the community, the city of Tulsa proposed urban renewal of Greenwood and surrounding areas during the 1960s, with the construction of projects like Interstate 244. By the 1970s, this eventually pushed many to public housing projects or further into North Tulsa, while white flight began to occur from the North Side.

**The above map was not created by KultureVulturez.com. Click map legend to toggle through various ethnic gangs**