While the ending of the Apartheid was supposed to make life for blacks in South Africa better, but in places of the South Africa slums like Western Cape, where South African gangs often roam in impoverish communities of the Cape Flats, that is not the case.

Gangs in South Africa can be dated back to the early 1900s, but around the time of the 1970s is when modern day Cape Town gangs, and gangs in other South African cities, were truly developed.  Starting from the prisons and widely expanding into the streets of the slum neighborhoods.

Gang activity of the Cape Flats in Western Cape, which is within the large South African city of Cape Town, has helped the community to become labeled as one of the most dangerous places in the world. 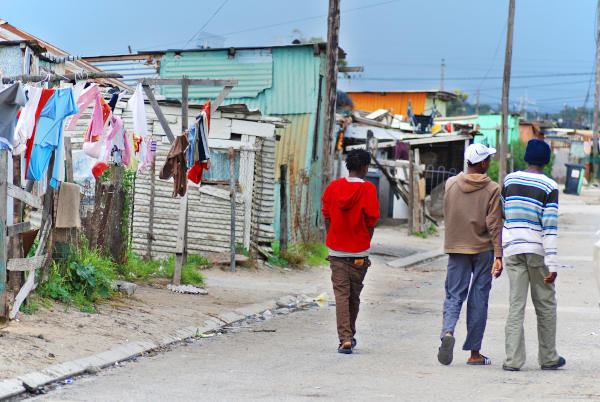 The heart of the South African gangs activity is in the Cape Flats, a large area that has built a reputation of dangerous neighborhoods like Mitchell Plains, Philippi, Elsies River, Nyanga, Delft, Bishop Lavis, Khayelitsha, and a handful of other Cape Town slums communities.

With the communities that were just name, which only represent a percentage of the dangerous areas of western Cape Town, there has been an uproar from the civilians who are tired of Cape Town gangs infiltrating their communities.  This has led to government officials to step in, mainly sending in troops to combat the local gang problems.

Some of these communities have poverty that is some of the worse to be seen in any large urban city across the world as communities consists of residents living in tiny shacks or rundown apartment buildings, depending on the neighborhood. 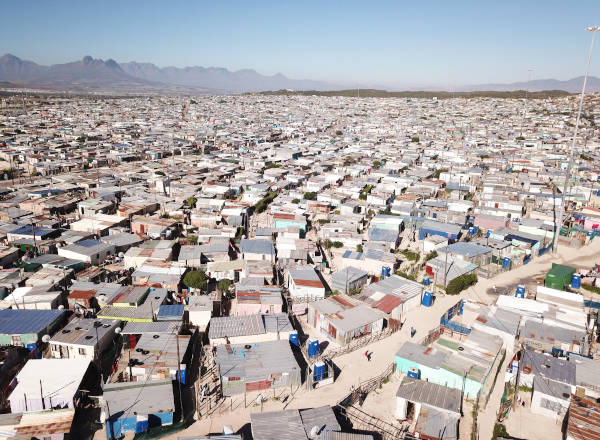 One can say, the main contribution to the violence is poverty that has led the Cape Town slums and the gangs within to create and establish a large drug market, whether it is marijuana, meth, cocaine or heroin as the city of Cape Town has become a hub for drug traffickers with the city having one of Africa’s largest ports.

Some of the main South Africa gangs of the Cape Flats that have engage in violent turf wars include the Hard Livings, SexBoys, Mongrels, Americans, 28s, Junky Funky Kids, Rude Boys, Dixie Boys, Ghetto Kids, and many more.

Currently, the Cape Flats has hundreds of thousands of residents living within the community, a total that easily equals over a million. As constantly stated, poverty is some of the highest in the world and violence is much higher than the United States’ most dangerous cities.  In one year, the area of the Cape Flats has seen hundreds of homicides alone, a number equaling close to a couple thousand, if not more. 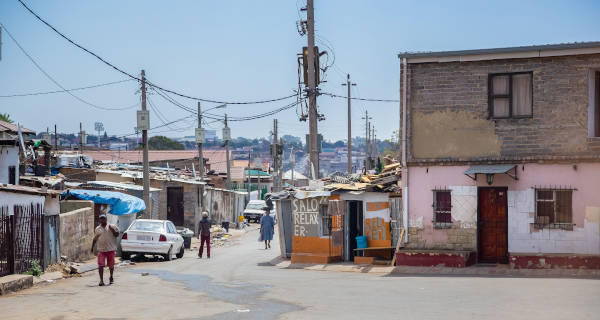 In another South African city, Johannesburg, though not as active as Cape Town, has its own reputation of gangs and notorious neighborhoods. Areas like Berea, Yeoville, and Hillbrow have proven that the Johannesburg slums and other impoverish communities of South Africa are just as dangerous as Cape Town.

Unlike the compressed tiny shack communities of the Cape Flats, in the South Africa slums of Johannesburg the people mainly reside in high rise apartment buildings, especially in Hillbrow and Berea, the home of Ponte City, a former high rise public housing complex that was infamous during its existence. In the neighboring community of Yeoville, some streets may resemblance the city of Detroit or other impoverish communities of the United States.

Brief history of the Cape Flats, during the apartheid, when the city was under white rule, many Africans were forced out of their homes and communities and were placed in designated areas known as the Cape Flats.  This was due to the Group Areas Act, a law that led to the takeover of ones land.

With the removing of residents, many families, and society as a whole, lost structure, foundation, culture, and stability as the disenfranchisement led to poverty and a lack of resources.  This almost always leads to crime as gangs replace the former family structure.

The ending of the apartheid, an era of massive discrimination and racism, did not make things better, meaning circumstances for many did not just turn around following the end to South Africa’s white rule.  The Apartheid built communities of the Cape Flats have become havens for crime and other activities as a journey through the neighborhoods of the South Africa slum will show people with very little resources while living in extreme poverty. 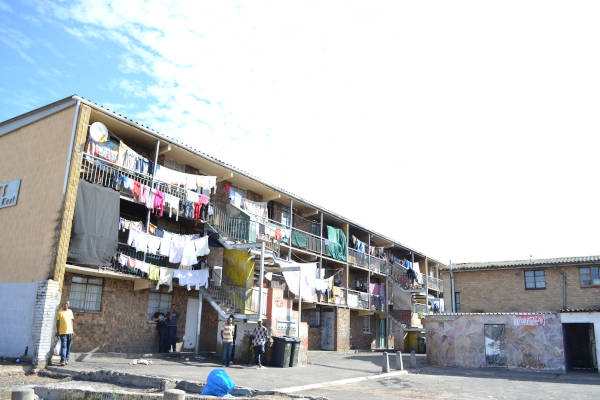 To summarize, the Apartheid truly changed the makeup of the South African communities. The impoverish and gang infested communities of today were purposely designed during the Apartheid.

Gang activity has been around for generations, but decade by decade the South Africa gangs increase their activities with crimes and violence as authorities would turn a blind eye to their doings, unless it affected the white communities.

In recent years, the government has stepped up efforts with military patrols in dangerous neighborhoods, the passing of gang laws, or setting up programs and organizations to help stop the problems of the communities.

The activities of gangs have evolved over the years, from providing a sense of belonging to having political ties and helping with political campaigns to modern day violence and full fledged street wars.

With the country having around 29% of its citizens unemployed and a poverty rate of 55%, as of 2015, despite a slowly growing economy that is based around tourism and natural resources, like platinum and gold, South Africa gangs activity does not seem to be slowing down anytime soon.

Burke, Jason. “Only we can change things’: life in the gang-ridden other side of Cape Town”. The Guardian, 21 October 2019. https://www.theguardian.com/cities/2019/oct/21/only-we-can-change-things-life-in-gang-ridden-other-side-cape-town

Somdyala, Kamva. “Gangsters are fighting back, but they will not win, vows Fritz as army keeps watch”. News24, 27 July 2019. https://www.news24.com/SouthAfrica/News/gangsters-are-fighting-back-but-they-will-not-win-vows-fritz-as-army-keeps-watch-20190727