While break dancing, graffiti, and most importantly the genre of hip hop was all created on the East Coast, New York City specifically, southern rap has held the reign of being the most influential market in hip hop since the beginning of the 2000s, with Texas rappers right in the mix. Texas hip hop opened the doors for southern rap music, and has produced some of the rap game’s all-time greats and most classic records. 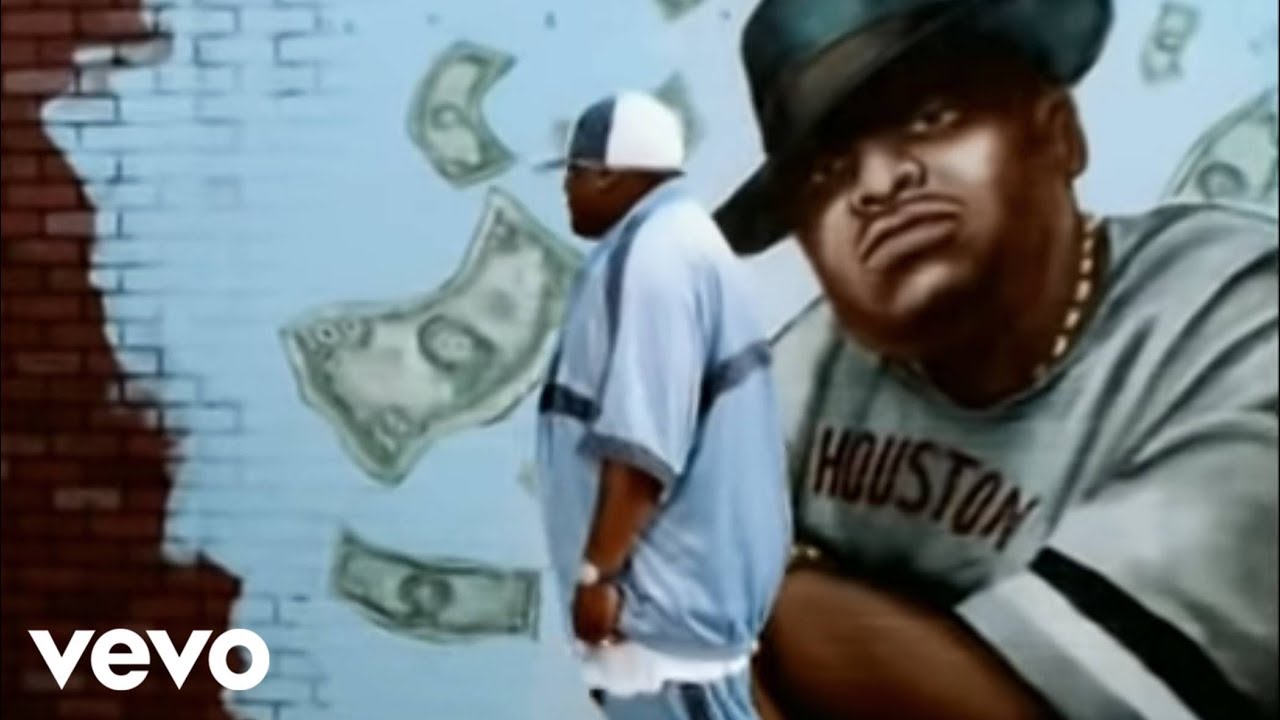 Often considered as the greatest southern rapper of all-time, or in general one of the greatest in all of hip-hop, Scarface’s legacy states that his influenced on hip-hop and the rap game cannot go unnoticed. Known for a number of classics and southern hits, working with the likes of 2Pac, Jay-Z, and many more hip-hop legends, respect for Scarface’s artistry has reached well beyond the streets of Houston, Texas. A long historic career that gained a global fanbase. 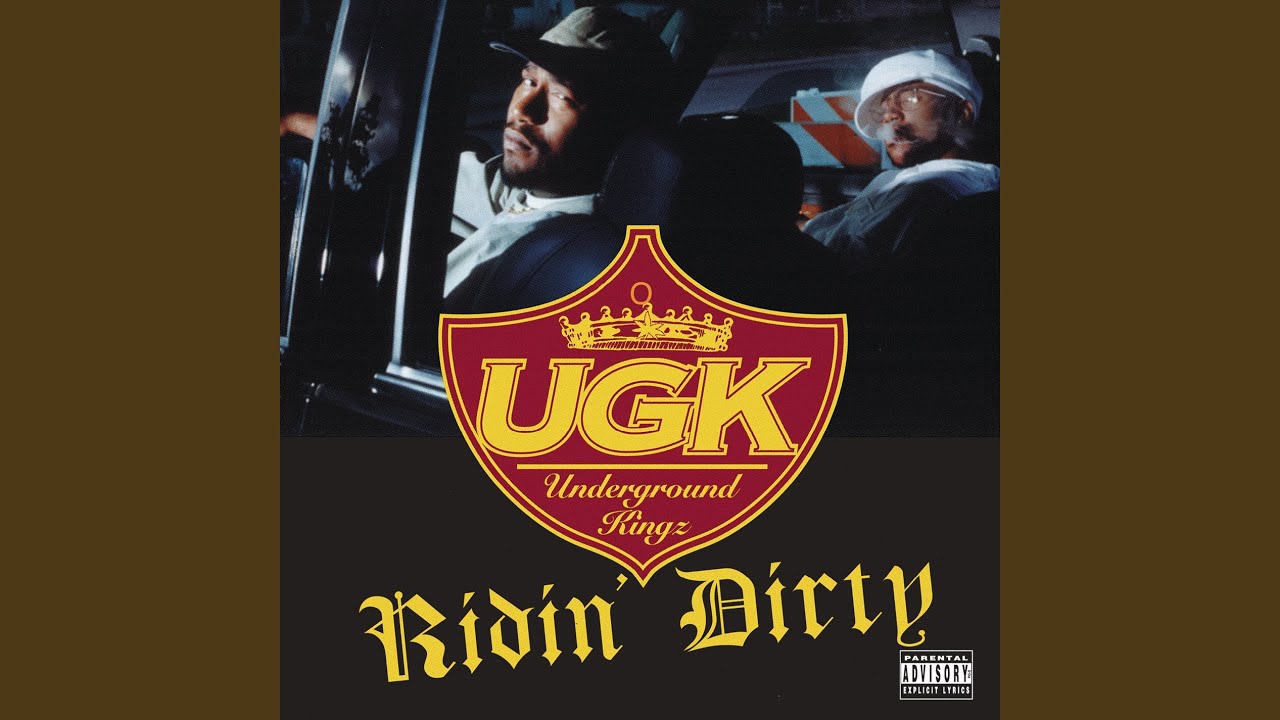 UGK may not have been the first but were the most inspirational southern rappers. The Underground Kingz from the small town of Port Arthur came into the game during the late 1980s and eventually released their debut album Too Hard Too Swallow. An instant success, UGK first known hits were in 1992 with “Something Good” and “Pocket Full of Stones.” Continuing with Super Tight, but Pimp C and Bun B took over southern and Texas hip hop with one of the best rap albums ever put together, Ridin’ Dirty. Dirty Money, Undgerground Kingz, solo projects of both Bun B and Pimp C, the UGK catalog is without question one of hip-hop’s best. 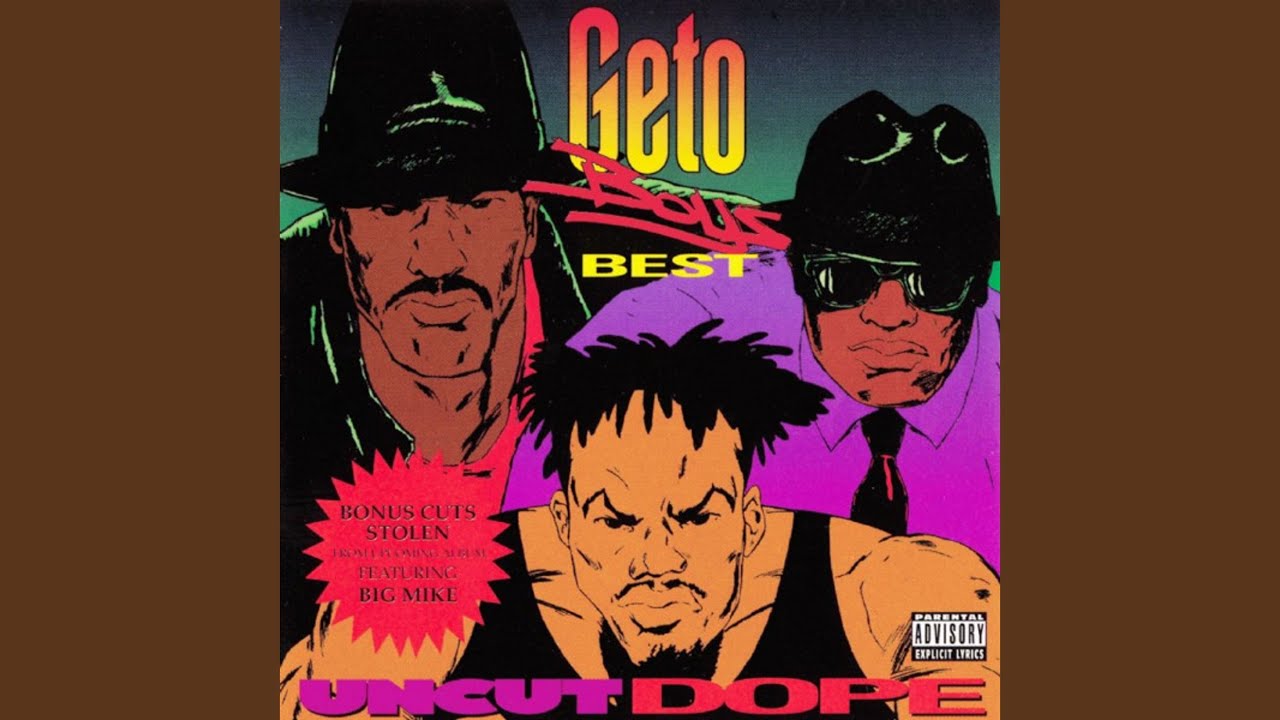 The pioneers and the first true southern and Texas rappers, Geto Boys opened the door for artists from the South that inspired to become rappers in hip-hop.  Founded and created by the legendary J. Prince and Rap-A-Lot Records, Bushwick Bill, Scarface and Willie D, from the late 1980s to the early 2000s, released seven albums and became famously known for the hip hop classic, “Mind Playing Tricks on Me”. 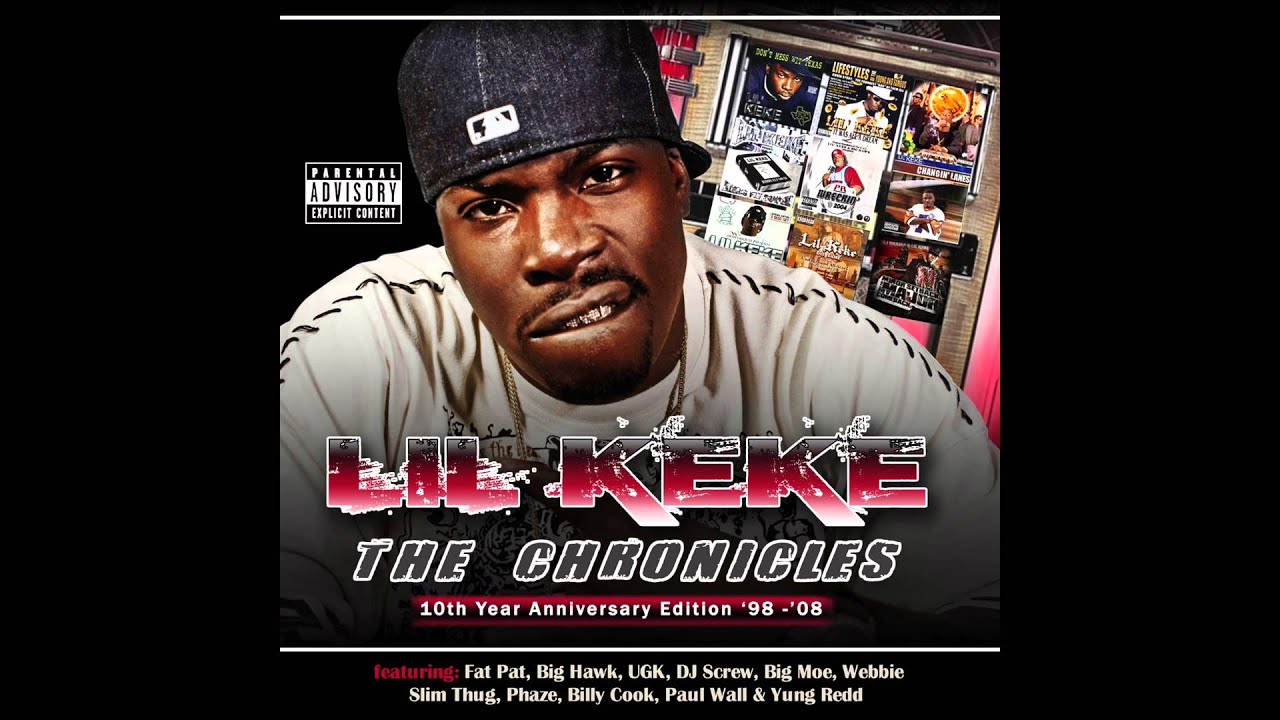 One of the greatest southern lyricist and the original “Freestyle King,” Lil Keke was the top standout artist of the Screwed Up Click, before venturing into a successful career as an artist building his own brand. A slew of mixtapes and albums since the 1990s, and continuing well into the 2020s, Lil Keke would go onto have a solid catalog of hits like, “South Side,” “Chunk Up The Deuce,” “I’m A G,” “Pimp Tha Pen,” and many more. 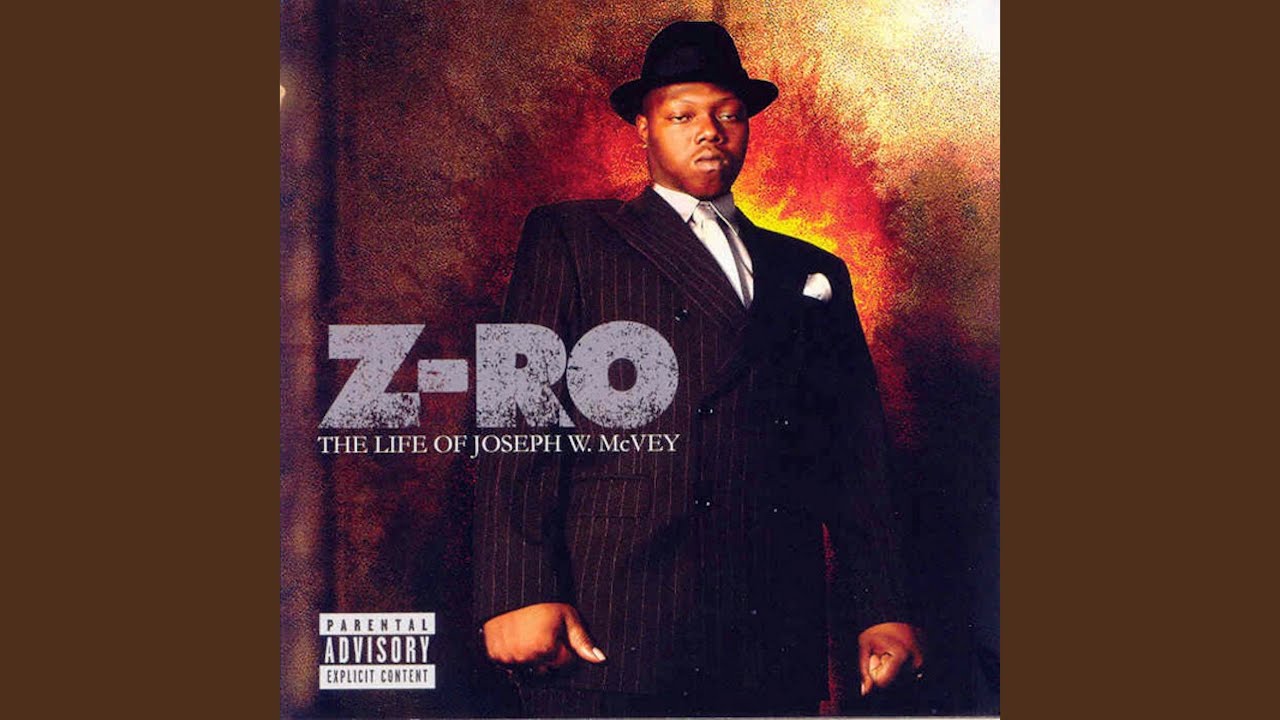 The Mo City Don, Rother Vandross, Rohammad Ali, or the man officially known as Z-Ro, has been long known for his gangster harmonies and melodies. Z-Ro began his career with the S.U.C and with the three person group of Guerilla Maab, which also featured Trae Tha Truth, until officially debuting his solo career with Look What You Did to Me. Consistently releasing music and gradually gaining fans, fans that became known as ‘Ro Heads, Z-Ro received his big break with Rap-A-Lot’s The Life of Joseph W. McVey and the song “I Hate You B****.” Years of releases through the 2000s and 2010s, and becoming well known for his harmonic hooks and chorus, Z-Ro would become everyone’s favorite rap artist within the Texas hip hop scene.

Representing the Nawf Side of Houston, Slim Thug was the first big named artist of the Swishahouse. With the Swishahouse being the North Side’s S.U.C, Slim Thug would dominate the rap scene with his freestyles and performances. Following his stint with the Swishahouse, Slim Thug would begin his career becoming the Boss of all Bosses. Joint mixtapes with Houston legends like Lil Keke, ESG, and Z-Ro, putting together the legendary era of the Boss Hogg Outlawz, which featured J-Dawg, Killa Kyleon, and others, featuring with Beyonce and Gwen Stefani, releasing classic albums like Boss of All Bosses and Already Platinum, and the list goes on. 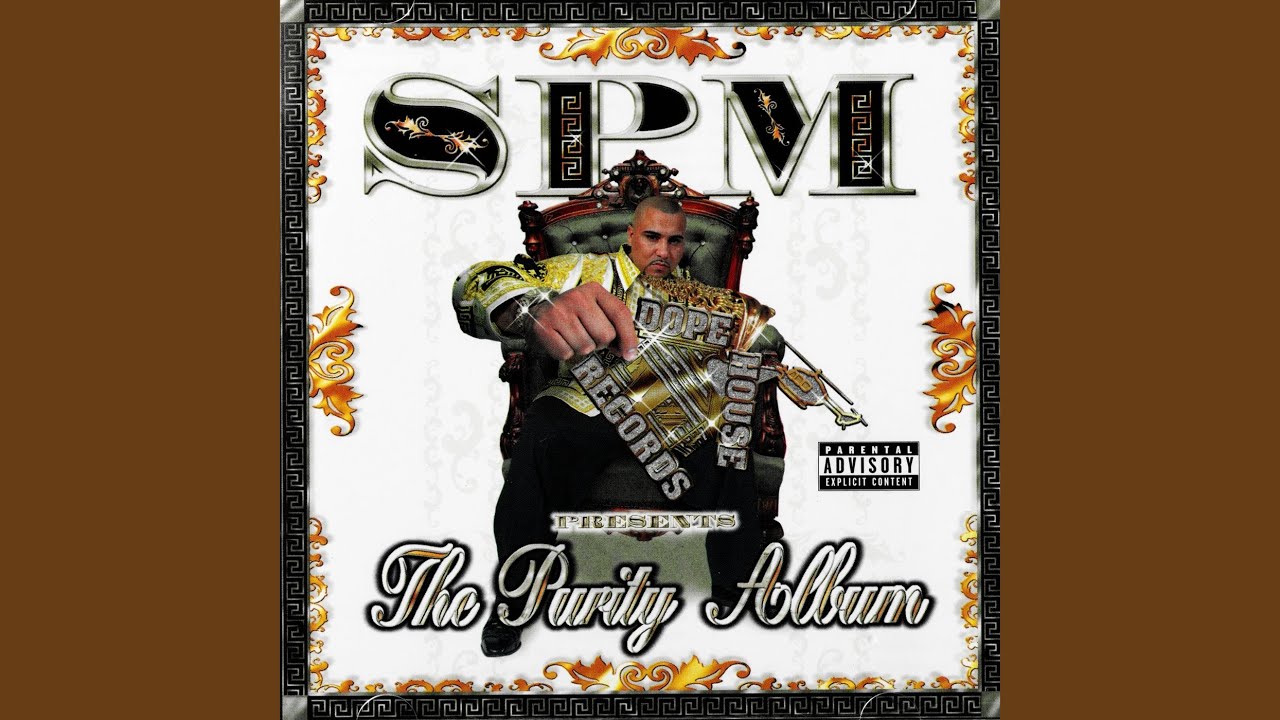 One of the first Mexican and Hispanic rappers to truly build buzz within hip-hop, SPM was a legend during his time on the streets, releasing classic after classic. Currently incarcerated, the catalog of South Park Mexican is undisputedly laced with music that has transformed a culture of hip-hop from not just solely being within the black community. 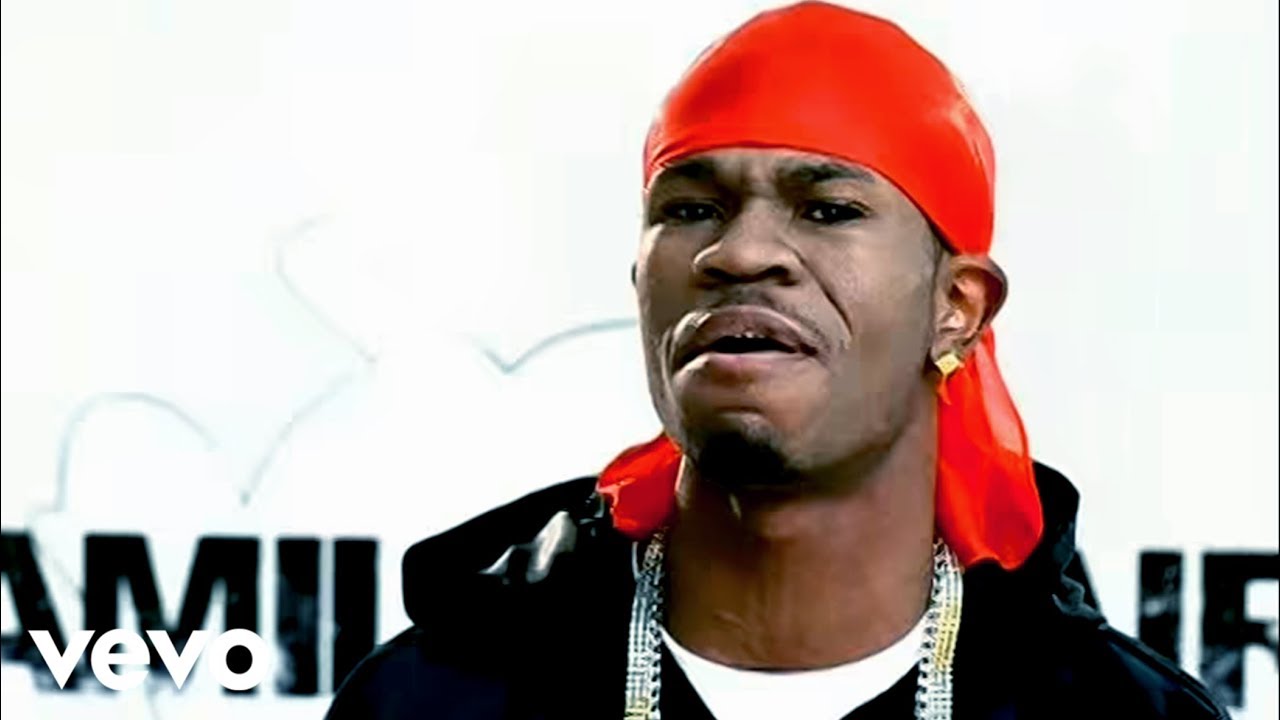 Before becoming a mogul and involved with the tech world, Chamillionaire began his career working with Swishahouse and working alongside Paul Wall, releasing the underground classic Get Ya Mind Correct. Following his time part of a duo with Paul Wall, Chamillionaire’s solo career took off following the mixtape Mixtape Messiah with The Sound of Revenge and the hit song “Ridin’.” 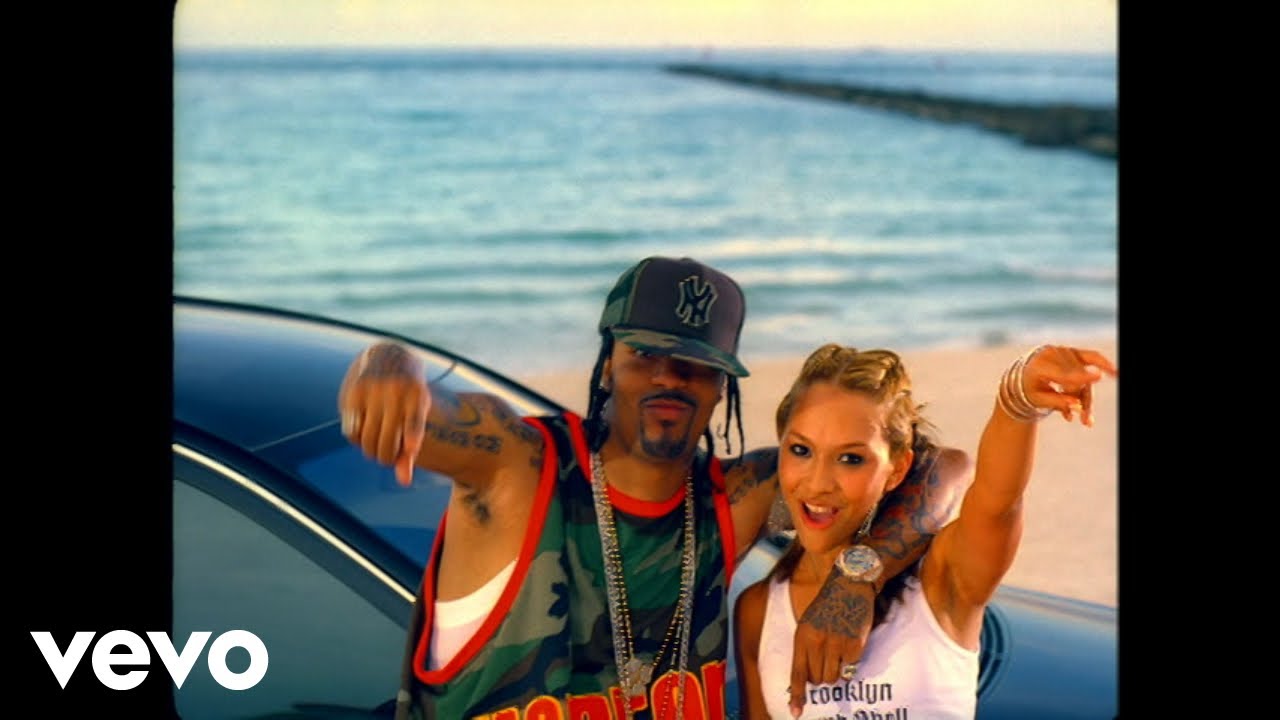 Once one of the youngest members of the S.U.C., Lil Flip was anointed the Freestyle King. Soon following, Lil Flip became the first rapper in Houston to gain nationwide success during the 2000s, releasing the hit “The Way We Ball” and his classic album Underground Legend. 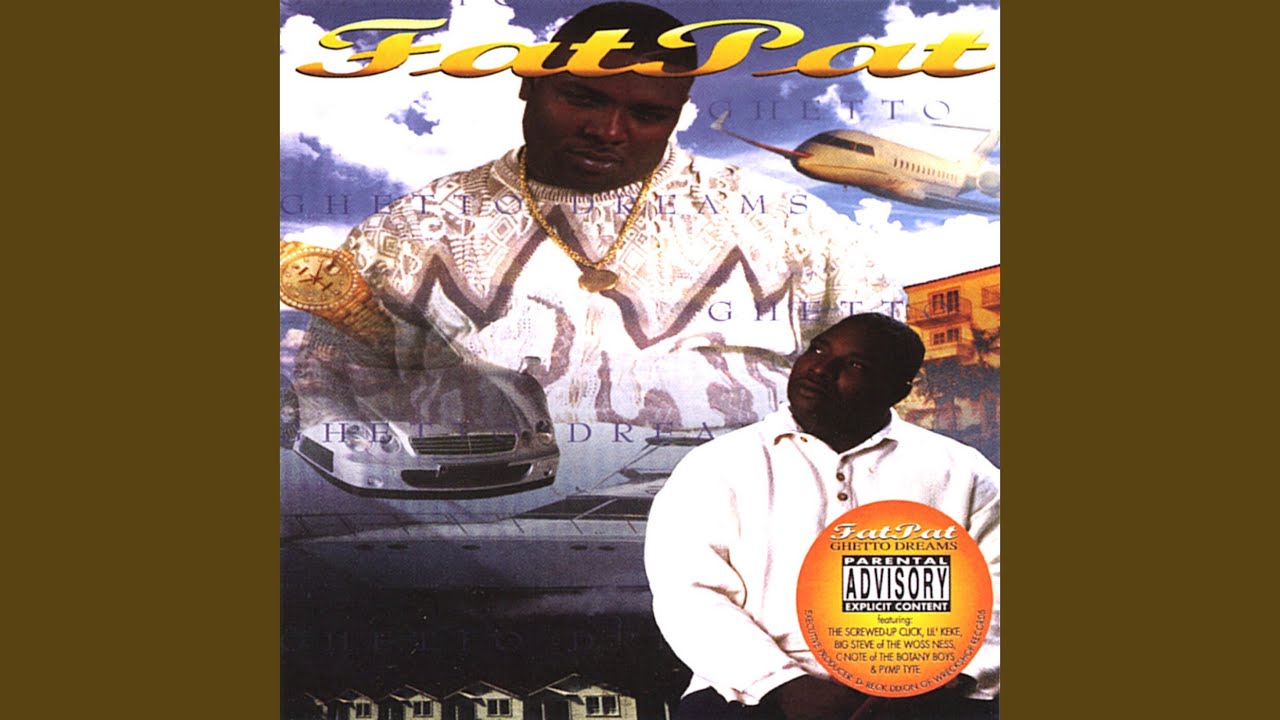 Known for the classic “Top Drops” and the album Ghetto Dreams, Fat Pat was once Houston’s biggest artist, and possibly the number one Texas rapper of the S.U.C. Unfortunately, his career and life was cut short, but Fat Pat still remained in everyone’s speakers, leaving a legacy as one Houston, Texas greatest to ever pick up a microphone.

Another Houston legend gone too soon, Big Moe, a former member of the S.U.C., was one of the first rappers to harmonize and add melodies to his music. Big Moe became known for songs like “Barre Baby,” “Just A Dog,” “Purple Stuff,” “Mann,” and more locally and regionally known hits. In all, Big Moe recorded three albums before his passing, City of Syrup, Purple World, and Moe Life.

Starting his career with the Swishahouse, Paul Wall was one of Houston’s main artists that brought light and national attention to the city during the early and mid-2000s, following the hit “Still Tippin’.” While not one of the OGs or original Houston, Texas rappers, Paul Wall became the biggest star in the city, alongside Mike Jones, Lil Flip, and a couple others during the 2000s. Two classic albums The People’s Champ and Get Money Stay True eventually led Paul Wall to being viewed as one of the top hip-hop artists in the game during the 2000s. 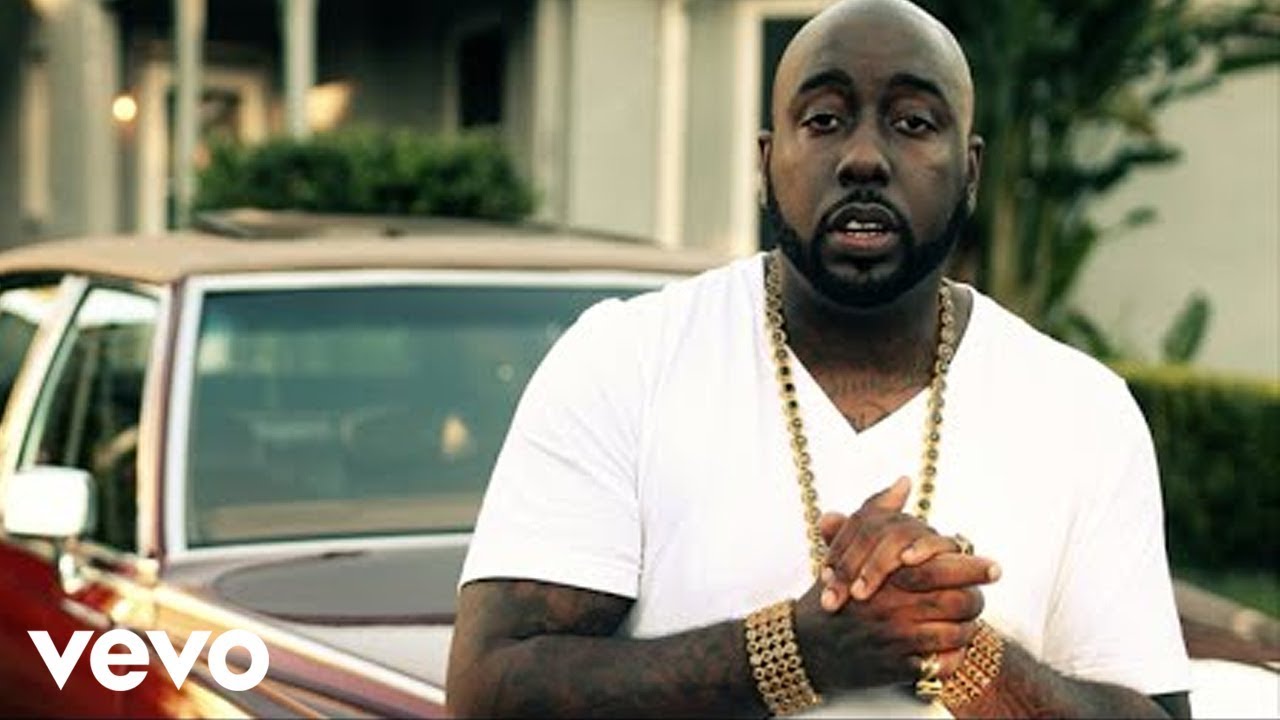 Of late, Trae Tha Truth has become more known for philanthropy and giving back to the community. Former member of SUC and Guerilla Maab, Trae Tha Truth had a solid career, releasing numerous albums and mixtapes, while becoming one of the most respected rappers among the hip-hop community.

For the 2010s, Dorrough had North Texas’s rap scene on lock. “Ice Cream Pain Job,” “Get Big,” “Walk Tha Walk,” Dorrough was one of the main rap artists carrying hip-hop for the club, releasing the top club records during the early 2010s and late 2000s. 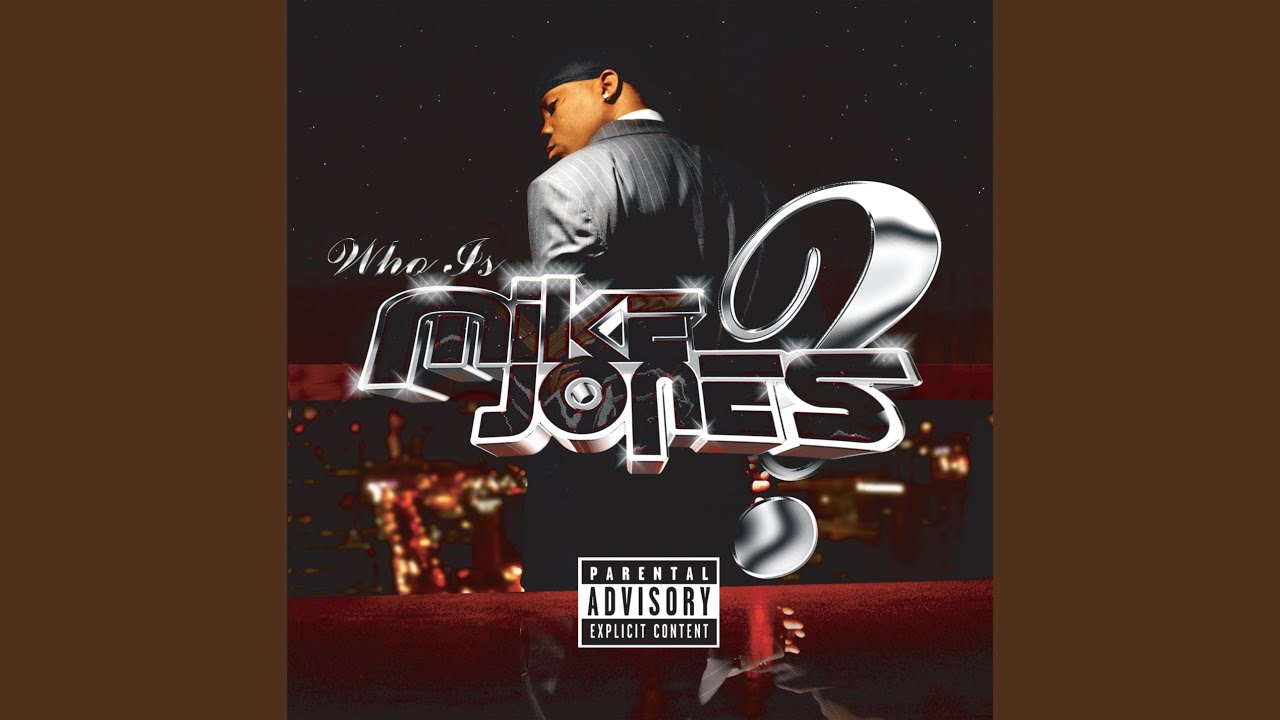 The man that helped raise national attention for Houston’s hip hop scene during the early and mid-2000s. With the catchy phrases, from “Who?” to stating his phone number, Mike Jones brought Houston to the world with Swishahouse’s “Still Tippin’.” Beginning with several Swishahouse mixtapes, Mike Jones finally received his shot at success in the industry with 2004’s Who Is Mike Jones. 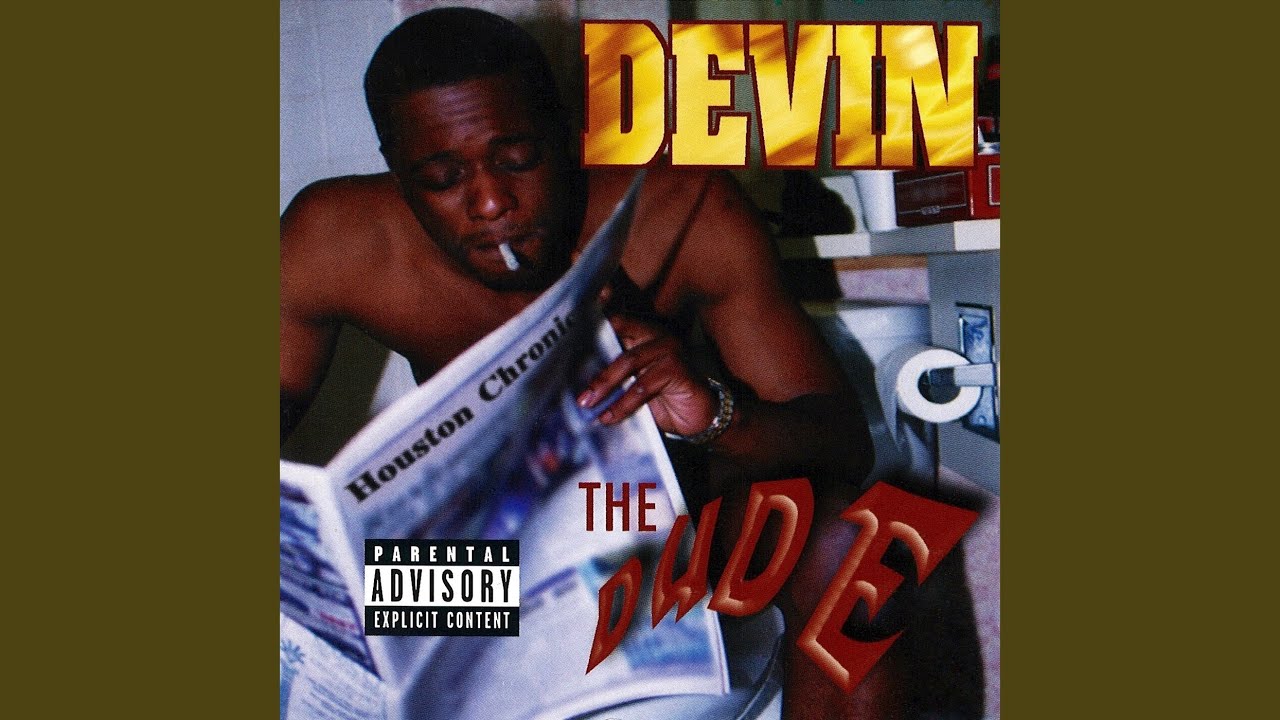 Known as one of the pioneering rappers of lacing hip-hop music with the cannabis culture, Devin The Dude’s laid back style led him to become much more than a Texas hip-hop artist, as his music reached fans and listeners and had people gravitate towards him worldwide. During his time in the industry, Devin The Dude was linked with the Coughee Brothaz, Facemob, and being one of the top artists on Rap-A-Lot Records, all while releasing songs like “Doobie Ashtray,” “What A Job,” and many more, basically enough to release a greatest hits album. 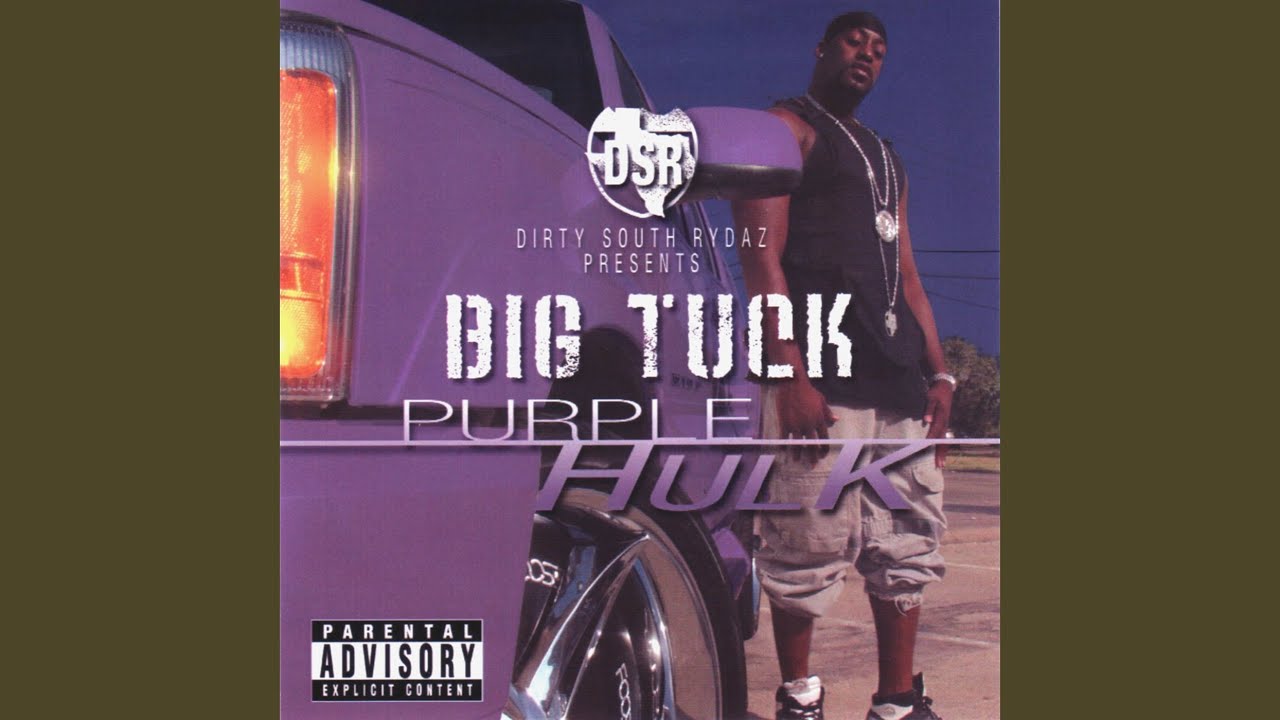 Possibly Dallas and the DFW’s all-time great, Big Tuck put North Texas on the map with songs like “Southside Da Realist” and “Not a Stain On Me,” becoming one of the top southern rappers of the 2000s through albums like Purple Hulk, The Absolute Truth, and Hell On Em. 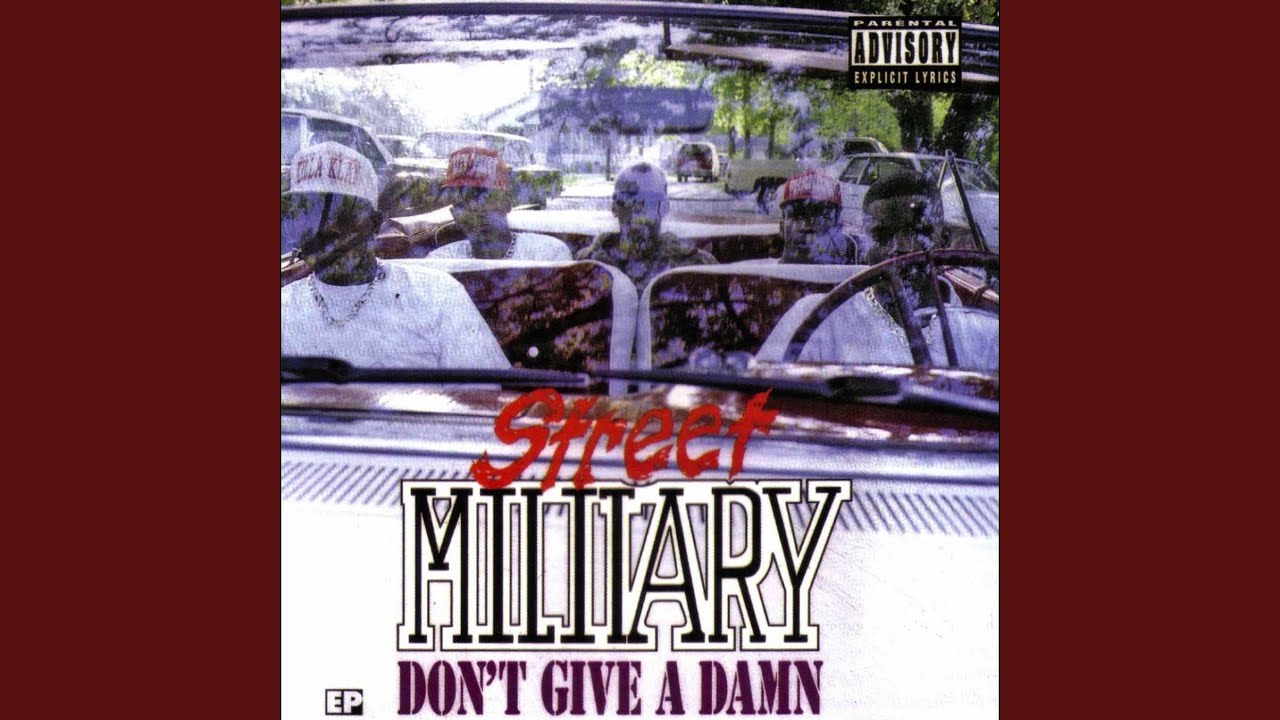 Their name gives the statement on what this group represents, the militarized streets of Houston, Texas. Known for their classic albums of Don’t Give a Damn and Next Episode, Street Military influenced many Texas rappers and were one of the top artists in the city during the 1990s, especially with no connection to the S.U.C, Rap-A-Lot, or Swishahouse.

North Side and Acres Homes own, J-Dawg started with the Swishahouse before later linking back with Slim Thug and officially becoming one of the main members of Boss Hogg Outlawz. Years of featuring, J-Dawg would breakout with the hit song “Ridin’ On 4s.” Eventually, J-Dawg would release one of the greatest Texas hip hop albums of all-time, Behind Tint, Vol. 2.

One of the few legendary Texas rappers representing for the DFW (Dallas-Fort Worth), Tum Tum would become southernly known during the 2000s, releasing tracks like “Caprice Music,” all while being one of the few representations for the city of Dallas. 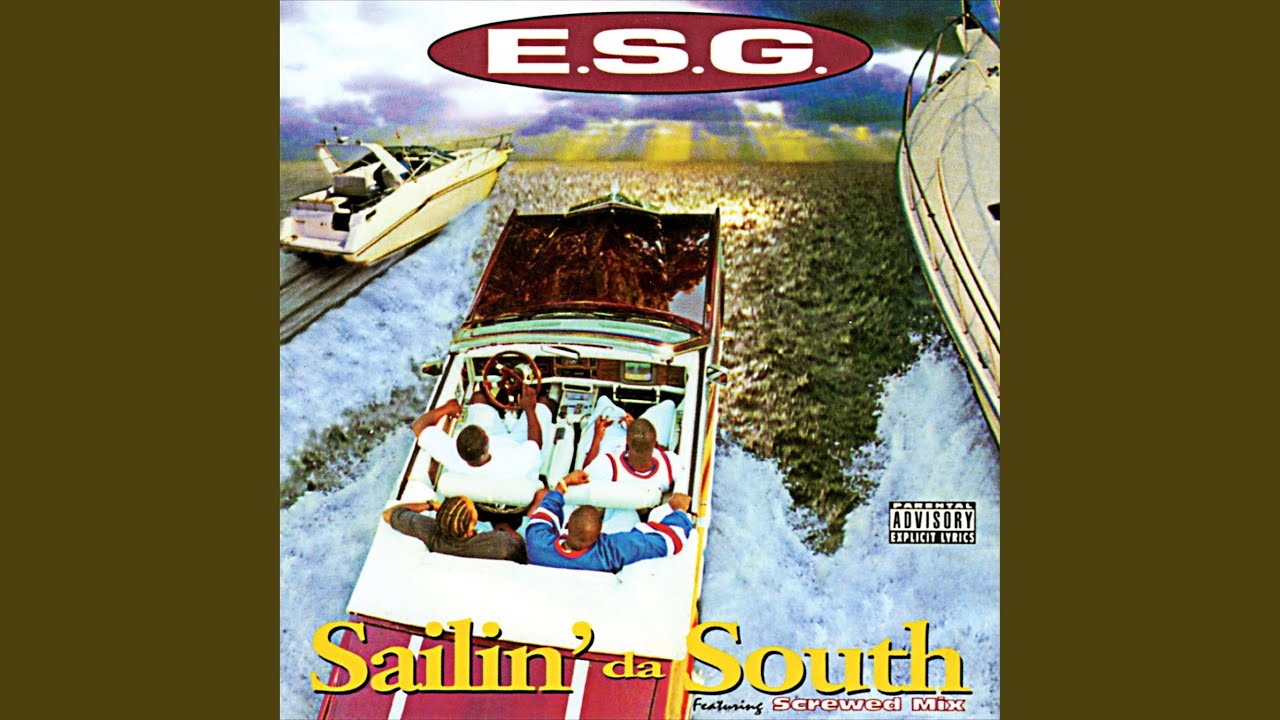 A South Side of Houston and Screwed Up Click legend, ESG was one of Houston’s most standout artists, carrying a style like no other. From being one of the favorites of the S.U.C, to becoming one of the first to squash the old North Side vs. South Side beef in Houston by linking with Slim Thug, not to leave his own individual classic records, E.S.G is among southern royalty. 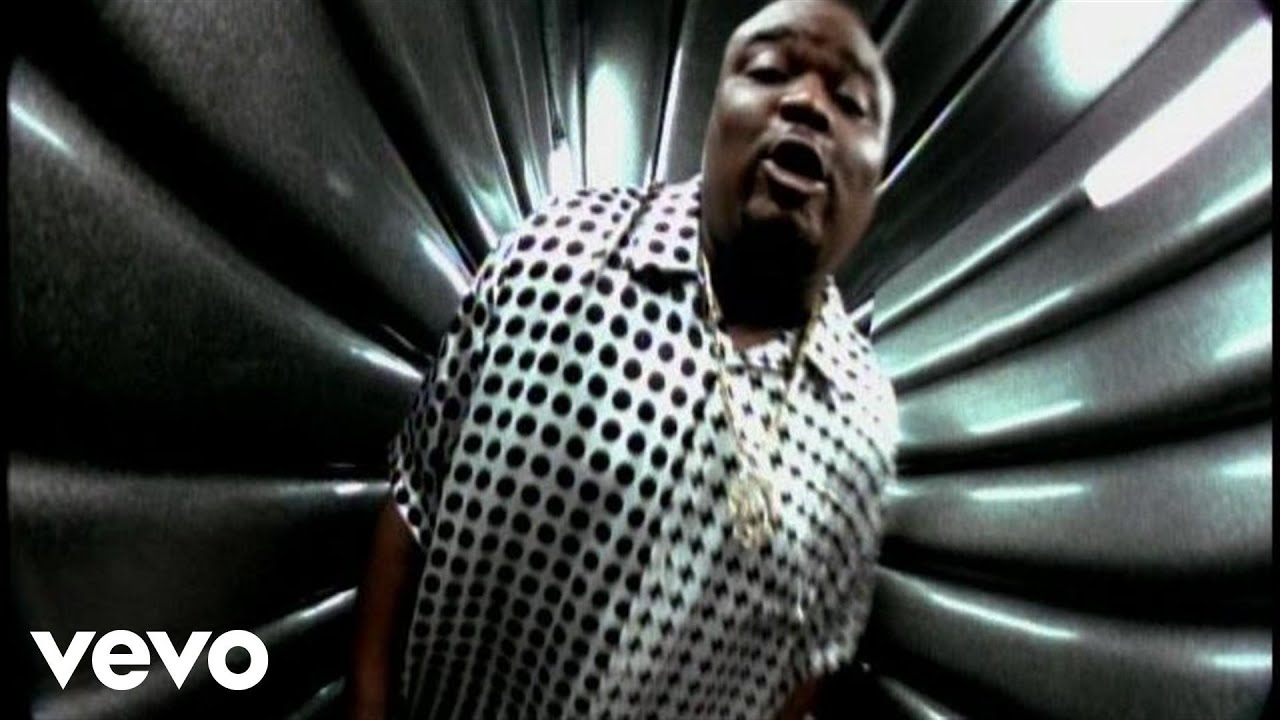 One of the biggest rap hits of the late 1990s, Lil Troy became famously known for the classic “Wanna Be a Baller” and his debut album Sittin’ Fat Down South. Lil Troy would continue to release two more projects following his platinum selling debut. 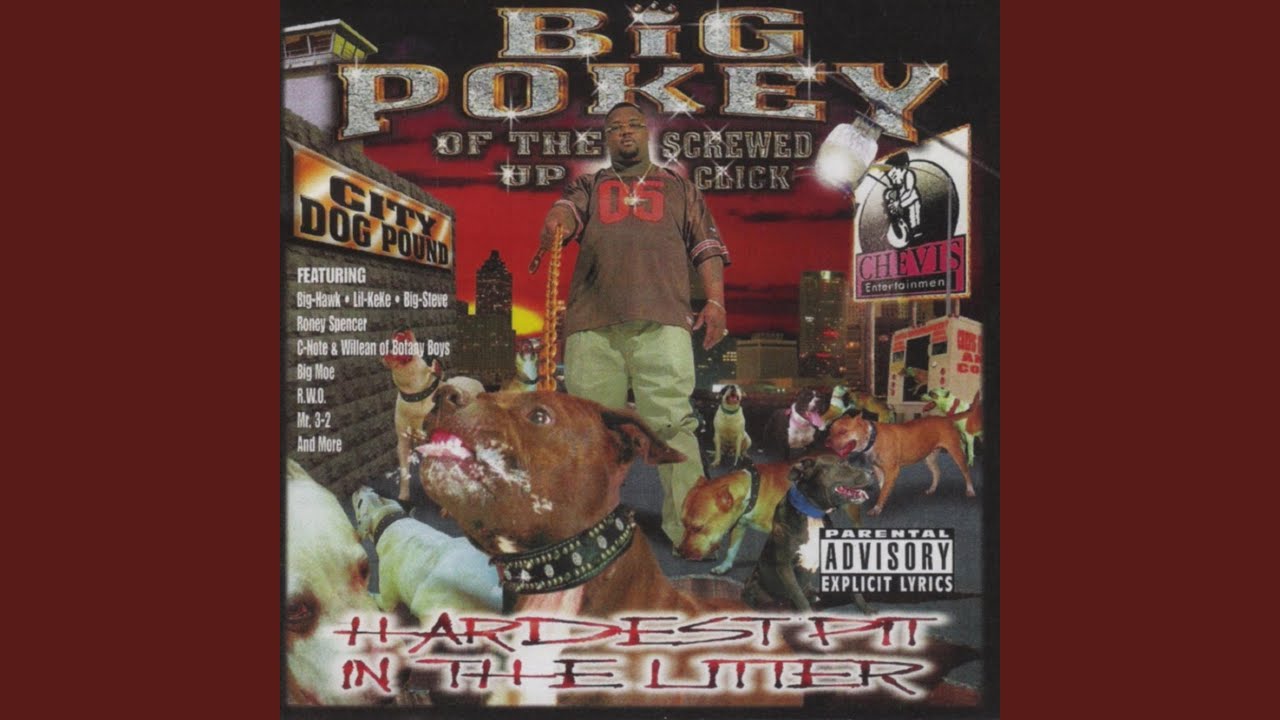 A continued list of S.U.C legends, Big Pokey was another top artist on DJ Screw’s mixtapes, but truly becoming known himself with his debut release of Hardest Pit in the Litter. To the outside world of Texas hip hop, Big Pokey became known featuring on Paul Wall’s Sittin Sidewayz, but to the Third Coast region Big Pokey was really known from his raw and uncut delivery through numerous of releases throughout the 1990s and 2000s, while continuing today.

One of the best lyricist and one of the few Texas rappers that showed artistic abilities on a whole another level, K-Rino was not your typical Houston hip hop artist. One of the city’s earliest rappers, dating back to the early 1990s, K-Rino has a slew of albums, showcasing his unmatchable levels of artistry, becoming one of Texas hip hop most underrated rappers. 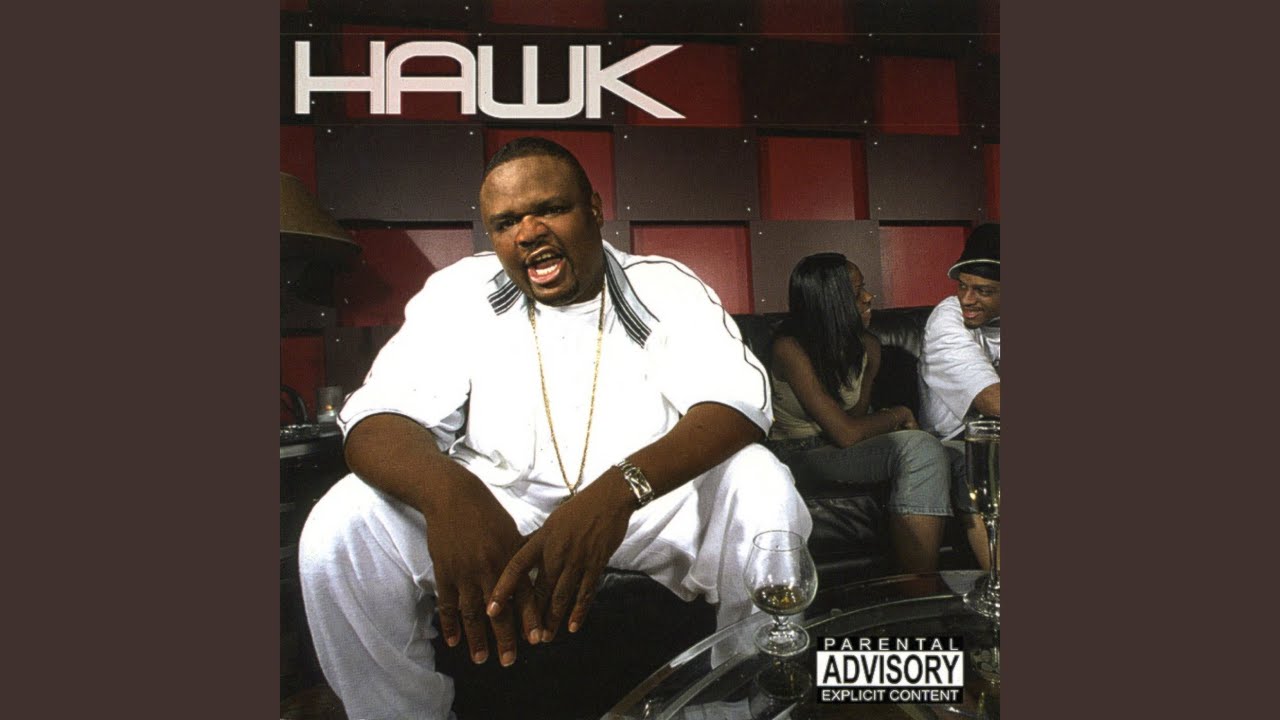 Another member of the S.U.C, as well the DEA rap group from South Acres’ Dead End neighborhood, Big Hawk was well known and well liked within Houston’s rap scene, often looked highly upon due to his connections with numerous Texas rappers, his laidback style and slick wordplay, and for releasing all-time favorites, like the album HAWK.

*No Order. Artists placement is a combination of a number of hits, longevity, impact, legacy, and current streams and views.